Monkey, like most toddlers, loves getting outside and burning off some energy. So while I would probably prefer to snuggle up in the warm and watch a film, he is generally itching to get outside and have some fun. The good news is that for the most part he is easily pleased with regards to what we do when we are out there and doesn’t need some hugely imaginative activity. The simplest things really are the best sometimes, so here they are, 5 cheap fun ways to play outside in winter.

This post contains a few affiliate links, so basically if you were to click on the link and buy something it wouldn’t cost you extra but I would receive a few pence to go towards the upkeep of this blog (so far earnings from affiliate links have been negligable so not entirely sure why I bother with them) and I never link so something I wouldn’t buy myself :).

A lot of these we do in our garden as it is the easiest place for us to go when LM is having a nap but you can do most of these things out and about if you don’t have any outside space of your own. 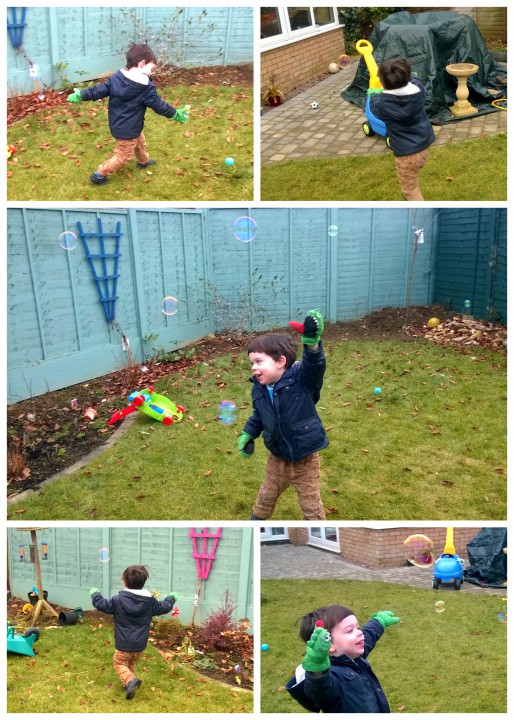 An oldy but a goody and suitable for all times of year really. You can make your own bubble mix (though I haven’t dared to try yet I will admit) which makes it uber cheap or I picked a huge bottle of it up from a garden centre for only a couple of quid. The best investment we have made for bubble fun is a bubble wand. You can get one from amazon

for less than £2 so we are not talking a huge investment, but they do make the best bubbles :).

Monkey loves running around the garden chasing bubbles around and they are a great enticement to keep him moving when we are out and about too! 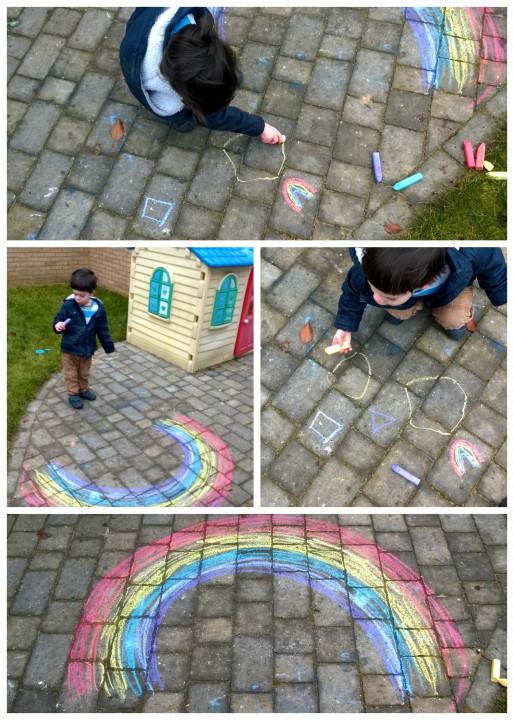 Pavement chalks are great fun as they wash off in the rain. We have been known to take them out and about with us as great entertainment that do no harm to anyone. We chalk numbers, letters, shapes and even dinosaurs and rainbows! Admittedly most of the big things we chalk at the moment are drawn by Mummy and Daddy but Monkey is getting really good at doing the zigzags down the dinosaur’s back and likes drawing circles and all sorts really. I am sure in time he will take the lead and get really creative. We picked some chalks up from our local supermarket but someone bought us these Crayola ones

which I have to admit are fantastic as they have a nice point and were even a bit resistant to snow! 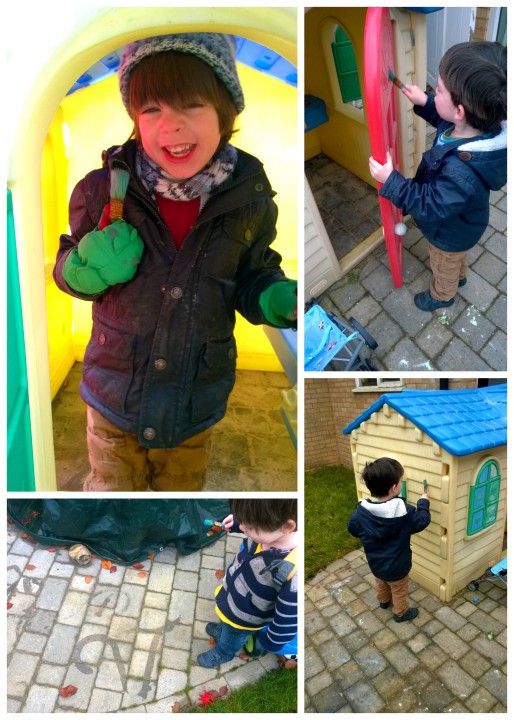 Give Monkey a paintbrush and a puddle and he will occupy himself for ages painting, decorating, cleaning, and generally pottering about the garden. He just uses a brush that we got as part of a crafty set and after being outdoors for a while it has now started to rust a little on the metal bit, so a fully plastic one may be better, but whatever you have works. For a while he was using a really old paintbrush of ours… which he would probably still be using but I don’t know where it went – it possibly got buried or something :). It’s a great way to practise numbers, shapes and letters too. Once Monkey drew a huge 2, though I think it was a fluke! 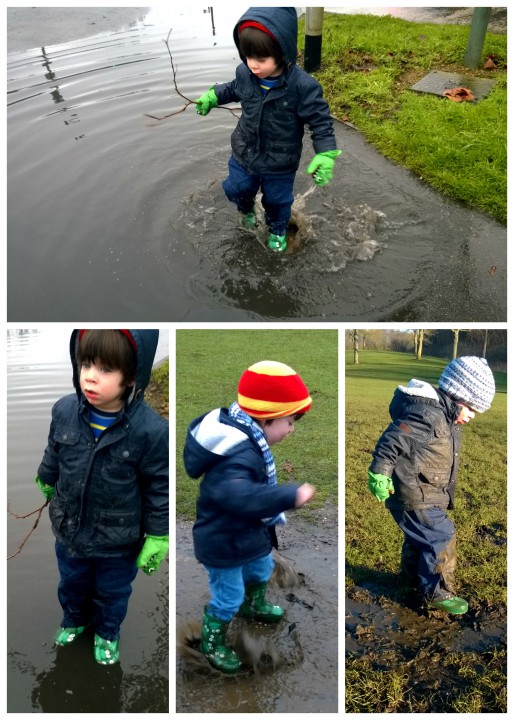 Great for rainy days and a firm favourite with most kids I think, puddle jumping! I do recommend a good pair of wellies and waterproof trousers/waterproof all in one to make the fun as comfortable as possible and make it last. We bought Monkey a huge pair of waterproof trousers that were far too big initially (I think I bought them well over a year ago) but fit perfectly now and still have a bit of room to grow – so I am definitely getting my money’s worth out of them! it is nice to know that I don’t have to worry too much about spare clothing too as he can splosh to his hearts content and stay nice and dry. A few weeks ago we found the biggest puddle ever! Great fun 🙂 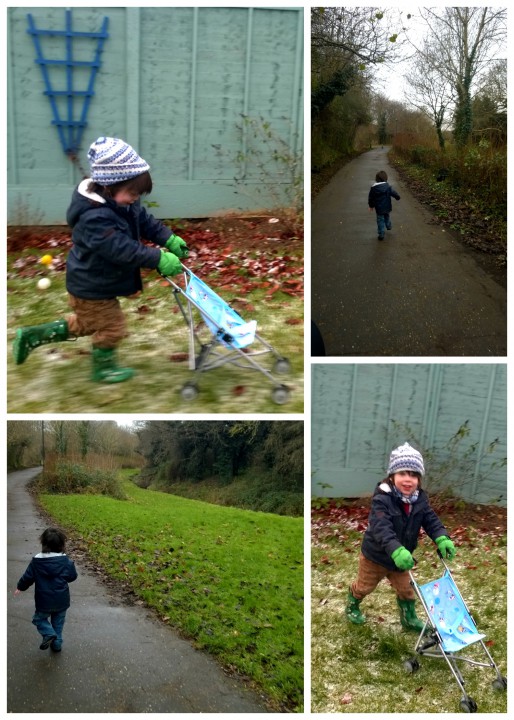 If all else fails there is just good old running around. Monkey likes to run pushing things for some reason. He has a little wheelbarrow and a really rubbish cheap plastic lawnmower, but his favourite thing to push round the garden is his little toy buggy

. He adores haring round the garden pushing the buggy round, and I have to admit I prefer him doing in the garden than in the house – there is a lot less things to crash into. He also likes just running around chasing each other too, or running up and down hills so no need for any props really!

Do you like playing outside with your kids, even in the winter? Or are you looking forward to getting out more in warmer days?