Sunday was a pretty perfect day for the most part. One of those days that are just lovely and reminds you how much you love your life. We have been so busy the last month and there seems to be an endless list of to-do things but Sunday we decided to take things a bit easy. We had some leftover roast ham in the freezer and decided to do all the rest of the roast bits to go with it. We had planned to pop and see hubs’ parents that morning but invited them to ours instead to share our roast with us.

We had a lovely morning playing and cooking then I have to admit a lovely roast dinner. It was one of those times when the roast potatoes, veg and yorkshires all miraculously turn out right haha. The negative was that both kids decided to kick off as we sat down to eat. Monkey was eventually reminded tha he does like yorkshire puddings, stuffing and sausages (though of course wouldn’t even try the veg) but LM was pretty miserable, she has back teeth coming through which is causing her a lot of pain. She has always been a good eater but at the moment she is getting fussier and I am hoping it is just because her teeth are causing her problems rather than her going down the same path as her brother!!

Anyway she did eventually settle thanks to cuddles with her Granny and then her and Monkey had some very lovely times together while we were at the table. She thinks her brother is the funniest person alive and laughs her head off when he is silly and tries desperately to copy him! 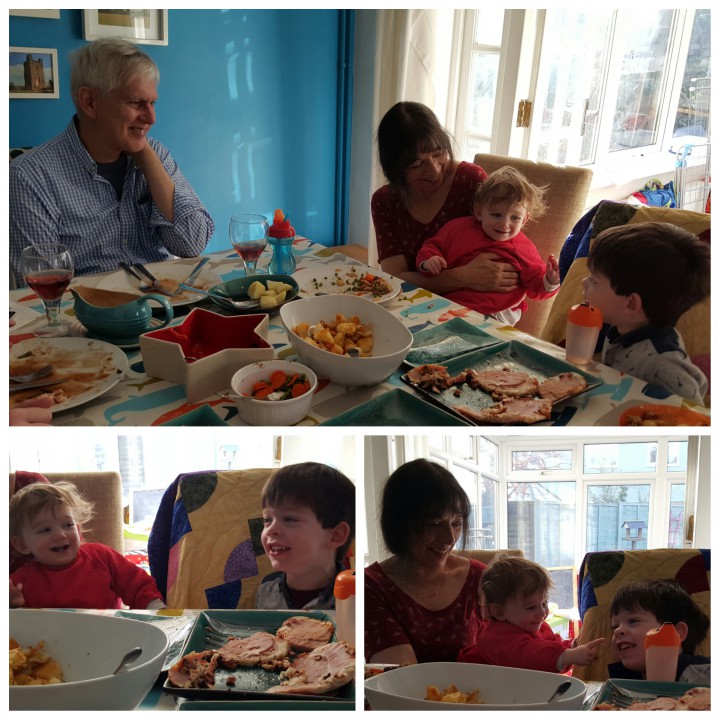 After lunch while we cleaned up Monkey and his Granddaddy had a fab playtime. Monkey was basically throwing balls at his Granddaddy and while that isn’t normally allowed, he and his Granddaddy were laughing so hard that I didn’t have the heart to stop it. They were having so much fun together it was really very lovely. 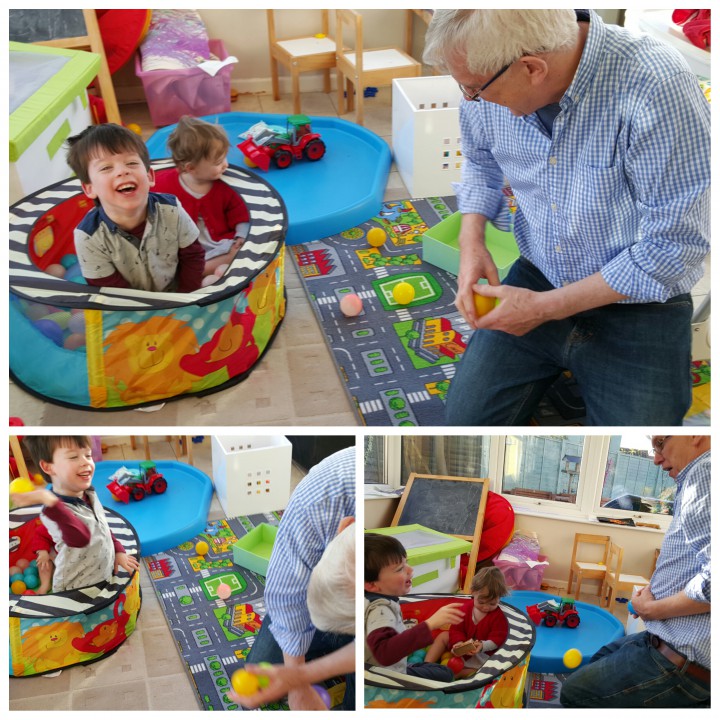 Later that afternoon after G & G had headed home, hubs’ younger brother Uncle Simon popped round for a play. We had so much fun playing with a couple of Monkey’s games together and it was a lovely peaceful afternoon while LM slept. 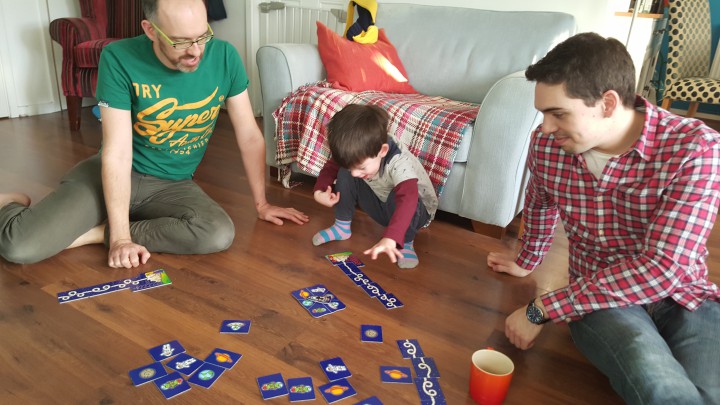 I also managed to get a template done for the picture wall we have been planning for ages, in the hope of finally getting it on the wall. Once LM was awake the kiddies and I wrapped up warm and went outside for a good old explore and run around while Daddy was hanging the pictures for us. Monkey has suddenly got the hang of scooting and goes so fast so we soon left the confines of the back garden and went on some of the longer paths nearby.. and he was miles ahead! I do love seeing LM toddle about in her wellies and wooly hat too 🙂 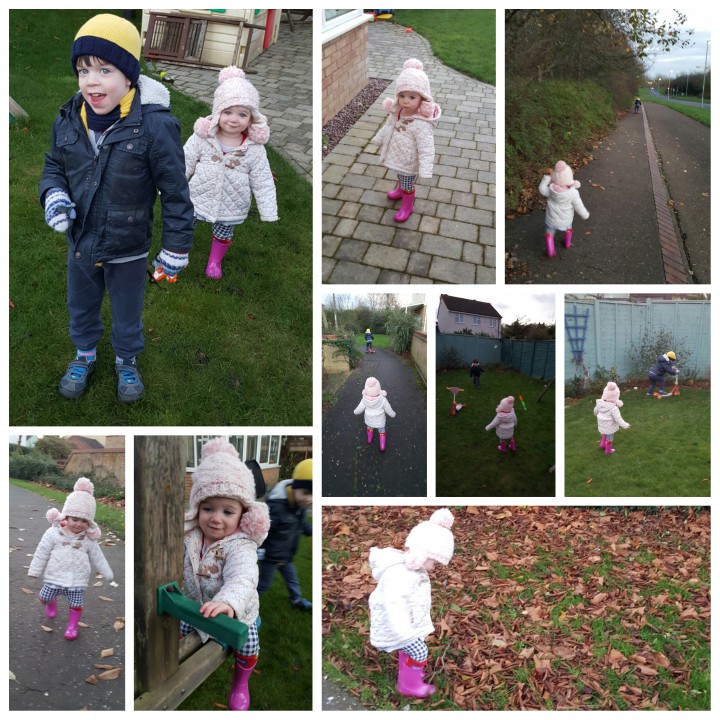 Monkey then decided he would like to go on his bicycle that we got for his birthday back in May. He has been on it a few times but so far can’t get the hang of pedalling. Daddy came out to help him and though it was getting pretty dark by now he did manage to make a bit of an improvement with his pedalling so hopefully he is getting there. 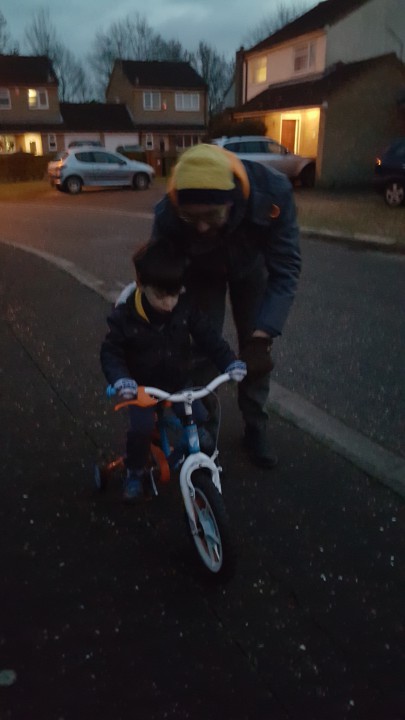 Soon it was back inside to check out the finished photo wall which I have to admit I am totally in love with! We wanted to do something with the photos from our awesome family photoshoot back in the summer and the photo frame we did have in the hall had fallen off a couple of times so was looking a bit shabby. I love the colour and variety of these frames and am just so pleased with how it has all worked out. I love a good photo wall! 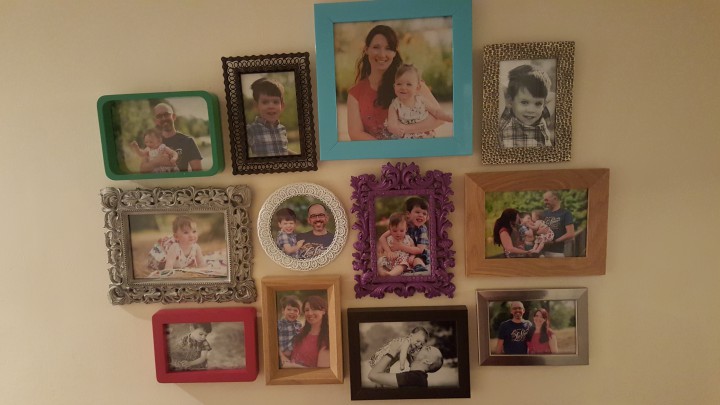 We did the kids some tea (we both ate so much at lunch we weren’t hungry!) then they had a lovely bathtime together full of laughter and lots and lots of splashing. 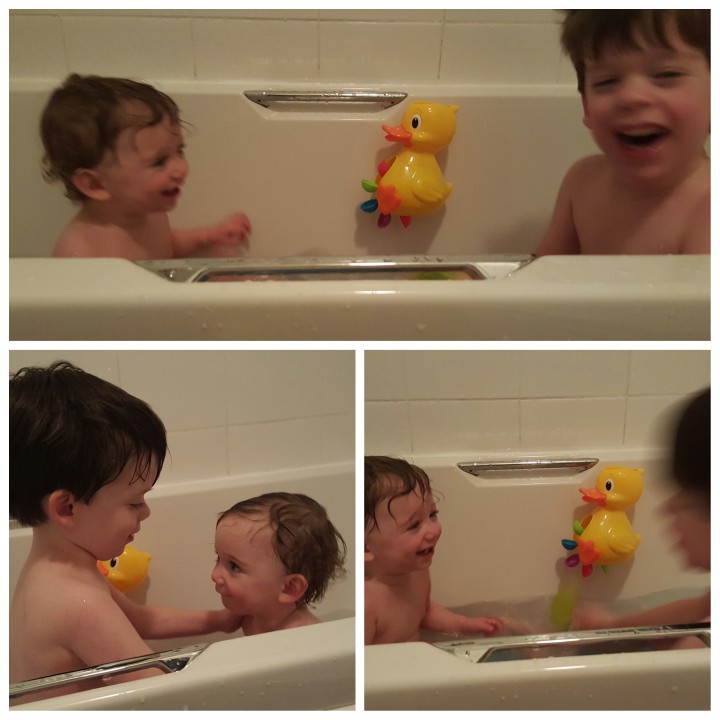 That evening with the kids in bed hubs and I snuggled up and watched The Secret Life of 5 Year Olds on catch up which is just hilarious. Then, just as were going to bed, we suddenly heard Monkey coughing with the distinctive bark like cough we have come to know and dread. Croup. Again.

We were terrified the first time he had it and again when LM had it and couldn’t believe he had it again. His breathing was laboured and he was very distraught and struggling to catch his breath, so as ever we don’t mess around with breathing, and we called 999. (For the 3rd time ever and the previous twice also being because of croup!) The fast response paramedic was wonderful and so good with Monkey, and Monkey was so brave with all the tests that he did. We managed to calm him down so he was breathing better and his stats were fine so we avoided a trip to the hospital.

It was a night filled with worry though as he still had the horrendous cough and obviously lying down made things worse and his breathing was very laboured at times. You can’t help but worry and it is so hard to sleep as horrible thoughts just fly round your head, while you also feel really daft and like you are over-worrying. Hubs spent over an hour at one point sat outside his bedroom door listening to him until his breathing settled.

So our pretty perfect Sunday had a less than perfect ending, but all is well that ends well and it could have been so much worse. He is still poorly as I write this (Tuesday) and last night he was still barking in the night. Hopefully tonight will be better and he will gradually improve.

16 thoughts on “An almost perfect Sunday”