Monkey was born with a head full of hair, then he went a bit bald on top and looked like a monk, but then it started growing as fast as Rapunzel’s hair and he has a lot of hair for his age. We let it grow and let it grow and he had a very cute, shaggy style. Some people commented that they thought it was cute, and a bit of a rocker hairstyle. Others (like my parents) thought it was too long and a bit girly looking. We quite liked it but it got to the point where his fringe was getting in his eyes and having it swooped to one side didn’t really suit him so we decided it was time for a hair cut.

But, we were nervous. Neither of us liked the idea of trying to keep him still in a hairdressers chair at 12 months old, wriggling and squirming with someone waving sharp scissors around. Nor did we want him to end up looking like he had a basin cut if we decided to do it ourselves. We talked it over a bit and in the end decided to do it ourselves but to try and keep his hair as choppy as possible and not too straight edged. Because we are both planners we had lengthy conversations about the methods hairdressers have used when cutting our hair in the past hehe.

So anyway we set to it, while he was playing nicely and quite occupied in his high chair, and we didn’t do too badly. It took a lot of snipping here and there, and as he got fidgety in his chair, we were even just following him around with the scissors, snipping a bit here and there when he was focussed on something! Obviously don’t recommend this method but it worked for us hehe. Here is a bit of a before and after for you 🙂 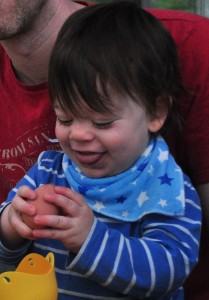 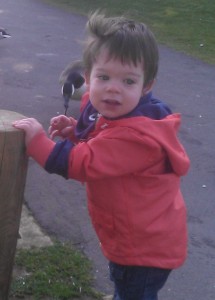 Anyway we have just done a second haircut as it was still really thick on top and it was making his head look a bit mushroomy as it grew. Here’s another before and after 🙂 The pictures aren’t that great I’m afraid, particularly the after, he did not want to stay still for photos this afternoon bless him! Anyway think you can get the idea of the difference! 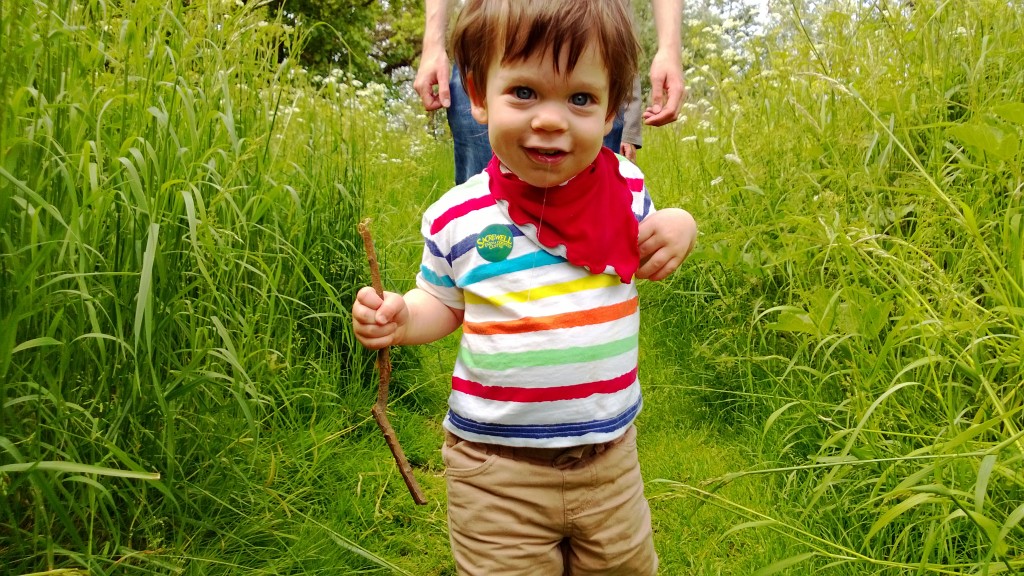 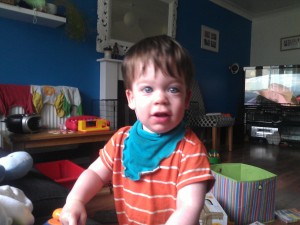 In other news, we had my aunt to stay with us this weekend, which was very lovely, and as the weather was nice we visited a local farm centre, Sacrewell farm. Hubby and I had both been there as kids but not for years! In some ways it had changed but in others it was exactly the same as ever. Monkey was a bit baffled at first and then, bless him, terrified by the noisy sheep bleating. And I do mean terrified, crying and clinging on to us for ages! He was fine with chickens and cats and donkeys but the shire horses scared him a bit too, probably because they are just so big! 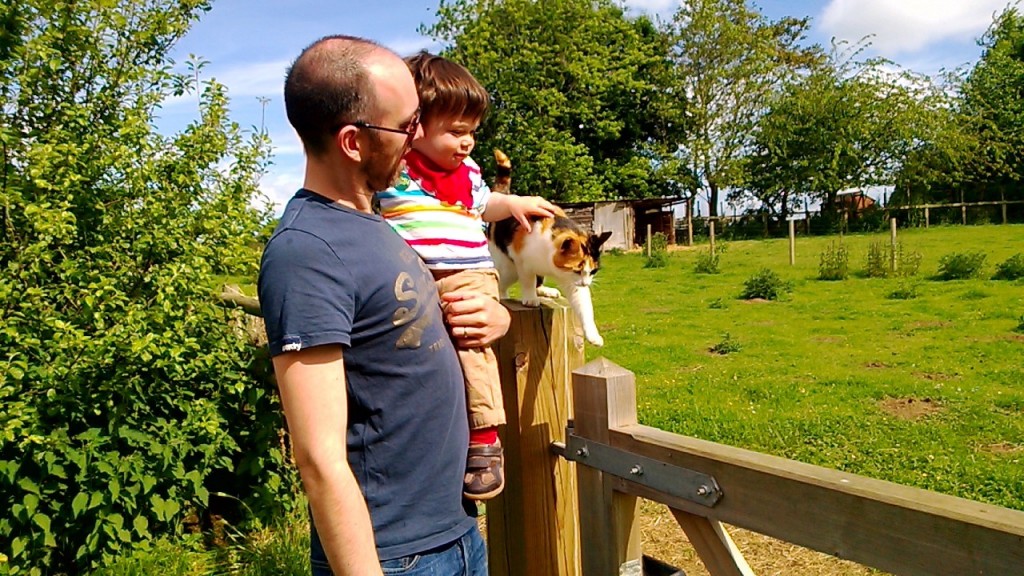 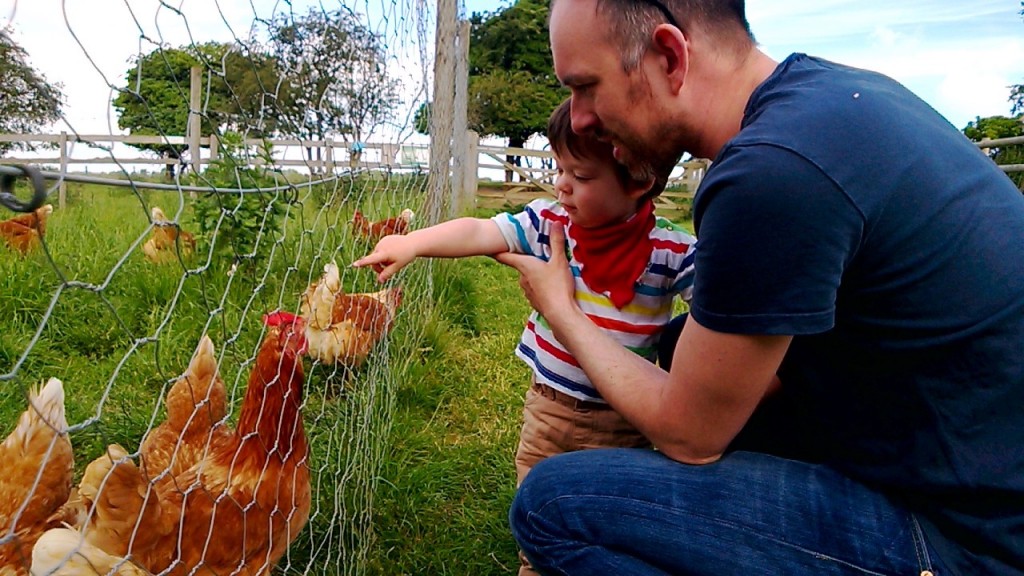 They also have some beautiful peacocks roaming around but Monkey really wasn’t keen on the noise they were making either bless him! Quite funny really. He did have a lot of fun in other parts of the farm though which was lovely, it just meant that we didn’t stay there quite as long as we had planned to. I’m sure he will love it as he gets older and a bit less scared! 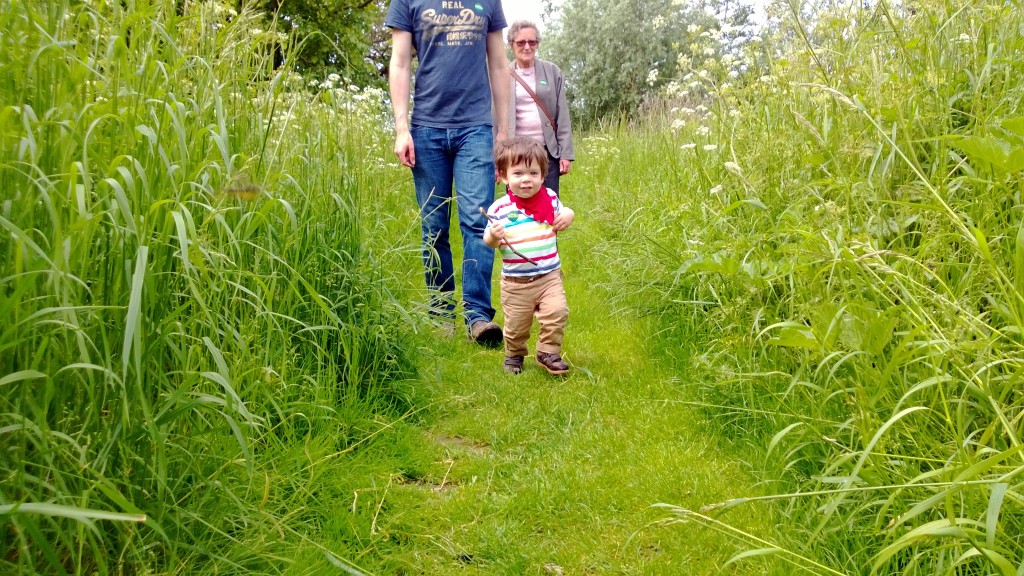 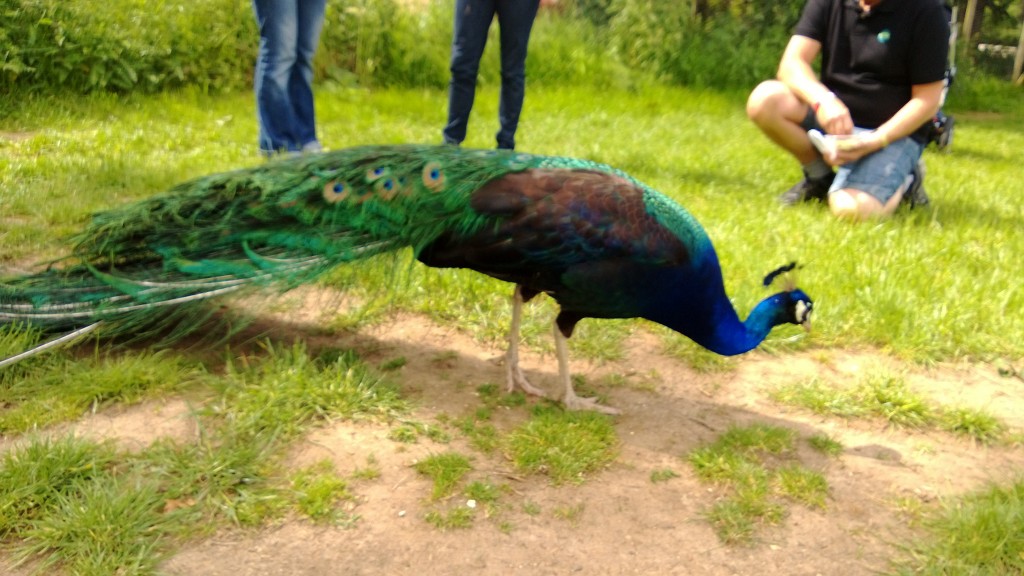 For anyone who is interested I have been beavering away with my granny squares and now have over 50, so nearly a third of the way through. Having a bit of a lull yesterday and today so need to refocus again and do some more! Will keep you posted! 🙂

2 thoughts on “At home haircuts and being scared of sheep!”