I saw this idea on A Whole Nine Months and thought that as her little boy is younger than Monkey, and obviously enjoyed it, that we should give it a go…. But, have to be honest, I kept putting it off! I just wasn’t sure how it would go, whether he’d be interested in the nature hunt side, and how much mess we’d make with the painting… But that’s the point of the Creative Challenge, pushing myself to step outside of my comfort zone, and be more creative, with playtime in this case!

So one day we headed out on a little nature hunt and to start with it was mainly me doing the hunting part, while Monkey spent a good few minutes hugging a tree?? 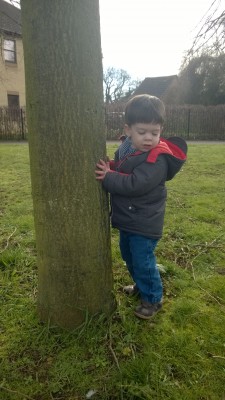 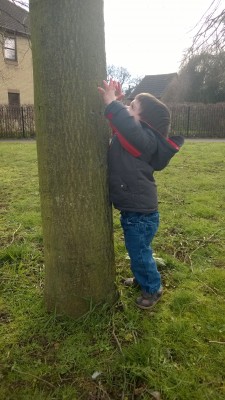 Though he did get quite interested in a feather. 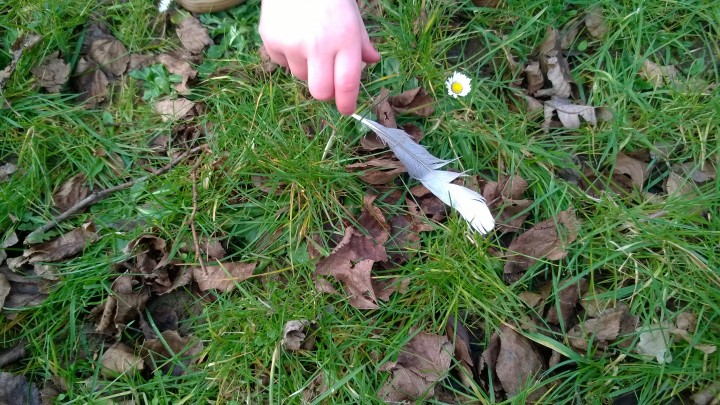 But then he got a bit obsessed with a stick, ok, branch and tried for ages to bring it with him. 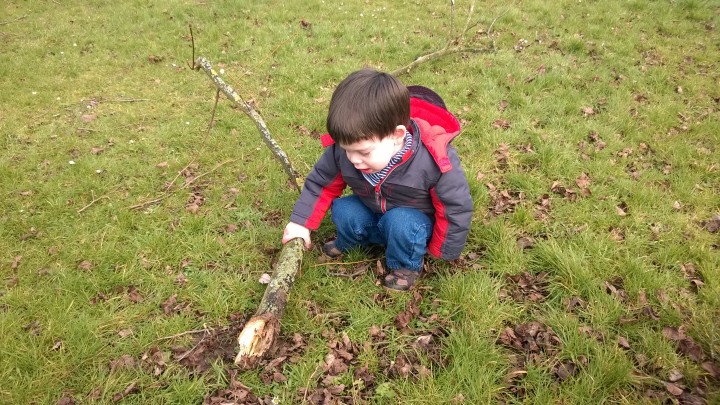 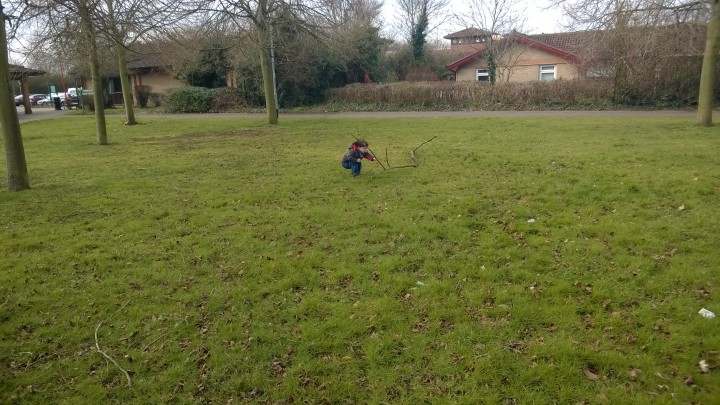 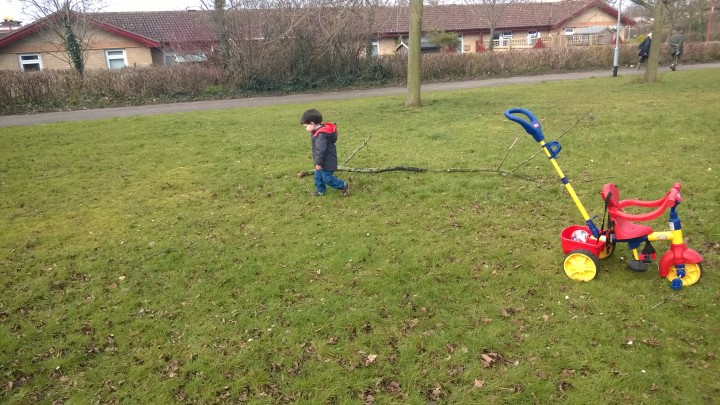 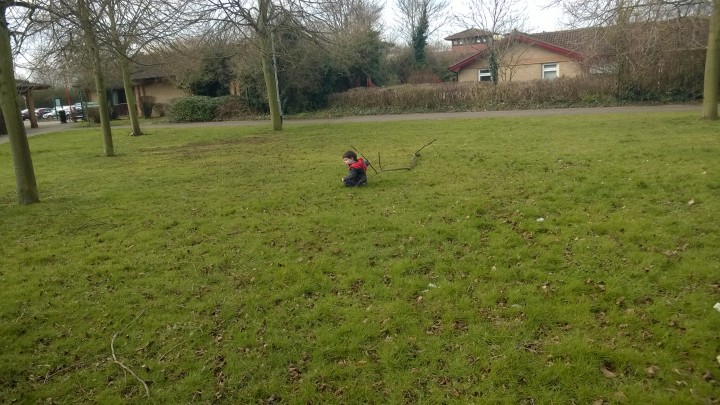 He was honestly doing this for AGES, I have loads of photos and a couple of videos of it. He’s such a determined little Monkey but eventually I persuaded him it was a bit too big to carry and we did a bit more nature hunting. 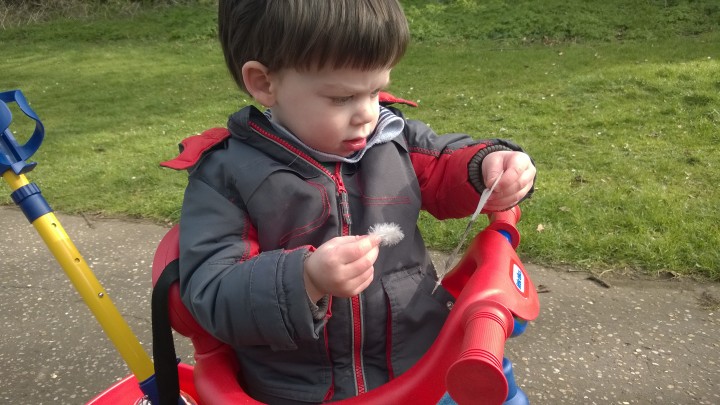 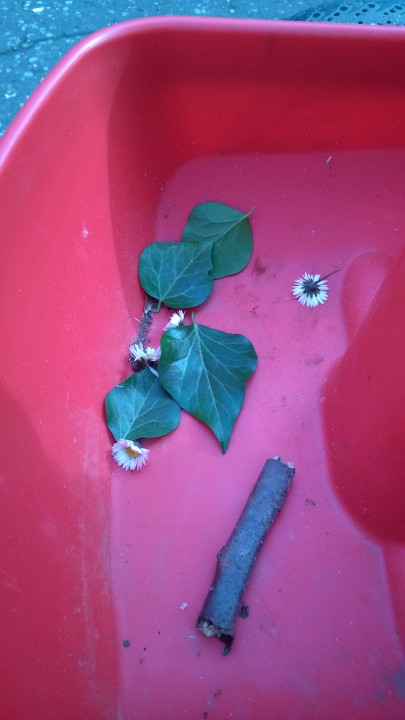 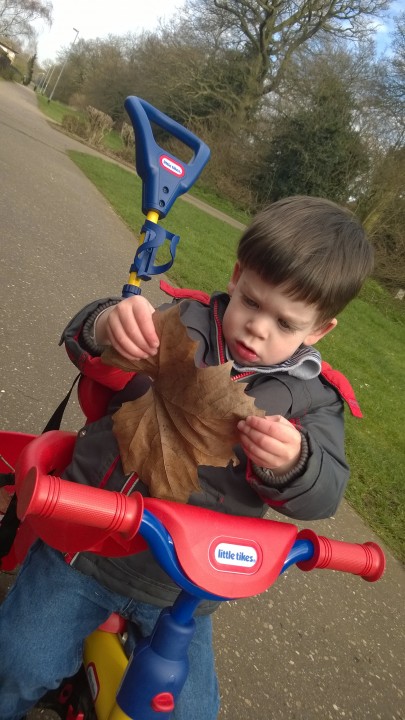 Then it was home and time to get the paints out! We also noticed that one of the daffodils in the front garden had been trampled at some point so we picked that up to explore with too. 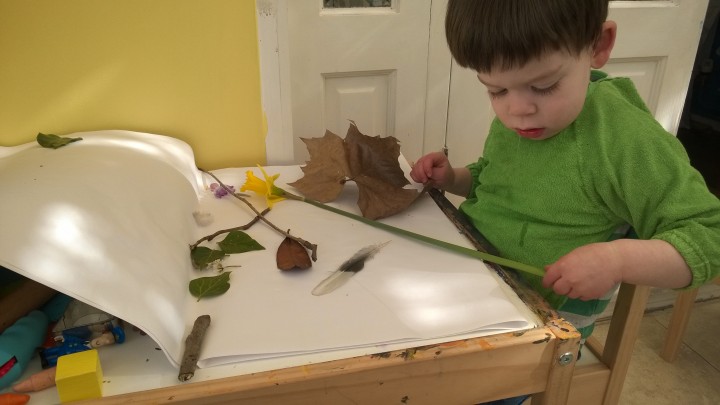 And, basically, he had a whale of a time, exploring the leaves and twigs in the paint.. 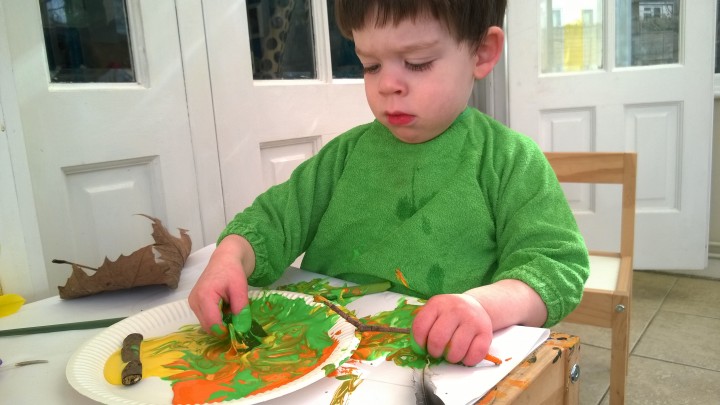 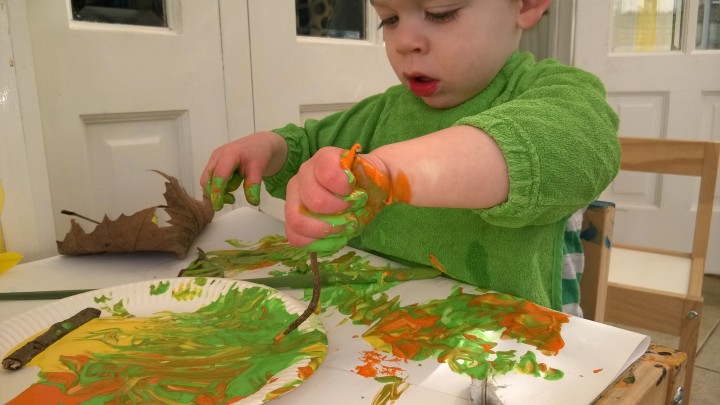 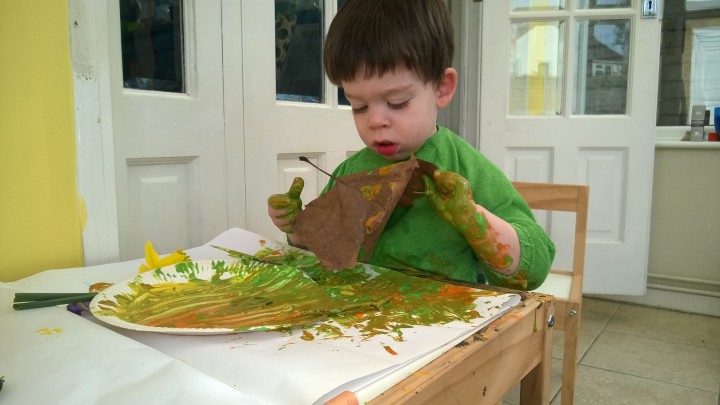 and generally just getting really messy 🙂 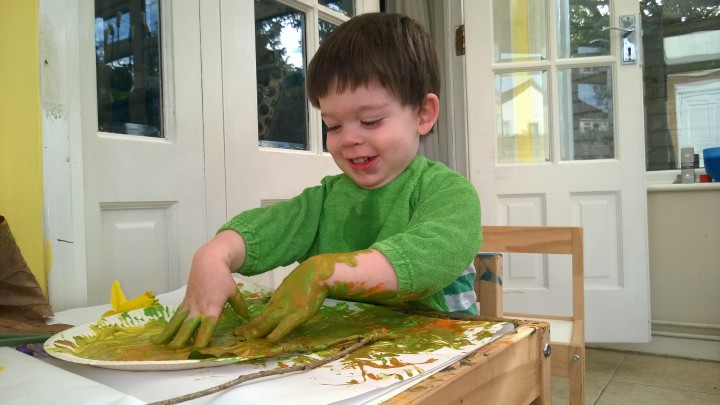 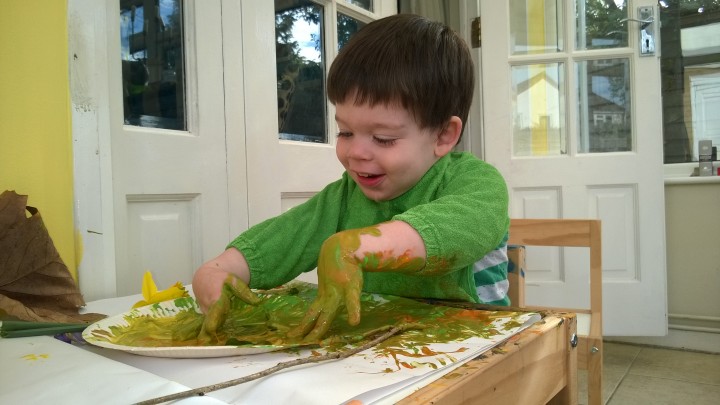 So all in all, lots and lots of fun and definitely worth a try – and with the two elements this took up quite a large chunk of the day – which is always excellent in my view! 🙂

Have you been on a nature hunt?