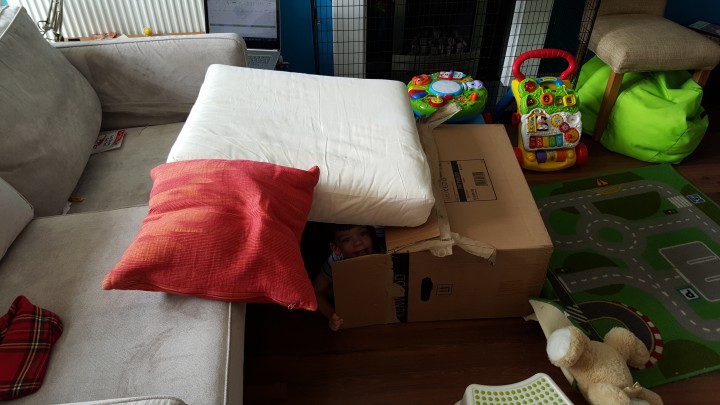 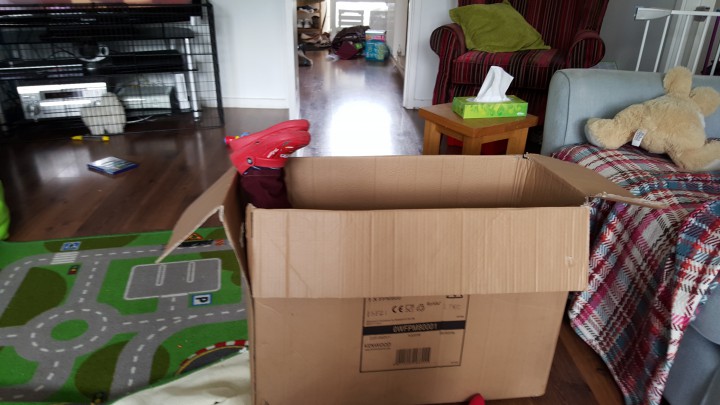 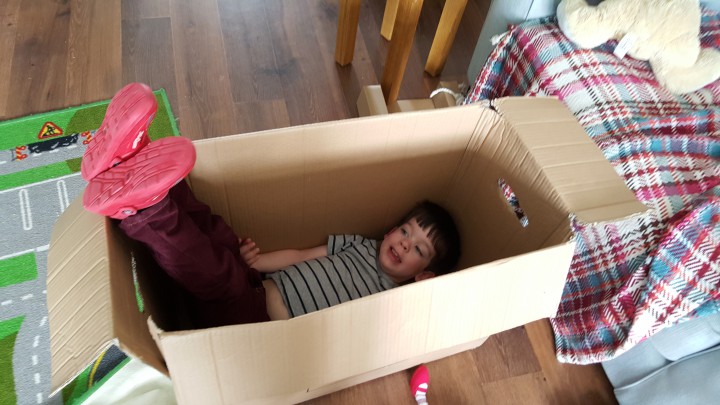 It was a bus for a while 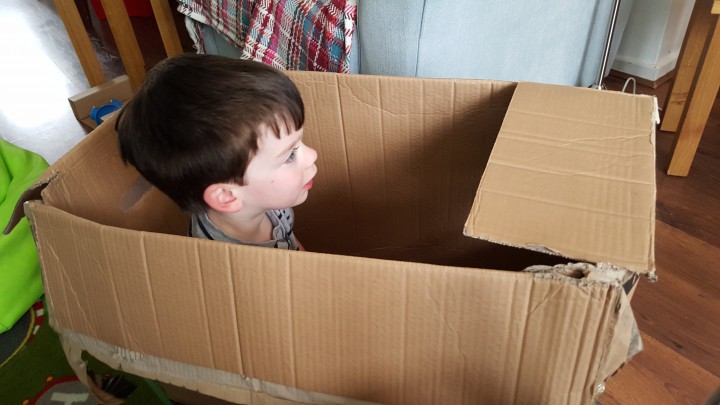 Then he had so much fun making it a den again this time with just a blanket over the top and playing peepo. 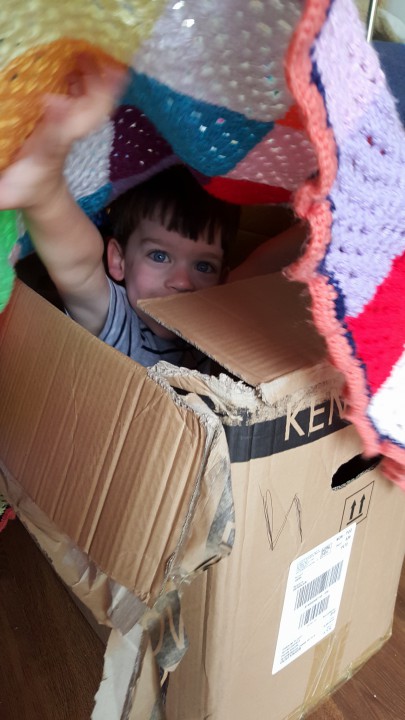 Especially when the box then fell over with him inside! 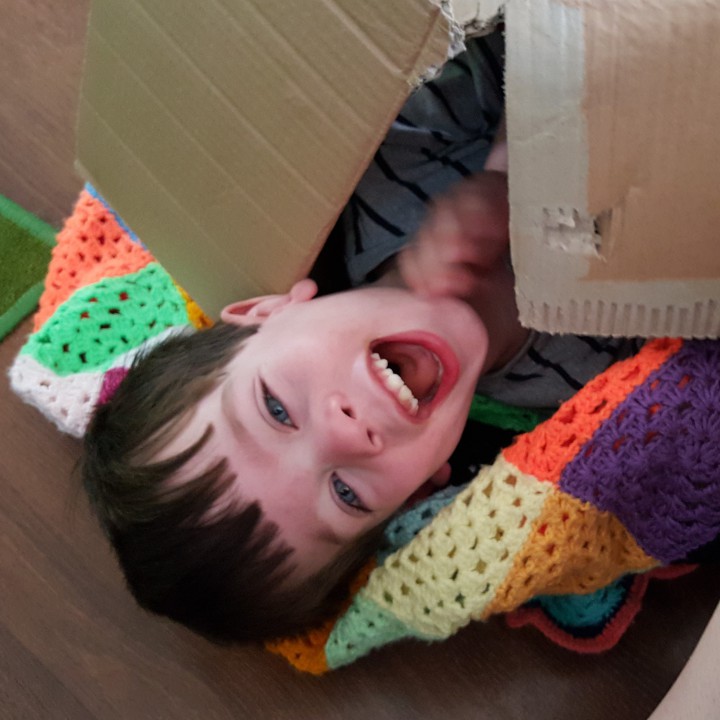 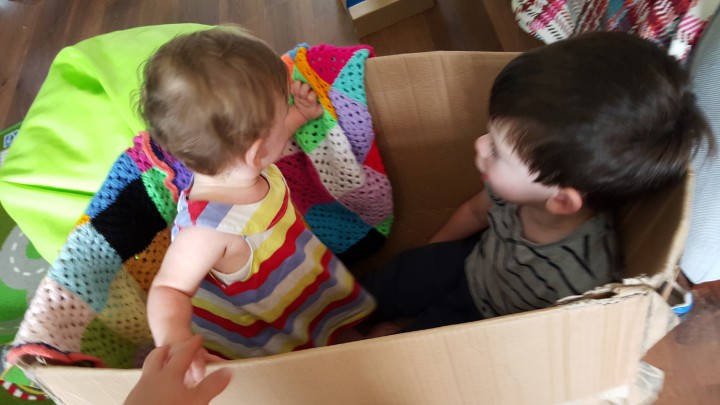 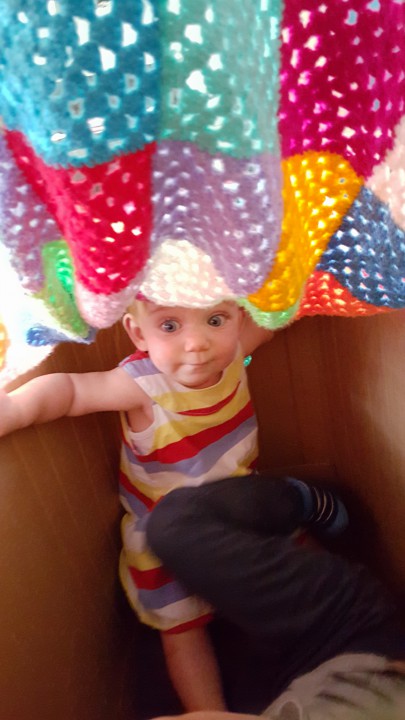 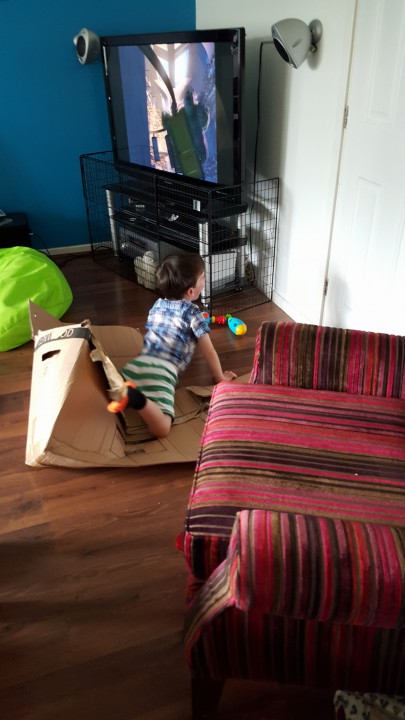 And finall a great hiding place (can you see his fingers on the top? The only clue I had to where he was lol!) 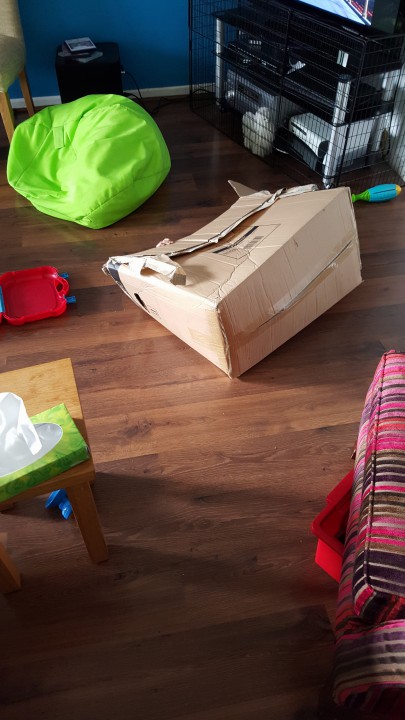 16 thoughts on “Fun with a cardboard box”