Sometimes Monkey announces he wants to make something with me and after much head scratching I either a) give it a go and fail massively, producing something really rubbish, or b) persuade him that doing something else would actually much more fun and seriously hope he forgets his idea.

Other times, he says he wants to make something, and a flash of inspiration strikes. Thankfully this is what happened when Monkey announced last week that he wanted to make a Go-jetters Jet Pack last week. Becuase the feedback on social media and here has been so positive about said jet-pack I thought I would share the very simple method of making it.

1. Raid your recycling bin/junk modelling supplies to find the following.

2. Cut the tops off the bottles and the bottom from the cereal box. Insert into cereal box and affix as best you can with Duck tape. (Try not to get too annoyed with tape sticking everywhere but where you want it to). 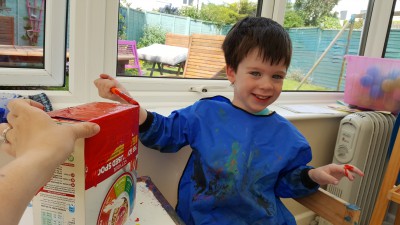 3. Mix Paint with PVA glue to make it stick to the glossy cereal box and help your preschooler paint everything.

4.While the paint it still wet stick the toilet rolls onto the front of the box.

5.When the paint is dry stick stickers and the pop bottle lids on to the front as buttons. 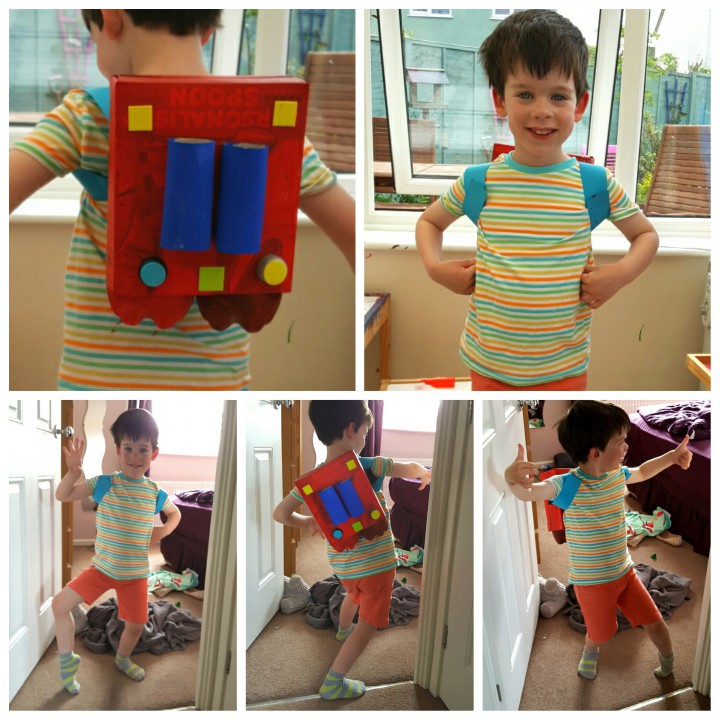 6. Try and make some kind of straps. I did this using another random bit of cardboard and loads of duck tape to widen the back as the cereal box was a bit narrow. Attach to this some long bits of paper and find something else in your to use to do up the straps. I randoml had some little velcro fasteners which work quite well. (I haven’t made too much about the straps as they are possibly the worst thought out part of our creation and advise you to try and find your own way of making the straps.)

7. Stuff some strips of red yellow and orange tissue paper inside the toilet rolls to be fire.

8. Watch your child blast around the garden so happy to be alive and wearing a jet pack and chuckle at their poses while they model it to perfection. 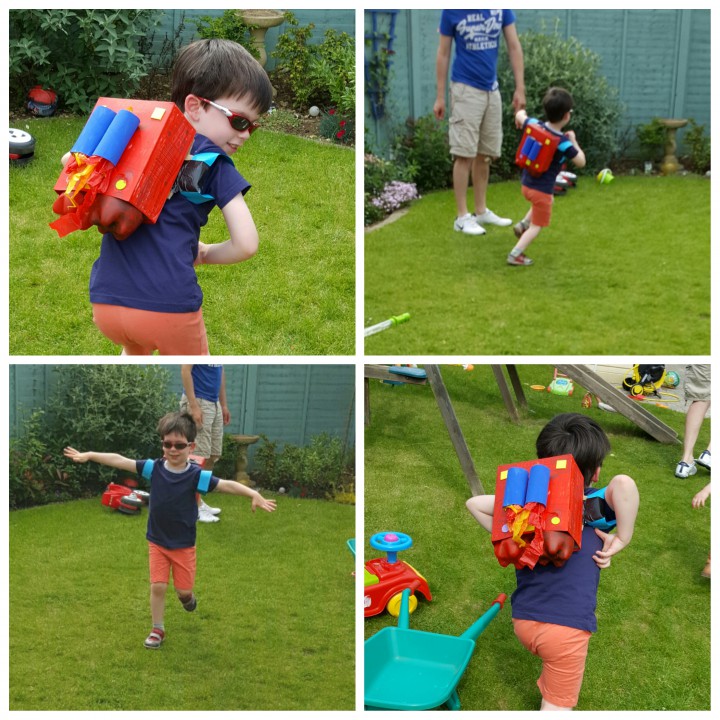