Now I can’t take credit for this idea, but I also can’t remember where I saw it! I read a post about making Play-doh Monsters a while ago and thought it looked fun. I honestly didn’t think any more of it, didn’t plan on doing it with Monkey particularly, but obviously subconsciously filed it away somewhere!

Play-doh is a popular pastime in our house. It is very much confined to the conservatory and is well trodden into the (old) rug in there. Monkey can spend many a happy hour playing play-doh with Mummy, Daddy, or anyone who will play with it with him! Sometimes I try and hide it as I just can’t face playing with it anymore (bad mummy).

I don’t have huge amounts of imagination when it comes to things to do with it so it’s usually the same things over and over, and Monkey loves the squishing tools, where you squeeze it through to make shapes, though I get so bored of doing it over and over and find bits of play-doh go everywhere with those things, which drives me slightly bonkers, even in the conservatory.

So anyway, one day we were playing with playdoh and I was feeling a bit frustrated and bored of the game so went into a crafting drawer to see what I could find (sounds better than it is, it’s actually a really messy drawer that I occasionally chuck things into!), and came across some googly eyes.

Suddenly the memory of the post I had read came back and I decided to see if Monkey liked making monsters!

He got right in there with sticking the eyes in the play-doh, and then I found some coloured lollipop sticks, straws and pipe cleaners for arms and legs. I made some, he made some, we made some together and he had so much fun with them! 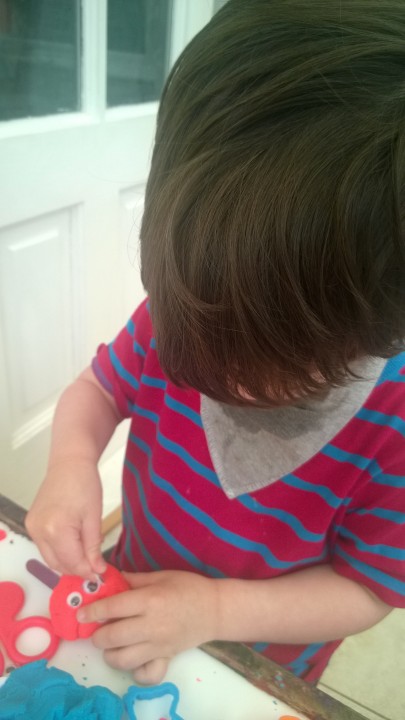 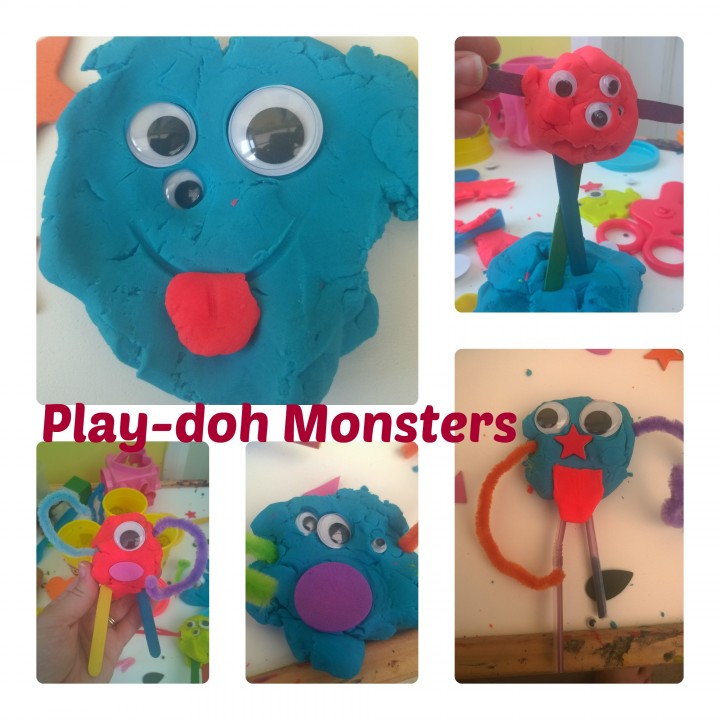 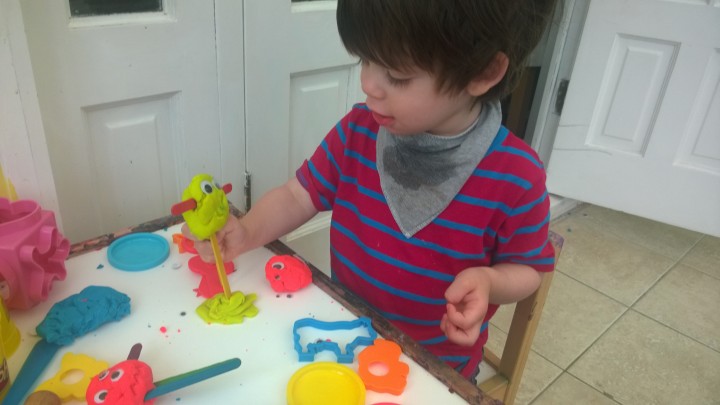 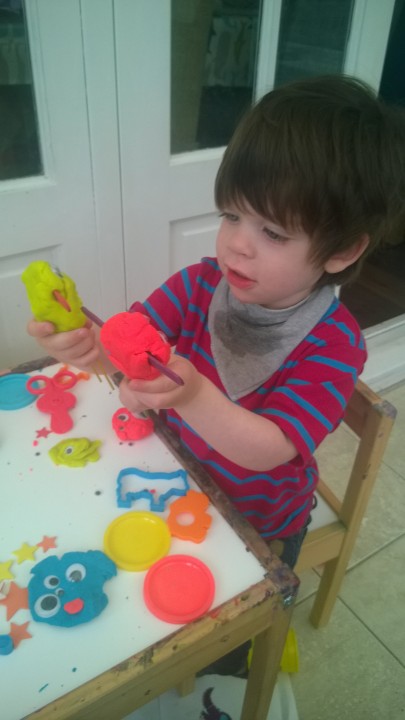 Daddy came home and made one too, though he gave his big brooding eyebrows, so whereas mine and Monkey’s looked just goofy or weird, Daddy’s looked mean! lol 🙂 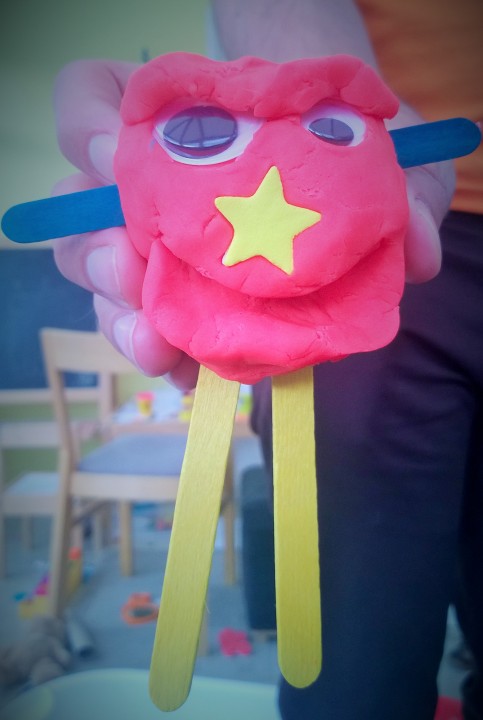 Monkey loved it and I definitely enjoyed that session of play-doh a bit more too so we will be doing it again. if it was you who wrote the original post, please let me know so I can give credit where credit is due and say thank you for the inspiration! 🙂