Our little boy is growing up so much all the time and his language skills are growing with him. Pretty incredible when I think he was a little delayed and had no speech at age 2! He now gives everything a good go and even copied “echocardiogram” from Get Well Soon on Cbeebies the other day! He also comes out with some real gems at times too. Some that make me cringe and others that make me laugh out loud. So here are some of the Monkey’s top sayings recently. 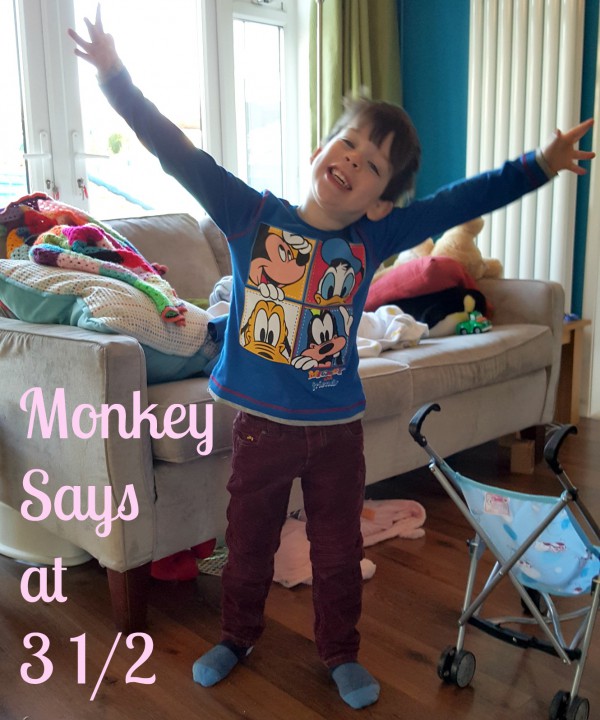 Another endearing one is when he strokes his Daddy’s arm and says “You’ll be OK.” Generally absolutely nothing had happened and Daddy is perfectly happy…. but it is very cute nonetheless!

Less cute is when he copies us and shouts at LM to stop or yells at her that she is naughty. Nothing makes you think about the words coming out of your mouth more than hearing those words come out of a 3yr old’s mouth! That also includes him copying “oh for god’s sake” (we are trying to turn this into for goodness sake) and worst of all copying Daddy when he described a relative as “big fat …” I was less than impressed with that one and thank goodness he hasn’t said it to the person!!

He really likes making up random words at the moment too. Some are quite amusing, “binky banky” for example, some strangely accurate as when he described a car park as danky when yes, actually it was a bit dank. You can probably get there is a theme here and yes he did go through a stage of proclaiming everything was “winky wanky” which I was less than enamoured with! Thankfully we have persuaded him that is a bit of a silly thing to say!! 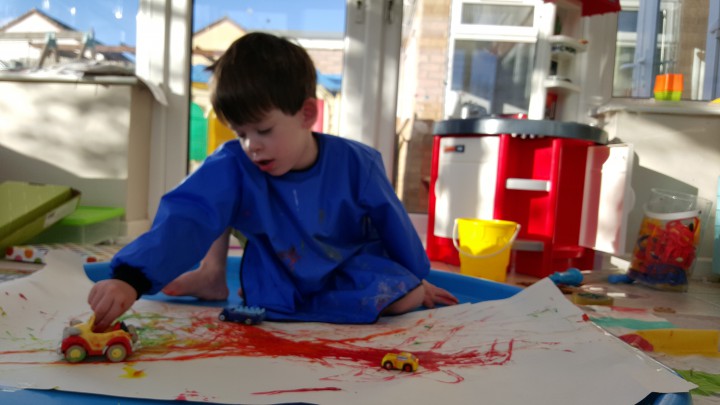 His imagination is wonderful now, and when he is playing cars or doing car painting he is very often using one to chase another, saying “I’m coming to get you” followed by the other car saying “aaaaaaaaahhh” hehe. You may have seen recently that he loves dressing up as a super hero and he really is so cute – running around saying he is “coming to the rescue!” and once he has rescued something (for example he did a great job of rescuing a welly the other day haha) it is “mission accomrished” with two thumbs up, so a bit of a superhero/postman pat SDS combination! 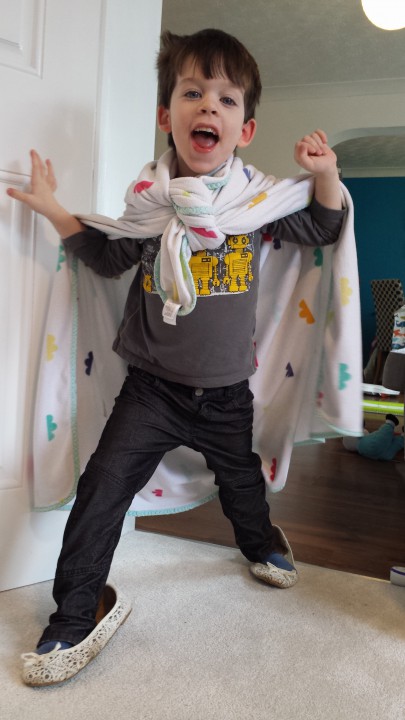 He is really inquisitive about the world around him, asking “where do trees come from?” and “what are planes made of?” He wants to know everything and he loves spotting things, the moon being the most recurrent especially at this time of year. We can be in the car and he will suddenly be yelling “look Daddy look it’s the moon!!” and of course we have to reply (as with whenever he tells us anything) or he will just keep repeating it tirelessly until he gets the answer he is looking for! He also thinks every conversation is aimed at him and answers any question he hears, not just those directed at him. So I can be talking to LM or Daddy or someone else and he will answer. He adores Show Me Show Me on the tv (one of my fave progs for the kids) and always answers when Chris and Pui ask questions. The other day he ran over and said “Chris asked me if I like shopping and I told him I did” and was so proud of himself. 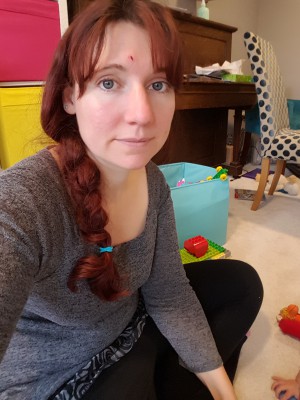 We love the way he tries to find the language to describe something. For example he had a bit of a sore throat on the weekend and when he had some of Daddy’s warm tea he proclaimed “That was lovely! That made my throat feel not all gone” so cute. Other examples are “I’m getting all filled (full)” “that’s a bit splatty” (paint). During a snuggle on the sofa he decided I have “a lovely cosy bottom” and once when I was getting dressed “that’s a lovely nippley boobie.”  Errr, ok, thanks Monkey haha.

After falling tooth-first onto my forhead at the weekend giving me a lovely cut, lump and bruise, Monkey looked at me and said “you’re all cut. It looks a bit like Jam.” Well yes, I suppose it does, a bit!

Now for the funnies. We were watching Toy Story 2 the other day and when the man came to mend Woody’s arm, Monkey decided the needle and thread was a hooker. “Look he’s get a hooker. He loves hookers. I love hookers too, they’re my favourite!” I really wasn’t that sure what to say to that to be honest hehe. Then at lunch one day he randomly piped up “Mummy and Daddy do you like licking each other?” errrrrrr not sure what to say or where that came from. 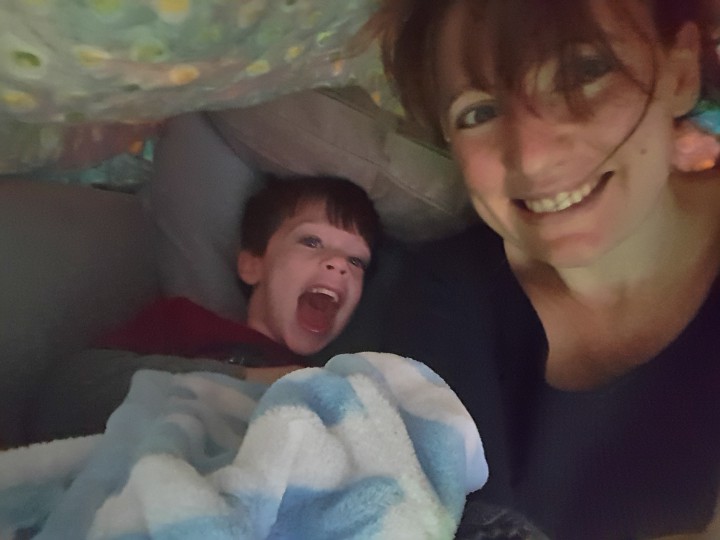 Finally, this morning he was on the receiving end of a few stern words from Daddy about the fact that he had done a wee in his pants (he seems to have regressed a little lately which is annoying with more incidents than usual) and he was being really good and listening, and then he suddenly announced “But cats don’t like bananas.” I have to admit I laughed out loud in the next room, I mean where did that come from? Funny Monkey!