We love a bit of DIY in our house, and our current project is decorating the baby room. Unfortunately though not all of our DIY attempts go to plan first time. There was the time hubby drilled all the way through a wall when putting a shelf up (thankfully that room needed a bit of re-plastering anyway due to him enthusiastically ripping out a built in wardrobe!). There was also the time I knocked over a pot of bright turquoise paint, spilling it all over the carpet. I’ve also been known to step off a ladder into a pot of paint. Honestly I should not be trusted with paint!! 🙂

We were recently contacted by Poles Direct who are asking for my DIY Confession as part of their ‘Changing Attitudes and Values DIY Blogger Challenge.’ The problem really was not thinking of an example of a fail, as we have had a fair few, but of finding ones with photographic evidence, as we do tend to rectify our mistakes eventually.

Then, I remembered one of our biggest DIY fails.Which we haven’t rectified, or even attempted to! So here it is, our DIY Confession. 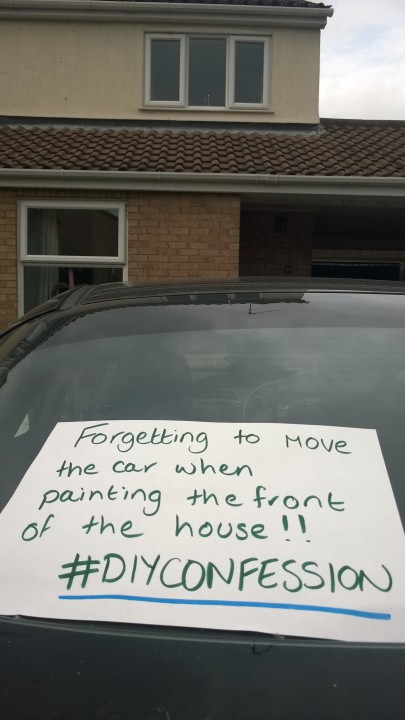 Yes, we repainted the front of the house shortly after we moved in but made a pretty epic fail. We didn’t move my car off the drive. This resulted in my car being completely spattered with cream paint. On a black car, not great! Honestly the car is covered!! The spatters are small so it is difficult to see from a distance and hard to catch in a photo, but here is a couple of close up shots. 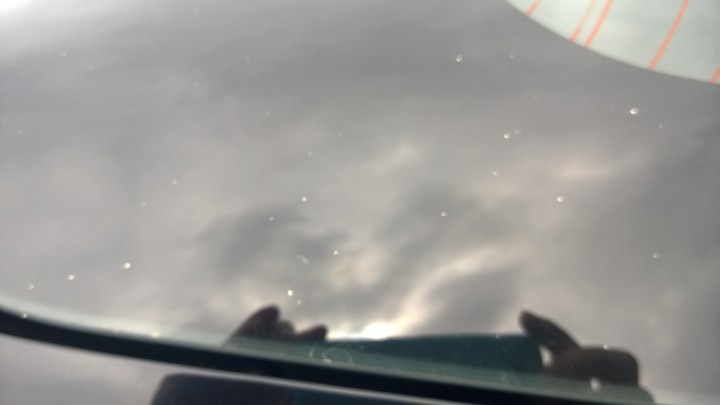 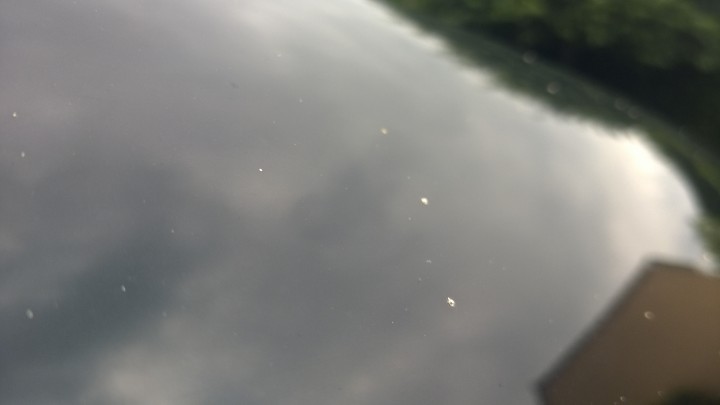 They can be picked off… but there are literally thousands of them so it would take some serious time, and well, shamefully we just haven’t bothered! The few times since that we have taken my car to be cleaned at a hand car wash we have had to explain what it is because the poor guys can’t understand why they can’t get it off. It’s actually getting embarrassing, about 2 years on, to say yep, no we haven’t done anything about it yet!

Our plan is to probably keep the car forever and run it until it dies as I do love it, and also because it means we don’t ever have to do anything about the paint all over it!!

Also linking to Mama and More and #AllAboutYou

33 thoughts on “My DIY Confession”