Well we are home from our holiday, are up to date on laundry and life is getting back to normal. It is nice to be back in our own bed and to have more space for the kids. The cottage we were staying in is gorgeous and quaint and we are so grateful to our friend letting us stay while he is out of the country… But it is also very cosy to contain 2 children and not that child safe for our crazy climbing LM. 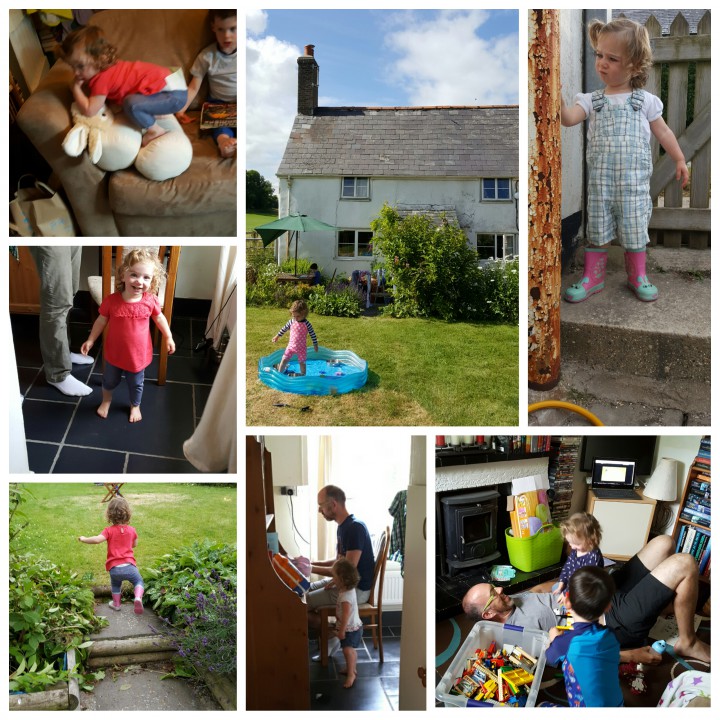 We were lucky with the weather though and got out and about loads, as you may have seen on my previous posts, and we really did have a wonderful time as a family. 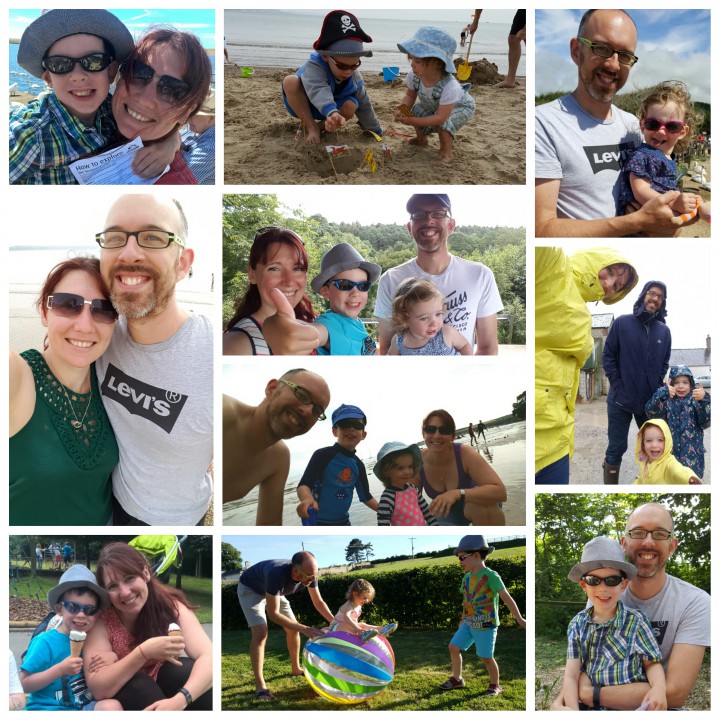 Of course it wasn’t without its challenges and ups and downs though. Hubs was reading an article about something business related and in it contained this great quote.

“Becoming a parent is a wonderful thing, but it robs you of a certain freedom. That is: the freedom to do nothing. To sit around, to lounge, to waste time, with no responsibilities or duties tugging at your sleeve, no endless mental to-do list to tick off.

Last week, my wife and I took our two-year-old son on holiday. We had a lovely time. But, as every parent knows, a holiday with a toddler isn’t a holiday. It’s a job.

That job, beginning at dawn each day or earlier, is to entertain, or at least contain, an insatiably restless two-foot whirlwind of wants and demands. It’s fun. But there isn’t a moment of silence or solitude.

It’s so true as holidays before kids are so different to holidays after kids. I imagine they continue to change and as they grow that you can have relaxing times. But when they are little it is a full time job keeping them entertained, regardless of where you are!

For hubs this was a working holiday and we are hugely lucky that he can basically work from anywhere with an Internet connection and can do some work out of business hours, which meant he was able to spend a few hours each day with us exploring Dorset and having fun with us. This made my life much easier than it is at home as obviously I am normally on my own with the kids all day when he is at the office.

There were challenges though as there always are with kids, especially with kids at different ages with different ability levels. Sometimes I really struggle to do something that makes both of them happy at the same time. One afternoon I got out the paddling pool thinking they would love it. Monkey refused to get in and LM lasted about 30s with constant attention then got bored. Sometimes I wonder why I bother as they are happier plonked in front of peppa pig or paw patrol!

They did enjoy our days out though and the beach was a real winner this year. On our holiday last September LM hated the sand so the beach was a stressful trip. It is lovely now as she adores the sand! Monkey is still very nervous of the water but he did go in the sea,  and LM hates the waves in the sea.. But they both love the sand and we were lucky with some lovely warm pools created by the tide going out which LM really loved. Its not a relaxing day as they do like us to be involved at all times but they were so happy so at least it wasn’t too stressful!

By completely random coincidence some very good friends of our happened to be on holiday in Dorset at the same as we were. Jo and I met travelling in Argentina of all places about 9 years ago and we have stayed good friends but with living 2 1/2 hours away we don’t see each other more than a couple of times a year. Especially now there are kids to think about. Its pretty amazing though as our eldest 2 are 6 mths apart in age and our youngest about 5 mths apart and they all get on so so well.

We saw them more in the last 2 weeks than in the previous few years and it was so so wonderful. We had a couple of beach days together which were fantastic and made it a bit more relaxing as at least we could take it in turns a bit to be with the kids and the kids entertained each other a lot more which was wonderful. 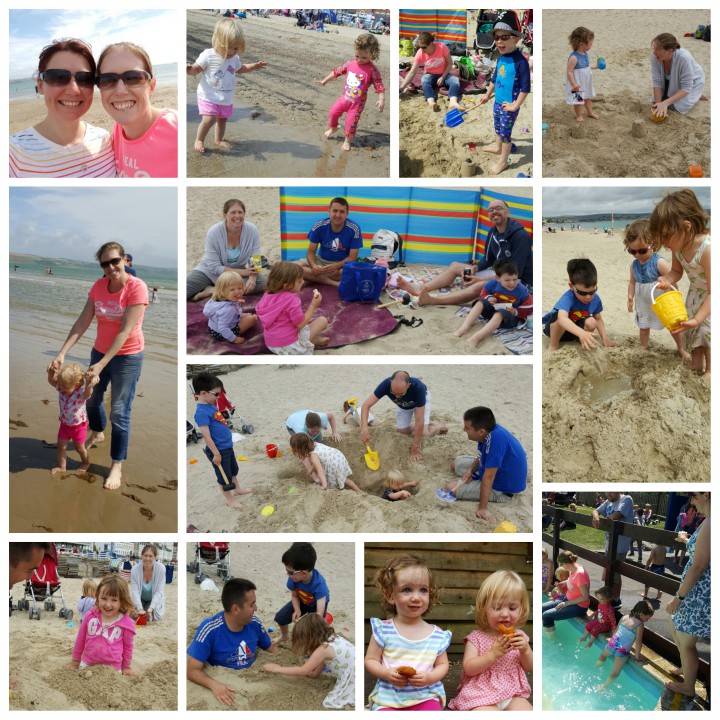 They also came for a play at our cottage one day, and brilliantly, when their relatives joined them for the second week and we’re able to babysit they came over one evening for a glass of wine and a natter without children interrupting us. It was so so lovely. 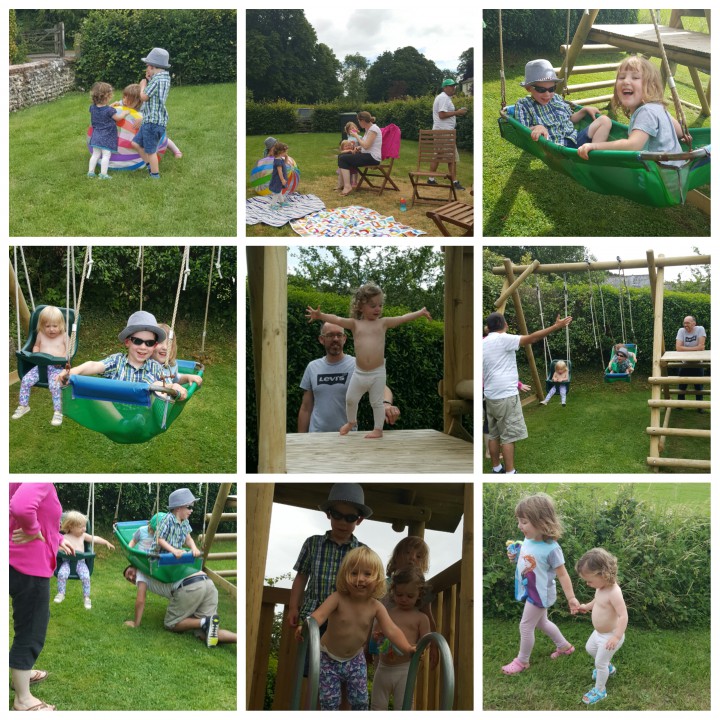 Some of our other very good friends from home were also down in Dorset for a weekend at the end of their family holiday to Devon so the kids adored meeting up with them too for a day out at Monkey World. Again it helped having other kids for our kids to play with, and other adults for us to natter with. It also helped having a bit of solidarity when our little madam threw an almighty tantrum at lunchtime… And vice versa when their son didn’t want to eat his dinner. Much less embarrassing when you can talk about it with your friends rather than just have everyone in the place staring at you while you try and deal with it. They still stare of course but it definitely helped having company. 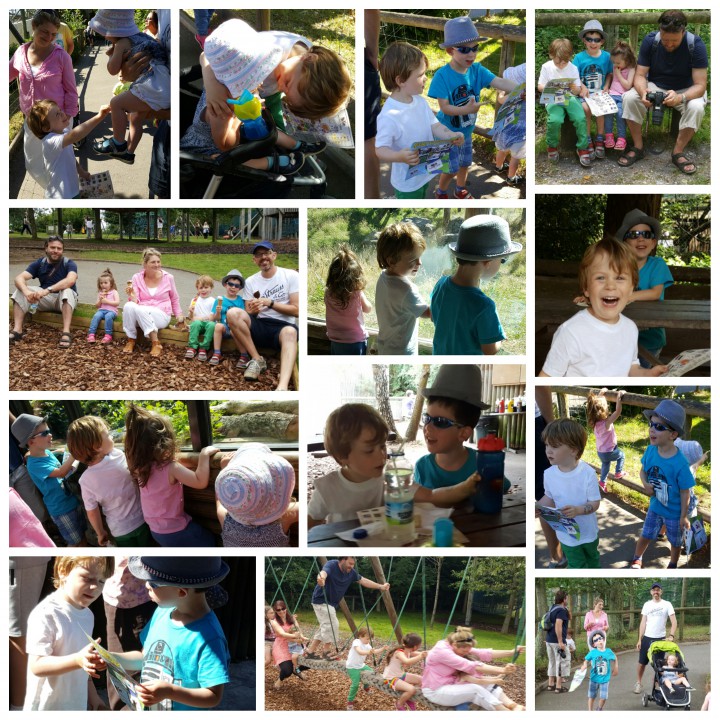 Because our little lady really has tested us while we were away. If anything her behaviour has improved towards the end and now we are home but she was a nightmare at times and when she goes oh my goodness she is so loud. As one of the friends we met up with put it “she certainly has a voice!” and she most definitely does. She really struggled to settle for the first couple of days at the cottage and the tiredness from bad nights sleep and lack of naps really affected her so we were hugely relieved when she got used to her surroundings and started sleeping better.

Most of the other tantrums we had with her were around food… We had an absolutely disastrous meal at Prezzo one evening which was just a stressfest of her screaming and us scoffing as quickly as we could while paying £45 for the privilege. We had a couple of other lunches out which were better… mainly because they were places that served baked beans, and because I had a dairylea dunker ready as back up as I knew she’d at least eat some cheese if she decided they weren’t the right baked beans. (I never do this at home but sometimes avoiding the stress in a restaurant is so worth it). Hubs is adamant that we are having no more meals out until she is a bit older though as it just isn’t enjoyable!

On the whole Monkey was a really good boy while we’re away but he did get tired as the time went on “I’m so tired from all the days and days” which made him tired and fractious at times. 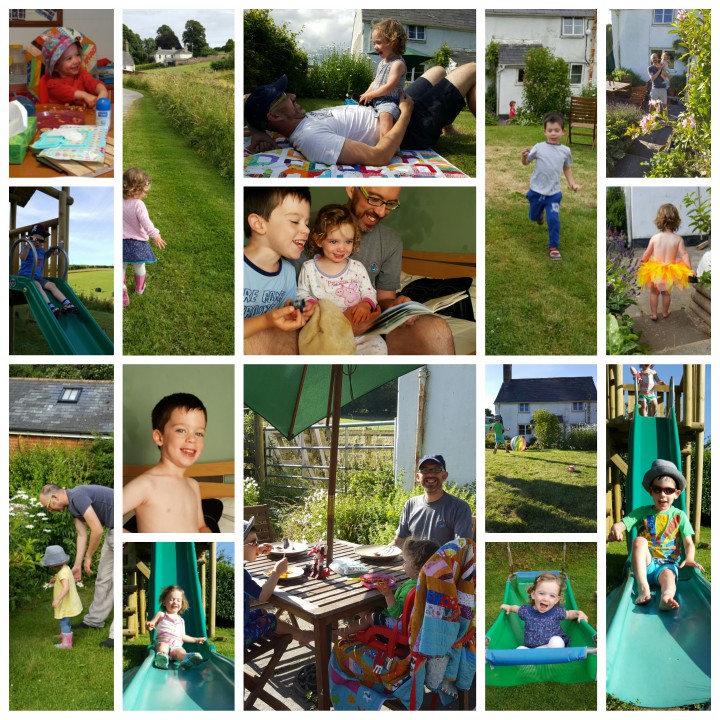 I’m not trying to paint a negative picture of our holiday, just a realistic one. Its easy with all the smiles and golden sunny images for it to appear perfect, which of course it wasn’t. We had so much fun on the beach, with friends and on days out. There was lovely times at the cottage and on the play area. But when you have 2 children under 5 nothing is without its challenges, and even holidays can be hard work. So much as I loved it and in many ways I am sad that it is over… I am glad to be home. The kids were so excited when they came back to all of their toys and everything that is familiar. I am not terrified every second that LM is climbing on something or reaching something that she shouldn’t. She can go outside without tripping on a step and scraping her legs (almost a daily occurance while we were away).. Oh and at home we have a dishwasher (yippee)  and the ceilings are high enough for hubs to stand up straight without banging his head haha. So it is good to be home.

Do you find holidays with kids hard work or is it just us?