I’m not sure where it comes from but Monkey has a little love of Pirates. It could be from a pirate episode of Postman Pat or that pirate programme on cbeebies Swashbuckle (does that do anyone else’s head in?) or it could just be because he has loved looking through cardboard tubes for a long time. We call them telescopes and his Nanny and Pops say things like “I don’t see no ships” in a piratey voice whenever he has one. Maybe it is a combination of these things but wherever he has got it from Monkey likes all things pirate.

So for a while we have it in mind that we would like to do some pirate themed fun and on one weekend recently we had some spare time and Hubs decided he and Monkey would make a treasure chest and some treasure.

They had great fun painting the chest and making treasure out of tin foil and painting those. 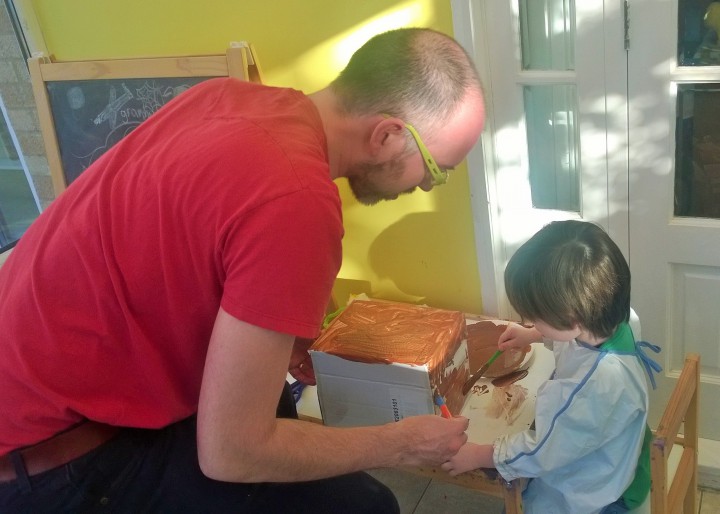 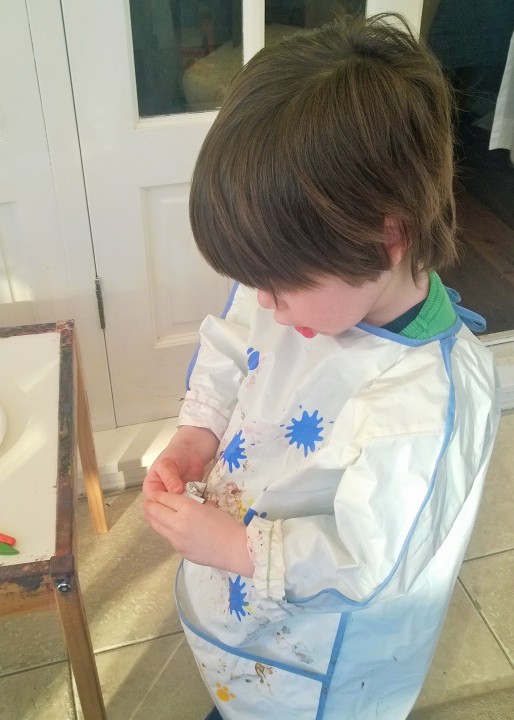 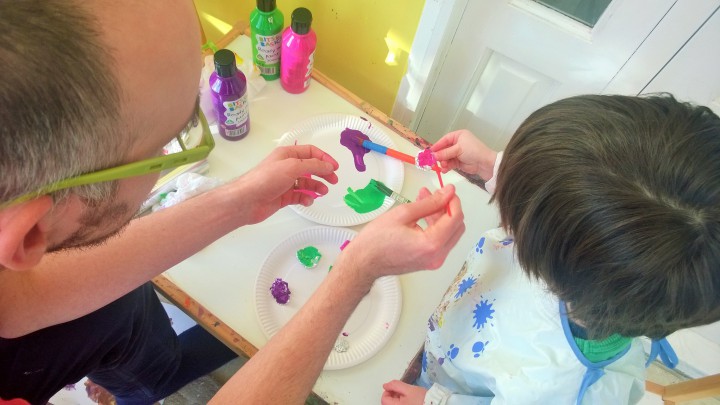 Then another day in the week Monkey and I drew a treasure map. Monkey told me where to put the cross and he drew some ponds… then I had to go get LM and came back to discover there was some lakes added on too and the X is now at the bottom of a lake 😉 whatever you say Monkey! I drew on some trees and then was instructed to draw peppa pig and her house – so that is what the red and pink bits in the top corner are supposed to be lol! Hmm maybe Peppa Pig has something to do with his interest in pirates? 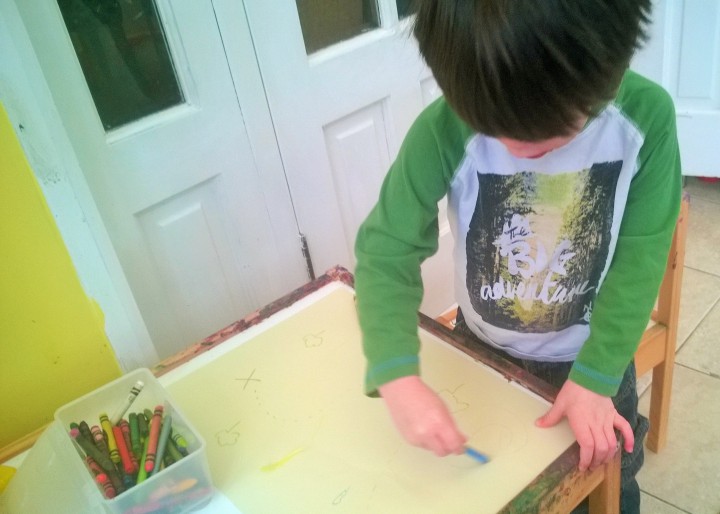 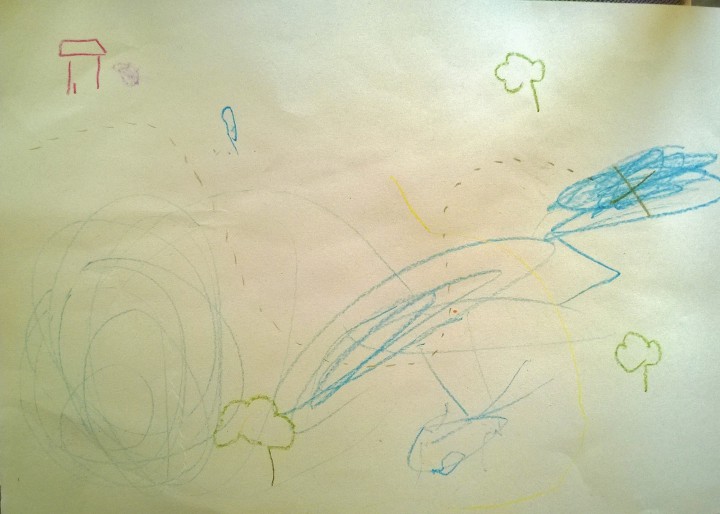 To continue the piratey fun we then made Monkey his own pirate hat. 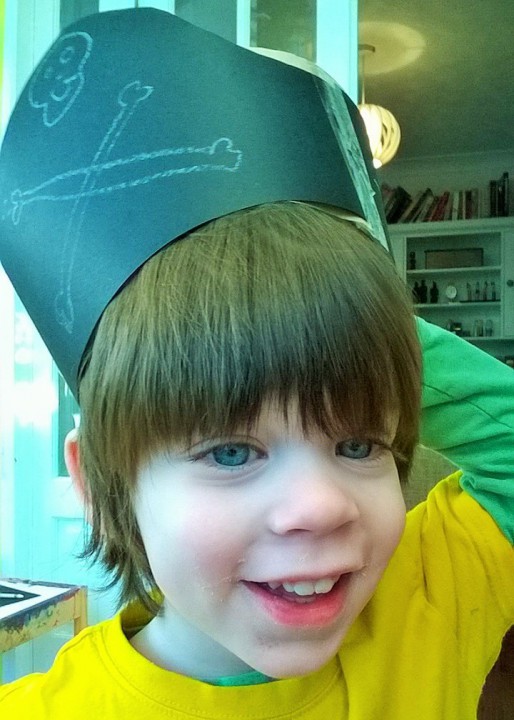 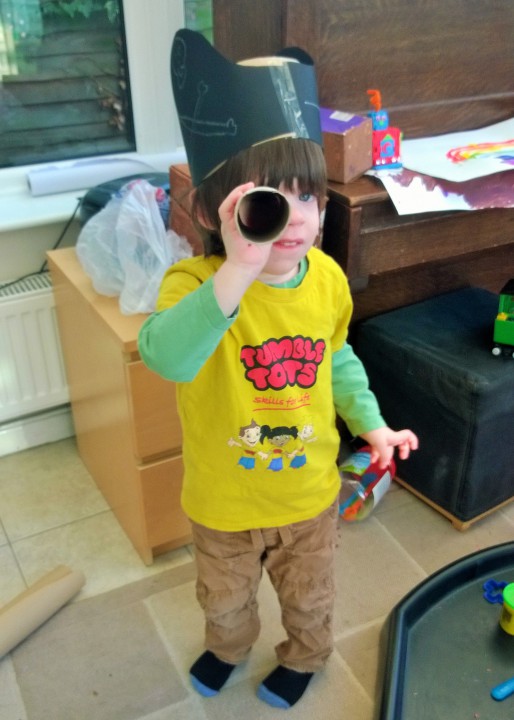 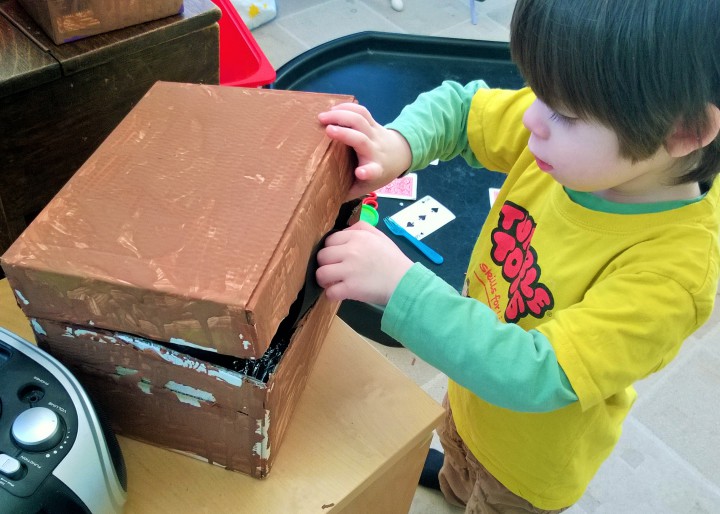 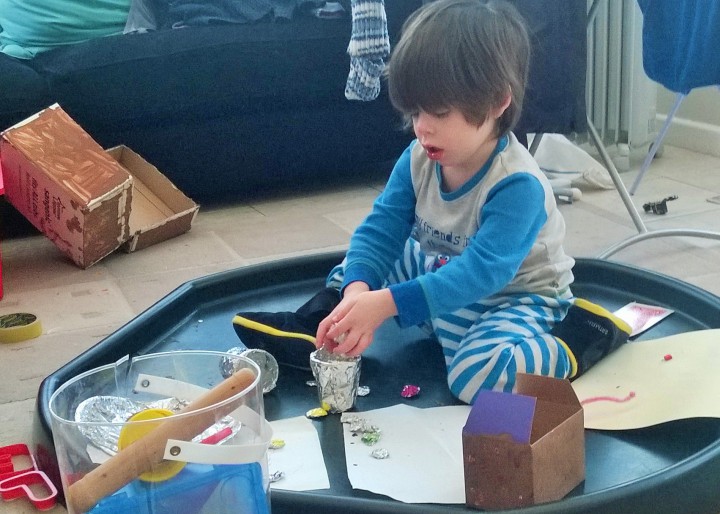 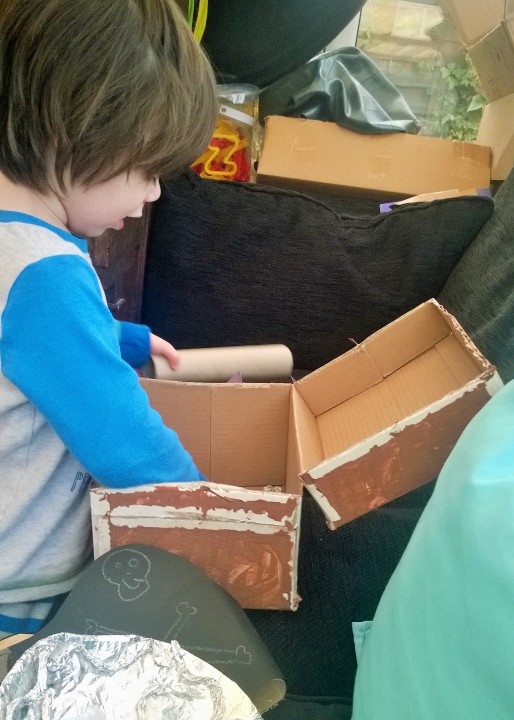 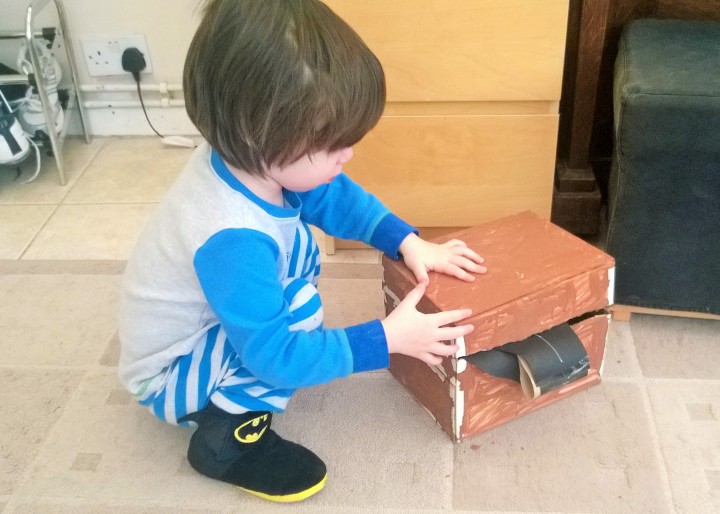 The hat and telescope often end up in the treasure chest too bless him! It has been great fun doing all of the pirate activities and best of all it is an activity that lasts as he loves playing with his treasure!!

It’s the first time we have really done a themed week of activities, but I think we will again.