We first found out about Cloud Dough in the summer and Monkey had great fun playing with it outside. You can read about it here. It was fab and I have thought about making it again but I am not always fond of REALLY messy play indoors, I do it, but I have to work myself up to it and prepare myself for the clean up operation!

As I have created the Creative Challenge Linky I felt I really should challenge myself to have some indoor fun with cloud dough. 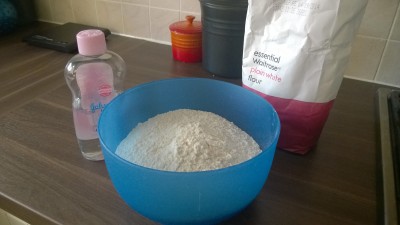 What is Cloud Dough? It is Flour mixed with Baby Oil. It’s something like 8 parts flour to 1 part baby oil but I have to say I don’t really measure it. What’s the point in it? Well it turns to the consistency of sand, though has a much silkier texture. Otherwise you can play with it like wet sand, build things with it or just have a good old play.

I got a Tuff Spot ages ago with grand plans about this kind of messy play, but so far I have been too chicken to play with anything other than Play Doh in it. I just don’t trust monkey to keep things INSIDE the tuff spot. But as I said, this is as much about challenging myself as it is Monkey having fun and learning so we went for it.

And, do you know what? It was great! He has a whale of a time, as you can see! And yes, a bit of cloud dough managed to escape the confines of the Tuff Spot but it all got hoovered up

It started off quite sedately.. and he was moving some toys around in the cloud dough. 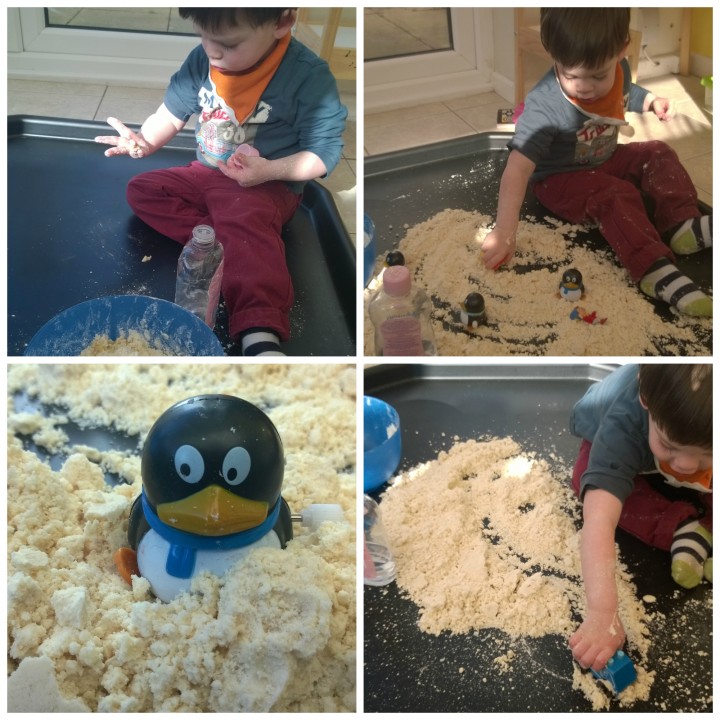 Then it got messier… 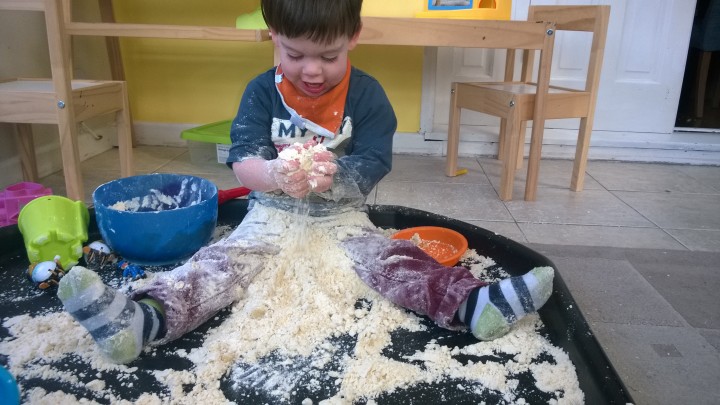 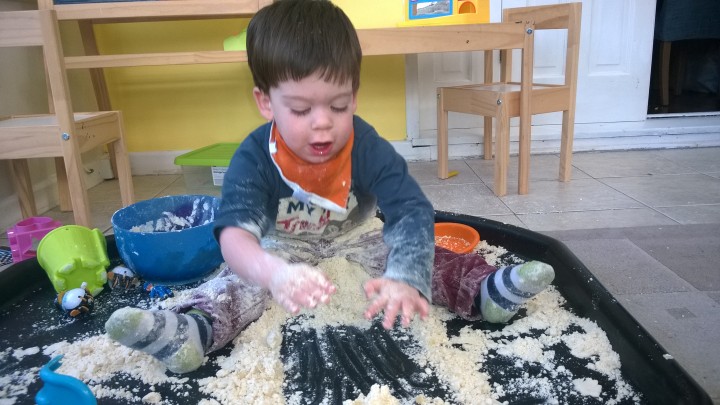 then he had a little dance to “wind the bobbin up” in his head (a definite sign he is enjoying himself a lot). 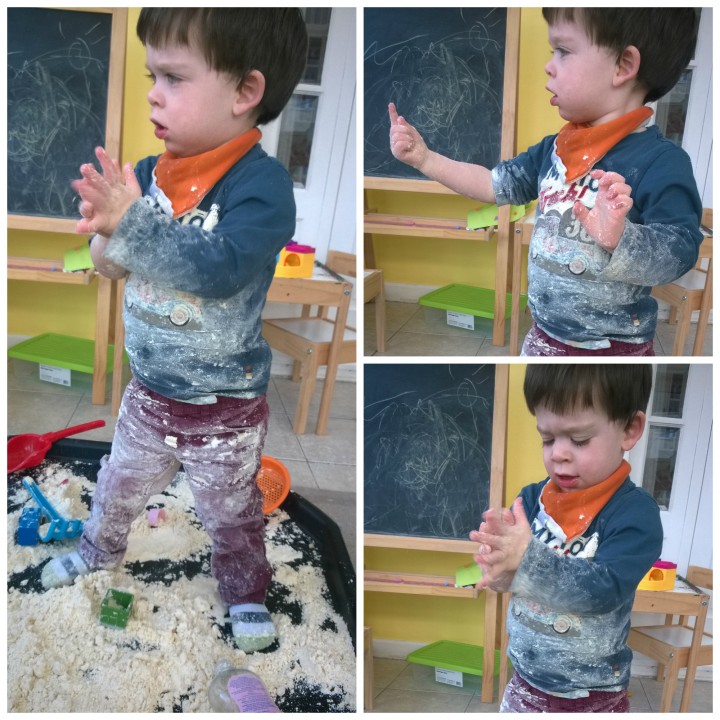 He had a good stomp around..

and well he was covered from head to toe, but he absolutely adored it, which was great. 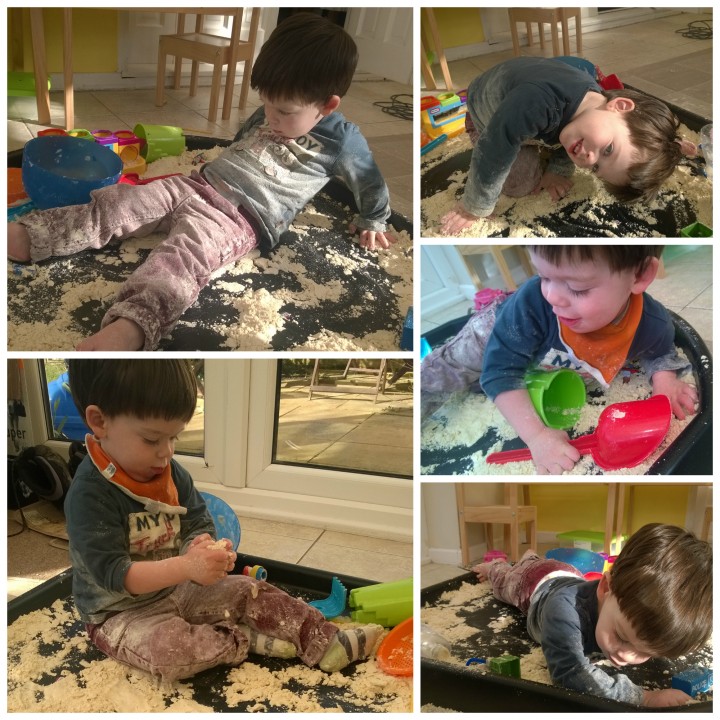 And it wasn’t too much of a nightmare to clean up, just pulled his clothes off and wiped his hands and feet and that was it. The cloud dough is in a tub to play with on another day, the tuff spot had a wipe and the floor a hoover and it was not too bad.

A quick word to the wise, if you do end up playing with it outside, like we did in the summer, make sure you sweep as much up as you can. Because our garden is a tip we left a pile of cloud dough in the corner of the patio, big mistake! It is a now a bit gunky pile of yukky stuff! It goes pretty disgusting when it has been rained on!