You may have seen that I recently started running, despite never thinking that I would ever be a runner! So I thought I would share a little update on how it’s been going. As you may have guessed from the title, I have completed the couch to 5k program….well, sort of.

Why sort of? Well I shall explain. The couch to 5k program concentrates on running for longer and longer periods of of time, building you up from running for 60s up to 30 minutes as they found that on everyone by the time people are running for 30 minutes that they would be running about 5k.

In my last post I had run for about 20 minutes. The next step was 25 minutes, then 28 minute runs before going for the 30 minute run. Each step was so hard but I managed it and got to the end of week 8 and was running for 28 minutes. The podcasts in the couch to 5k programme were so good but by the end of week 8 I wasn’t enjoying them. There is a real mixture of music in each podcast but the end of the week 8 one just had some really monotonous dance music that really did not motivate me at all so I struggled to get to 28 minutes.

Week 9 started, the final week, but my first run was on a day I was tired and grumpy and the podcast started with the same monotonous music from week 8. Not a good start and yep I gave up at about 13 minutes. Argh. I was determined not to let it demotivated me though or ruin my progress but I figured the time had come to stop using the podcasts. So I created my own playlist and off I went and hit the 30 minute mark. Wahoo! But then on my next run I was slightly hungover, more hungover than I thought was,  and had to stop at about 25 mins as I was shattered.

So week 9 didn’t go brilliantly but again I didn’t want it to stop me so I tried again a few days later and yep I hit 30 mins again. So I have completed the couch to 5k programme but, here is the biggy, even though I have run the full 30 minutes, I haven’t quite reached 5k :/. My pace is pretty slow and in 30 mins I run about 4km. I’m still dead proud of myself but also feel a little weird that I have finished the programme but can’t actually run 5k! Still, I am sure I will get there.

I’ve also noticed an annoying little niggly pain in my foot as I have been running for longer periods so decided that perhaps my old trainers aren’t quite as supportive as they could be. I looked into buying new running shoes but where the heck do you start? I’ve been reading about a neutral foot print and over pronation and different types of shoe but honestly I was completely lost.

Thankfully I found a really great shop in Peterborough called Advance Performance who have a gait analysis service to help you find the perfect running shoe. I was so pleased I went as they were so helpful. I took my old trainers and the assistant (ryan) filmed my feet while I ran on the treadmill. We could see straight away that my old trainers were just not supporting my foot and ankle at all when I ran. 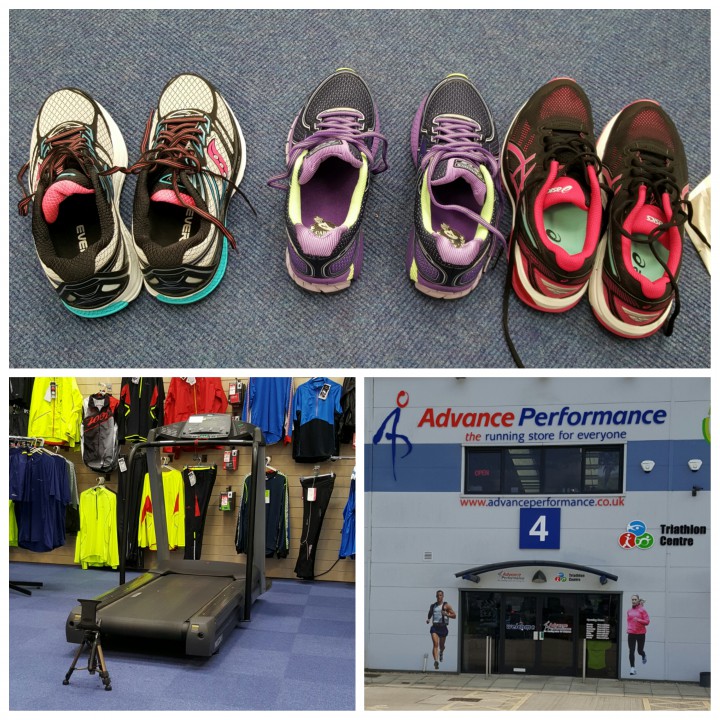 Ryan then got some newer trainers with a similar support level to my old ones that were past there best. These ones were better but still not that supportive. In total we tried 4 pairs of trainers, each time filming my feet as I ran on the treadmill to see how they fared. We whittled it down to 2 contenders and then it was down to me and how comfy they felt. I had a little run outside (and felt a bit stupid running round an industrial area) and made my choice. Hooray for me I chose the cheaper ones without having anything more than an average price range.

I was so pleased with the service and hugely relieved to actually get some advice from someone who knew what they were talking about. There is a £25 charge for the gait analysis if you decide not to buy shoes at the end but free if you do. For me, even though I may have been able to get the shoes cheaper somewhere else, online or something, it was good to know that these trainers are the right trainers and it was totally worth potentially paying a little more for my shoes (they were £100 eek, so much for running being a free hobby ha!). So if you live in the Peterborough/Cambridge area I definitely recommend a visit. (This isn’t a sponsored post in any way I was just impressed with the service!) 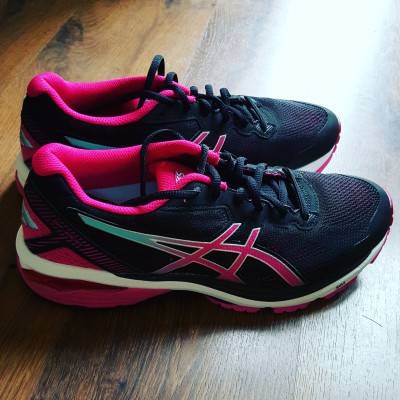 So I now need to break in my new trainers, and who knows maybe they will help me get to that elusive 5k!