I love watching my little pair and seeing their relationship grow and develop as each month passes. This month they really seem to have grown the tiniest bit closer. I wouldn’t have said it was possible, as they were already so close, but they have. I think partially because LM is getting older so their interactions are changing. Looking through the photos from the last month there are so many examples of the fun they have together! 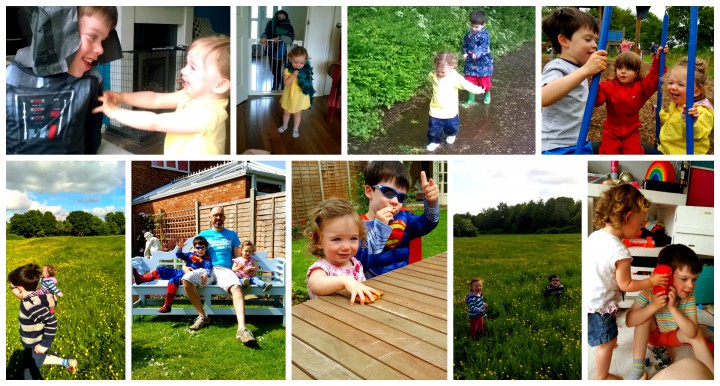 Sometimes they are content to play alongside each other, both doing their own thing but simultaneously, which I do love and is seriously cute. It also makes a change from arguing over things or messing with each other. 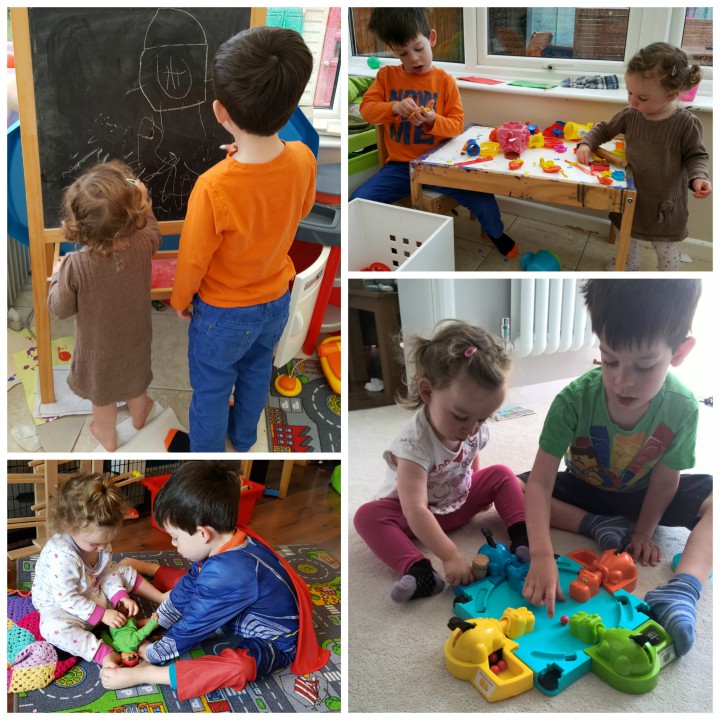 Because oh they do like to mess with each other, in pretty good spirits most of the time. LM is a cheeky thing and she does do most of the messing. From just going up to her brother and poking him in the face (haha) to playing peepo with her brother from behind his chair at the table. 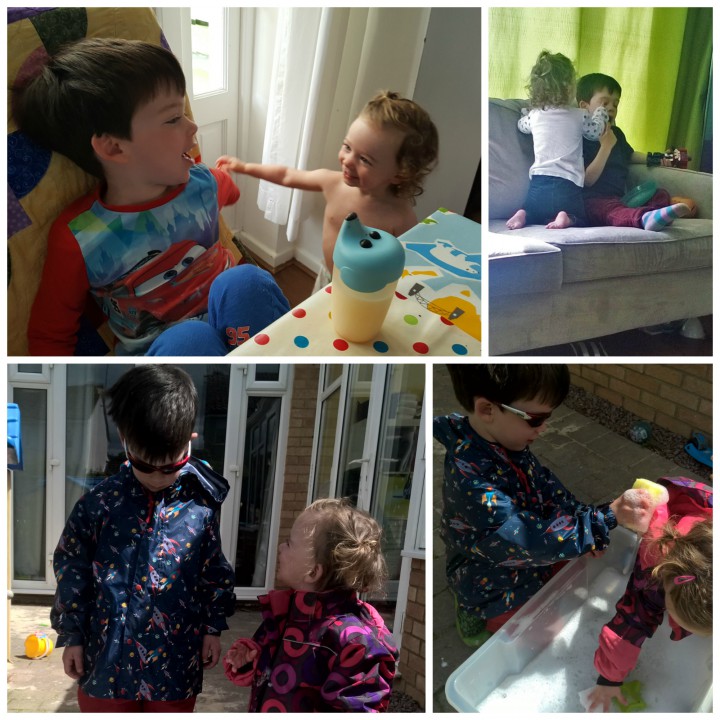 Very often when they are sat on the sofa together LM will sidle closer and closer to her brother until she is basically on top of him and sometimes it gets very giggly and silly which is lovely. Add a front facing camera in to that and it can get a bit bonkers haha 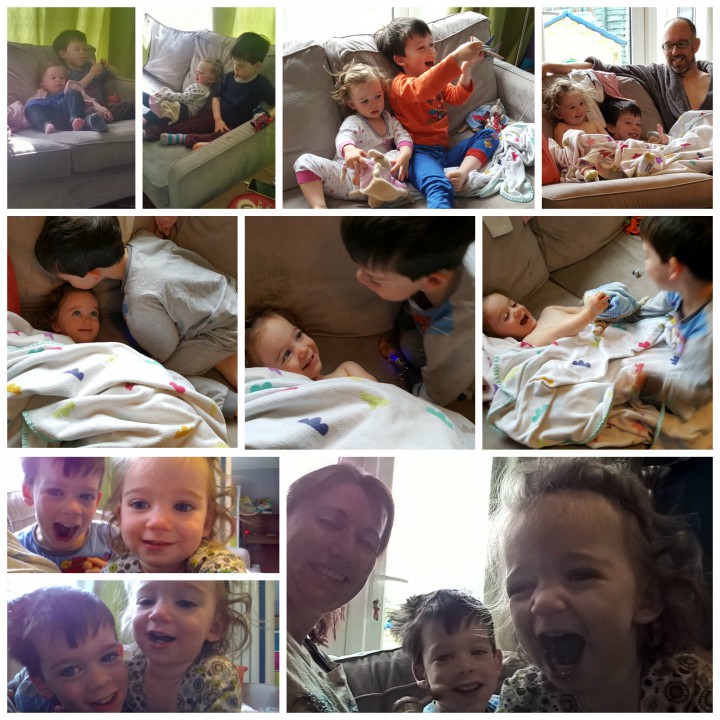 It’s funny to watch but though she is younger LM is the bossiest of the pair, she knows her own mind and what she wants to do, and a lot of the time Monkey is very happy to follow her lead. He will often copy what she is up to and follow her. Difficult sometimes when obviously we are a bit more lenient on her due to her age but expect him to know better than to copy her naughtier behaviours. We aren’t that lenient on her obviously and so she does have tantrums. On a recent walk, in the midst of her mini meltdown, LM plonked herself on the path and refused to move, beacuse a blade of grass annoyed her I think (honestly sometimes she is such a drama queen it actually makes me chuckle, but thats another story!) and bless her big brother he sat down with her out of solidarity haha cutie. 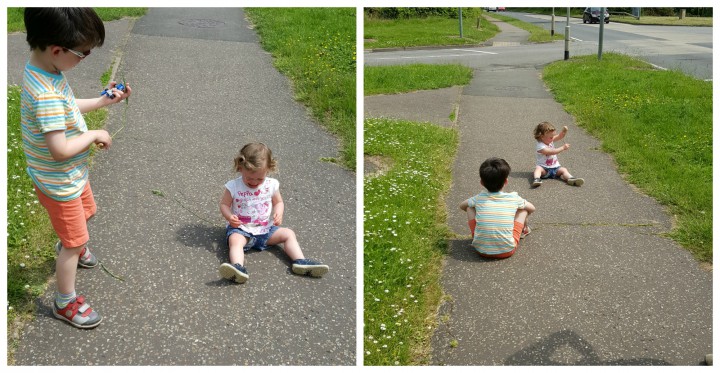 A great example of her bossiness that I happened to capture was when she wanted to lie on the beanbag but Monkey was on it. After a very brief argument (wordless on her part) he gave in, rolled off.. and well as you can see LM was quite pleased with herself.

Bathtime gives the best and most fun example of her dominance and is also the best example of the fun they have together. They are such a little duo in the bath and most of the time he copies what she is doing… which she loves and plays up to. For obvious reasons I am limited with how much I can share visually to show this, but suffice to say bathtime can get very loud and very wet! It is also very fun though. 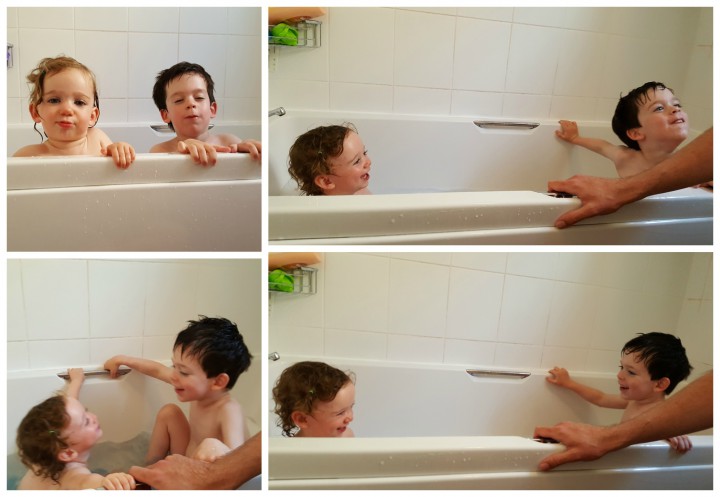 They are such a lovely pair and yes there are the odd arguments and squabbles but I think we are lucky for the most part as it is very rare. Just this morning I saw Monkey take his sister’s hand and I say “you’re my best friend.”She shook him off and ran away giggling but that’s just the way they are. So lucky to have each other.