Wow how are we in the middle of February already? This year is already whizzing by and I have a feeling that won’t change.

My gorgeous pair are growing and developing all the time and their relationship is growing and changing with them. I just love to see them together, it makes all the tricky times that come with having 2 children so worth it. 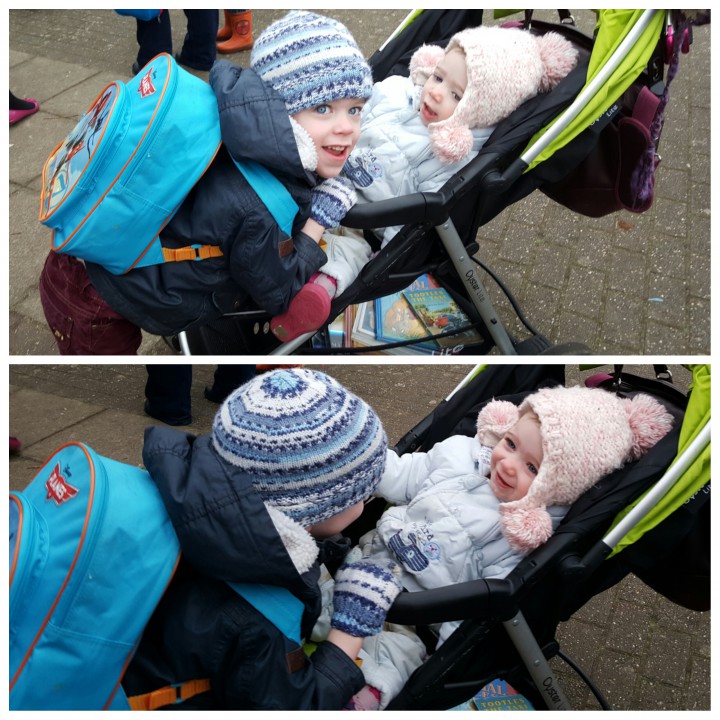 I love watching them play together, sometimes just side by side but other times helping each other, or copying each other. They just love to be around each other. 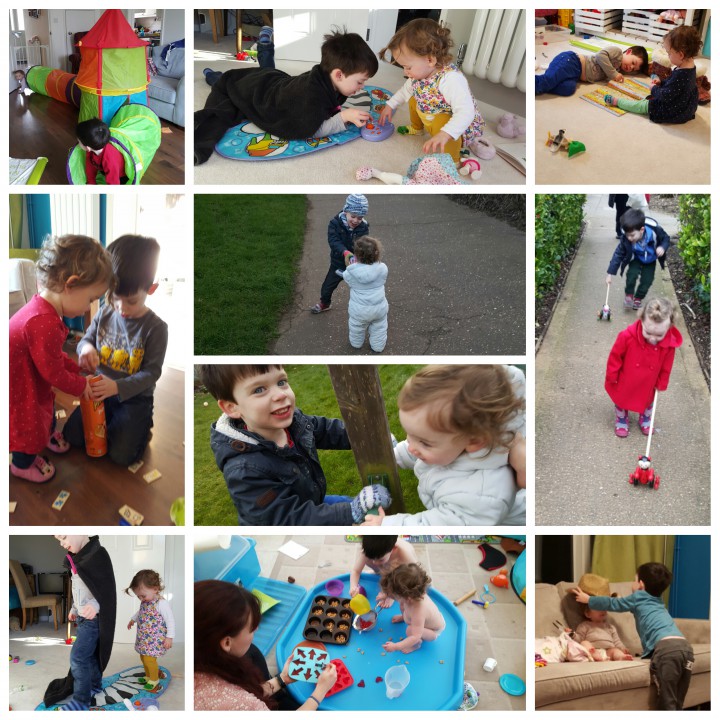 And Monkey has some seriously tender moments with his baby sister where he just announces how much he loves her and bowls her over with a giant cuddle! 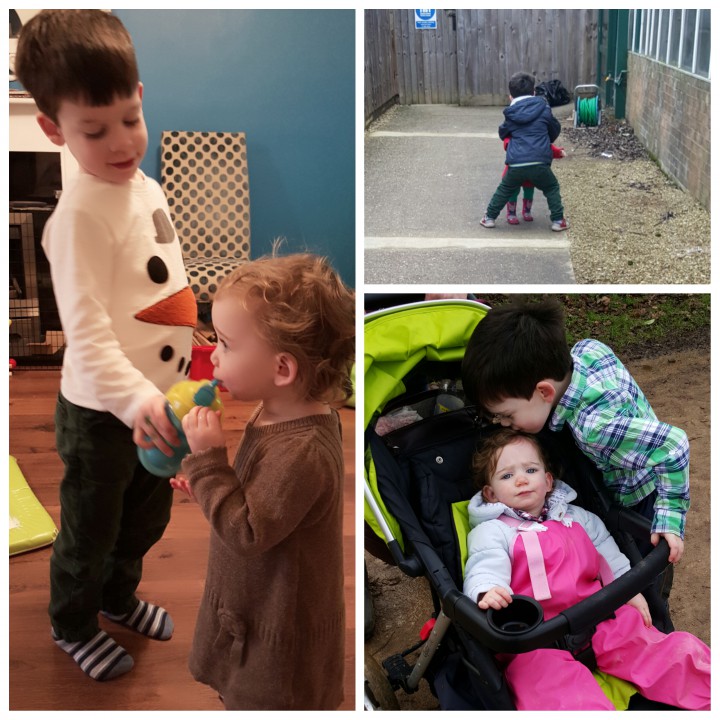 For her part she just loves messing with her big brother. Difficult to catch on camera but she just comes up to him and starts messing with his hair. Or she lies with her feet on him kicking him. Or she runs up to give him something then snatches it back and runs away laughing. Such a cheeky madam and for the most part Monkey is so good and so accommodating of her cheekiness towards her. 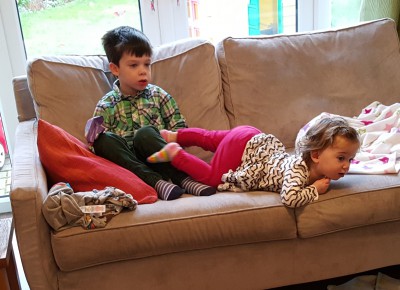 Hubs managed to catch a video of this last weekend while I was away. It isn’t amazing quality as it was very early morning so quite dark, and post breakfast so they are still in their pjs. Proof that they did manage to have some nice times together while I was away though 😉 and a very good example of LM messing with her big brother, and him being amazingly tolerant of it. The toy she has is his doggy bear, his one special toy, and as a sign of how much he loves her he often says she can share him. Bless.

Of course there are plenty of squabbles and snatching of toys at times too. Monkey takes something from her and refuses to give it back no matter how much she screams and she does the same to him. He barges past her and knocks her over without realising she is there and doesn’t know his own strength and leaps on her when we are messing around. Sometimes, because he is the big brother and because he is so tall for his age, it is too easy to expect him not to do these things. But we have to remind ourselves that he isn’t even 4 yet. To not expect too much of him.

So instead we focus on the lovely moments, as they are far more frequent.