Last weekend, Monkey was pottering about the lounge and Hubs and I were sat at the dining table, having a chat and Hubs had his laptop out. LM was asleep and Monkey was busy so we were enjoying a rare quiet few minutes. Monkey then came and sat next to Daddy. He grabbed the notepad and pencil that was there and said:

It was a really adorable moment as Hubs and I like our lists and we are often checking things off of lists and talking about what else needs doing. Having said that we haven’t had a “jobs” weekend like this for a while, but Monkey has obviously taken it in previously and out it came.

Hubs and I had a good little chuckle and Hubs had a little chat with Monkey about what we needed to do and they started making a list of things to do. All  important things like digging, and playing lol! 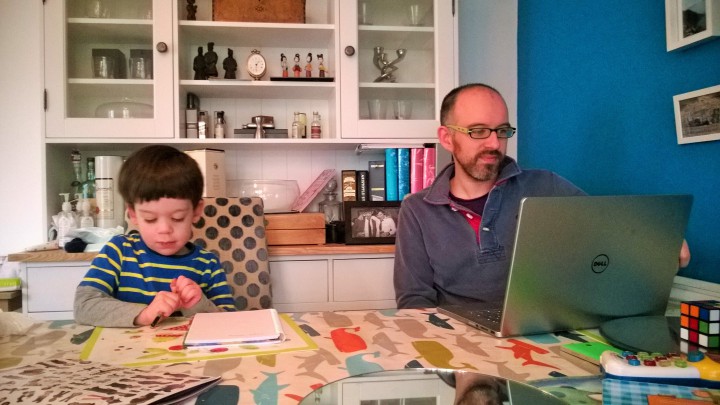 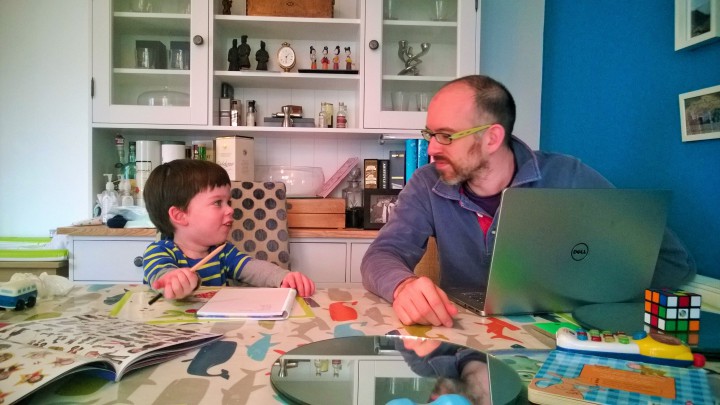 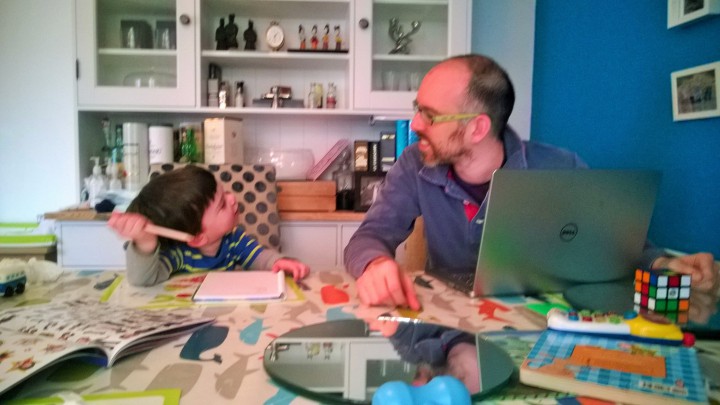 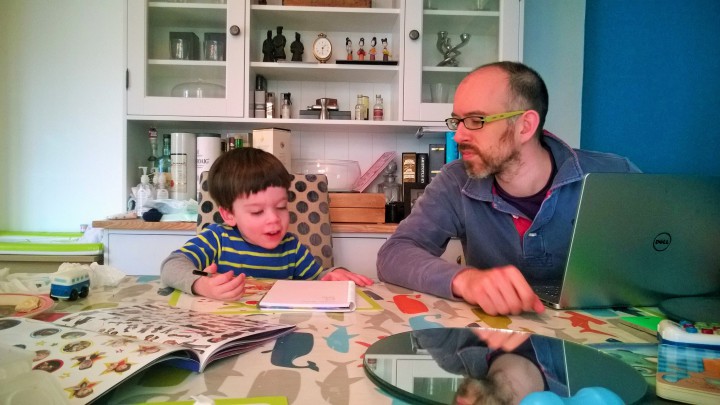 I love this series of shots, they aren’t the best and some are a bit blurry but it really captured the moment. It kept Monkey entertained for ages telling Daddy what we needed to do and what we needed from the shops. We were really impressed that fruits and veg were at the top of his list – wish he was that keen on actually eating them! Colours are always listed in rainbow order these days and apparently we had to make ginger bunnies in the shape of all the Bing Bunny characters. 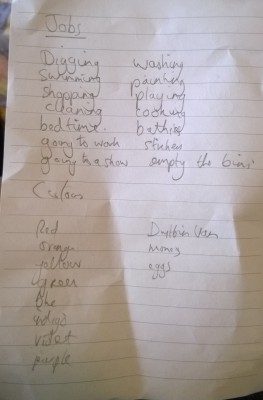 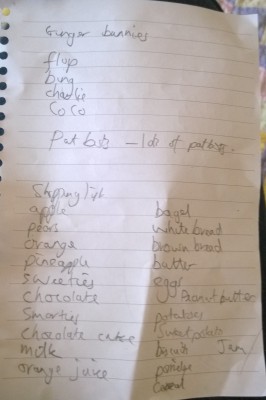 I sat chuckling on the other side of the table as it was so cute watching their little conversation and watching them write their lists, hearing: “What’s next on the list Daddy?”  and “what do we need on the list?” from our little 2 1/2 yr old! It’s amazing how much they take in, and then store away for a later date. I am still waiting for him to repeat some less cute phrases that have been uttered in stress, that we hope he hasn’t taken in!