It was my birthday at the weekend, and it was a very lovely birthday. It’s difficult as you get older, to know how to celebrate your birthday sometimes. We thought about having a big bbq with friends and family round but in all honesty I couldn’t be bothered. I do love hosting things like that but it is a lot of work and actually, for my birthday, I didn’t want to do it. I just wanted to relax instead.

So on Saturday I left hubs with the kids, and popped down to London to see some friends. I was armed with a picnic and hoped the weather would be kind as I headed to Greenwich Park. As it turned out the weather was perfect, warm and dry but not too hot either, and I had the loveliest day with my girls, just sitting doing nothing but chatting. It’s so rare to do something like that and I enjoyed every second. 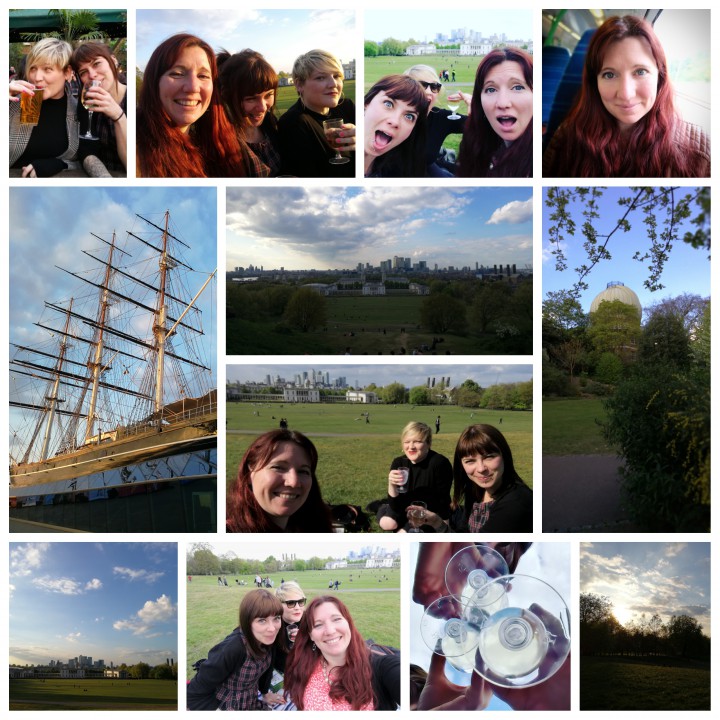 I was home by 11 so it wasn’t too late a night and wasn’t too hungover the next day for my actual birthday.

Thankfully LM slept in for us that Sunday Morning so I had a relaxed start with tea and presents with hubs and Monkey. I had a nice hot bath and got ready while hubs sorted a picnic for our day out bluebell hunting.

One of the things I love about having my birthday at this time of year is that it is very much bluebell season. There are some woods not far from here that I have visited regularly over the years, but this year I wanted to try somewhere new. I saw that Brampton Woods were supposed to be nice, and are only about 20 minutes away so thought we would try there.

Uncle Mark & Auntie Fran came with us and, well, we weren’t disappointed. Almost as soon as we entered the woods we were greeted by some beautiful bluebells. 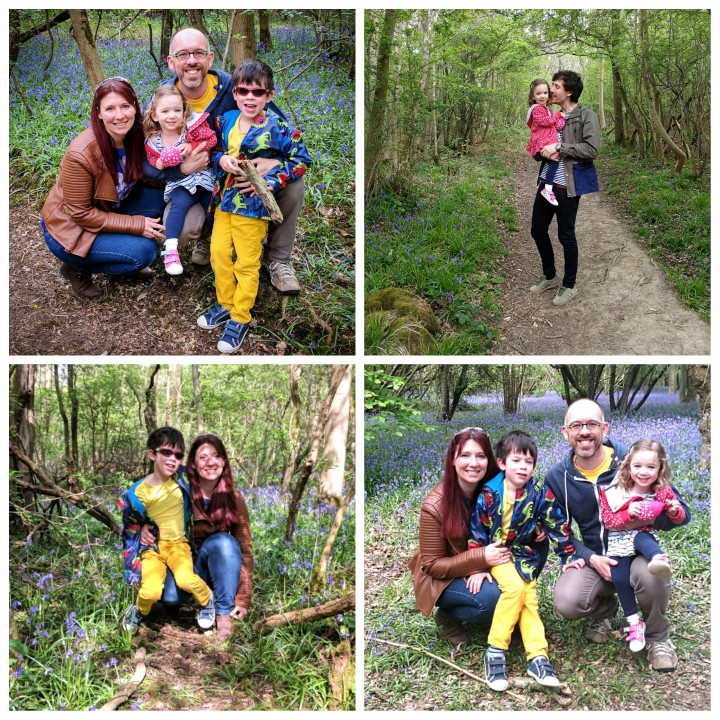 I had read online the best spot to find the bluebells so we headed in that direction and wow it wasn’t wrong. There were bluebells as far as the eye could see, it was stunning and everything I had hoped it would be. 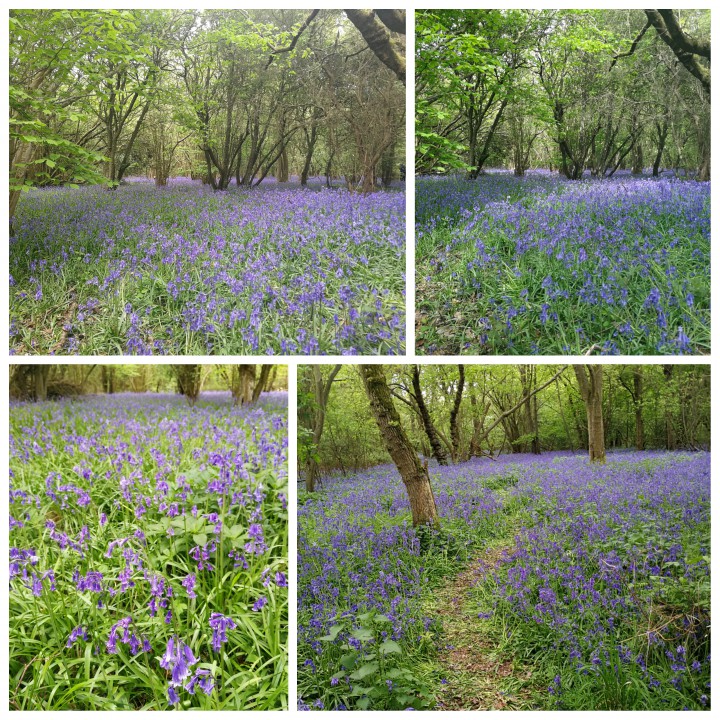 We spent a while larking around and taking pictures and just enjoying the bluebells, then had a lovely little picnic before carrying on exploring the woods. 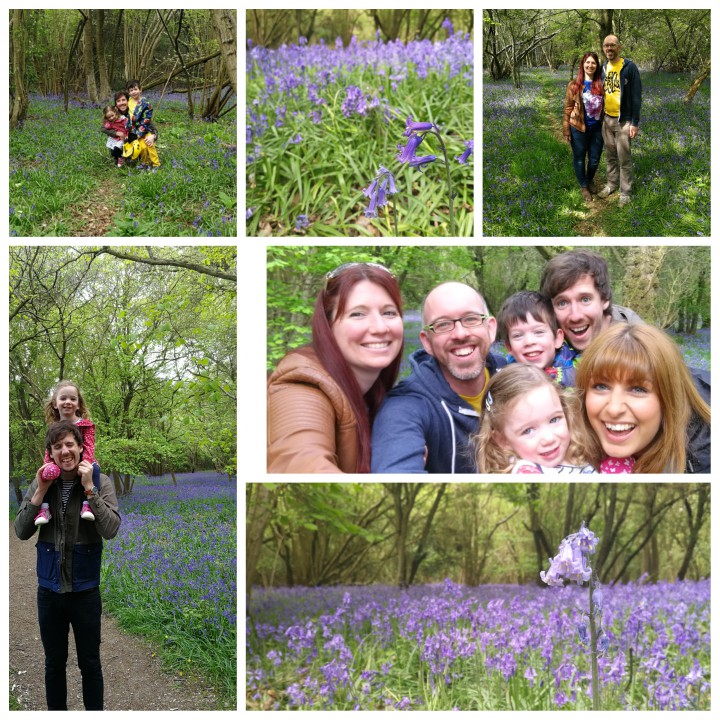 There were areas in the woods where it almost looked like it was showing, or like we were in a misty swamp or something as there were fuzzy spores everywhere. Think like the seeds from a dandelion clock, but everywhere! 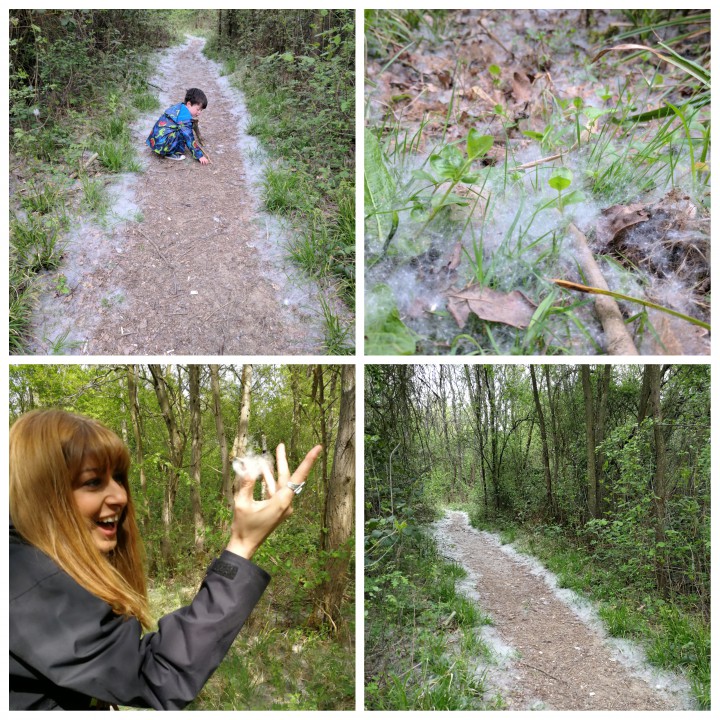 We spoke to one of the rangers and apparently it is the spores from an aspen tree. Normally they get washed or blown away but because it has been so dry recently they are just gathered together. So it’s very unusual but was kind of cool and felt pretty ethereal. Even during our picnic there were spores flying around us, at points it felt like ash falling in the scenes from Avatar after “home tree” burned down. Even though it was quite cool I was glad to be in the non fuzzy areas again as it was just everywhere and it felt like you were breathing it in!

We had great fun and it is a lovely wood as it is so diverse, with open areas and ponds as well as the more dense woodland areas. 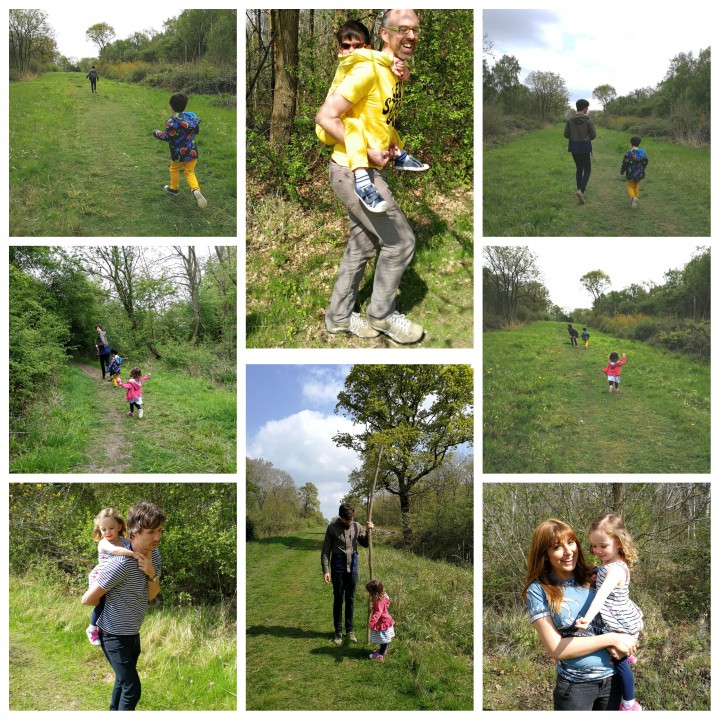 There’s lots of reasons why I love this time of year, the blue skies, warmer days, the bright colours to name but a few.. But there are two particular reasons too. One is because it was my birthday (on St George’s day to be precise) and the other is because of bluebells. This weekend I got to celebrate and enjoy both. 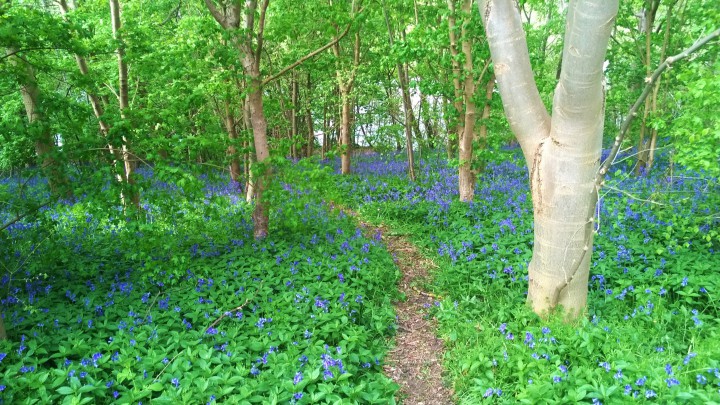 There is a lovely wood, very aptly named Bluebell Woods, not too far from us. Walking distance in fact, though quite a long walk with a baby and toddler in tow (around 6 miles round trip). I love going there at this time of year but don’t always manage it with one thing or another. This year I was determined so on Saturday we headed over, we could have driven but decided the walk would do us good and we had the buggy board in case Monkey’s legs got tired. 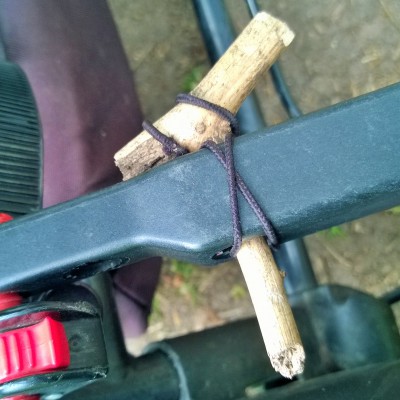 It was a lovely walk.. although the bad luck I had last week continued somewhat and first of all the buggy board broke. Like I say it’s quite a long walk for a toddler so this wasn’t great. Thankfully I managed to rig up a twig and a hairband to hold it in place!

The bluebells didn’t disappoint and there was a sea of them carpeting the hillside in the woods. Just beautiful and lovely to show Monkey too. 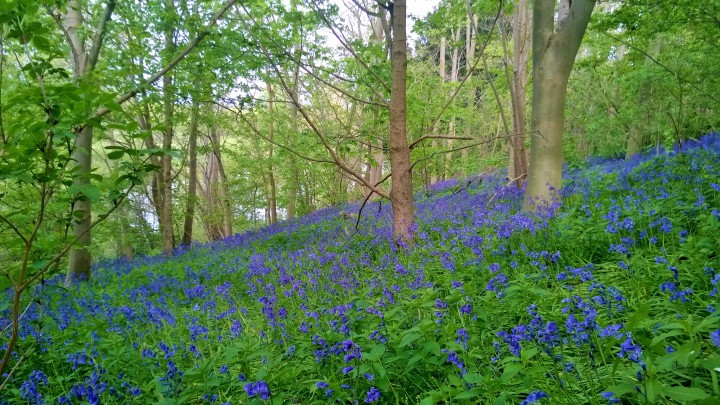 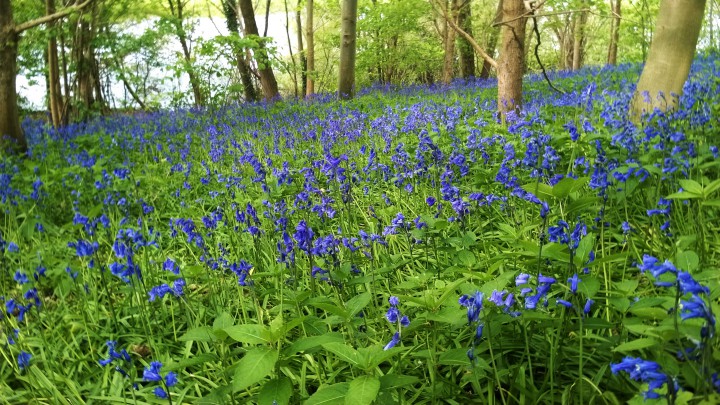 We carried on our walk until hubs started struggling with the buggy… and we realised we had a puncture. A good 3 miles from home. Joy! The walk abruptly ended and hubs ran/power walked home to get the car while I dragged the buggy to the nearest road (thankfully not that far from where we were) and waited for him to come and collect the kids and I! Hey at least we got to enjoy the bluebells 🙂

Then on Saturday night it was the night I have been looking forward to for some time, my belated birthday night out. I’ve been out for dinner with the girls a few times since LM was born but hubs and I hadn’t been out together since my friend’s wedding in August and for my birthday I wanted us both to enjoy a night out with a group of close friends and family.

My lovely Mum kindly agreed to babysit and I had been looking forward to it for weeks! I had a lovely new top (in the sale at Oasis) which cunningly cinches in at my thinnest bit then hides my wobbly tum, and all my dieting helped me squeeze into my new skinny jeans. Love this outfit!

I curled my hair with the new curling wand I got at The Gadget Show and though it took me a long time as it was my first go (like an hour and a half, way longer than I normally spend beautifying myself) I was dead chuffed with the results (thanks to the youtube tutorials that showed me how the heck to use the thing!). The curls stayed in all night and it was just lovely to feel like me rather than just Mummy for a few hours.

So many lovely friends and family came and it was lovely to catch up with everyone, have some yummy food, drinks and giggles. I even got to have some yummy cocktails, yay! i’m not sure how we managed it either but miraculously neither hubs or I had particularly sore heads the next day either. We were both a bit tired as we didn’t get homeuntil 1230 ish, which is way past our normal bedtime, but not much worse than normal actually. So hooray to that! 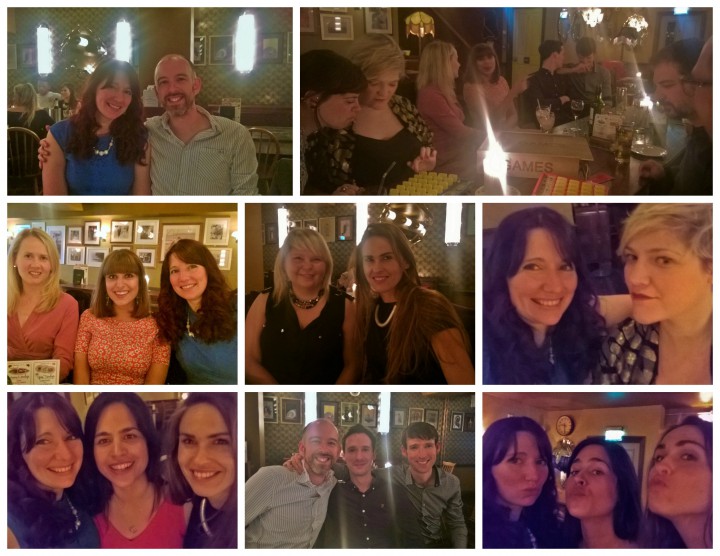