I’m so so proud of our little Monkey at the moment. He’s always been a bit reserved about trying new things, and gives up quite easily if he feels he can’t do something, refusing to even try. But there has been a bit of growth in that area recently. Since learning to ride his bike without stabilisers his confidence has really grown. His balance has improved and he is taking more things in his stride. 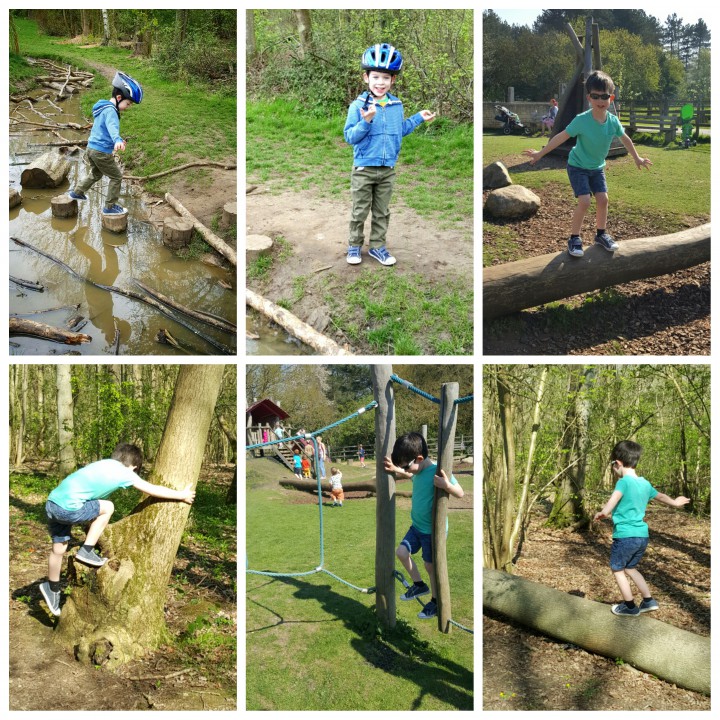 He’s really gotten into climbing too. He likes climbing up the sides of our local pirate ship play park, and is desperate to climb trees too. When I saw our local country park was offering a tree climbing session I knew I wanted to book it. It’s not climbing in the traditional sense but using helmets and ropes.

I hoped he would love it but because he is who he is, I wasn’t 100% sure how it would go. He may have decided he didn’t want to do it at all, he may have decided not to try. But I tried to forget all that and just kept up the positivity about it. He had seen pictures of his frienddoing it before so I hoped that would help.We arrived on the day and there was a TV camera there as ITV Anglia News were doing a piece about it!

Monkey was very quiet but had an excited look on his face the whole time. He got suited up then it was his turn to climb. 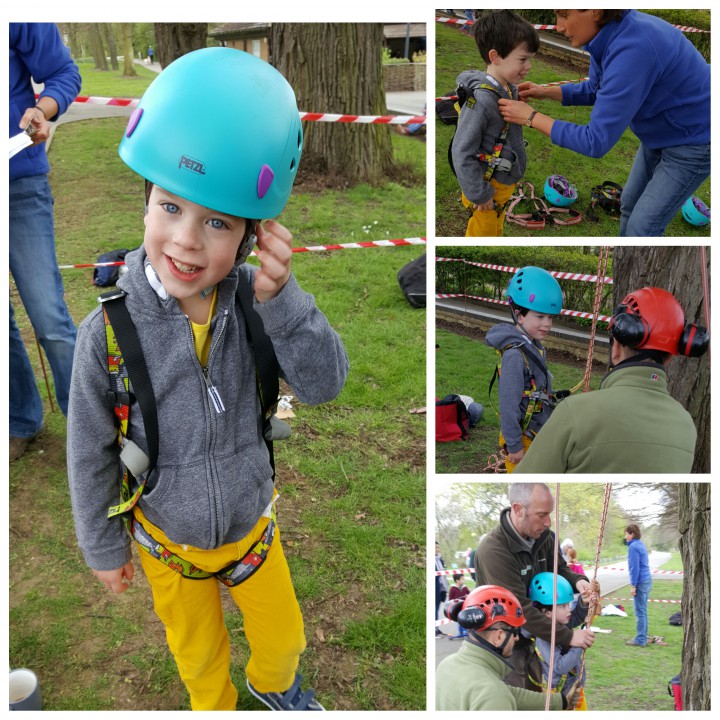 And he was amazing! He listened to the instructors and did as they asked. He just went straight for it and right up that tree and was so happy about it. It was amazing! 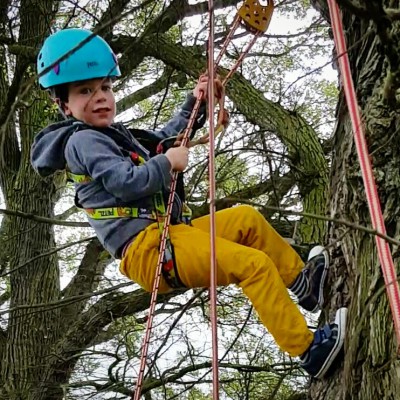 Afterwards he was interviewed for the news and, well typical child, I’ve never known him so quiet and not chatty haha but they got a little soundbite… And well that night he was on ITV news! Our little TV star! I filmed the clip on my phone so you can see it, though sorry about the poor quality.

I am so so so proud of him, this was a real achievement for him it really was! He is really proud of himself too and loves the fact he was on the tv haha.

Not a very exciting or deep post this one but I can’t share resisting these cute snaps of my little fireman. He actually started the morning as a pirate, but when we suggested going to the playpark he said he wanted to go as a fireman. He got the costume for his birthday and hadn’t worn it yet, so I thought, why not?

We had great fun at the playpark. We pretended to take water from the round spinney thing up the climbing frame to put out the fire and rescue someone by coming down the slide. 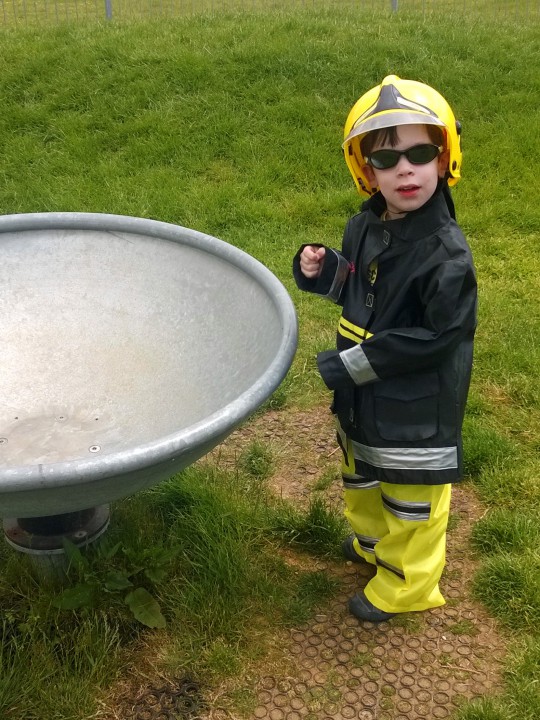 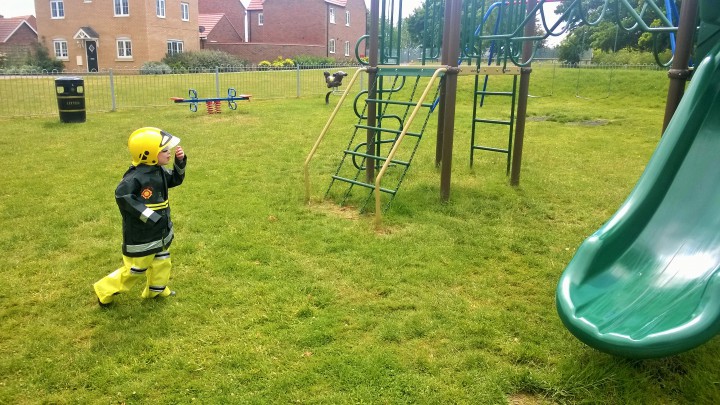 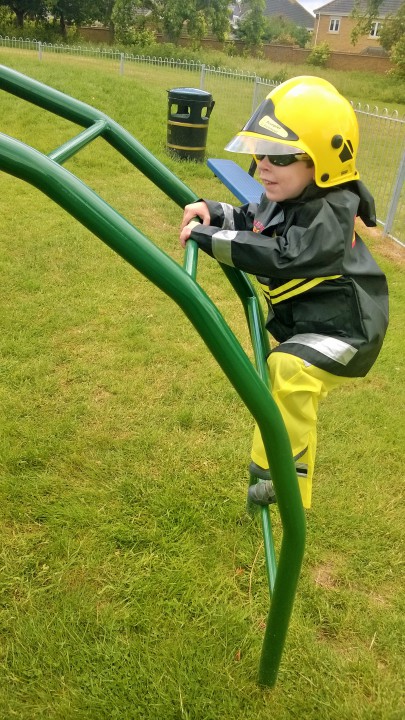 His trusty squirrel helped him get to the fire quickly of course! 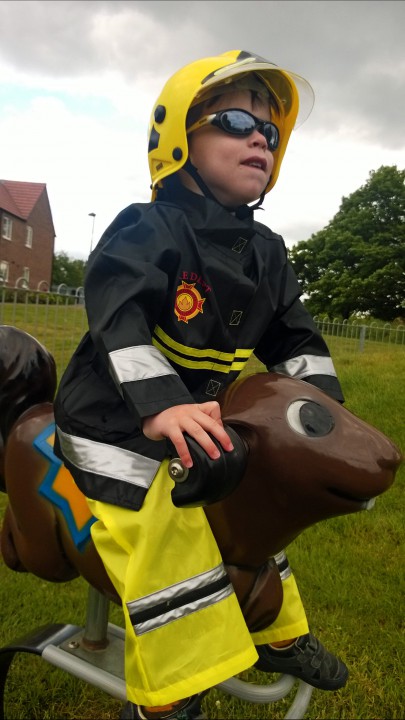 He is such a sweety in his little costume and I adore his imagination as he grows, he really is a darling. 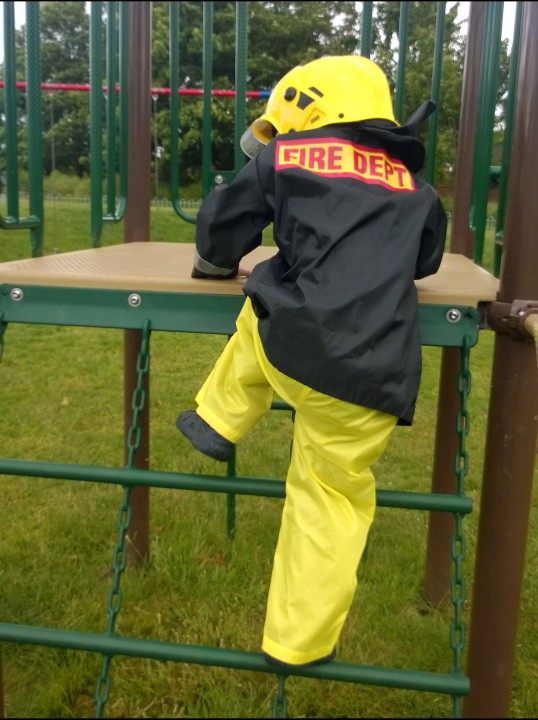 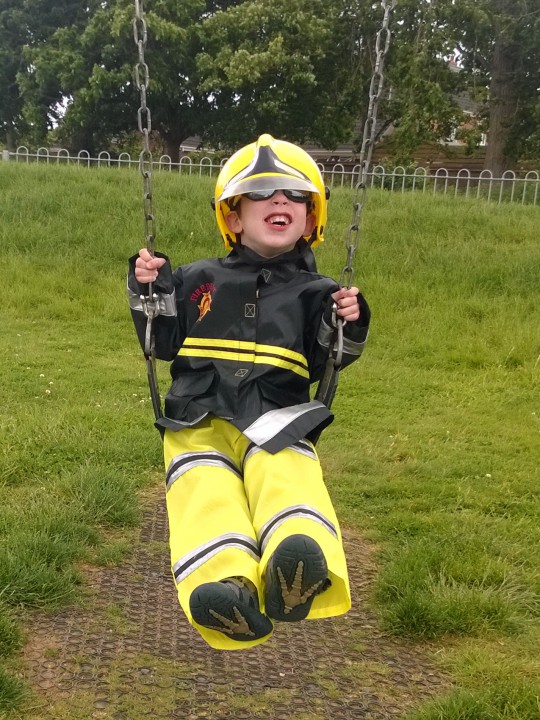 Though I am not sure why but whether he is dressed as a pirate of a fireman, he always says “I need to do some digging!” Do firemen dig???