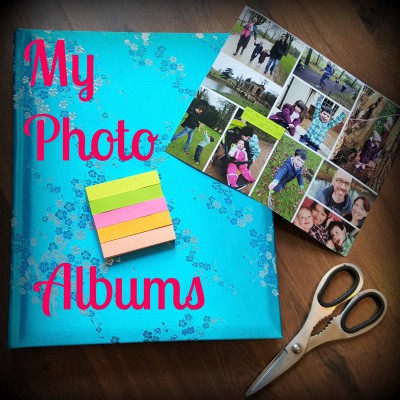 My dad always used to take a lot of photos and while endlessly posing for the camera did my head in as a kid, I always adored looking through our family photo albums. Oh and we had hundreds. I mean literally, hundreds. Every photo my dad took would go into an album. We would have 7 or 8 films (with 36 exposures of course) for one 2 week family holiday and it all went into albums.

Since things have gone digital of course none of us think anything of snapping away, taking hundreds of photos in the blink of an eye without really thinking about it. But what do you do with all those photos? Do you share them on social media or on a blog? Do you go through the pictures you take and label each with a title so you can find them easily? Are they backed up online with thousands of photos with random file names making it almost impossible to find a specific picture ever again?

Because physical photo albums were always so filled with happiness for me as a kid, I have tried to carry that tradition on a bit. Not quite to the extent that my parents did, mind you. Instead of multiple albums per year I am trying to limit the amount of albums. Squeezing 1-2 years into one album to try to keep the amount of physical albums manageable. So, how do I do it? How do I get down from the thousands of photographs that I take every year (and I do mean thousands, I recently found a folder on the computer with 10,000 photos taken in the last 6 months) into a manageable amount that be squeezed into half a photo album?

Well, it takes some organisation.

We have online storage (currently one drive though we have used Google drive and Livedrive in the past) and every photo we take on our phones are automatically uploaded via WiFi, then downloaded onto our home computer and laptop. I then try to routinely organise the folders from my camera roll into other folders. It is easier if I do this frequently, I have left it months before and it is a daunting task at that point! I tend to create a folder per year and then have sub-folders within for events such as days out, birthday celebrations, even a nice walk where I took a lot of photos. 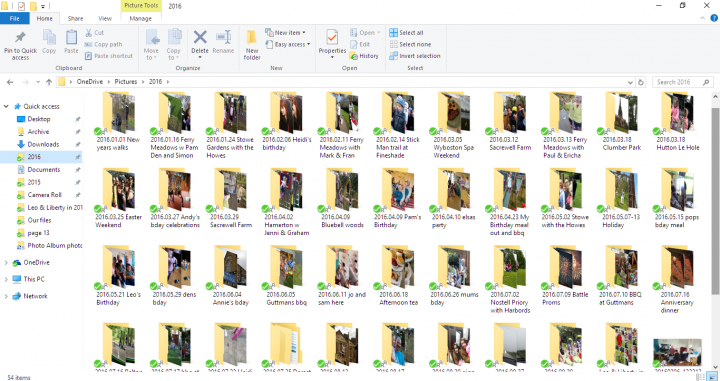 In the past I have just moved every photo from a specific event into a folder “to be sorted at a later date” but this year I am really trying to only move in the best pictures that are really worth keeping and then deleting the rest as, seriously, there are so many photos! I also have a subfolder specifically for photos of Monkey and LM. I am often snapping them painting or playing etc and I love to keep some of those pictures of them too even though they don’t fit in to a specific event category.

Then, every 6 months or I so, I look back through the folders and copy my absolute favourites into another folder, in preparation for making an actual photo album. I do this in a couple of goes, going through them again to weed out ones that are too similar and keeping the best, or funniest, or ones with a story to them, and making sure I have shots with family members and friends included too. 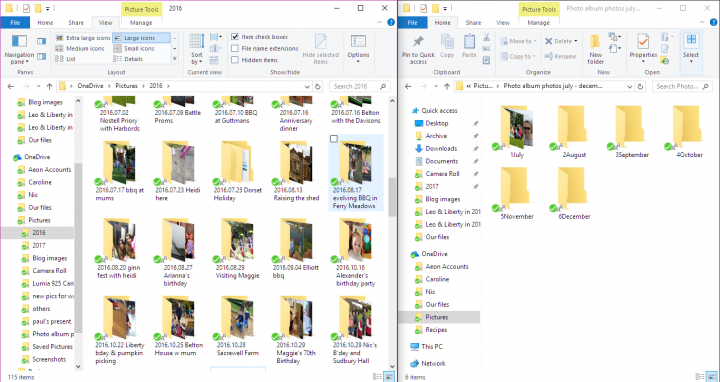 The actual albums I prefer are the ones with big self adhesive pages. I’ve never been a fan of slip in albums as all the photos have to be the same way round, and there isn’t any freedom in terms of getting lots of photos into an album. With slip in albums you can fit so many photos of a particular size into the album, and that’s it. With self adhesive albums there is more freedom.

I’ve always loved a nice collage. Even back in my uni days when I would get my films printed out, I would cut up my photos and do each page of an album as a college. I like to think my collages now are a little more sophisticated but the idea is the same. Getting as many pictures onto one page of an album, as possible. I’ve tried a few ways of doing this over the years, but I think I’ve found the nicest way to do it. I create collages using pic monkey (always a blogger’s friend) and have the collages printed out. I have a big collage with about 14 photos printed onto a 10×8 print, and small collages of 2-3 photos onto 6×4 prints and can just squeeze one big print and 2 small prints onto each page, with a bit of trimming taken into consideration. 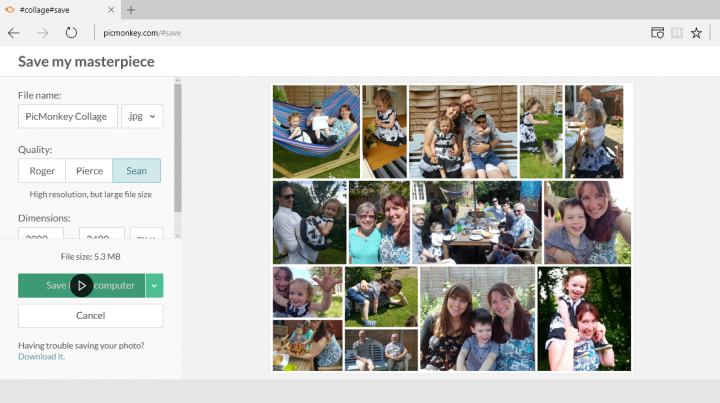 I know this is a lot of pictures on each page, and for some it would be too crammed… But I love it. I love being able to see lots of shots per page and for me having more pictures per page means fewer albums in total, taking up less space, which is important to me. I then use some little coloured sticky tabs to add notes to the pages, just to give a rough indication of dates, locations, and at the moment, the kids approximate ages. I love being able to look at a page and immediately see, right that was June 2016, Monkey was just 4 and LM was 20 mths old. 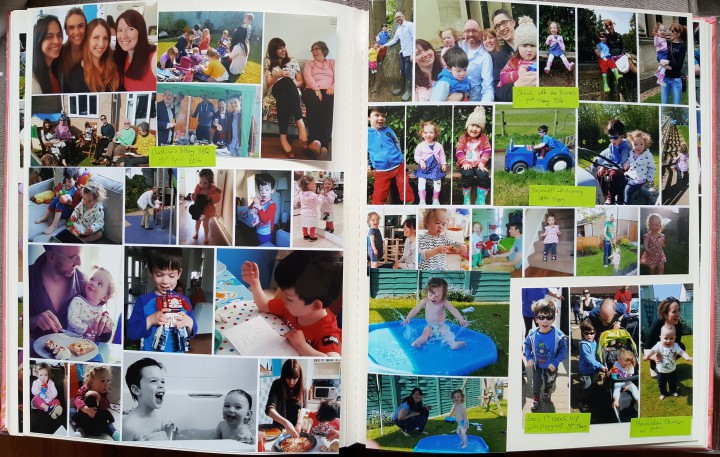 It takes a lot of time and effort to do all this, but for me it is so worth it. Do you organise your photos? How do you do them? Do you have physical albums? Or digital ones? Or you scrapbook? I’d love to hear how you do it. For me, I am have started the task of organising photos from July-December to last year and am enjoying the process of creating my next photo album, so my word of the week, is, albums.