My word of the week this week was nearly solo, as Hubs has been in Canada since Monday (lucky devil) and I have been solo parenting for my longest stretch ever. But I haven’t really been solo – because I have so many wonderful friends and family around who have supported me and helped me out that I really haven’t had to do it alone. So my word this week is support.

So here is what made me happy over the last week.

Having a lovely Afternoon Tea with my hubs as a treat at a posh hotel. It was my birthday present from my parents and we thought it was a good plan to use it before he went away. With all that has been going on lately we have been really snappy with each other so it was nice to reconnect and have some fun together people watching and eating yummy food 🙂 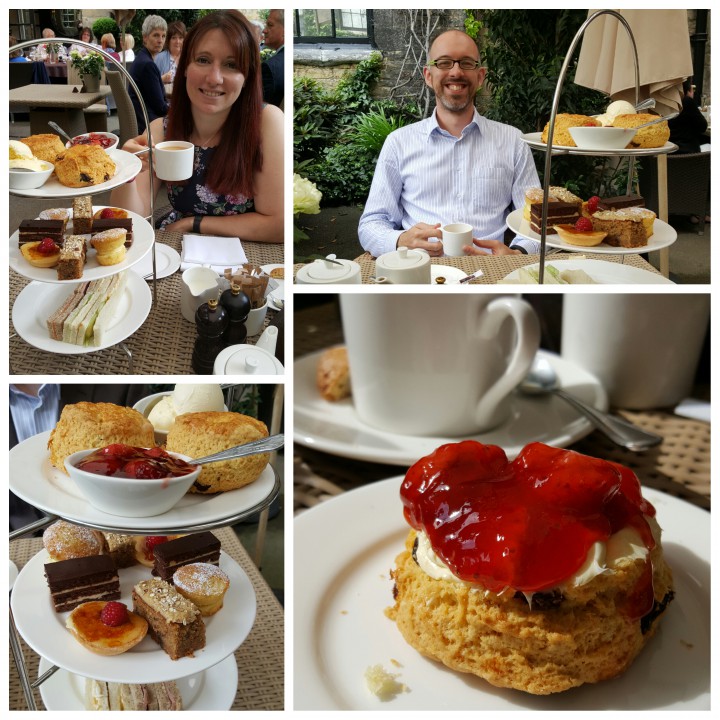 Enjoying Father’s Day morning at a local country park with Hubs’ parents, enjoying a rare bit of sunshine and warmth and having a lovely time together before saying goodbye to Hubs the next morning. 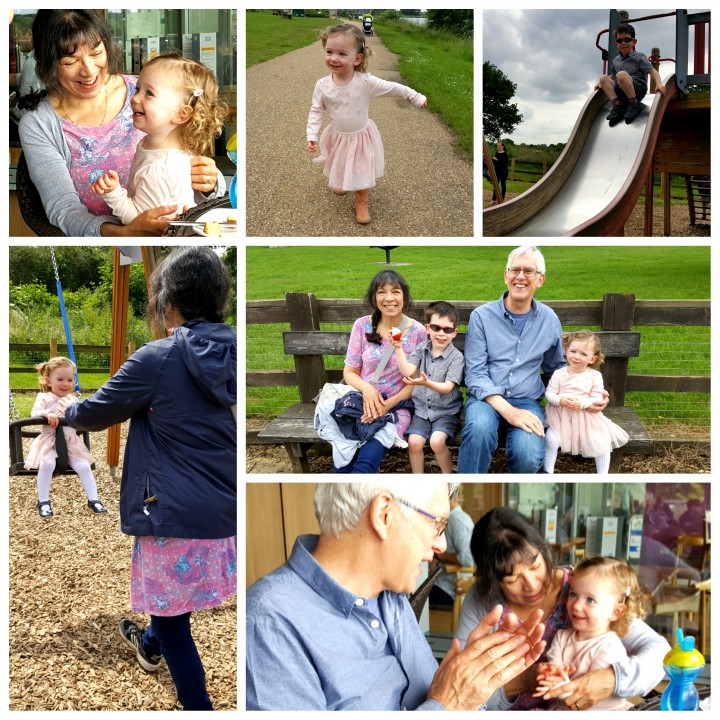 Seeing how much LM loved the huge puddles when the rain returned on Monday, though I was less impressed at how many times I had to change both our clothes that day! 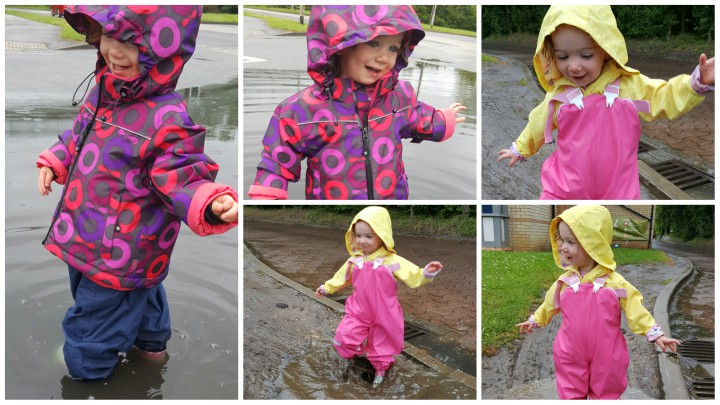 Having a lovely sunny playdate with some friends round on Tuesday – chilling with friends in the sunshine is how a summer playdate should be, right? 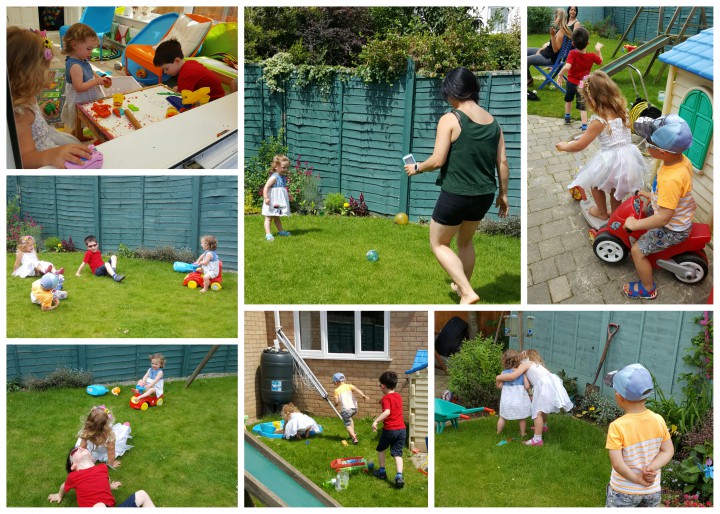 Having an impromptu walk round our local country park with some good friends and heading back to their house for tea. All the kids get on so so well so it was lovely.

Having Uncle Mark and Aunty Fran round to help with bath and bedtime Tuesday night. The kids are so close to them and have so much fun with them it is wonderful. 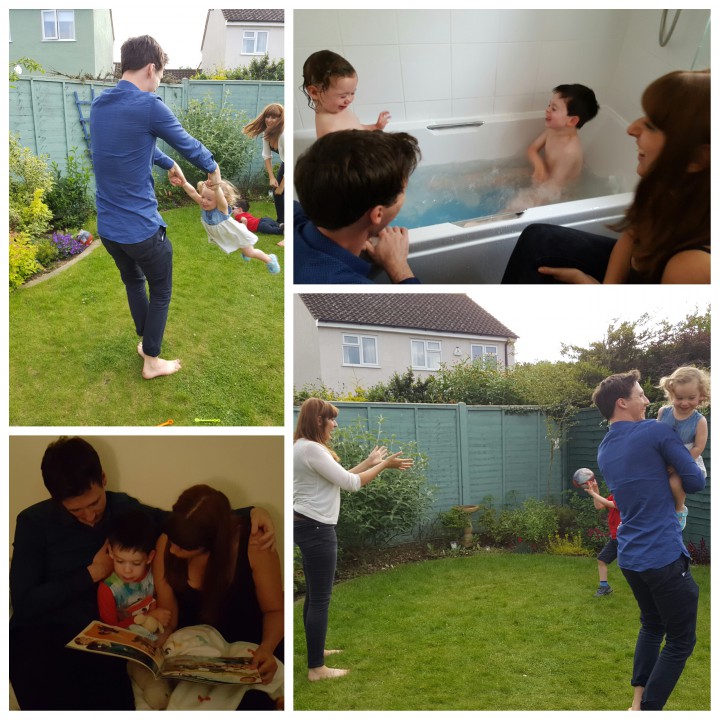 Strawberry picking with my Mum on Wednesday, more to come on that tomorrow!

Popping round to see the Grandparents Wednesday afternoon then both my Mum and Uncle Paul popping in to help with the kiddies while I sorted tea and got some jobs done.

Having loads of bathy time fun with my gorgeous kiddies. Bathtime is often Hubs domain as I have been with them all day and he then gets to have fun with them…but it was lovely to enjoy that time (even though I will willingly give it back next week as that is normally a bit of a rest time for me!!)

Visiting our local country park with friends on Thursday as Monkey’s pre-school was closed to be used as a polling station. It was yet another wet and miserable day but we had a lot of fun nonethless. 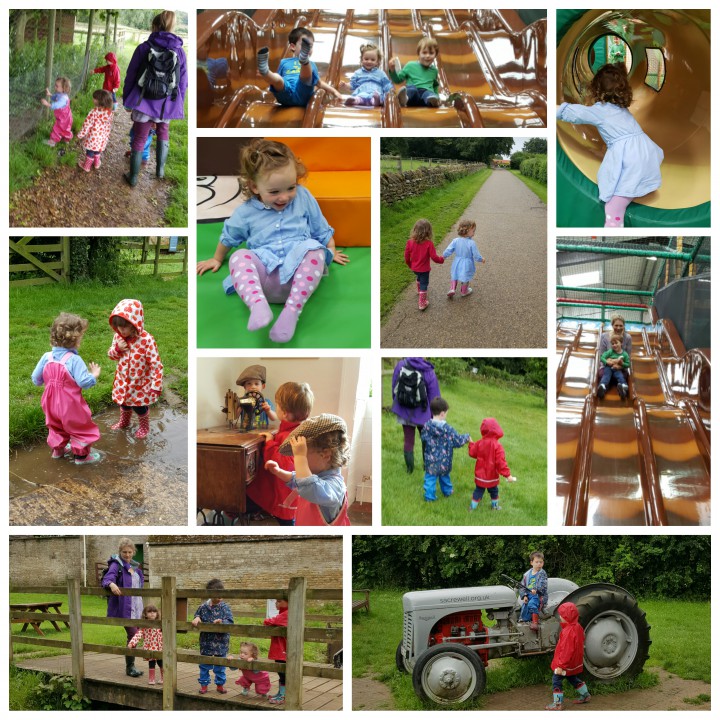 Skyping with Daddy in our afternoons, which is his morning.

It has been a really really busy week, which has been great as it has flown by and we are looking forward to Daddy being home. I am shattered but as I am sure you can tell from the list above there has been a LOT of happy times here.

There’s no denying pregnancy is pretty magical, it’s really quite incredible when you think about the fact that you are growing a tiny human being inside your body. Nature is pretty marvellous. But, well, despite what the media likes to portray of pregnancy, being pregnant doesn’t always feel that magical. Most media images of pregnant women show glowing skin, radiant complexions and a lot of the less fun aspects of pregnancy are very much glossed over. 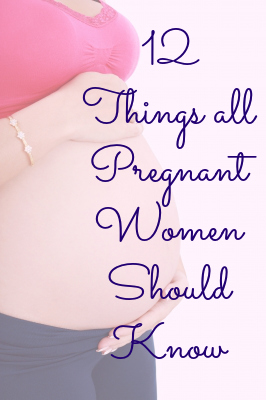 This post will highlight some of those less enjoyable aspects – not because I want to scare anyone or put you off being pregnant. It is magical feeling those kicks and the symptoms really are different for everyone. But I just want to get this post out there for any mummies to be who are feeling less than yummy. Know that you are not alone, and what you are going through is perfectly normal.

Because, for some of us, pregnancy isn’t exactly a bed of roses.

END_OF_DOCUMENT_TOKEN_TO_BE_REPLACED

After an insanely busy week last week, this week has been much calmer, and thank goodness as I really needed it to be. There has been lots more positivity this week too so that was nearly my Word of the Week, but instead I have gone for “Support” and I will tell you why.

Regular readers will know about the ups and downs I have had with my pelvis so far in this pregnancy, and I have basically been in a lot of pain due to a lack of support in that region. But on Monday morning I met my new physio who was wonderful and positive and supportive and she has made the world of difference already. I won’t go into too much detail here, but I have written more about it in my week 10 update, if you would like to read more.

One thing I will mention though is that I now have a rather fetching support brace, which is MUCH better than anything I have had before, in that it actually supports my pelvis. It’s not a miracle cure of course and the pain isn’t miraculously gone, but I have felt able to do more with Monkey this week. I haven’t been shying away from walks to the park for fear of the pain I would be in. I have been able to wear the support and have it take some of the strain for me and allow me to be more of the Mum I want to be. Yay!

The other reason I have chosen the word support is because my friends have been so supportive of me lately too, and I feel very very lucky to have such lovely supportive friends. They are a relatively new group of friends, we all met working in the same office and we have really got close since we all had children fairly close in age. I popped round to see one of them for a play date last Friday and I was feeling particularly low. I was in a lot of pain and was so tired after a busy week, but I needed to get out of the house with Monkey.

One thing I always worry about is being that annoying person who is constantly moaning. Growing up my Dad used to moan about his back allll the time, to everyone, and I would see people’s eyes glaze over as he banged on and on about it without ever asking anyone else how they were. I would never want to be thought of the way that I know he was. But it’s a balance because I don’t want to be a martyr either and not tell people who are close to me when I am suffering.

So I was at my friend’s and she knew bits of what was going on, but not all and she wanted to know how I was. I still held back a little though and at one point apologised to her for being such a moaning minnie. She looked at me and said “Seriously Caroline, You don’t have to be happy all the time. This is rubbish and you’re allowed to be miserable, and I want to know how you really are!” I think I cried a little (I blame pregnancy hormones) and spilled. And you know what, I felt so much better for it. I worry too much sometimes and need to trust people more.

As a group we went out for dinner on Tuesday and had a lovely time (even though our food took nearly and hour and a half and we didn’t get to eat until 9pm! Shocking service!) and again just felt really lucky to have a great group of friends and they were all so happy for me that the physio went well on Monday. There was lots of fun and giggles all evening and it was just lovely.

My husband and our families have been so supportive too and been rallying around to play with Monkey and get some of the housework done that I can no longer do, and overall I am just feeling like the pressure has lifted. The combination of being able to physically do a bit more because of my support belt, and feeling supported by friends and family has made for a much nicer week.

I think the fact that the week has been calmer and full of early nights has really helped too though! So there we have it, my word of the week is “Support.” What’s yours?