I did it! I finally got all of the ideas that have been buzzing around in my head for so long, out of my head, and into the form of a website!

I’ve had an idea of what I would like my website to look like for ages. But I had no clue how to do it. I’ve tried a few different free themes that have been ok but I always knew they weren’t perfect. It wasn’t something I wanted to spend any money on as I didn’t know if it was any good or worth spending any money on.

This year things have changed a bit, in that since I have joined Twitter I have become much more a part of the wonderful blogging community that I had previously shied away from. I wish now that I had got more involved in this community sooner but hindsight is a wonderful thing. Since joining twitter, and discovering Linkys and Blog hops, the traffic to my site has increased and I have received some truly wonderful comments that have boosted my self-confidence no end and made me feel that what I am writing is worthwhile.

Then my lovely hubby offered to pay for a site redesign as my birthday present in April. He had offered before but I’d always turned him down as it seemed a waste of money, but as a birthday present it seemed more reasonable. At first, I said yes, then the control freak inside got the better of me. I had such a strong idea of how I wanted it to look that I was scared of never being 100% happy with the way someone else interpreted that idea.

So I started having a play around. I took some photos for a potential header background. I have been getting to grips with PicMonkey and have had lots of fun editing and creating with their free software.

This turned out better than I thought it would and I got excited, then hubby got excited with me. He is great at web design and used to do a lot of it, but he doesn’t have time in his current role so only dabbles occasionally. But the great thing for me is that he knows how to do it all. He understands CSS and knows the language to use to make things happen. This all just looked like gobbledegook to me before! So we found a very simple theme that wasn’t perfect, but that he assured me we could make into the vision in my head.

Hubby works so hard and has a demanding job so I have felt awful being demanding of him in the evenings too. I’ve also felt frustrated that I can’t do much of it, and impatient that it has been taking so long!

But I have been gradually learning bits of CSS too. I by no means know everything, but I know a few things now. I can download a font from t’internet (somewhere like Font Squirrel) and I know how to embed that in the site and use the font. I know how to change the colours, sizing and line spacing. I understand some of how CSS works now and  how to find what I want to change and try to change it. 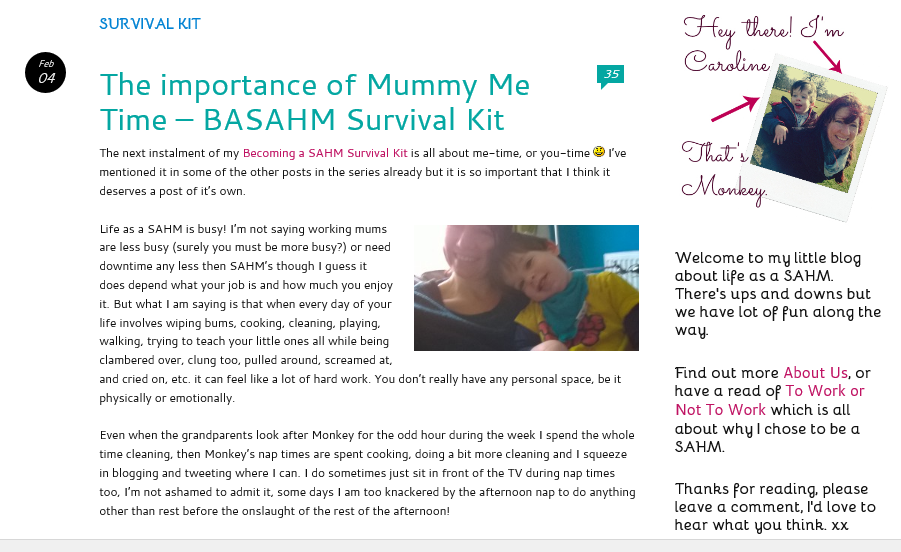 I’ve really enjoyed the process and wasn’t sure how it was going to turn out – but I am so pleased and so happy with the end result. I hope you like it too!