Sooo, as I have mentioned before, I was getting pretty annoyed with my granny square blanket, which is why it has taken me this long to finish it! But it is done, finito, finally!! 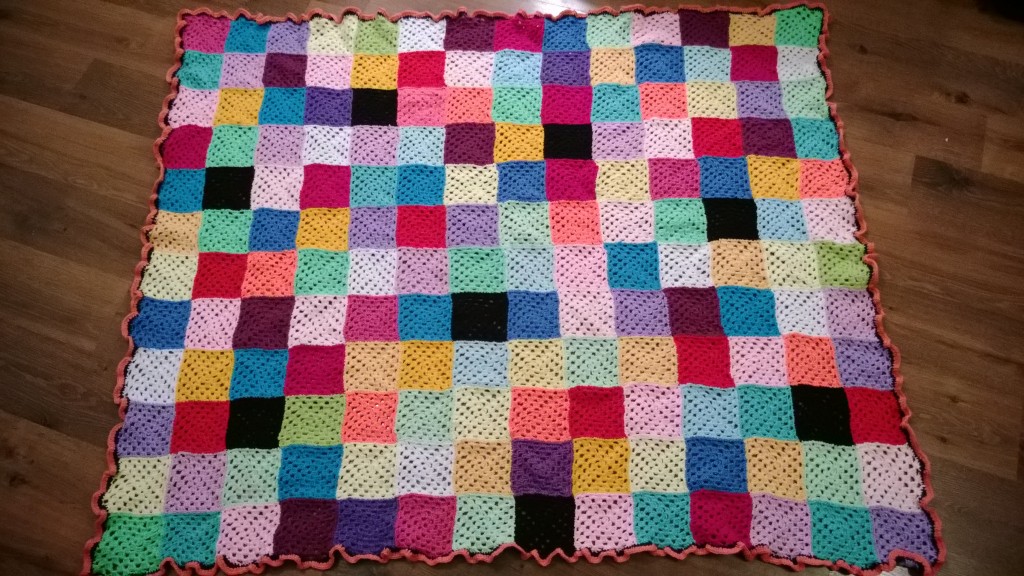 The border isn’t quite the way I planned or wanted but it is done and I am happy that it is finished.

So, I think the last time I blogged about it, I was frustrated by the waviness of the edge of my blanket and wanted it to be a straight edge. After a bit of a break I decided to embrace the wave. What I had originally wanted was a few rows of straight then a wavy edge, but instead I ended up with no straight, and just wavy edged.

I got a bit creative with crochet stitches to create the first line of the border, in the navy. This is what it looked like with just one line of border. 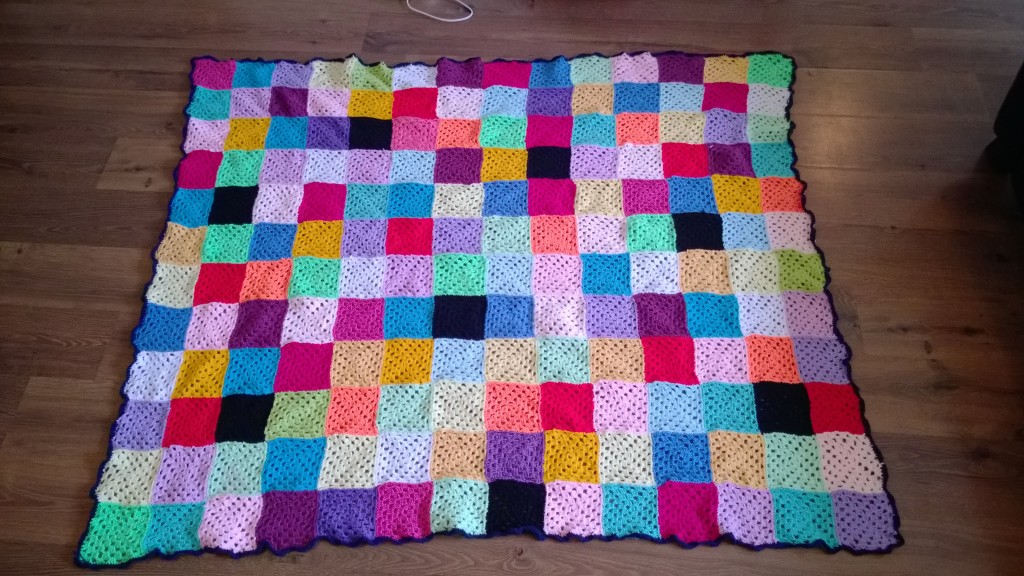 I wanted to use this lovely peach wool for the next line of the border. I wanted to carry on the wave, but thought as I had already created a wave, that by just doing purely treble stitches in the next wave, that it would automatically follow the same pattern. Nope. This didn’t happen, instead it pretty much straightened out! When I wanted to straighten out the edges of the blanket, I couldn’t get it to do it, now I want to carry on with the wave and it goes straight, crazy! Anyway got a bit creative with stitches again (and got some inspiration from wave blankets from much better crocheters than I) and made the wave bigger and better. 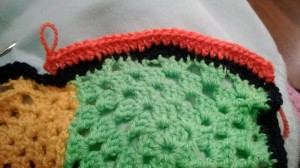 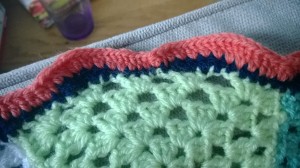 I was happy with this, but this blanket is huge and it’s a lot of repetitive crocheting to get it finished. Add to that my boredom and impatience and it has taken me ages to get round to doing it. I had thought I would do at least one more layer on the border, if not two, but at the rate I am going it would never get finished. So I have decided to leave it be for the time being, and maybe look at doing some smaller projects, with more instant results.

I may pick it up and add to the border again one day but for now, I am very relieved to say that at last it is finished. It has certainly been a labour of love but I am proud of it, considering that at the beginning of the year I had no idea how to crochet. 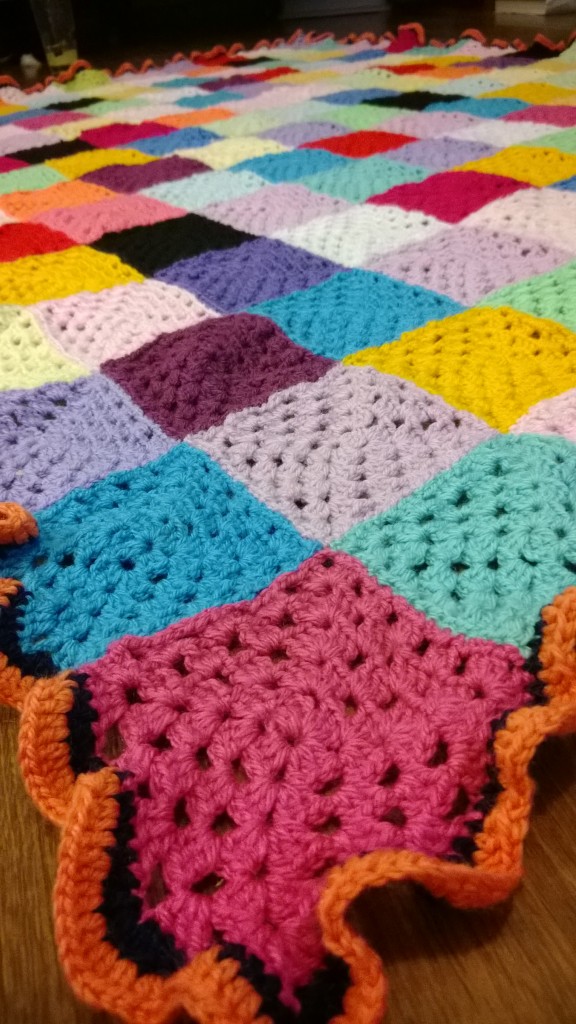 16 thoughts on “The Granny Square Blanket is finally finished! (for the moment at least…)”