We had a pretty miserable day yesterday and Monkey was not happy no matter what we seemed to do. We had so much whining (which I am afraid to say really grates my nerves) and it all built up to a huge battle of wills at lunchtime. He has been getting fussier and fussier with food again over the last few weeks, I won’t go into too much detail here I have written about mealtime battles before and am writing a longer blog about dealing with food issues so it is all in one place, rather than boring you all with endless blogs about the same thing!

But anyway, yesterday lunchtime was a screaming, wailing nightmare with him refusing to eat his falafel, which I know he loves. We ended up taking him out just to get out of the house, hoping for a change of scene to help. Eventually, after realising he really wasn’t going to get anything else, he took a tiny bite out of the tupperware pot I had transferred it to, and then scoffed the lot because oh yes I really like this. Grrrr Why we had to have half an hour of screaming before this I do not know.

He was really fussy all afternoon after his nap too, though we were definitely being stricter with his food intake yesterday, and he scoffed all of his dinner (yay) but then by bathtime and bedtime he was a real misery guts again. By the time he was in bed both hubby and I had had enough.

This morning he woke up much happier and actually coped pretty well as I carted him around various shops. Unfortunately I had a disaster as I lost my purse this morning, it was in my coat pocket and all I can think is that when I was putting Monkey in the car to come home it must have fallen out as when I got home I could not find it anywhere. I was devastated at the thought of having to go through all of the hassle of cancelling cards and getting a new driving licence etc. So after his snack we dashed back to the last place I knew I had it and checked with the shops and with the security guard who patrols the car park, nothing, I was gutted.

We came home again as my parents were coming round, opened the front door and ouila! My purse was staring up at me! Some lovely lovely good samaritan found it, saw my address on my driving licence and brought it back for me! I was amazed and just couldn’t believe it! She had put her name and number on a little piece of paper so after I had calmed down from the stress of it I gave her a call and thanked her profusely.

The funny thing is that it was like a turning point in my day. After yesterday, and with the miserable weather and with the purse drama I had been feeling so low. But pretty soon after we go home my parents arrived and from then on we have had the loveliest day! Monkey was on top form and back to his old self again, having so much fun with his Nanny and Grandpops it really warms my heart. He then ate his lunch with no fuss whatsoever (yay!) and went out for a play with his grandparents as it stopped raining for a little while. This meant that I got a load of jobs done in the house which made me feel better. I think there is really something in the whole, tidy house, tidy mind thing. 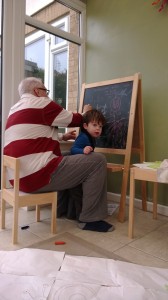 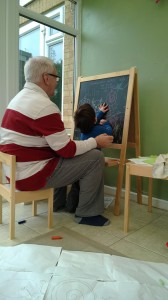 Anyway then home for a bit more of a play and then down for his nap. He was lovely all afternoon and we popped over to his other grandparents house for a brief visit to return a collection of things we had at our house (including Granny’s umbrella, which she must have been missing!). He had a lovely lovely play with them and then he came home for tea and he ate so well! He still spat a few things out and was a bit silly (he has recently discovered sticking his tongue out and one of his favourite things today has been blowing raspberries), but on the whole he ate really well and and tried everything.

We had a lovely bathtime and he was so cute reading stories with his daddy both before and after and well I had to write this blog post because honestly I could not feel more different to how I did yesterday. There are always ups and downs in life, and especially I am finding, as a parent, but the stark contrast of today and yesterday really hit me. Be thankful for the good days and just get through the bad days as they won’t all be that hard! 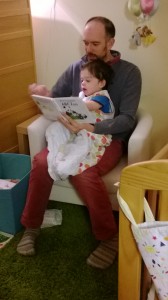 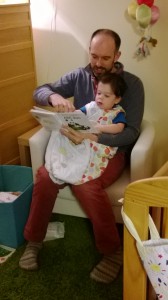 One thought on “The rough with the smooth… and good samaritans”