We have been doing a lot of thinking lately about when the time is right to put Monkey in a big boy bed, how best to do it, and how will it go?

It’s difficult to know when is the right age to do this. He loves is cot and so we’d be happy keeping him in there longer, and he never tries to climb out of it. But he is very tall for his age, so his cot is starting to get a bit small for him and he bangs the sides all the time. Also, because we are thinking about baby no 2, we don’t want him to feel he is being pushed out of his cot to make way for the baby and so would rather he is well and truly happy in his bed before baby needs to use the cot. Seeing as I’m not even preggo yet I know we have a while, so we aren’t rushing into it, but it is on our minds a lot at the moment. 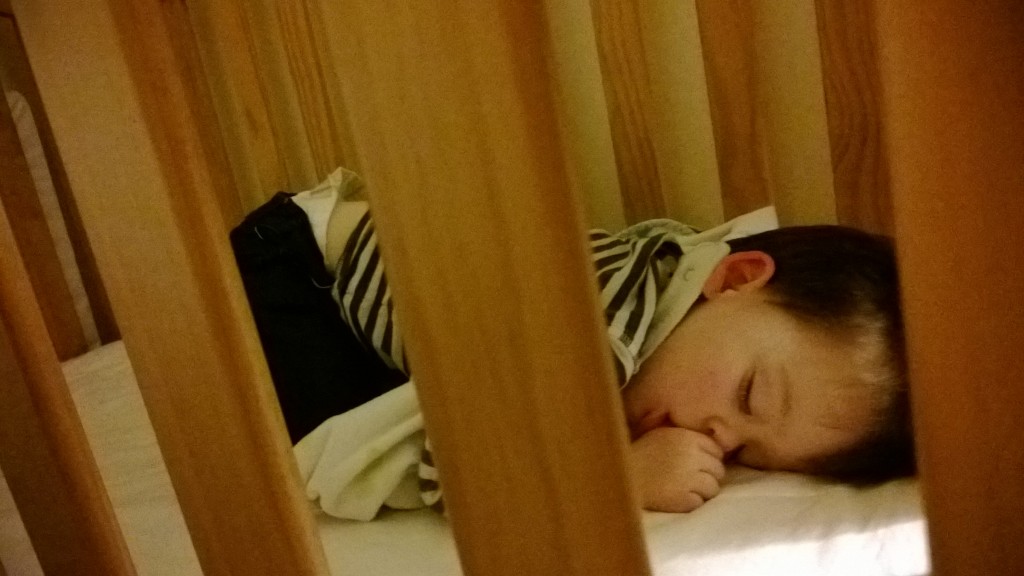 We started looking around at toddler beds and to start with we weren’t really sure which way to go, some have no side bits, some have short side bits near the head, while others have really tall sides until about 1/2 way along. So which one to go for? Like I say he bangs on the sides of his cot so does that mean he is likely to fall out of his bed to start with? Should we get one with a guard or just put something soft on the floor in case he falls out?

We decided the best thing was to physically go and see some beds so off we trotted to the shops to have a look and get a feel for them. It was good for Monkey too as he was climbing on one and we played getting in and out of the bed while we were there as we thought that may help him feel involved in the decision. There was a sale on and a further 15% off so we decided to go for it and got a lovely toddler bed, with a short side at the head, and mattress for £80 :). 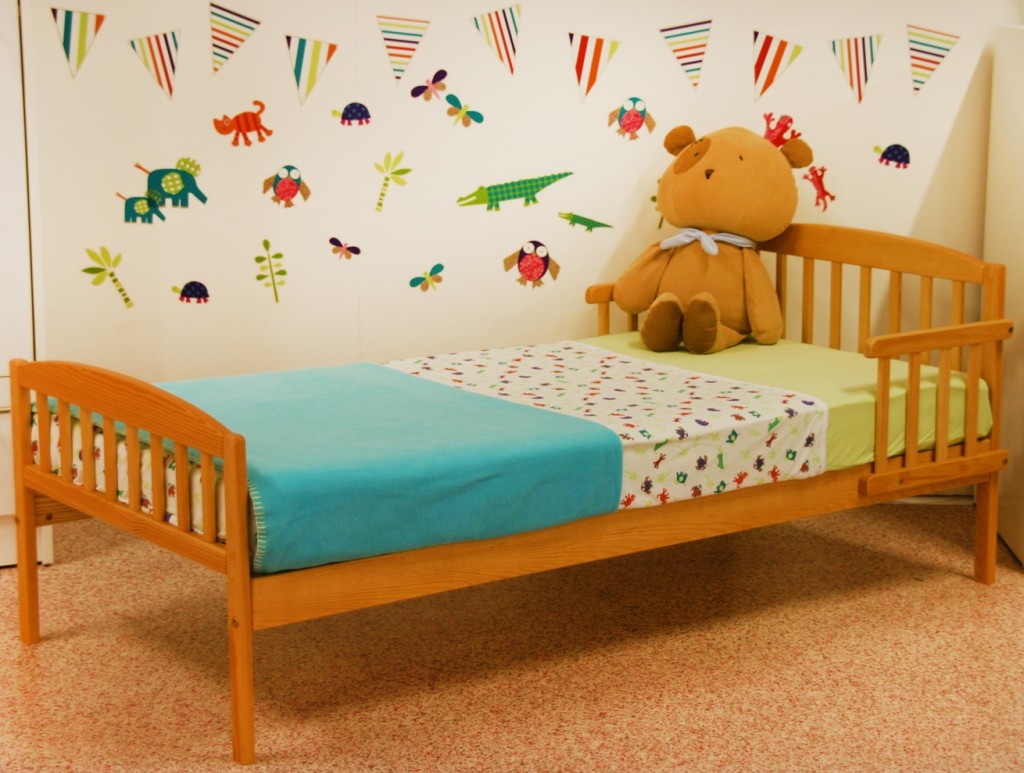 There is still a lot we are unsure of though. He’s been in sleepy bags since he was tiny and any blanket that goes in with him gets snuggled with rather than used as a cover, so we are unsure how he will get on with a duvet. He’s never had a pillow either so I think we are going to go for the thinnest possible pillow, at least to start with! We are going to take him to have a look at bedding with us so he can help choose it. I understand that helps make the transition as it gets them excited about it?? I wonder whether it is worth making the change from sleep bag to duvet while still in his cot, so when he does go in his bed it isn’t such a big change? Plus the sleepy bags are almost too small for him now, even the biggest size. I just worry about him getting cold… 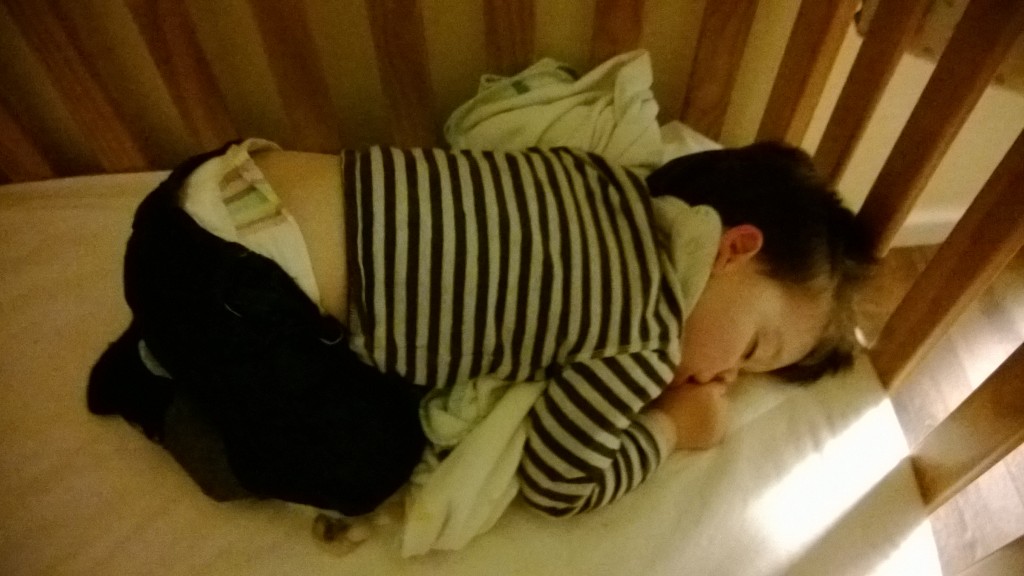 The main thing we are unsure of though is the when and how. Do we literally do a straight swap and take down his cot and build the new bed at the same time, with no crossover, or do we try and have both bed and cot in there for a day or two so he can get used to the idea of the bed? Would that ease the transition or make things worse? And when is best to start, at nap time or bedtime?

Are we just over-thinking all of this (it wouldn’t be the first time!) Should we just get over ourselves and do it? I always worry when it comes to changing Monkey’s routines but he usually surprises me by taking it all in his stride.

There are some other things to prepare too – we need to secure his furniture to the wall and make sure everything is safe in there – when he will be able to get out of bed on his own we need to make sure he can’t hurt himself in his bedroom when we are still asleep. We will have to actually close the stairgate at night too!

We are also preparing for the possibility of unhappiness as he loves his his cot and is so good at bedtime. He regularly takes us upstairs when he wants to go for a nap in the afternoon. Is he going to do the same with a bed? Because he can get out of it is he suddenly going to come into our bed at night of he wakes up?

I guess we are preparing for the worst, so hopefully it can only be better than we think! Ha ha maybe…

Will keep you updated on our progress 🙂

What age did your little one go into a bed? Did you do it in one go or have both bed and cot in there to start with? How did they get on with it?