This is my first weight loss update for a while, mainly because my efforts have stalled somewhat. For a while I was doing really well and a few weeks ago I finally hit the 12stone mark! Hooray! Meaning I have lost a stone and a half overall since Christmas, which I am dead chuffed with even though I still have a way to go.

This made me really positive and though my progress has been slow and steady I was focussed on carrying on and reaching 11 1/2 st and eventually, hopefully, 11 stone. Then Monkey got poorly. And LM and then hubs. Making a really hard couple of weeks. With hubs really rotten it has fallen to me to do all of the night wakings for poorly children, early starts, all the housework and cooking and everything as he has just not been able to help in the way he normally does.

When I re-started my weight loss 10 weeks ago I said there would be no excuses and that it didn’t matter if things were hard, that I would stick to the diet rather than comfort eat. I managed to stick with that for  a long time, but the last couple of weeks I haven’t managed.

Partially because I have been shattered and felt I needed the energy and partially, I admit, because I have felt a bit sorry for myself and treated myself to a few naughty things. I think because I have reached the 12st mark and have been feeling a bit happier with the way I look and fit into clothes I don’t quite have the same drive to lose the weight either. 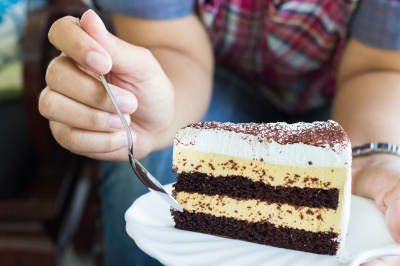 There has also been a lot of birthdays lately which meant a lot of celebrations, and a lot of cake! Somebody wise (the lovely Renee from Mummy Tries) reminded me not too long ago not to let the scales take over my life and it has stuck with me, especially around all of the birthday celebrations and the naughty food I have nibbled at parties. Instead of abstaining I have tried to be sensible but also allowed myself a bit of indulgence. As it is not the end of the world and there is no reason I can’t enjoy myself sometimes!

I have been trying to exercise a bit more throughout this though. I was stuck on the idea of exercising on my own, cycling, swimming etc, but failing to find the time to do so. The lovely Sarah at Run, Jump, Scrap suggested power walking with Monkey on the buggy board, which is such a simple but actually genius suggestion (thank you Sarah!). So I have been making an affort to get out and about with the kids. LM loves a ride in the buggy and Monkey loves riding the buggy board giving me directions and deciding where we should go. We usually end up at a playpark where he can run around, and once he directed me to Daddy’s office for an impromptu visit!

Wherever we go though it is definitely a work out and I come home sweating, the pair of them on the buggy are heavy and I try to set myself a good pace.

So the good news is that even with all the extra eating I haven’t really gained weight. I did put on a few pounds but they seem to have come off again.

I do still want to lose the rest of this weight though so it is time to get back on track, stop over-eating and keep exercising! I can’t believe it is now June and feel like I have been on this diet forever, but I have to remember slow and steady wins the race, and not give up just because I have had a few less successful periods of weight loss. I will reach my goal!

Have you been trying to lose weight? How is it going?