On our recent holiday down south we decided as it was only an hour or so from where we were staying in Dorset, that we would like to take the opportunity to visit Stonehenge. We picked a day and booked our tickets in advance for the Sunday and made our plans. It is run by English Heritage but National Trust members get free entry too (woohoo!) so if you are thinking of going it is worth considering membership of one or the other as tickets to Stonehenge are quite expensive in themselves. Sunday turned out to be a really wet and miserable day unfortunately, but we decided to stick with our plans and head over, hoping for a bit of let up.

When we arrived it wasn’t actually raining, though it was freezing! We had taken waterproofs for the rain but thought it should still be quite warm so hadn’t taken jumpers for hubs or I – big mistake as it was so cold, we ended up buying some rather fetching Stonehenge hoodies from the gift shop. (It’s actually quite amusing that most have my hoodies have been bought from a gift shop for the same reason, incl. one in NY and one in San Francisco, clearly I regularly under-estimate how warm I will be!).

We originally planned on heading straight for lunch, and then going out to see Stonehenge itself afterwards, but as it wasn’t raining we decided to make the most of the let up and head straight up there (thank goodness we did). So we had a ride on the bus with the kiddies and got to Stonehenge itself. There is a path part of the way round and then grass to walk around the rest of the site. You can’t get up close to the stones which is a shame but understandable. 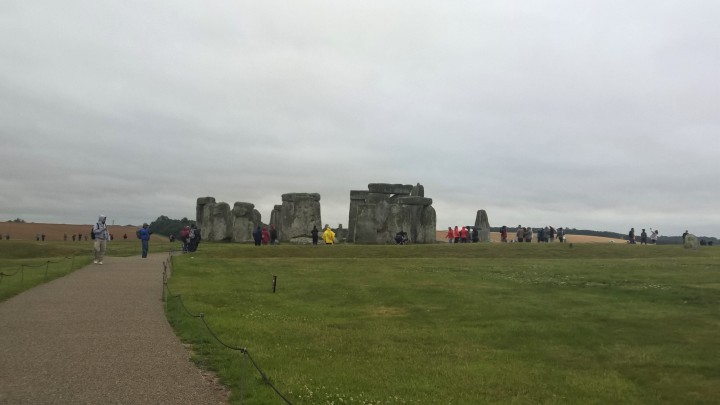 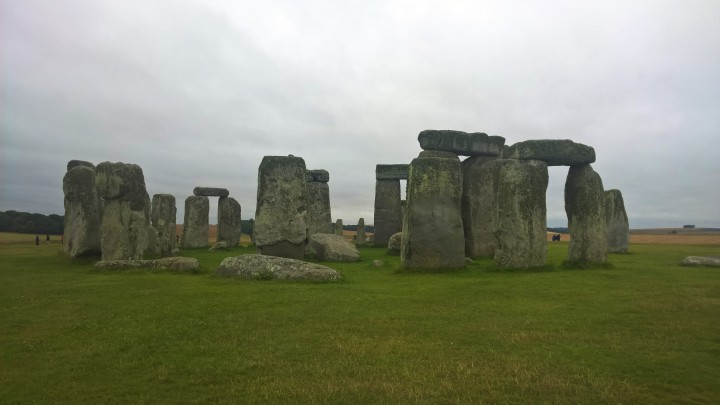 We had great fun taking some silly selfies of us all with Stonehenge in the background (or not, depending how good our aim was!). 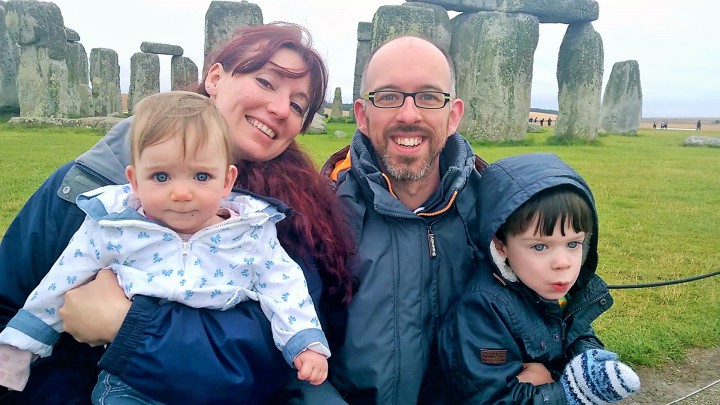 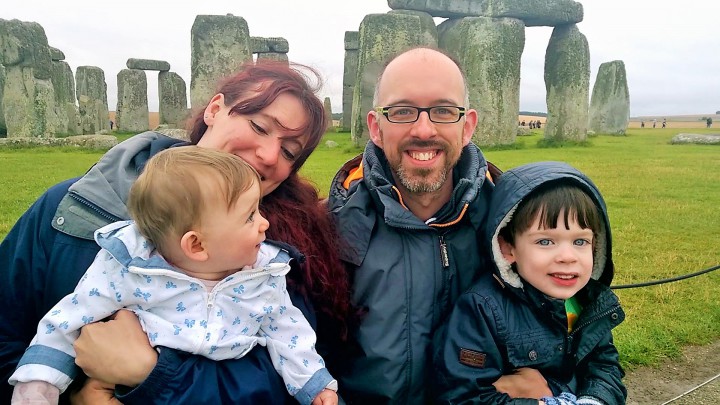 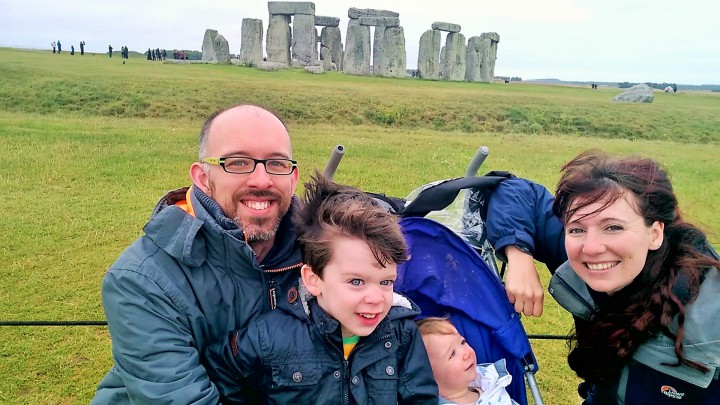 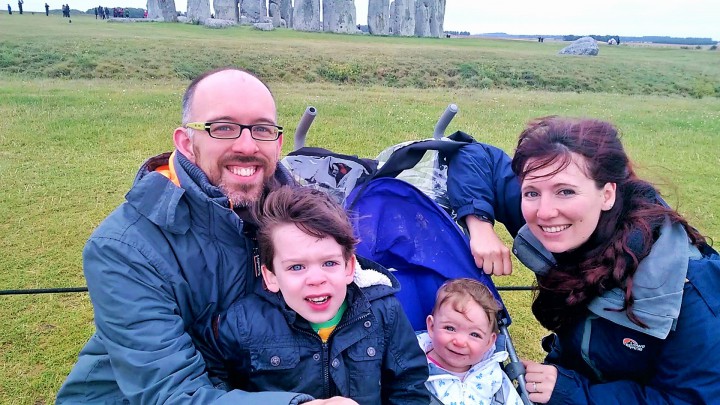 It was very bleak though and Monkey was getting a bit moany so we did have to have a good run around to keep him happy – I think a lot of other people there thought we were bonkers but Monkey was happy so that’s all that matters. 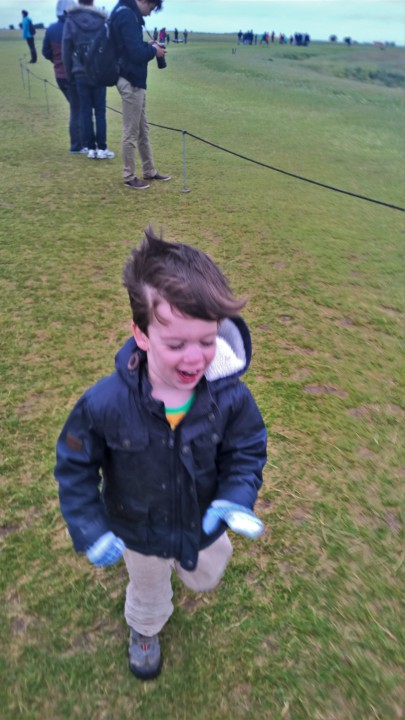 It’s a shame the weather was so bad as we really didn’t want to stay there long and after one time round we went back to the bus and back to the visitor centre…. where, would you adam and eve it… there had been a power cut. The first one ever apparently. But this affected all lighting, the toilets, the exhibitions and worst of all the cafe!

After a bit of queueing and wondering what we could actually eat we managed to get literally the last 2 cups of tea they could get out of what hot water they had. We had sandwiches as there was no soup or any other hot food as obviously they had no power. Not good on such a cold day but at least we got hot drinks. By the time we had our food the rain had well and truly returned and the bus loads of people returning from Stonehenge were all soaked to the skin and poor things couldn’t even get a hot drink so I was glad we had come back when we had.

After our light lunch we wandered over to the exhibitions… where nothing was working so there wasn’t a huge amount to see. 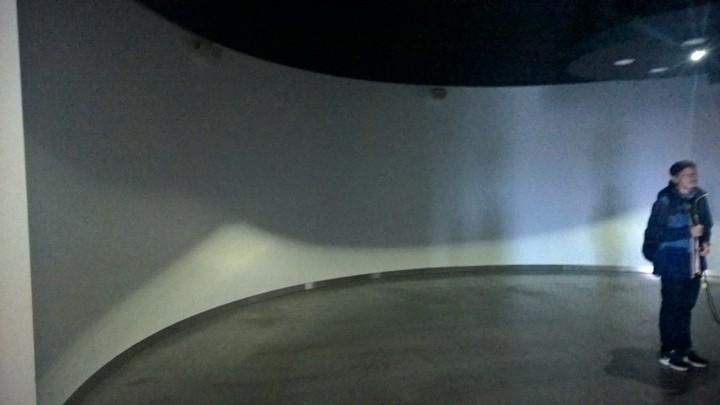 LM needed some milk so we hung around a bit rather than just leaving and I’m glad we did stay as the power did eventually come back on. If she hadn’t needed a feed I think we may just have come away and we wouldn’t have seen any of it.

With the power working again there is a great display where you stand as if in the middle of the stones and see it through the years and at different seasons. All of the displays and videos were great when they were working too and really interesting. 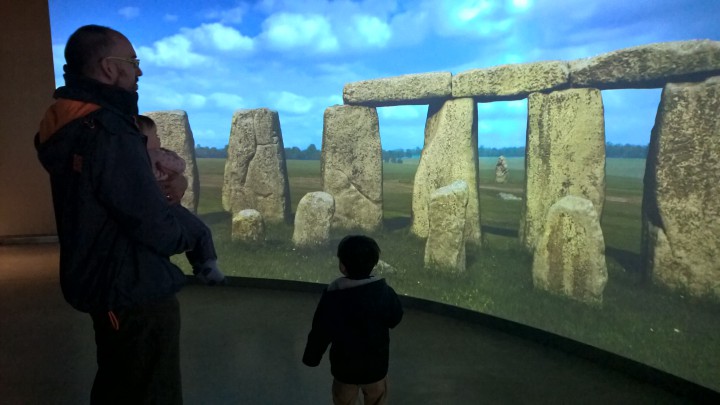 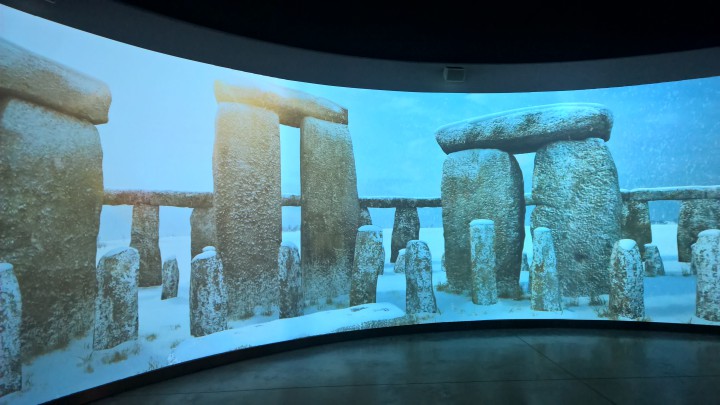 There are some roundhouses to see outside and we did start to go out to see them but it was so wet that we gave up and just got back in the car to drive back to the cottage. 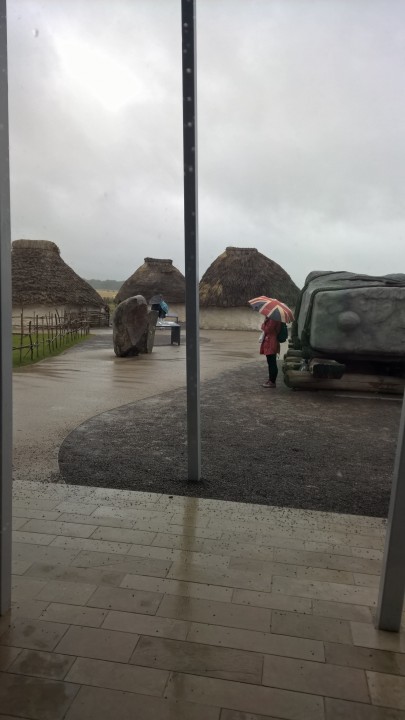 The joys of british summertime eh? One day gorgeous sunshine, the next absolutely miserable.