Last weekend, after a quick trip to buy some fence paint we decided to stop off to feed the ducks. Somehow I’d manage to overbuy on bread and we had some going to waste so decided the ducks should have it. Rather than go to our local country park, which we visit pretty frequently, we decided to pop to another spot. It’s not far away but we haven’t been in all of Monkey’s life so far! It’s a bit quieter than our local park, has no play areas etc, but is has some other lovely things to see.

So we fed the ducks and the geese, and one beautiful swan! Monkey loved feeding the ducks but did get a bit nervous of the geese. The ones in the lake weren’t too bad but the ones on the ground are probably bigger than he is so I can’t blame him for being scared of them! I got bitten by a goose as a kid so I’m not a huge fan of them, though obviously I don’t want Monkey to know about that! 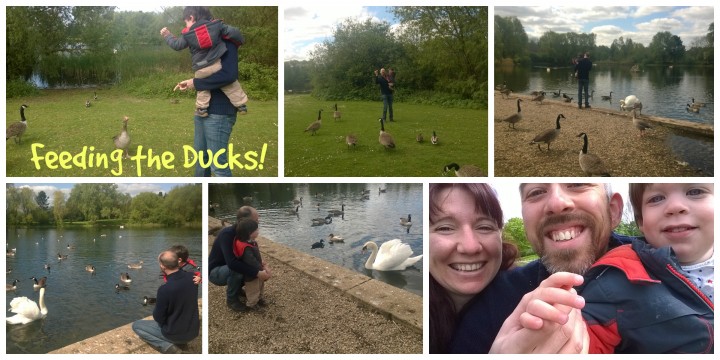 We soon used up all of out bread, and we had literally just finished it all when a mummy duck appeared with her ducklings! 🙁 We were so disappointed that we hadn’t saved any for them, but hey we didn’t know they were there. They were so cute though! 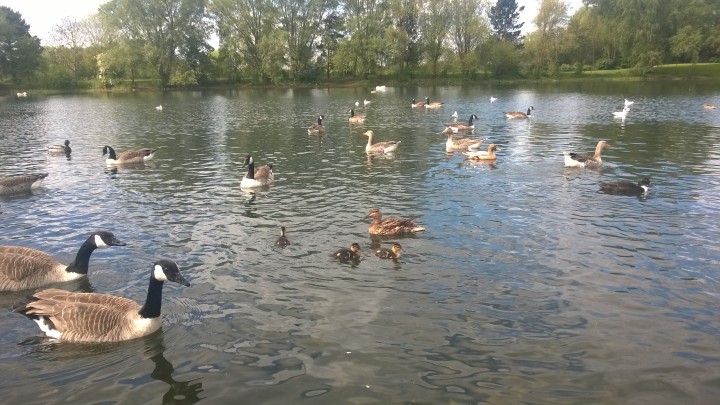 We are really lucky in that we live near the Nene Valley Railway which runs steam trains, and this spot has one of their stations. We had finished feeding the ducks when we caught a ‘choo choo’ in the distance, a train was on the way! We jogged over as quickly as we could to see the train up close, and Monkey loved it!

By the end he was shouting “choo” “choo” which was very cute! At some point this summer I think we’ll take a train ride with Monkey, it just goes up and down and into the city centre so wouldn’t be too long a journey, but so lovely to go on an old fashioned steam train!

After the train disappeared from view, we crossed the track and over to the river, where there is a huge lock. The noise at the lock is tremendous and Monkey loved it, ad kept shouting at the water lol! 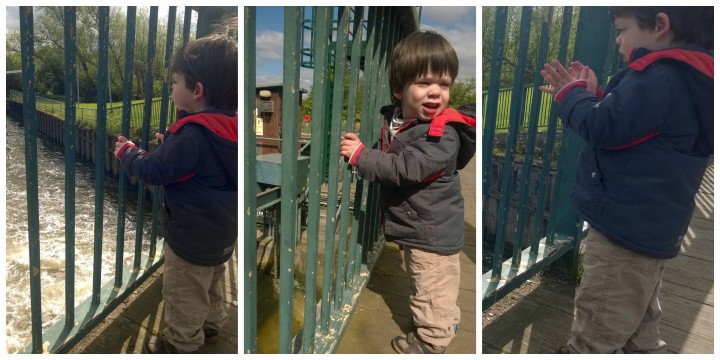 We were in luck as there happened to be a boat going through the lock when we got there! We missed the beginning bit but daddy was trying to explain to Monkey about how it works, not sure how much he understood though!

It’s a really picturesque spot and above the lock the river is so tranquil and peaceful. I can’t believe we haven’t been there in so long! As a kid I used to cycle there all the time and it links up along the river to our local country park. I’m sure we’ll go there a lot more as Monkey gets older. 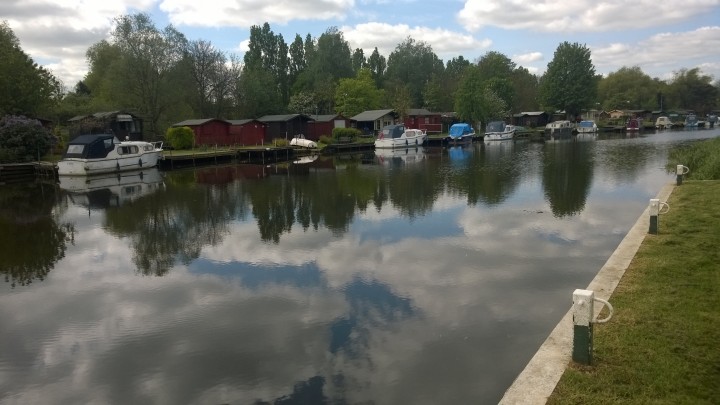 On the way back we had a quick game of pooh sticks through the lock, which was quite amusing as the sticks kept getting lost in the torrent! 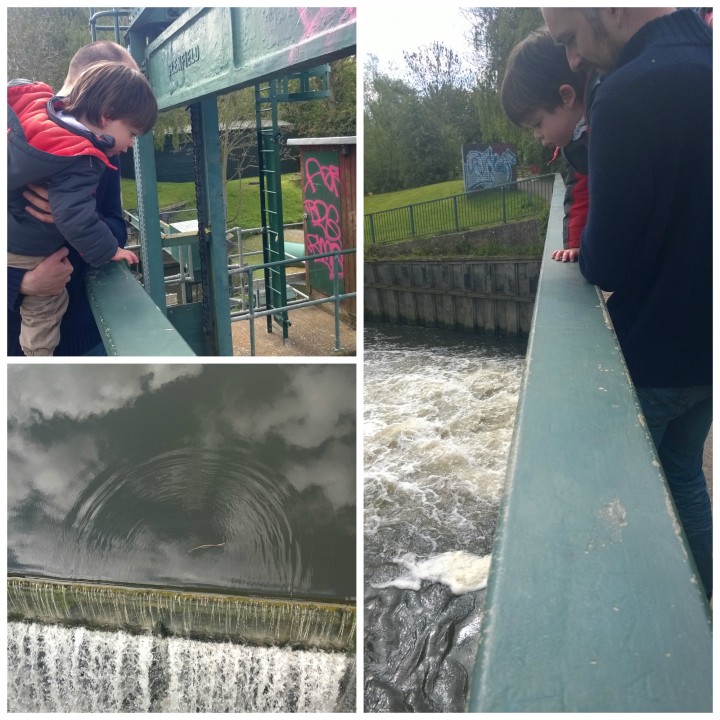 Then, as we were walking back, the train came back on it’s return journey! 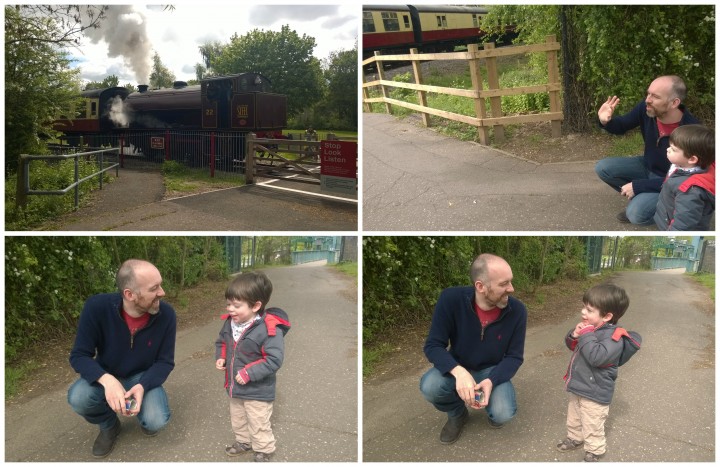 We waved goodbye to the train then it was time to head home for some lunch.

It was a lovely morning and reminded us that you don’t have to go too far for a lovely day out. In fact I have come up with a new acronym for days like this. A DOOOD – A Day Out On Our Doorstep! 🙂

Have you ever had a lovely day out on your doorstep?