This time of year is so hectic and full on and I have been feeling lately that maybe it is all just too much, especially for the kids. Don’t get me wrong, I love Christmas and all the build up… but everything seems to start so early now and everything is so amped up and it is just feeling a bit much. 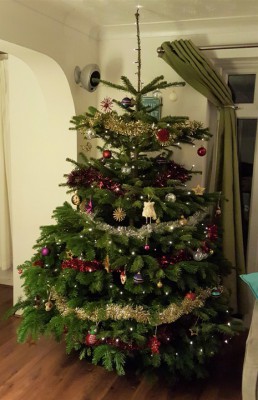 The last couple of years we have been provided with a beautiful Christmas tree in exchange for promoting the company on my blog. We have been extremely happy about this arrangement, but it has meant that we have been putting the decorations up far earlier than we would have otherwise. Small trade off but it does affect the kids. Every day I have to stop LM from pulling baubles off the tree and every day I have to tell Monkey that no it isn’t Christmas day yet.

So many people seem to decorate so early these days too. I saw some houses lit up by the end of November… and with social media the number of Christmas trees etc. up and filling my feed as the beginning of December astounded me. I don’t remember things started so early when I was a kid? Why do we all do it? I don’t think we will decorate quite so early in the future as December has felt quite long this year.

I’m also very unconvinced about chocolate in advent calendars. Obviously the kids love it and it is a good way to tell Monkey how many days are left until the big day. But both of my kids have had more chocolate in the last month than they usually get in maybe half a year! Because it isn’t just chocolate in advent calendars, it’s treats from father Christmas and from preschool. There seems to be tonnes of it about and it just feels like too much. I know that it comes down to choice and I don’t have to give the kids a chocolate advent calendar and I’m not sure whether we will next year… don’t want to be bah humbug either so will have to think of something.

There seems to be father Christmases everywhere too now. You can barely leave the house without seeing the big guy in shops, shopping centres, at pre school and school fetes. I had to stop Monkey going in one shop as I knew we would have a tantrum if he saw him and I didn’t let him go to him. But he can’t see him every time we go out, it would cost a fortune and there are only so many naff presents I can cope with! Then there is the whole encouraging our kids to cuddle a stranger in a fancy dress costume… but let’s not go down that road. 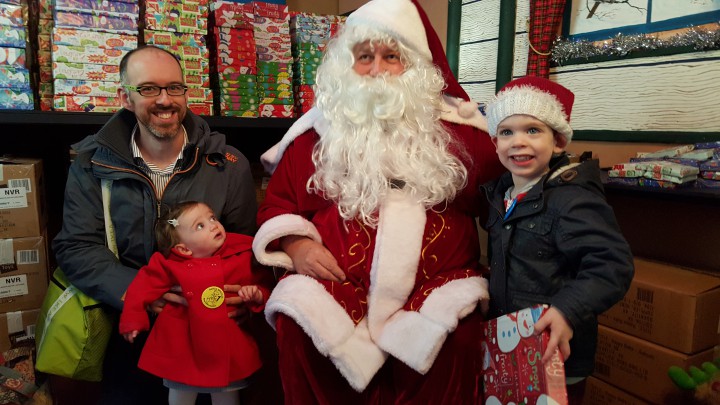 Moving on to nativities at pre-school. Don’t get me wrong it was very cute seeing all the kiddies at pre-school all dressed up and singing but really they seem so young for putting on a show. Quite a lot of them were very overwhelmed and my Monkey wasn’t alone in crying for much of the performance. It just feels like a bit too much pressure on them? Some of them revelled in it of course as all kids are different but many didn’t. Why is there the need to do these performances? Who is it for? Us parents? I would rather have my little man be happy carrying on his usual routine than upset about the changes and feeling pressured to do something he isn’t comfortable with yet. Maybe that’s just me though. It was lovely but I guess I’m just not sure it was worth it, if that makes sense. 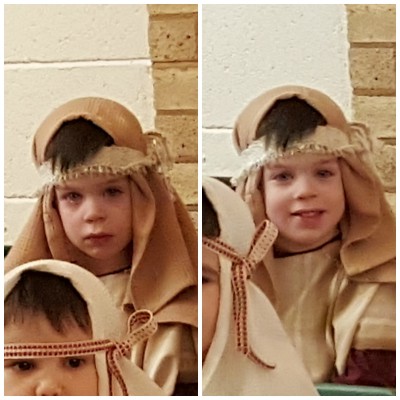 We managed to get a few smiles after pulling silly faces from the audince… but he wasn’t happy about performing!

I’ve also found that some children at preschool are ‘writing cards’ for their friends there. Or rather their mums are getting lists of the kids names and writing out cards to each of them. On the one hand it is lovely and thoughtful and Monkey does enjoy receiving the cards … but on the other it just feels a bit too much. I don’t even know who some of the kids he has received cards from are… and when I ask him Monkey says he doesn’t know either. Maybe that says more about me as I am not the most sociable person in the world but who has the time or money to write an additional 20 odd cards for children that will just go in the recycling in a few weeks? I may get Monkey to help write a few for friends… though given that tomorrow is his last day I may never get round to it haha. He has made some gorgeous cards for his relatives though. 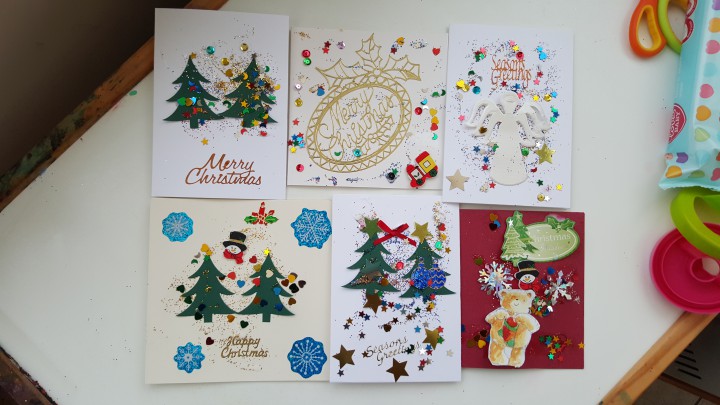 I am also eating too much at the moment… which I know is down to no-one but me. There is the attitude of why not, it’s Christmas, treat yourself. But it’s not actually Christmas yet and I have been over indulging for too long so now a week before Christmas I feel ready to diet already! Like I say it’s no one’s fault but my own but it’s just another example of things being ‘too much’ at the moment.

Christmas presents are another matter entirely. I loved this post from Sara at Mum turned Mom about why they are giving their children experiences rather than gifts and this post from Mum of Three World really spoke to me too about the uselessness of some of the gifts that the shops are filled with at this time of year. We don’t give the kids very many presents at Christmas, one from us, one from santa and a few small bits like books as stocking fillers. They get enough from their relatives and don’t feel they need much more… and I will follow Sara’s example in the future! As for everyone else we usually buy from lists we have been given for ease and making sure it is what they want… but this year we have gone off-list for most people and have hopefully bought some thoughtful presents that they will like and/or find useful. I hope so anyway!

I think part of my problem this year is actually that we have been uncharacteristically organised. Thanks to a couple of child free shopping trips we got organised buying presents really early and I am not sure that has been for the best. For a start, a couple of things have been reduced since then (grrr) and also I am second guessing some pressies and wondering if we are giving enough and am ending up spending more than I do when things I am less organised. Daft eh?

I am aware this is a slightly rambling grumpy post and I assure you I am not really scrooge reincarnated. Outwardly I am joining in with a smile on my face. Monkey and I are crafting, I am wrapping presents and writing cards and most of all I will love spending the extra time with my family as that is really what it is all about to me. I know that many of the above gripes come down to choice and I feel maybe I will make a few conscious choices next year instead of being swept along with the tide of what everyone else is doing.

I’ve also been watching the “back in time for Christmas” programmes recently and it is fascinating seeing Christmas across different eras compared to Christmas now. Have you seen it? What did you think? 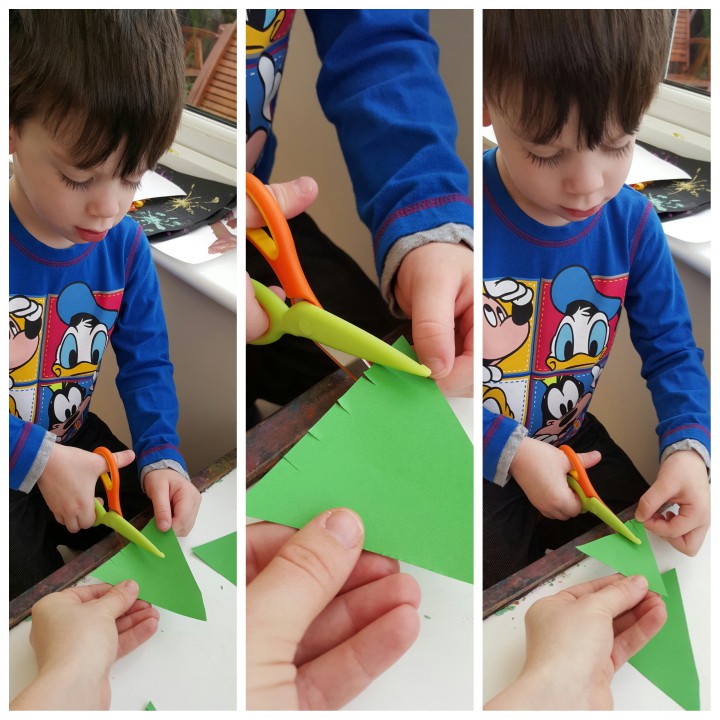 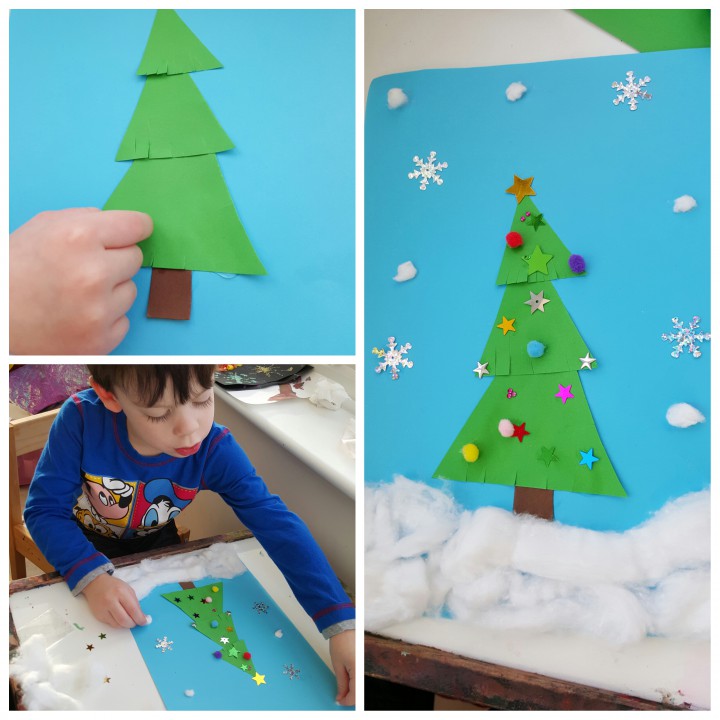 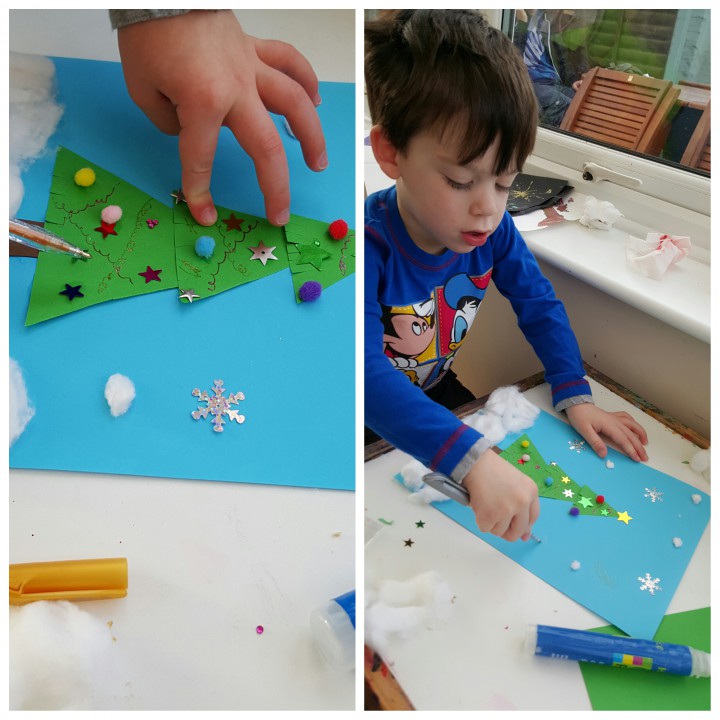 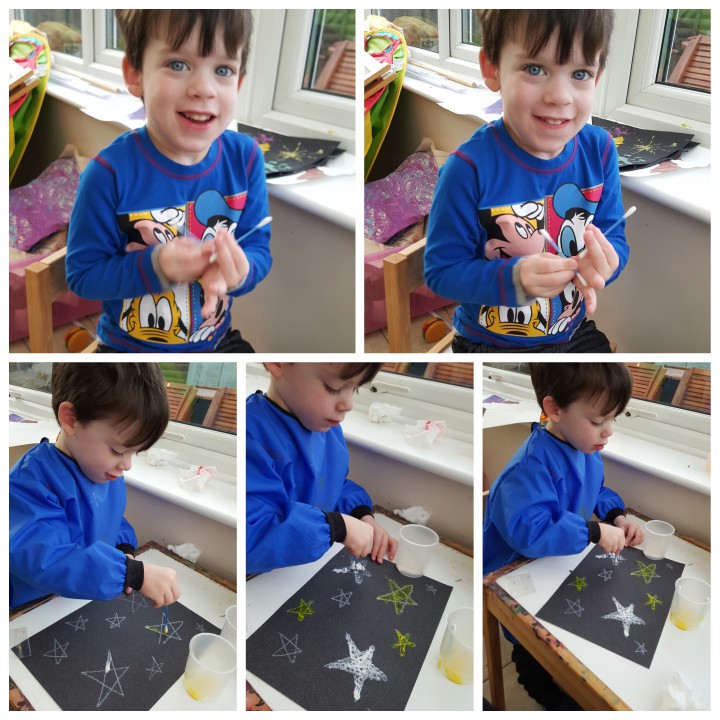 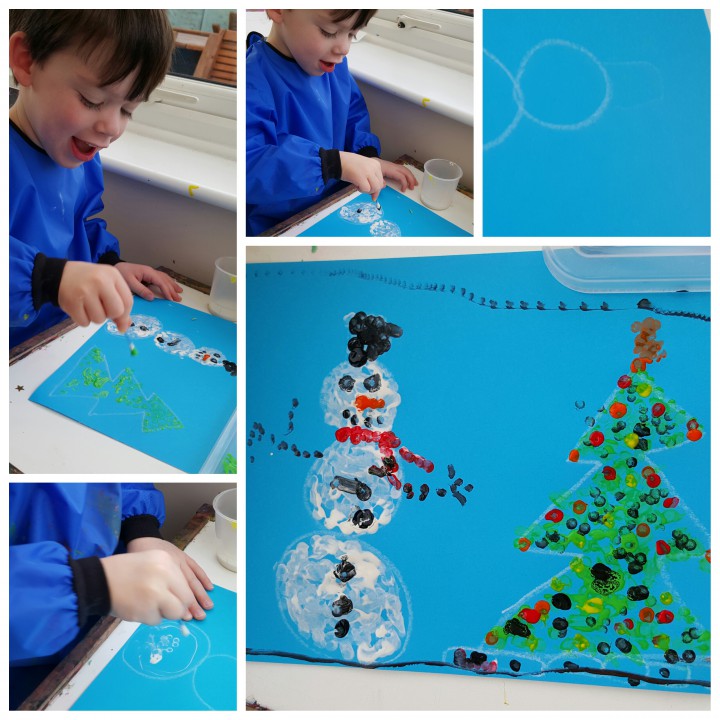 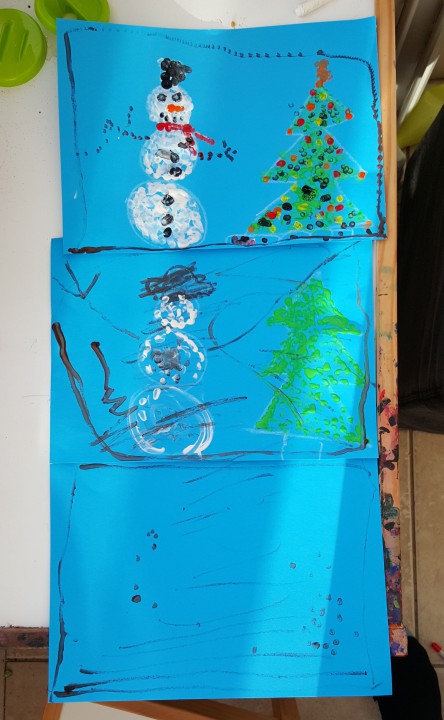