My word of the week this week has to be drawing, as both kiddies are making leaps and bounds with their drawing abilities at the moment.

LM has well and truly discovered drawing now and would love to be doing it all day every day at the moment. I have held back from letting her have crayons for a while (for fear of her eating them) and she has amazed me with the magna doodle things. Then lately we got a couple of crayons out and she was in her element. 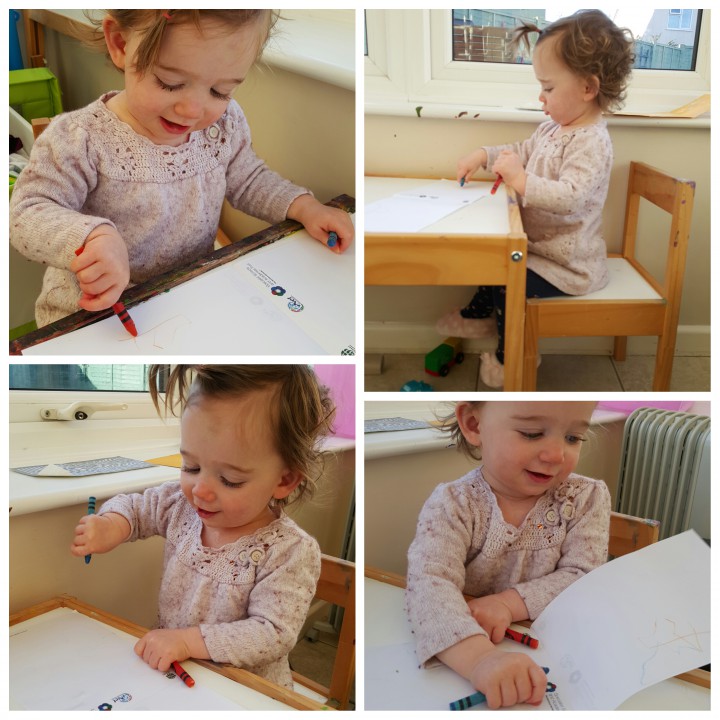 She does pop them in her mouth from time to time but is gradually learning not to I think. She loves it though and often takes herself off to the little table in the conservatory and sits swinging her legs. She has fallen a couple of times bless her but she just wants to get right back up.

She doesn’t distinguish that much between paper and table though and I have to control my feelings about this and remind myself that it doesn’t matter if she draws on this table. I am still trying to keep the crayons contained though as I really don’t want find her drawing on a wall or sofa one day! So it was lovely at the weekend when we got out in the garden with the pavement chalks as I could really leave her to do as she pleased. Again it ended up in her mouth once or twice but only very briefly and on the whole she was absolutely loving drawing on the pavement. 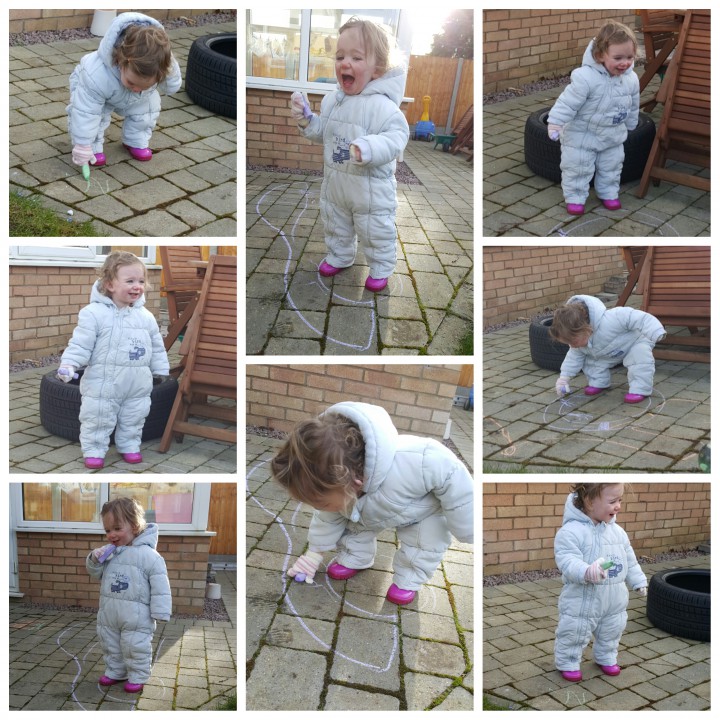 Monkey was loving it too and it was lovely seeing them do it together. 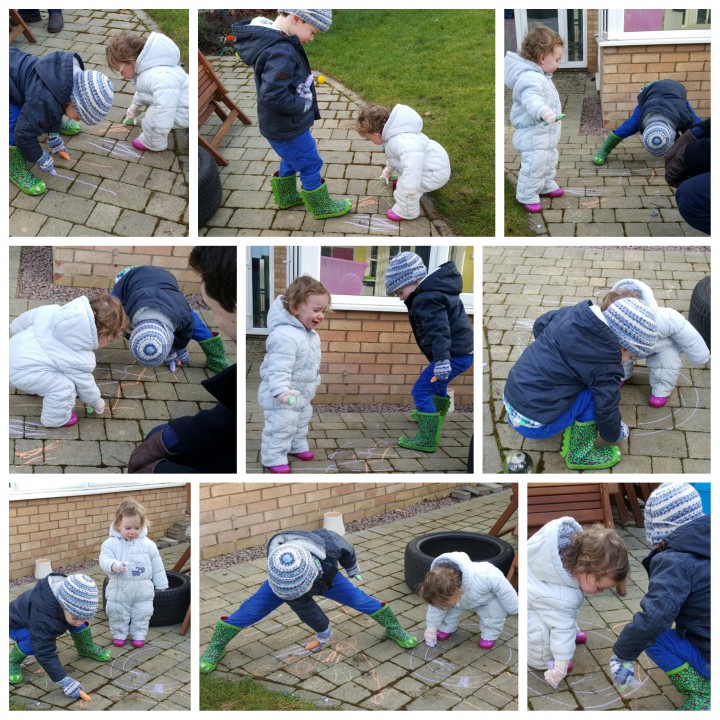 His drawing is coming on leaps and bounds lately too. There is still a lot scribbling going on but they are usually something, at least in his mind, and are often roads. I was dead impressed a few days ago though when I was doodling while they were drawing and drew a tree with some grass by a river… And Monkey copied me! He did so well and it was lovely to see him create an actual picture of something. 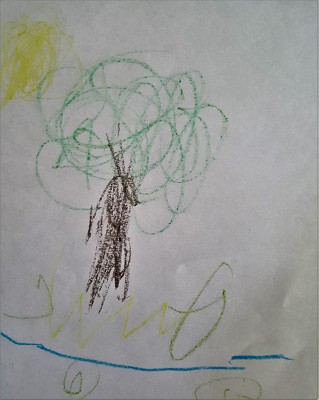 He’s also coming on really well with his writing. He has been writing his name for some time now but it has definitely improved and then the other day he wanted to draw numbers so he was again copying what I did, and did such a brilliant job! I was so proud of him! (excuse the bag of clothes in the background ready to go to the chairty shop!) Of course some aren’t perfect but who cares, what a brilliant effort, such a clever Monkey :). 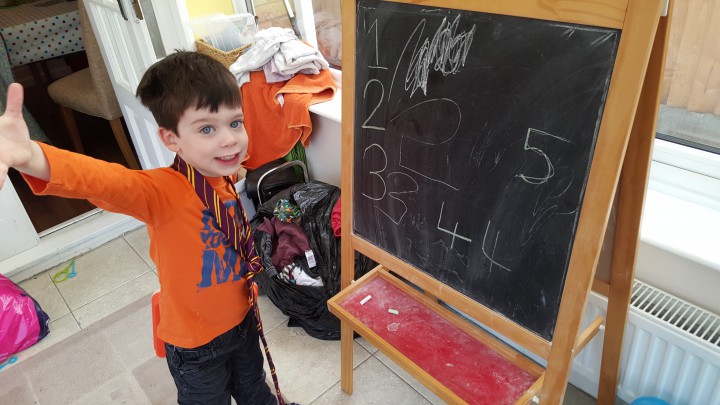 So as you can see there has been a lot of drawing going on in our house. Do your kids love to draw?