I’ve seen this activity or similar activities on a number of blogs and have been waiting to try it out! One of my favourite Stay at Home Mummy blogs does it here. The basic idea is that you post pipe cleaners in the holes of a colander. So I bought some pipe cleaners and got out the colander so Monkey could have a play. 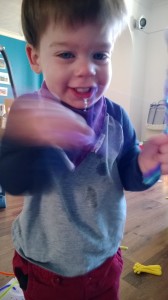 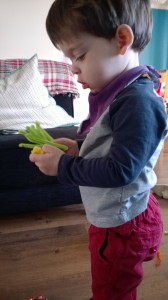 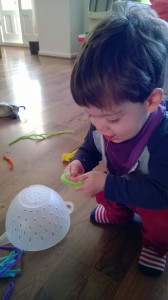 He loved playing with the pipe cleaners, waving them around all over the place, although they were longer than I thought, they were all folded over in the pack so they looked short. They were too long for him to post through the holes really, as he was holding them at one end and when he tried to push them through the holes they just bent over. I tried it too and if you held them like that even I couldn’t get them through the holes! He did manage to post them through if I got him to hold it half way down or near the bottom, which I was really impressed at, but he just kept trying to hold them at one end and it led to quite a bit of frustration so we put it away for another day.

Try, try again though! Because it was the length that was causing him problems I decided to cut a few of the pipe cleaners to see if he had more luck when they were shorter. One day when Nanny was here we got them out, had another go, and he loved it! It was still a bit of a challenge for him to get them in the holes, but that’s good for him you know, helps with those fine motor controls! He did manage to get them in the holes sometimes which I was really impressed at! 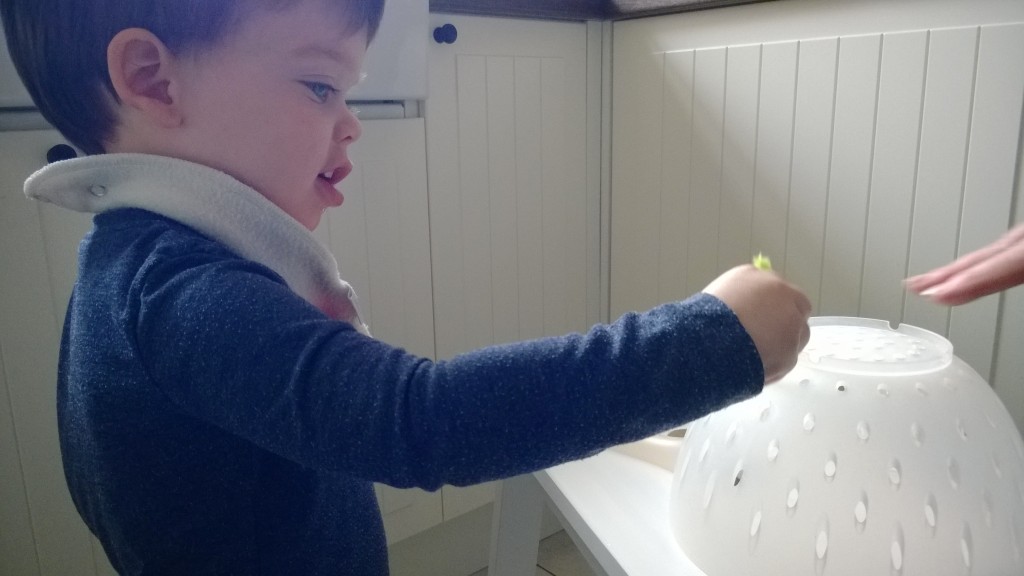 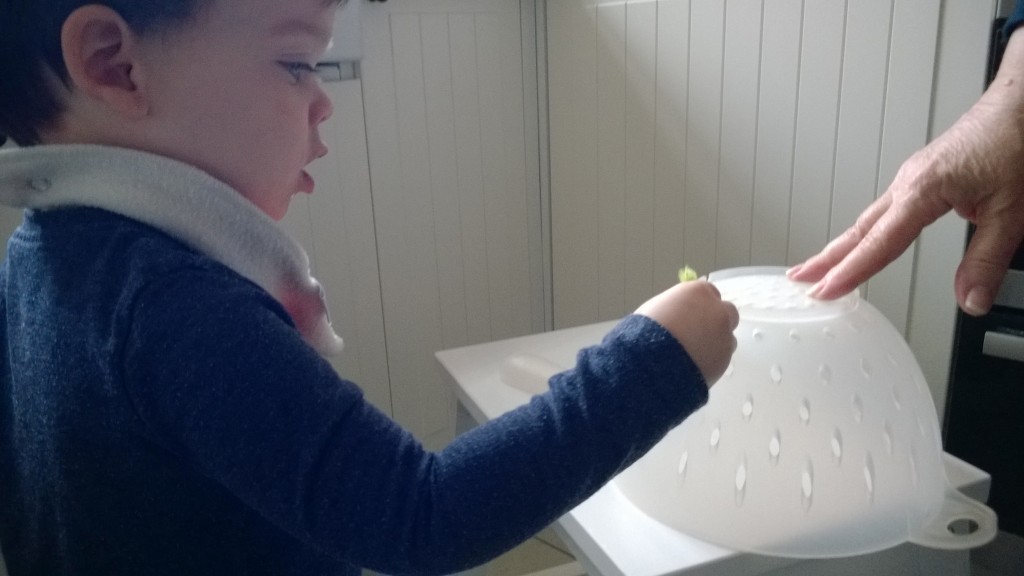 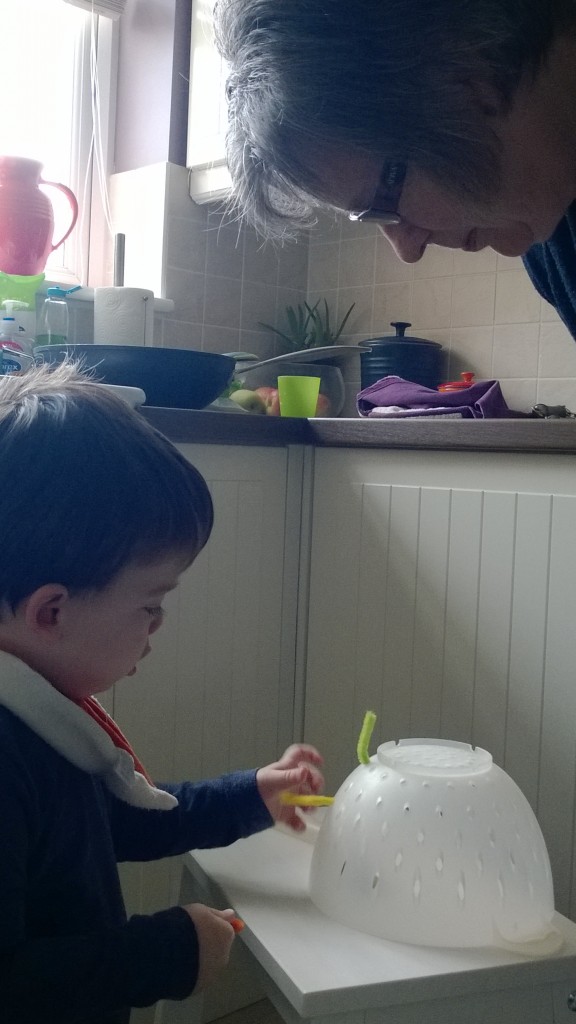