We are incredibly fortunate where we live, that we have a fantastic country park basically on our doorstep. I don’t like to name it as hubs feels it is too clear an indication as to where we live, but we can walk/cycle there so easily. It is the perfect place for a family outing, to meet friends and generally have a play. Last weekend we arranged to meet some of our friends there for the morning.

It was such a clear, but very cold and frosty winter’s morning. Though it is very close it can be a bit too far for little legs to walk (especially the homeward bound leg after running and playing all day) so we decided to cycle over. I adore that LM loves being on the back of my bike, and Monkey is getting much stronger and able to cycle faster and for longer meaning we can have a bit of a family bike ride (though still a very sedate one!). It was gorgeous cycling over in the morning sun and sparkly frost. 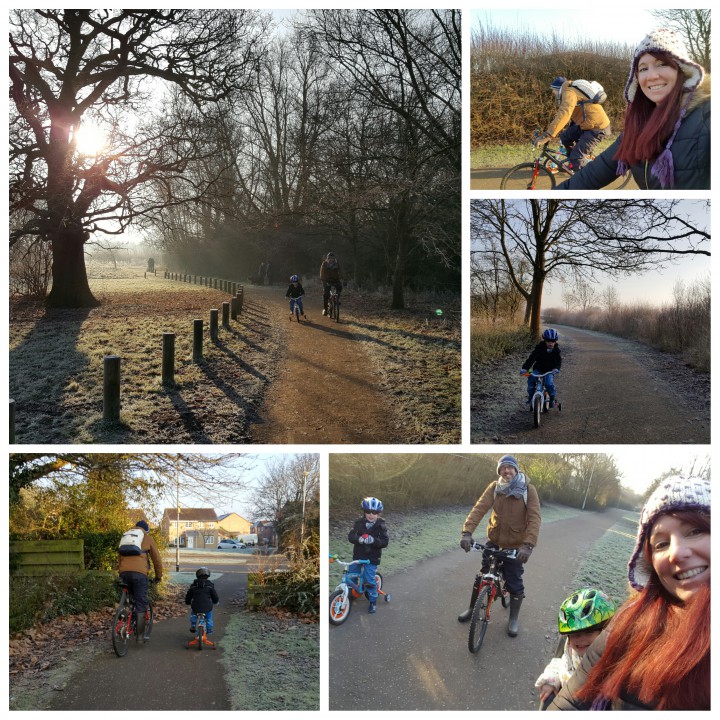 We had a look around at some of the ice and frozen plants, and shells etc before our friends arrived. 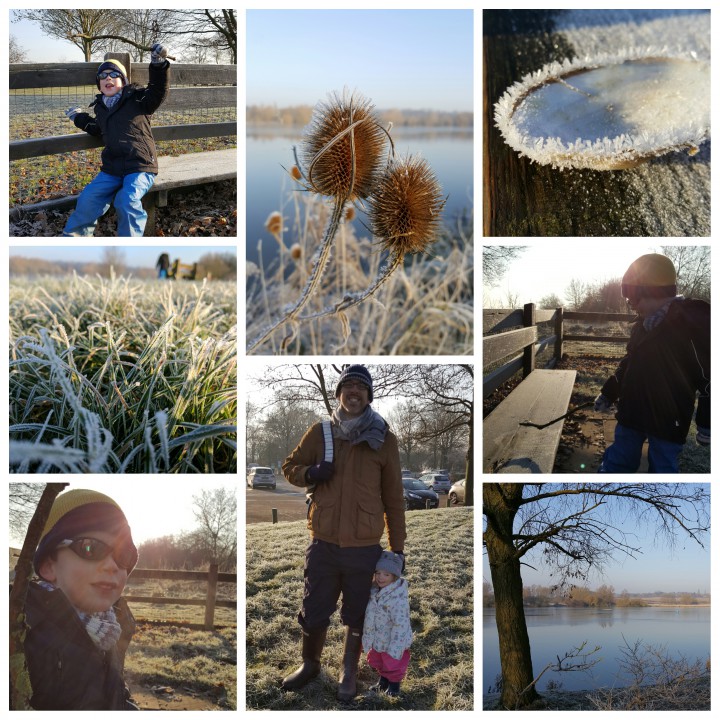 They joined us for a play on one of the playareas, which was interesting in the ice, as the slide was seriously slippy, so much so that LM flew at one point bless her! 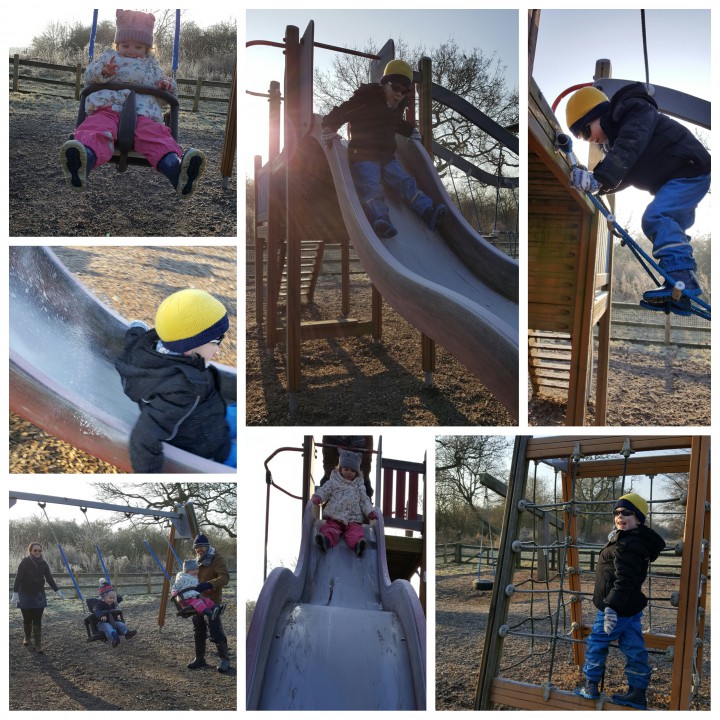 The kids then had great fun chasing bubbles, which looked gorgeous in the sunlight. 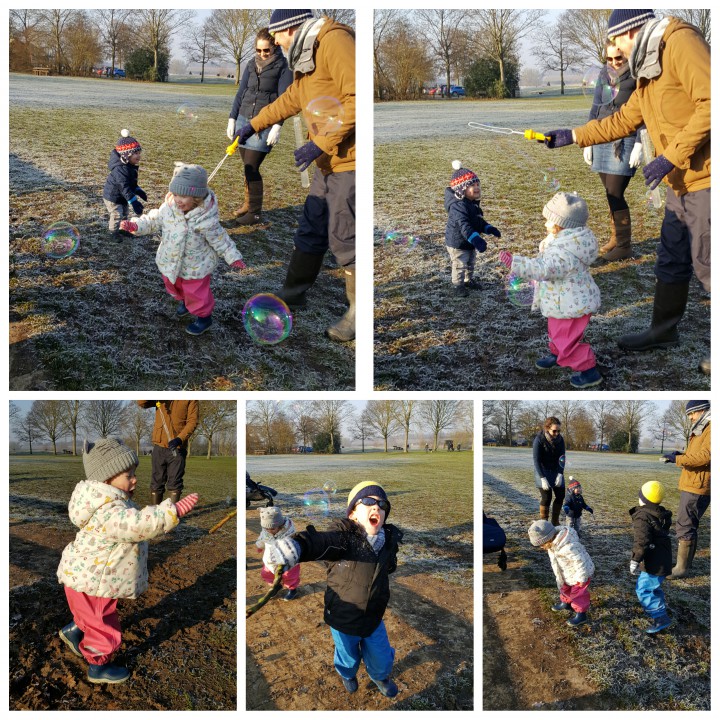 We then walked over to go to another playarea but at this point LM threw a mega wobbler and basically wouldn’t stop screaming. One of those times where you can’t really even work out what is wrong or what she wants you to do. Always fun. Eventually she was happy to ride on Daddy’s shoulders which thankfully gave us a break from the screaming! 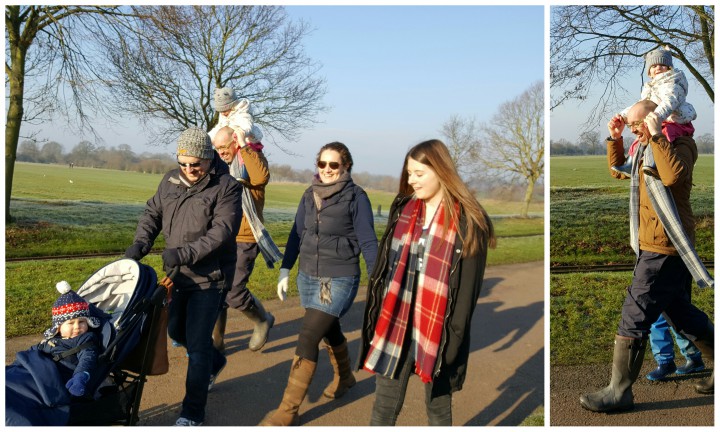 Thinking she may be cold we stopped at a cafe for some hot drinks and cake to warm us all up, before going out onto the nearby sandy play park. The kids love this park and had so much fun out there, going through tunnels, jumping off ledges, going down the slide and playing in the sand in general. 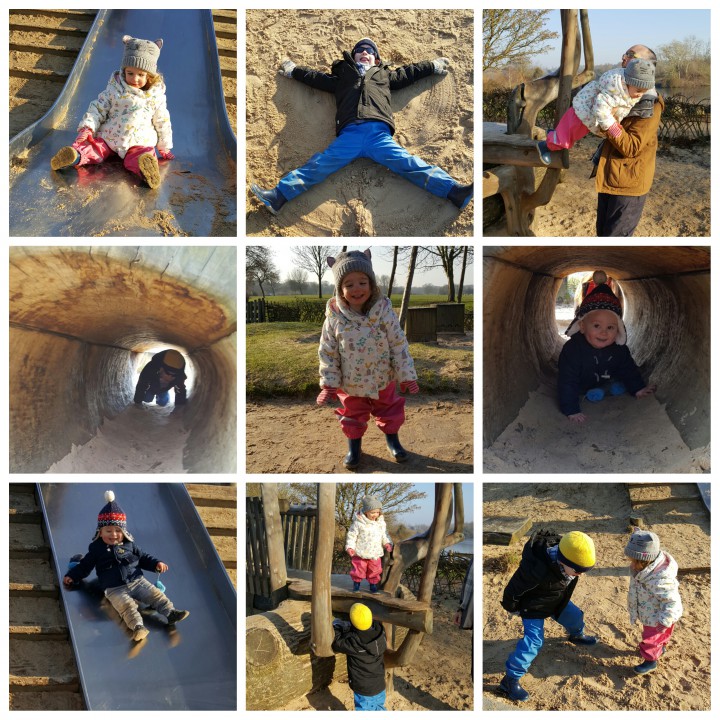 With lunchtime approaching and knowing we had to get back to our bikes, and then cycle home, it was time to head off. I love a good cold morning out when you can then wrap up warm and cosy when you get home 🙂

A little to the north of where we live is a little known nature reserve, and a place that I love, called Hills & Holes. It is the site where limestone was quarried to build Peterborough cathedral, and quite simply this left the area with lots of hills, and lots of holes!

I know it sounds a bit odd but honestly I love it there. I have so many awesome memories of running up and down all the hills and in and out of the woods there as a kid.  Hubs did the same with his family too so it is a place we have always said we wanted to take the kids, and finally it feels like LM is old enough to start to enjoy it, so with some rare sunshine forecast on Saturday morning, we headed over. 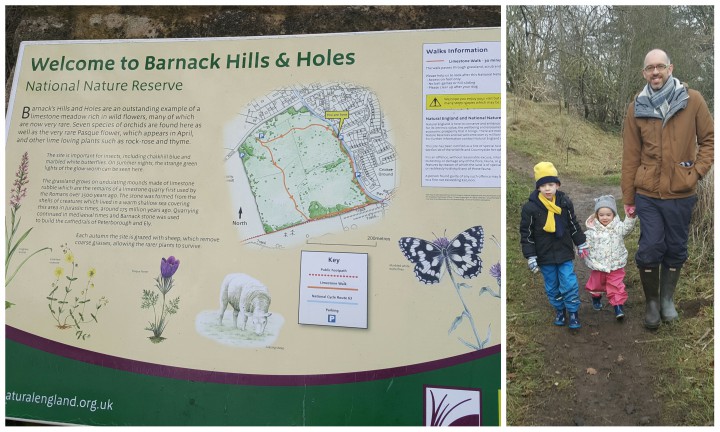 Monkey could not get his head round what we meant when we said we were going to Hills & Holes, and he was even more confused when we pulled up in one of the few laybys that class as parking on the edge of the village and walked through a little gate. But as soon as we got in and he saw the hills, well he was about as happy as a 4yr old gets at the prospect of an adventure! 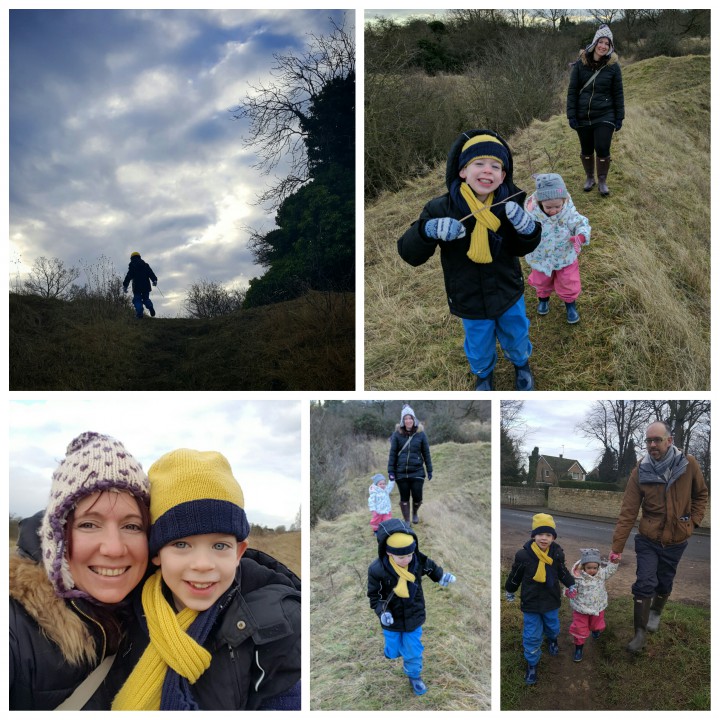 It’s difficult to see in the pictures just how hilly and undulating it is… but I’m sure you get the idea! 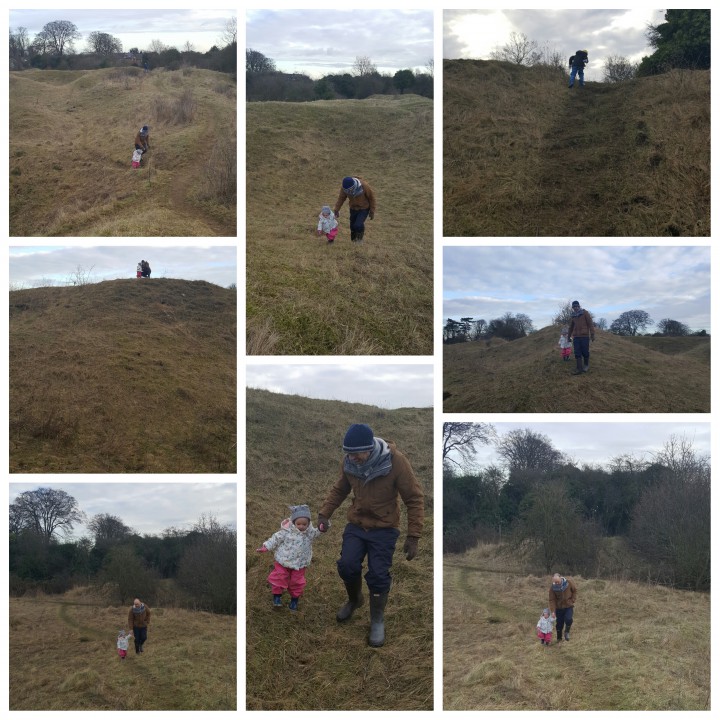 I was so proud of LM as she did so well walking up and down some of the seriously huge hills holding Daddy’s hand…  Though her little legs definitely got tired after a while and she needed a carry the rest of the way.

At some times of the year there are sheep in some areas of the reserve. We wandered over to say hello and they were all staring at us and being quite friendly. But then when we carried on walking they started following us, which unnerved LM a bit bless her. We were a little perplexed and turned back to see the ram push his way to the front of the sheep and start stomping his feet at us! We weren’t really sure what to do at that point other than calmly but swiftly carry on our way.  They all followed us, with the ram leading them, though thankfully at quite a distance, for some way until we went through a gate into another section of the reserve. I have to admit that I’ve walked through herds of sheep a number of times but have never been confronted by a ram before. What should you do in that situation? 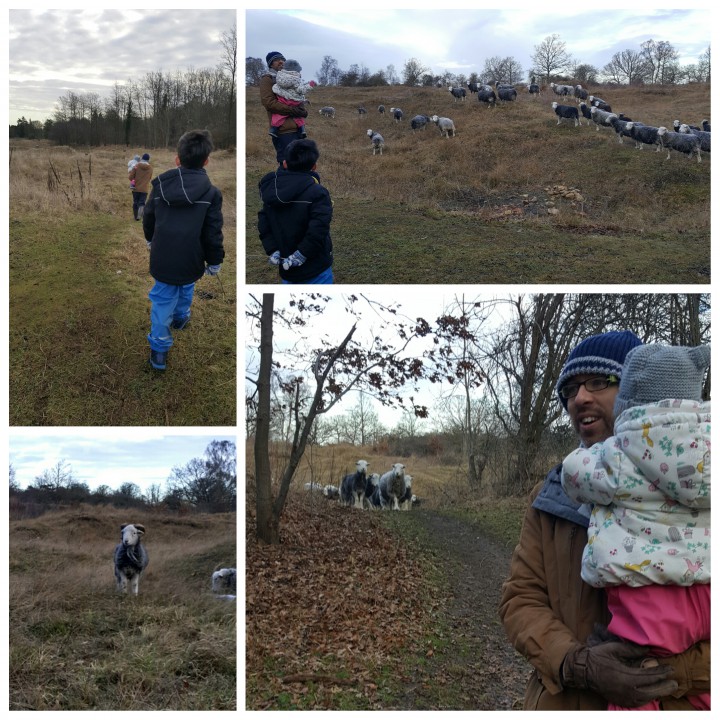 Anyway, after that little bit of excitement, as LM was needing to be carried we were getting a bit tired (carrying a toddler up and down hills soon becomes hard work!) so headed home. We had a lovely time though. I’m so glad the kids are old enough to start to enjoy it now and look forward to going back many more times over the years for some fresh air and a run around!

Things you need to know about Hills & Holes.

Hills & Holes is on the edge of the village of Barnack, just to the south of Stamford, Lincolnshire.

Parking is in a few laybys on the road between the reserve and the village itself.

Dog’s are welcome but there are signs up when sheep are in the reserve to let you know they need a lead.

It is not remotely buggy friendly or even accessible so if a little one isn’t big enough to walk themselves then they will need to be carried!

No toilets or refreshments etc. of any kind.

If you live nearby have you ever been to Hills & Holes? 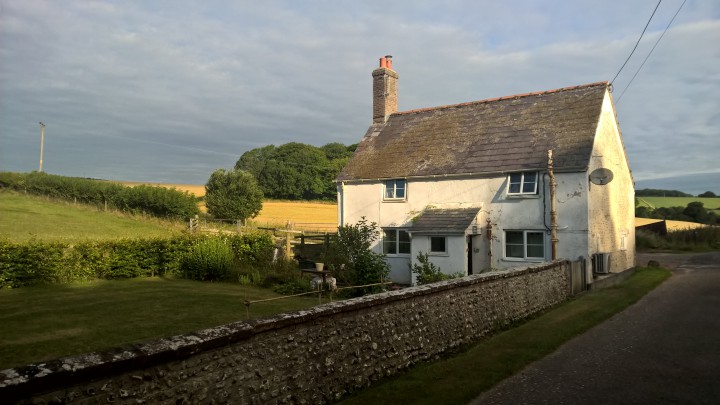 It has been such a lovely week, and we have seen some beautiful places and had lots of fun. It’s a semi-holiday as Hubs has been working from here but we have been able to spend a lot of lovely time together as a family. Plus there is something about being right out in the countryside that can’t help but make you feel at peace…. although the cockerel crowing at 5am every day is slightly less peaceful!

I have never been to this part of the country before and have very much enjoyed exploring it. Back to normal for next week so will write more about what we have been up to on another day. But for now, the internet connection is not great for uploading pictures so here are just 1 or 2 of the gorgeous places we have been. 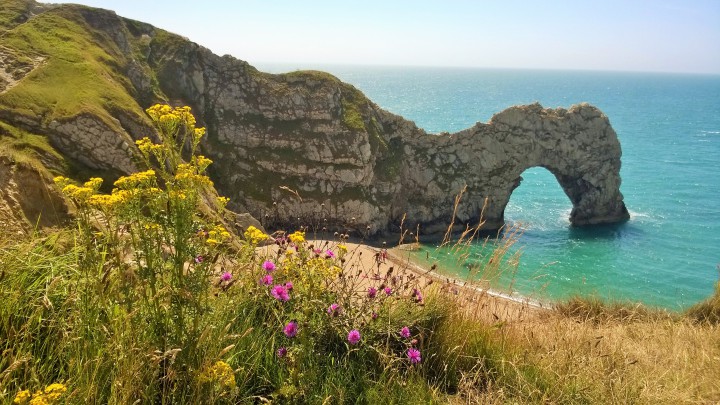 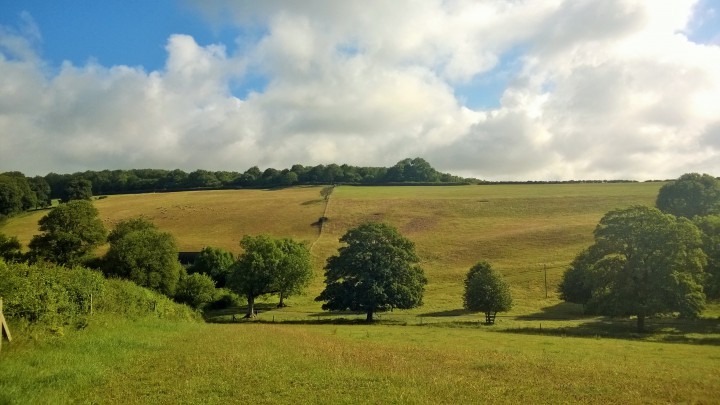 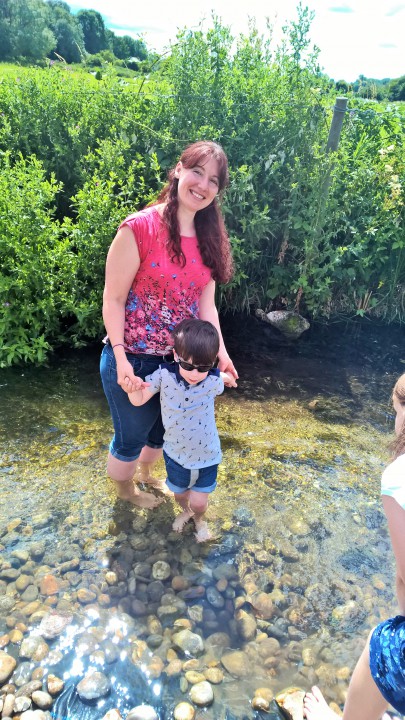