I’ve been a bit quiet on here lately and I thought I would explain why. It is largely because I have finally got back into doing my crochet! I did loads when Monkey was little but after making my Granny square blanket I set my needles aside. Then LM was born, and well I haven’t picked them up again, until now. So my word of the week, is Crochet.

Hub’s mum has a gorgeous ripple blanket I always admire and I have loads of wool hanging around so I thought I would have a go at making my own. I have to admit that after a long break I could not remember at all how to crochet. The first evening involved a lot of false starts and head scratching and you tube watching! But once I remembered how to do it, I was on a roll. I’m following the fab tutorial from Lucy at Attic 24, though using different colours. 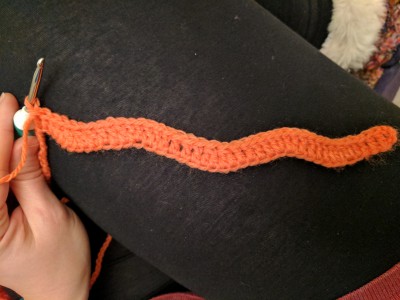 It was slow going on the first evening!0

One of the reasons that I have chosen to pick the needles up again now, is because I have also started a new diet, and doing the crochet keeps my fingers occupied so I am less likely to stuff my face of an evening!

Now, I know that I wrote recently that I am who I am, and that I was going to stop trying so hard to change myself all the time. Now, I do stick to that and I know I am never going to be super skinny or lose my curvy shape. I am trying to be kinder to myself in all areas. But, and there is a but, the trouble with the “I’m happy as I am” philosophy is that it can sometimes lead to a change of a different kind. As in the scales moving up, kind of change, and that’s not what I want either. So I needed to make a change.

A good friend of mine is a big advocate of the 5:2 diet, where you fast (only eat 500 calories) on 2 days of the week and then eat a normal amount the rest of the week. Now a normal amount isn’t the same as what I was eating before, believe me. So anyway I decided to give it a try.

I’m finding the fast days pretty easy to manage so far, which surprised as I thought I may get really hangry! I still have eggs for breakfast, a big bowl of soup for lunch and a carrot and a little hummus later. It’s not loads but it seems manageable.

What has also happened is that I have really paid attention to what I normally eat. The amount of food that I hoover up off the kids plates, treating my body like a human dustbin, with the argument “I don’t like waste” when really it is pure greed. So let’s just say that even on the non-fasting days I am eating a lot less than I was!

It’s been 2 weeks and so far I haven’t really lost any weight (possibly due to a rather boozy night in london last weekend) which is demotivating. I’m really not a patient person at all, and especially with diets. After Monkey was born, I went on a diet and lost quite a lot of weight, really easily to be honest. It was brilliant. Since LM it has not happened that way at all. Every pound lost has been hard-won and put back on almost immediately which has been hard. I know that in truth I’ve given up too easily each time, so I am determined nor to give up this time. 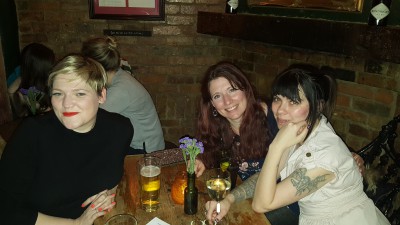 Not sure shots are ever advised on a diet??

There are bound to be ups and downs and I need to find a balance between enjoying myself on the rare occasions that I go out, and not berating myself for that…. But also expecting that that will slow down my progress. I have to stop comparing this weight loss to the diet of a few years ago as clearly my body is different now. As a slight aside I was reading a really interesting article (I know, I know, apologies that it is from the Daily Fail, but it is interesting!) the other day about diets based on the bacteria found in your gut, as there are bacteria that are super efficient at extracting every calorie from food, and other bacteria that are less ‘good’ at that so help you not to gain weight. Fascinating and a reminder that we know so little of the way our bodies work and the reasons things are different for different people.

I’m not about to get my poo tested though, so for now I’m just going to stick with the eat less and move more philosophy. And to help with that, crochet in the evenings or whenever I am tempted to eat out of boredom rather than hunger!

I have to admit I am rather pleased with my blanket so far, a long way to go but it is really getting there, LM seems to like to it too… Though Monkey is moaning at how long it is taking to finish haha. 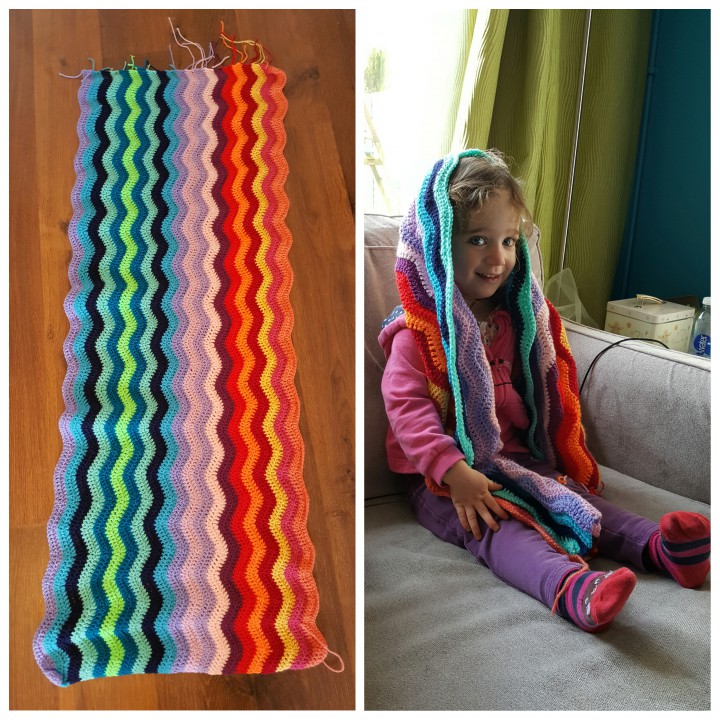 Do you find it harder to lose weight than pre children or as you’ve gotten older? Any hobbies that help you?