So a little while ago I wrote that our baby girl had taken her first steps, and she has been wanting to walk more and more since then but she hadn’t quite had the confidence to really go for it – preferring to hold on to Mummy or Daddy. Suddenly though this week that has completely changed.

In one day she went from doing maybe 7 unaided steps at a time to literally walking around the whole house. I text hubs at work as I knew he wouldn’t believe the difference in the space of 1 day! So now she is everywhere. And I mean everywhere. I turn around and there are literally moments of “where is she?” and  run off to find her in the showerroom standing banging on the glass, or in the new utility room trying to eat a receipt. 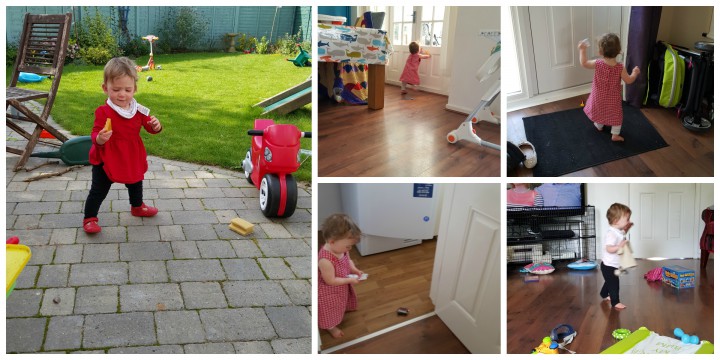 So childproofing has become uber important again as she really does want to explore every inch of the world now that she can, and at this point in time she currently wants to put EVERYTHING in her mouth. So the floor is being swept multiple times a day to prevent her eating any bits of stickers or dirt that has been walked in, stairgates and doorgates are being shut and I need eyes in the back of my head!! Letting her roam around outside is interesting as she loves it but she makes a beeline for stones and dirt and wants to put them straight in her mouth. 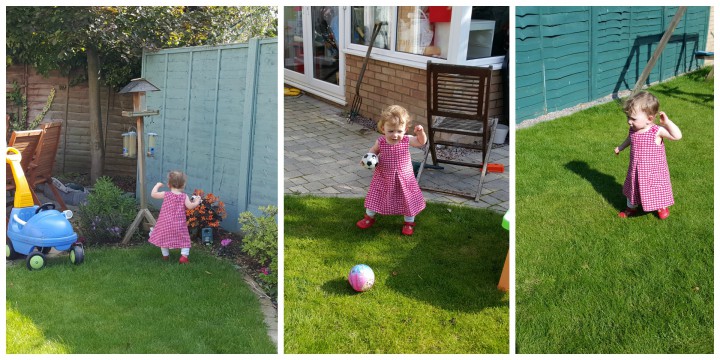 We say no but she is so cheeky that she just finds it funny and gives a big grin and carries on doing it anyway, grrr. So I sound like a broken record, no don’t eat that, no not in your mouth, over and over and over again!

I love seeing her toddle about though it just shows how much she is growing up and becoming less and less of a baby now. Her brother is adoring her newfound skill and is so proud of her for “walking all by herself!” For the first time ever they played together in his playhouse, playing peepo through the windows and they both loved it. Monkey enjoyed it so much that he ran up to her and shouted ” can I give you a cuddle?” and then squeezed her so tightly. Melted my heart I can tell you! They are going to be such lovely playmates for each other and I already love seeing them have fun together. 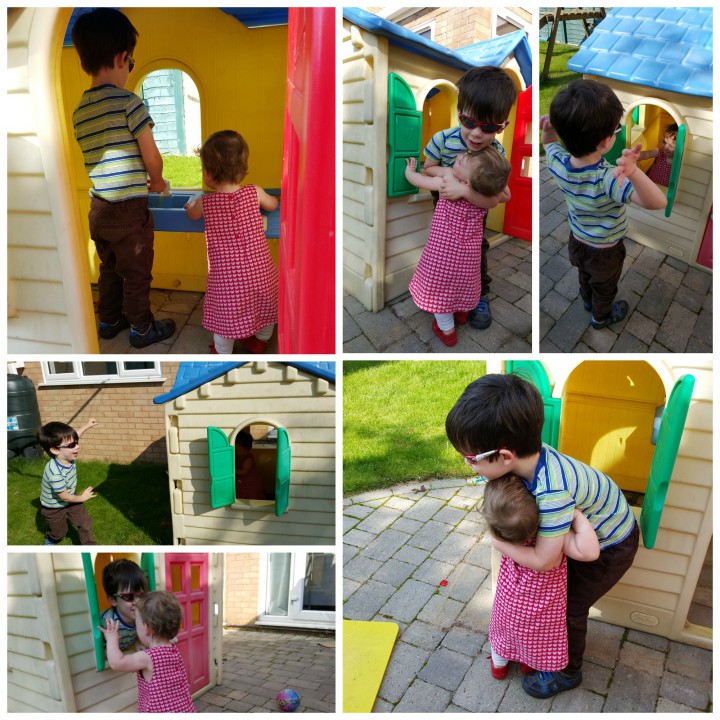 I remember feeling that walking was such a game changer when Monkey started walking properly, and it is a game changer again now but a new phase that I am so looking forward to – though it certainly brings challenges of his own!