Monkey has been enjoying playing with play-doh for a while now but I realised I hadn’t mentioned it in my blogs for a while. Ages ago I made some home made play doh but then Grandma found some on offer and we have been using the bought stuff ever since. We  started off very simple, rolling balls, cubes, just pulling it around, rolling it up, it is a great way of keeping him entertained. It can be messy though so iti si an activity that is very much restricted to the conservatory! He has lots of fun at Grandma and Granddad’s too, as Grandma has found lots of fun stamps and things on ebay which are great.

At home though I have been trying to come up with things that we had around the house already to use to make the play doh playtime a bit more interesting. So this week we used a sieve he had for playing in the sand, some cookie cutters, a rolling pin and a baby comb, which he mainly used like a knife. 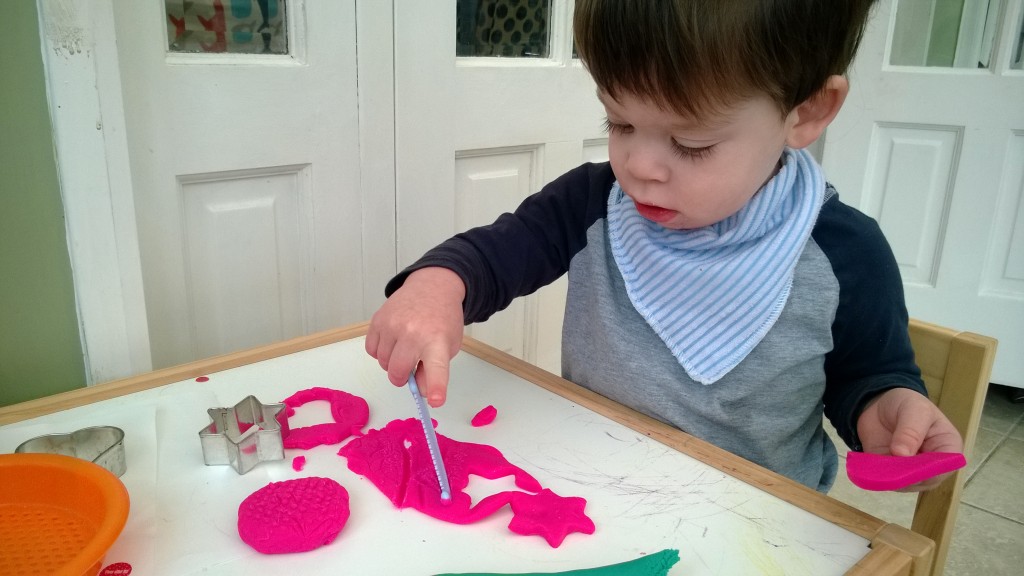 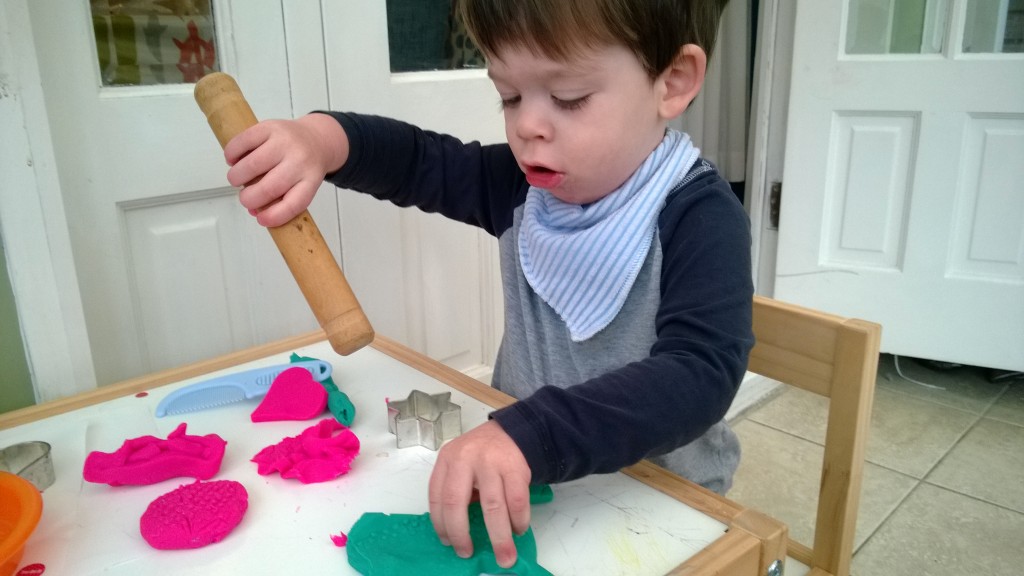 But sometimes even the simplest things still work, as I made a bridge and a ball that he was pushing through, then I made a stick man but his head fell off, oops! 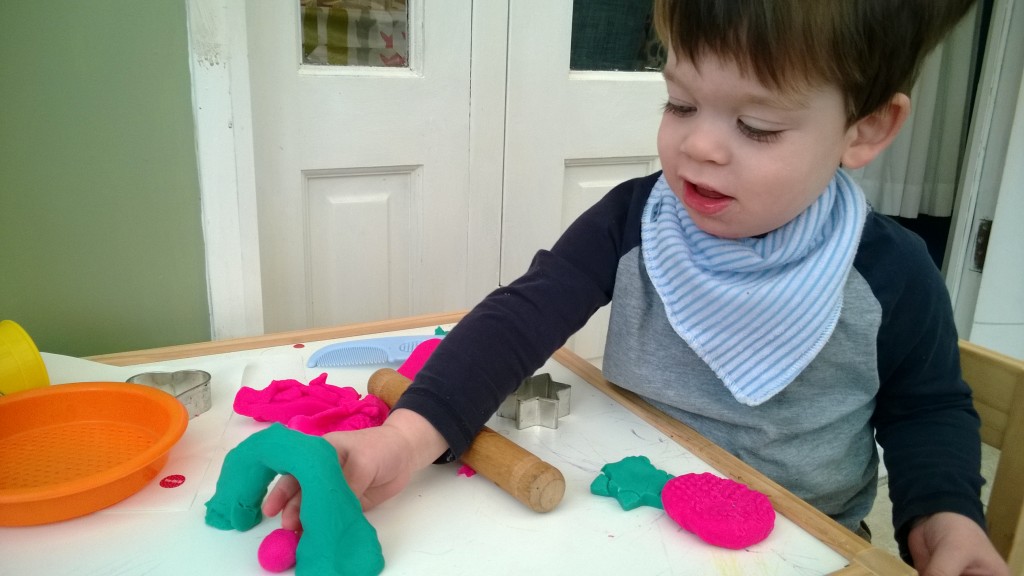 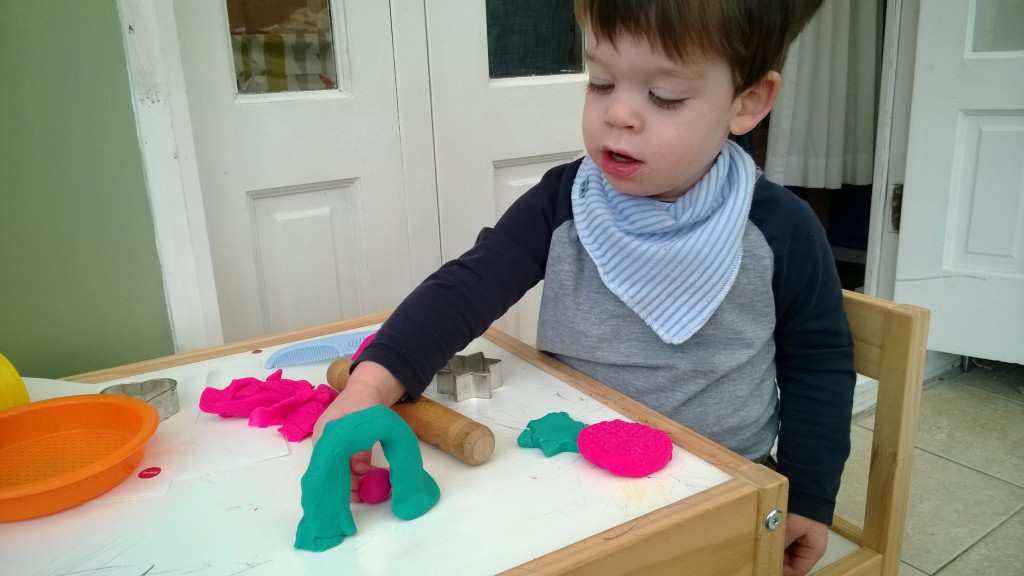 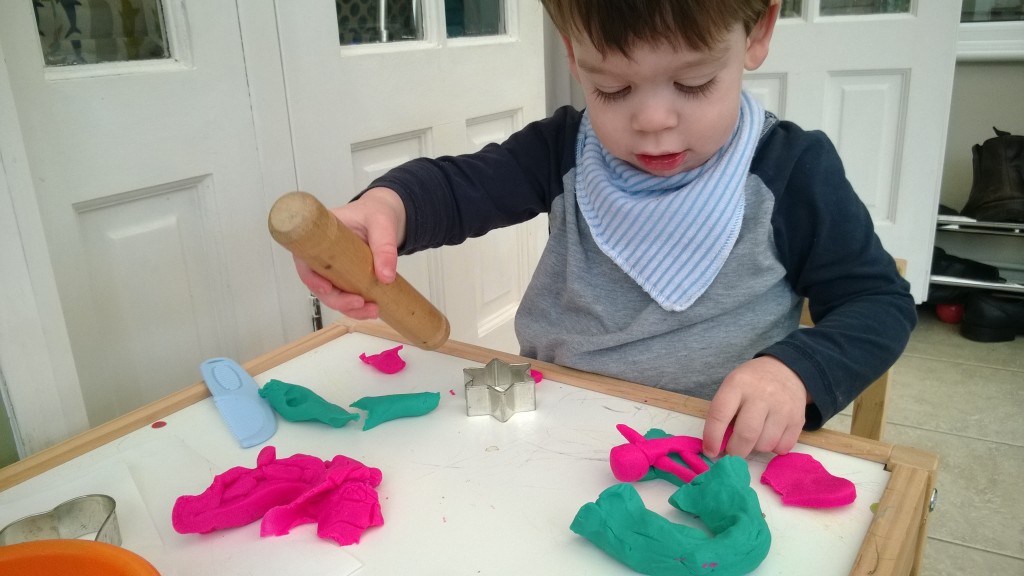 Something else that I have wanted to try for ages, is threading cheerios onto spaghetti. I’ve waited mainly because of Monkey’s age, but also just because I haven’t got round to it. I got the idea from this lovely website. As we had the play doh out I thought we should give it a try. I was slightly concerned that Monkey would just want to eat the cheerios (another reason I haven’t tried it with him before) and I was right!! haha straight away he was like ooh yummy yes please, haha! He also very much enjoyed playing with the spaghetti, and to my surprise he can actually thread the cheerios on to the spaghetti! I wasn’t sure if he would be able to as it is quite fiddly, but he did do it a few times… in between eating most of the cheerios! haha 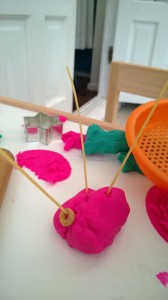 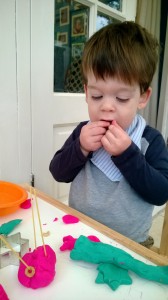 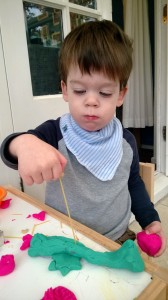 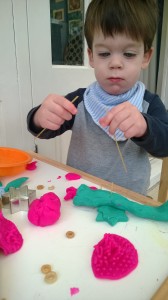 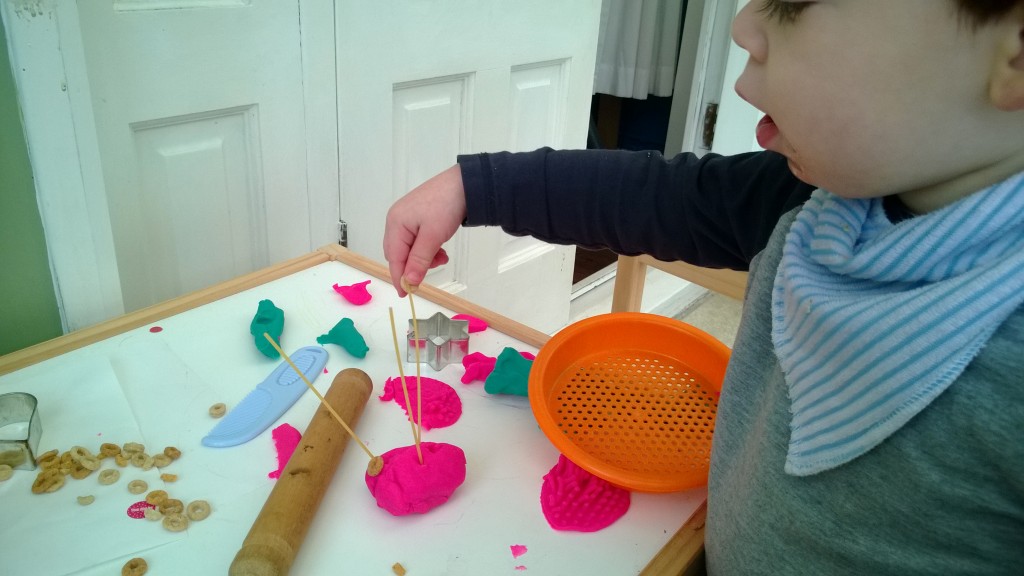 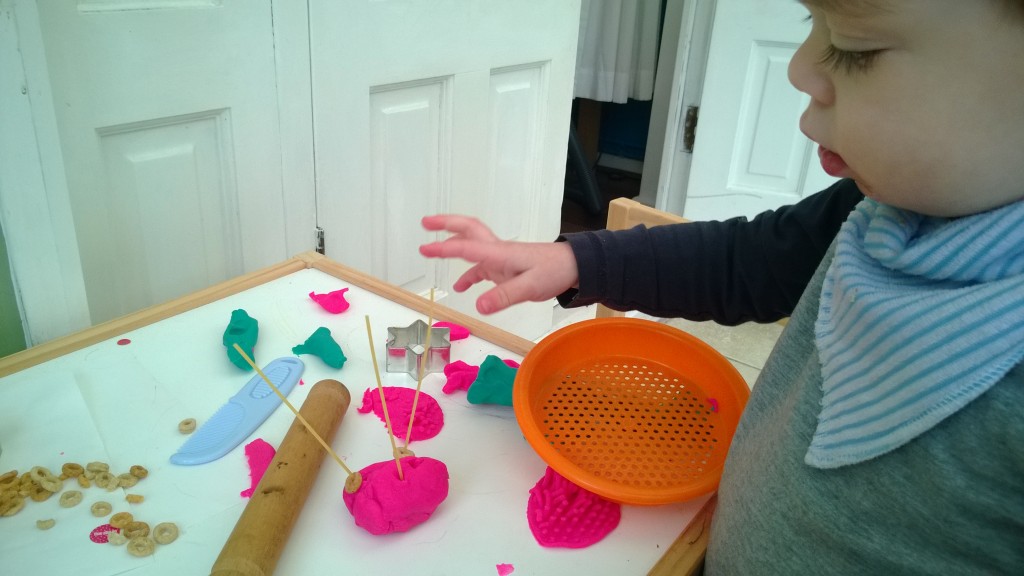 He did seem to enjoy himself though, as well as flexing those fine motor controls, which is always the most important thing.