LM is now 4 months old and for the most part she and Monkey sort of co-exist without really interacting much. For her part she still stares at him as much she can but he is a little whirlwind and ball of energy flying past, barely pausing to give her the occasional smile.

But there are the odd moments of magic which I try and capture. They are fleeting so the photos are not the best but it is nice to capture them nonetheless.

The moment where I sat them side by side on the sofa and one of her hands tickled him prompting a fit of giggles from him while she merely looked perplexed. 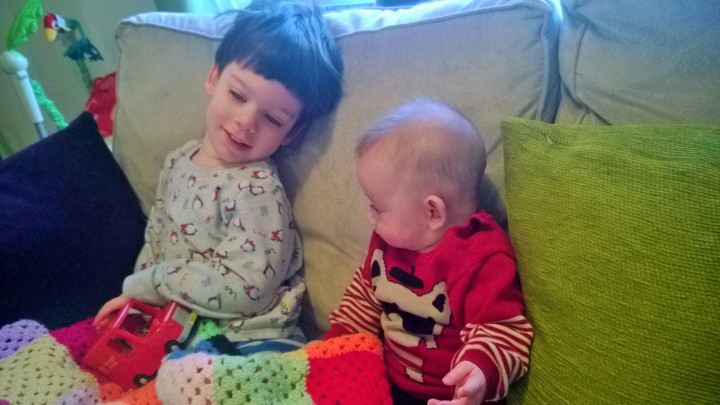 The moment where she was propped on the sofa and he ran over to take her hand and tell her she is his best friend (yes my heart melted!) and give her tummy a tickle. 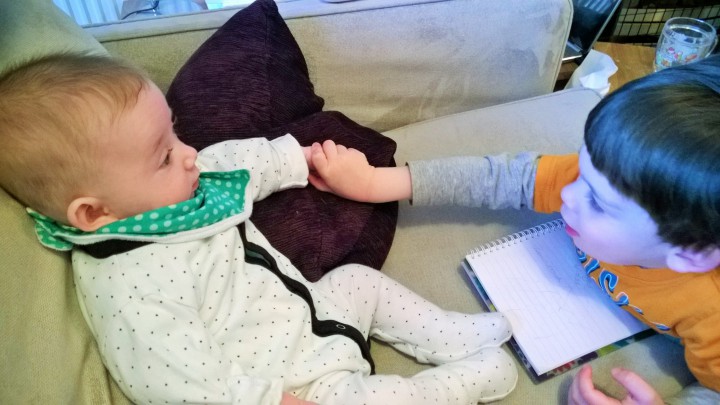 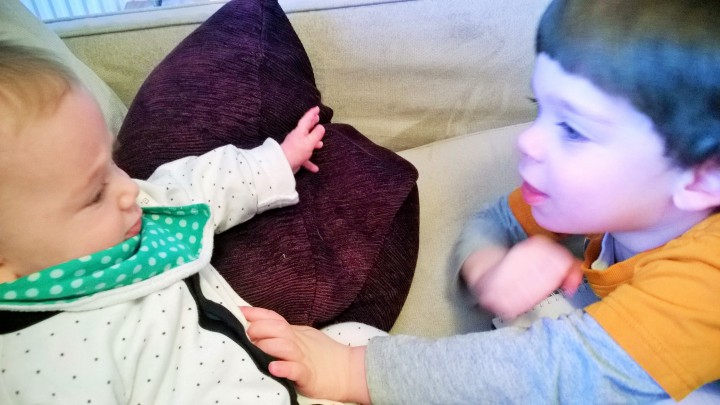 The moment he decided he wanted the phone she was looking at, but (after a little conversation about sharing toys) decided she was allowed to play with his Percy train. 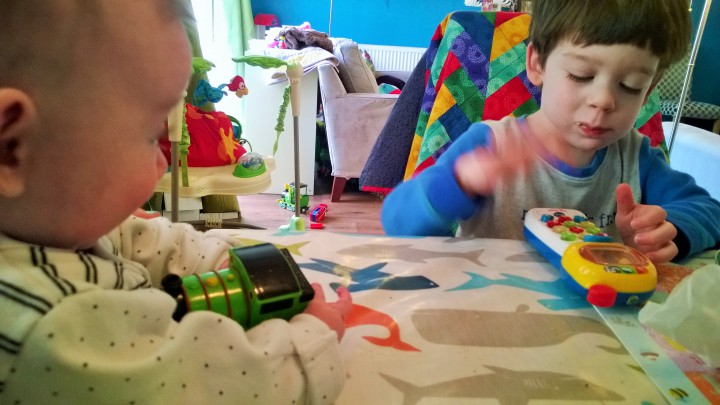 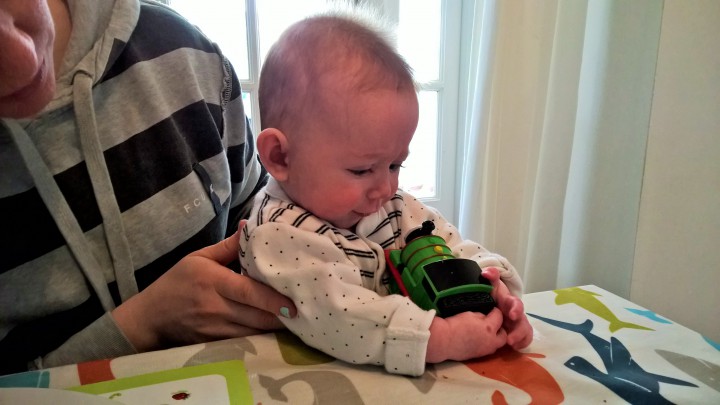 The times he wants to see what she is up to on her playmat and lies down alongside her. 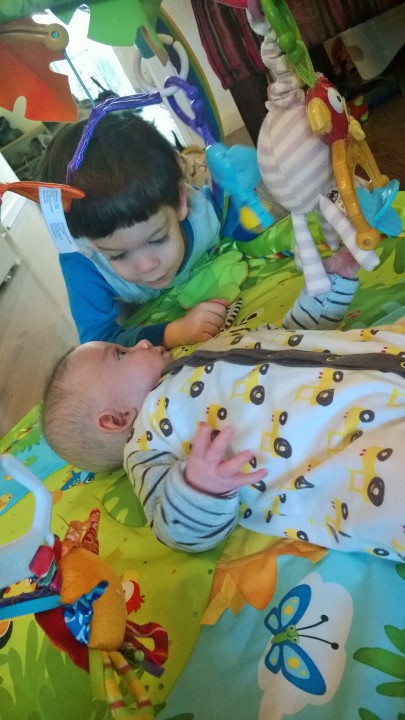 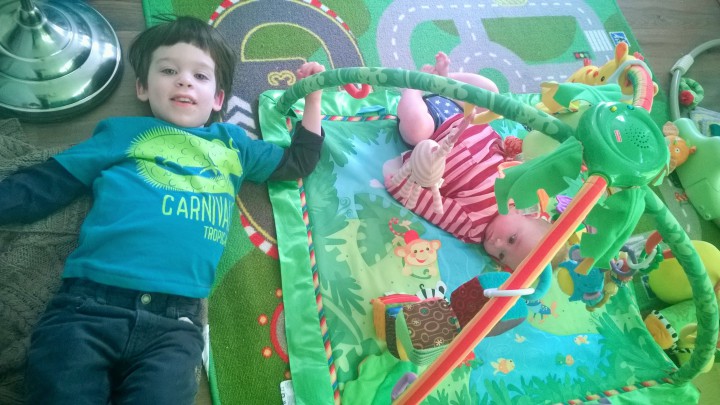 The moment where he ‘helped’ her play with the toys on the jumperoo, and said “Well done” when she turned it herself. 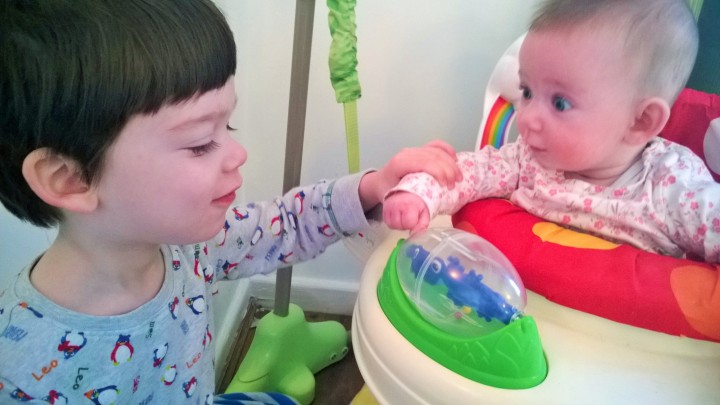 The moment when we were sat taking family selfies on the bed, where he kissed her, cuddled her, told her she was his best friend…then started patting her on the head saying “it’s a drum!” (Massively cute moment that ended with Mummy in a fit of giggles!)

The last few weeks have been tricky with a lot of illness and chicken pox and I have struggled at times to meet both of their needs with the added complications of poorliness. But we have survived and I am grateful to have my lovely happy children back and I look forward to seeing them grow together, and catching more of these lovely moments :).