Monkey is at such a cute age at the moment… I think I say that about every age but he really is and is coming out with the cutest phrases! Here are some of our favourite little comments I would like to record for posterity. 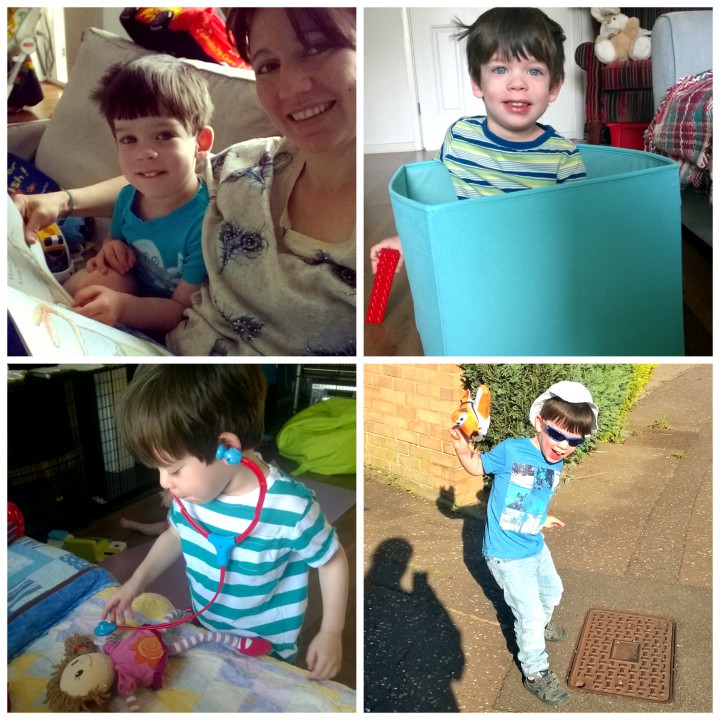 Walking around our local area he likes to comment on just about everything we see, which thankfully brings smiles from passers by in general. Some examples:

He also likes to say hello to everyone too which is very sweet, and then tells me “I said hello.”

“I said” is one of my biggest bugbears at the moment actually. I ask him a question or tell him not to do something and am met with “ok, I said OK!” in response, which make sme very cross. I heard you the first time and please do not shout at me! I am not sure where he picks that up from but he is such a sponge at the moment and have to be so careful.

My parents accidentally shouted “oh Bugger” when they went the wrong way in the car recently and of course he repeated it – but I very impressed as they have managed to convince him that they said “bother” and he recently announced “Pops says bother!” so phew to that!

He has also picked up a few things from films that I am not such a fan of. He points and tells us what to do and when we have challenged him on it he says “Woody points” as in Toy Story… hmmm. He also pretends to spit and makes a “ting” noise!! Which we are not exactly keen on and I think that came from Toy Story too….. funny how he manages to pick up bad habits from a seemingly innocent film!

It’s not all bad though, he is a big fan of the Disney Cars film and loves Lightning McQueen & Mater, and comes out with the funniest things, including “I am Focus” which is what Lightning McQueen says. In London a few weeks ago we were trying to get him to go quickly down the stairs to the tube and he shouted “I am focus” making us chuckle a lot bless him!

Our cheeky Monkey would be great at the Yes, No game at the moment as he rarely says yes. We ask him questions and he answers with I did, I have, I don’t, I were, I haven’t etc. Its so funny bless him!

He is getting more and more correct in his pronunciations lately and sounding less and les toddler… But there are still a few which we hope hang around.
“Nockynurs” (Binoculars) and “Serbatry” (Conservatory) for example!

We also adore his version of The Grand Old Duke of York. He is always singing something or other and love hearing his own versions of things!

He’s a very loving little boy and always tells us how much he loves us. He has also started saying “I love you soo much” when he is a bit sad or when he wants something. Learning emotional blackmail young! And if he gets told off he does the same. Yes I love you too darling but you must be more careful not to kick your sister in the head!!

Guidelines recommend that children under 2 watch no TV at all and toddlers watch no more than 2 hours of TV a day, but how realistic is this really? I personally don’t think there is anything wrong with a bit of telly. I’m not about to dump Monkey in front of the TV all day every day, and to be honest he is so full of energy he would get bored with it anyway. We get out and about a lot, read books, do crafts and all sorts of things, but there are times of the day when the TV is very useful as it keeps him entertained while I get on with some other things. This is especially true since Little Miss arrived!

Am I wrong though? Am I neglecting my child or being a bad mum because he watches a few hours of TV spread throughout the day? In an article I read a while ago, Dr Trina Hinckley said TV viewing can be ‘harmful to children’s physical and mental health’ speaking specifically about children under 4. She said that although parents think that TV programmes help children with learning language etc, that this is not true according to research.
END_OF_DOCUMENT_TOKEN_TO_BE_REPLACED