My parents are both from South West London and when I was growing up we spent a lot of time there visiting my grandparents and aunt and uncle. As such it holds a special place in my heart and there are lots of memories based there. My lovely Auntie Maggie still lives there and as we hadn’t been down for about a year we decided to take a few days down there.

We met Maggie at National Trust Claremont Gardens. Somewhere I had apparently been as a child though I don’t remember. (My memory for specifics is pretty awful!) It was a stunning place to explore and we had a lovely lovely day. 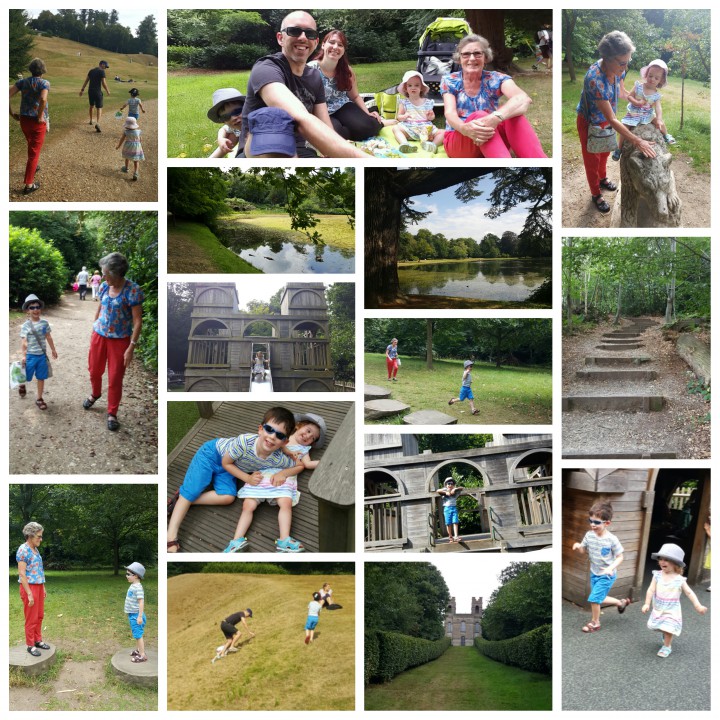 Then it was back to Maggie’s and after the kids’ tea we took a walk over to the common. Cannon Hill Common is somewhere that will always hold a lot of memories. My grandparents lived on one side and my aunt and uncle on the other. We often walked between the two, went to see the ducks on the lake and to play on the play park. It was really nice to share it with hubs and the kids and we had such a nice evening walk. The kids particularly loved having a good climb on some fallen tree trunks as the sun went down. 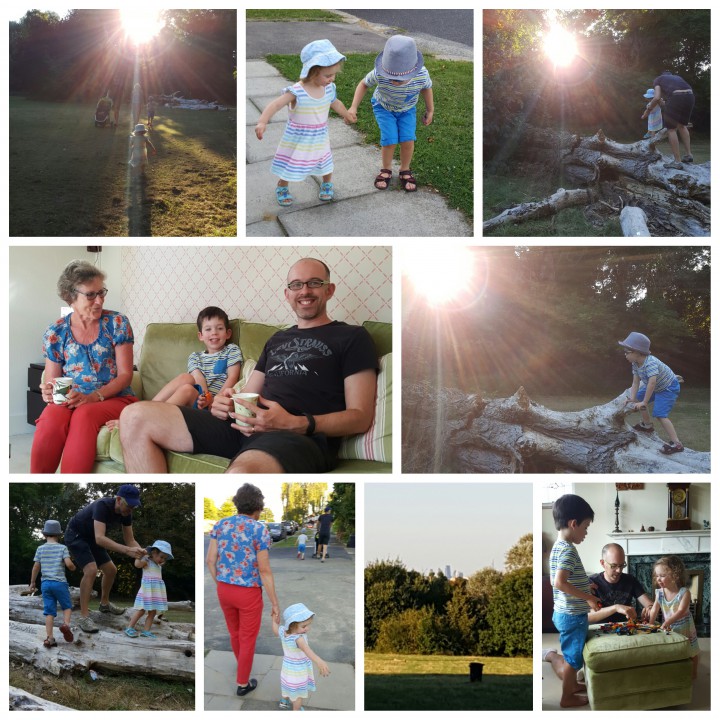 The next morning we decided to visit Deen City Farm which wasn’t too far away. A lovely little farm which is free to enter and has numerous lovely animals to see including pigs, chickens, cows, goats and even an Alpaca! You can cuddle some Guinea pigs, bunnies or ferrets for a couple of pound and there is a nice play area too. Unfortunately we had a pair of incredibly cranky kids that morning so we didn’t stay too long, but it was lovely! 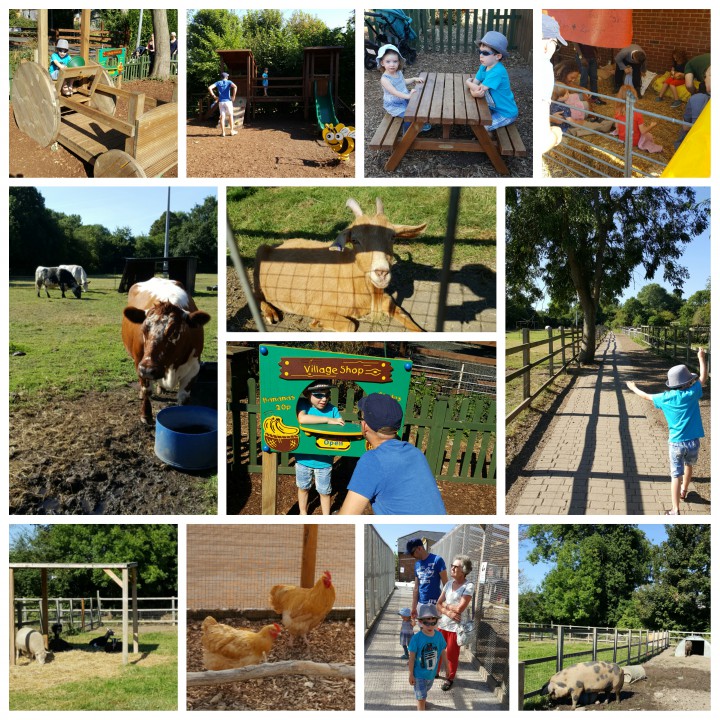 We decided to have a slightly chilled afternoon and our Little Madam really needed a nap (having gone about 3 days without one) so hung out at Maggie’s for a while. We did some drawing and tries to teach the kids to play boules in the garden. 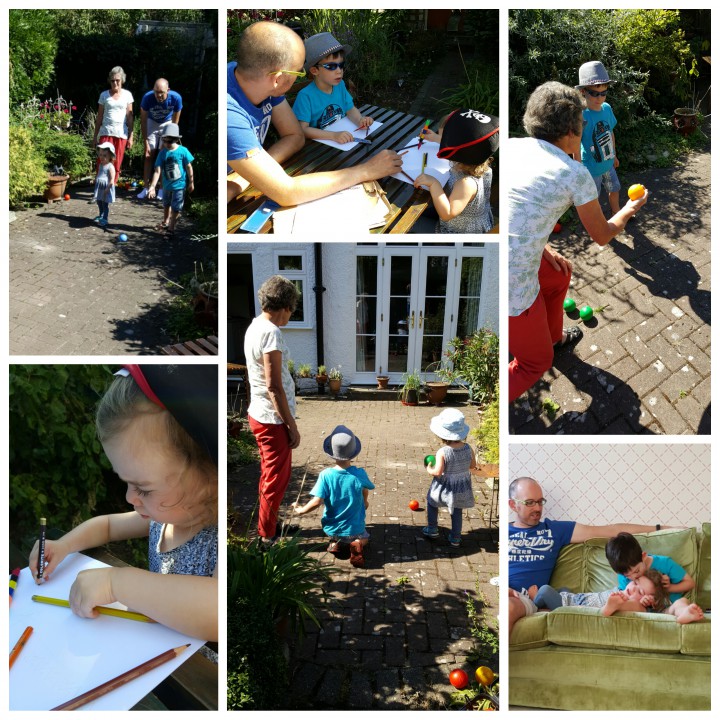 Monkey had a snuggle on the sofa with daddy while LM thankfully had a nap which she really needed. On our trip to the common the previous day we had seen lots of blackberries and had promised Monkey we would return to do some picking, so when LM had woken up a bit we headed back to the common. We got a fab haul and Monkey and LM had such a lovely sibling moment together, walking through the woods holding hands. 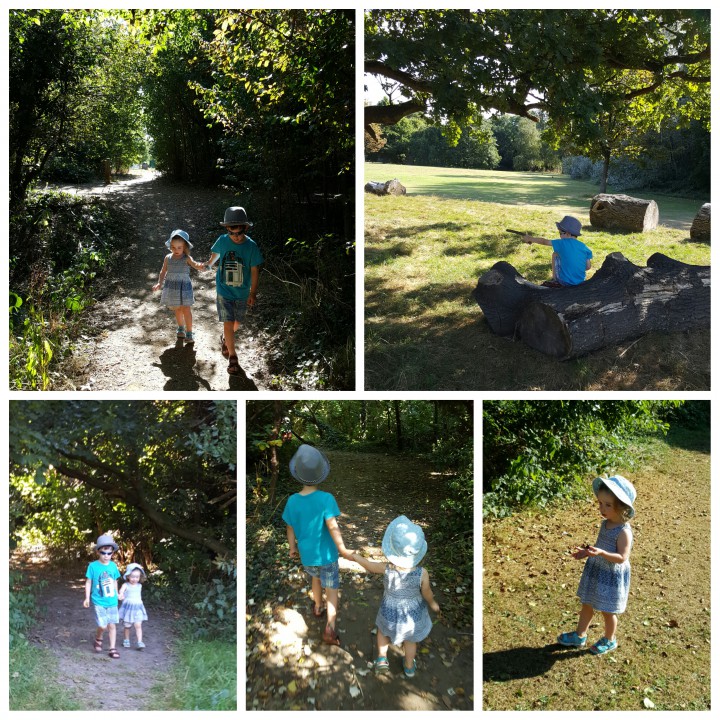 We aimed for the play park on the common and were pleasantly surprised to find the paddling pools there filled, both with water and with children! We were totally unprepared but it was so hot there was no keeping LM out of there, and Monkey soon followed. Honestly it was the happiest I had seen the kids in days being able to cool off in the water, even fully clothed haha. 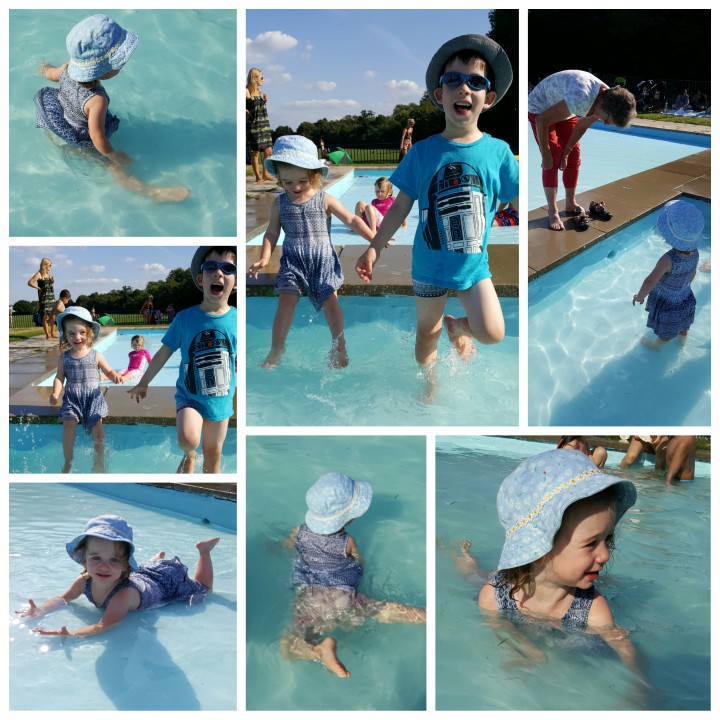 That evening we had a bit of a disaster. While showering the kids (as Maggie doesn’t have a bath) Hubs unfortunately managed to pull a bit of the shower off the wall, sending water everywhere. He got it back together and we thought that was the end of it until water began pouring through the ceiling! Nightmare! After a bit of panic initially we had a glass or 2 of wine and had dinner and waited for a plumber to come out. He helped put our minds at ease that it was back together properly and there would be no more leaks. Turns out there was a screw missing which is why it came off so easily so it wasn’t entirely hubs fault! 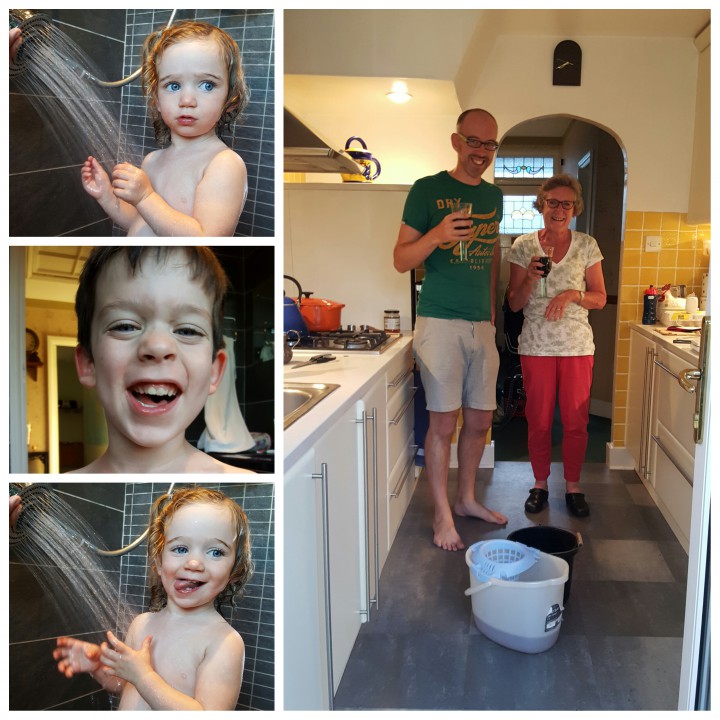 The next morning I went for a lovely run across the common while the kids had some scrumpy boiled eggs for breakfast. Then it was back to the common for a visit to the play area before packing up and heading home after lunch.

We had such a lovely few days, albeit with some difficult moments with some cranky children. But that’s normal really, especially when we were so busy and it was so hot and sunny! I thought Maggie would be glad of the peace once we left but apparently it is very quiet without us. We will just have to go again soon won’t we!