The problem is that I don’t think I am really very good at crochet, as my squares aren’t really squares, they are more like wavy blobs really. I thought when I put the whole blanket together that they would look ok, and the ones in the middle of the blanket have been pulled together when I have sewed them up, so they don’t look too bad. The ones on the edge however are another matter. They are so uneven and wiggly that the blanket has an unintentional, higgledey piggedly wave to it and I am just not happy with it at all. 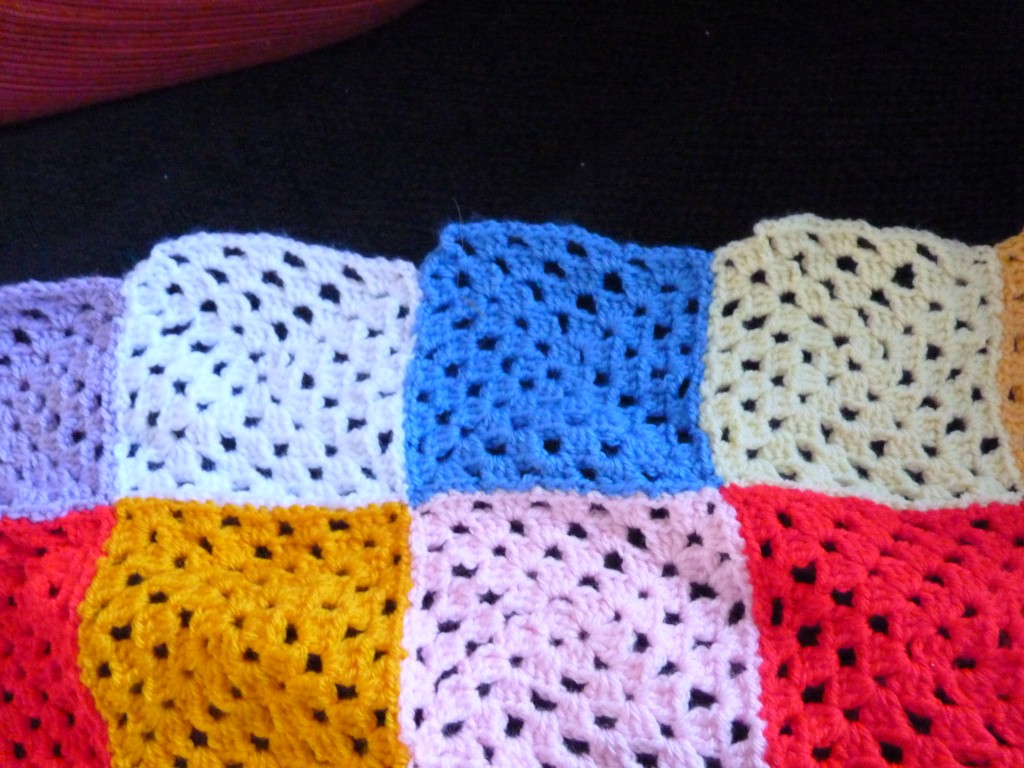 I was hoping that by adding the border to it that they would also get pulled a bit straighter, but as soon as I started my first line of crochet border I could tell that wasn’t going to happen, so I unpicked it all for a rethink.

I spoke to my mother in law the next day when she came to play with Monkey, as she is much better at crochet than I am, and how I got started with it in the first place. So I hoped she may have some ideas to help. She tried a few different things and we decided on one approach, which is basically to crochet double stitch on the high bits and then to half trebles, or trebles in the gaps (which are longer stitches) to try and even it out. I am trying that but honestly it still looks really wavy and a bit rubbish to me, even though it is definitely straighter than it was. 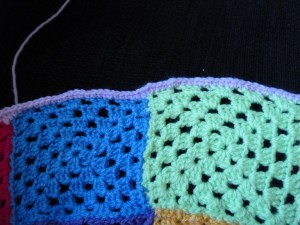 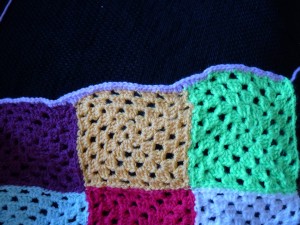 I then wondered if I made the border and then sewed it onto the blanket, whether the act of sewing would straighten the edges… I tried that last night and that didn’t work so well either. So honestly I am not sure what to do with it. I may have to leave it for a few days so I can approach it fresh, but it is really bugging me at the moment 🙁 Not feeling very happy with it at all 🙁 which sucks when you’ve put so much effort into something! Maybe It’s as good as it is ever going to be, I dunno, just urgh!

3 thoughts on “Frustrated with my Granny Square Blanket :(”