As this pregnancy progresses I have been very lucky that my parents have been able to help out more with Monkey. The shop my Mum worked in recently closed down, meaning she has gone from semi-retired to retired, and the timing of this has worked out so well as it means she is able to spend more time with Monkey (allowing me to rest). Usually my Mum pops round on a Wednesday and takes Monkey out somewhere for a run around, but with the forecast looking so dire this week, she invited us round to her house instead.

They have just got some lovely new recliner chairs so the idea was for me to put my feet up (maybe do a little blogging) while Nanny and Monkey played together. It was lovely! Monkey had such a lovely time and I got a rest and I wrote my conkers post, but of course I also got to have a bit of a natter with my mum, and got a few snaps of Monkey and his Nanny having fun together.

We started off the visit with a first for Monkey, his first ever Hot Chocolate! We haven’t deliberately avoided him having one, he just hasn’t had one before (I don’t think). He loves tea so if he wants a hot drink he usually has that. Anyway Nanny was having a hot chocolate and made one for Monkey too. He of course loved it and gulped down 2 cups in very quick succession. It was a very proud Nanny moment and she even got a bit teary over it, bless her 🙂 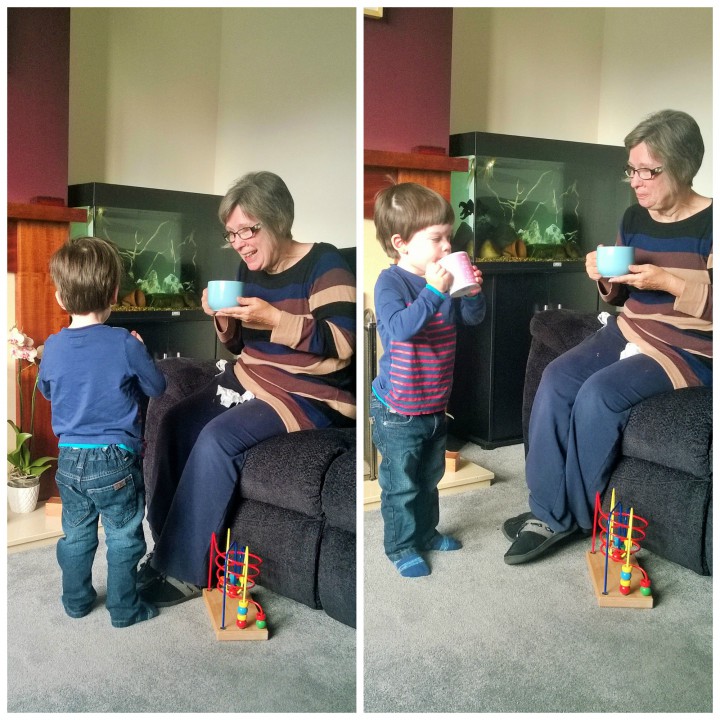 They got out the toys they have there for him started off with some blocks. My Uncle actually made these blocks for me when I was a tiny tot so it is just lovely they are in use again! They were sorting by colour, and then building towers. Then I cheekily tasked Nanny with building a castle, and she did really well! She was very proud of it and insisted it be included in a blog post, so here you go Mum! 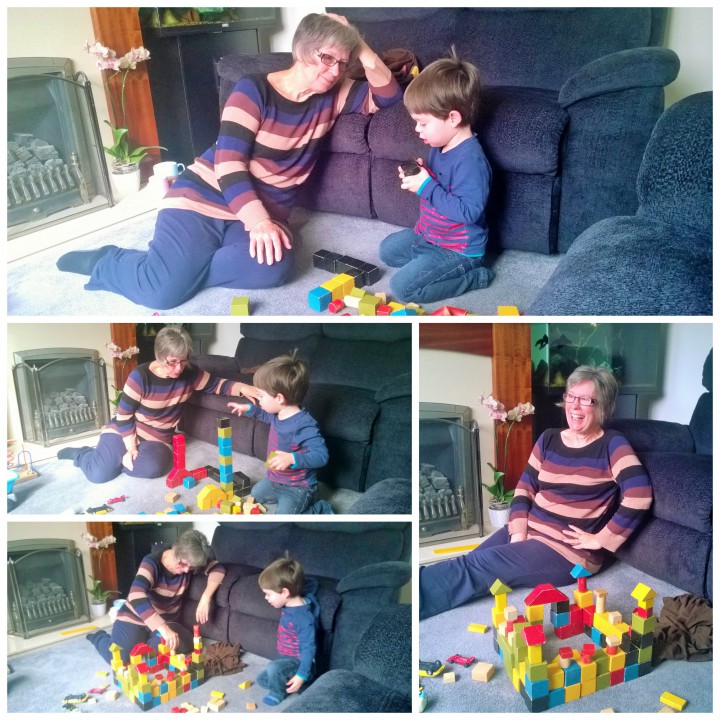 They then went out for a little walk to the shops, and after lunch they went in the back garden. I was inside at this point so the photos aren’t great but there are a few shots of what they got up to. He loves this red watering can and actually insisted they buy it on a shopping trip (they did actually need a watering can though would have got a smaller one but instead indulged him ;)) and he likes to water the plant pots when he goes round.. 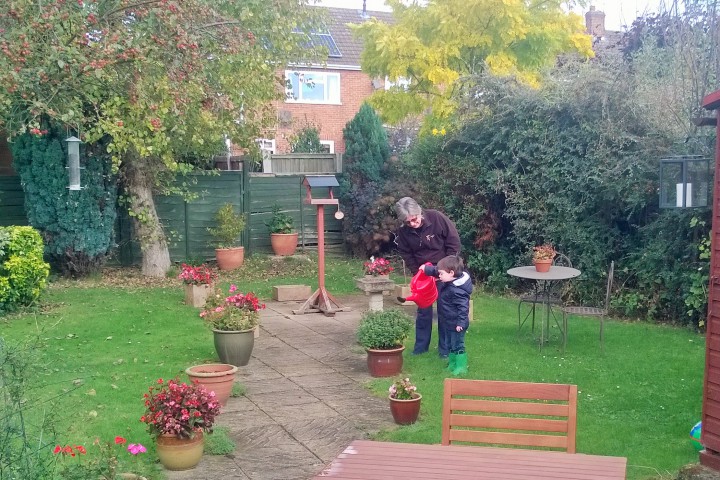 Then he helped feel the fish in the pond 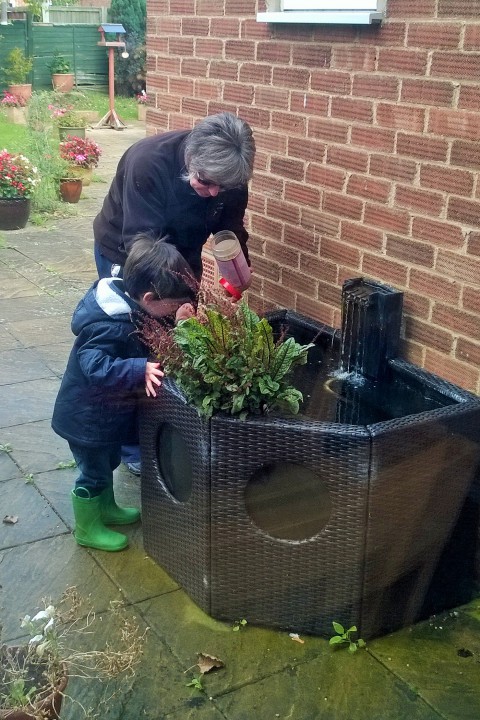 Then they had a run around with a ball and Monkey was giggling his head off as Nanny kept hiding the ball from him. Rubbish photos but was such a cute moment! 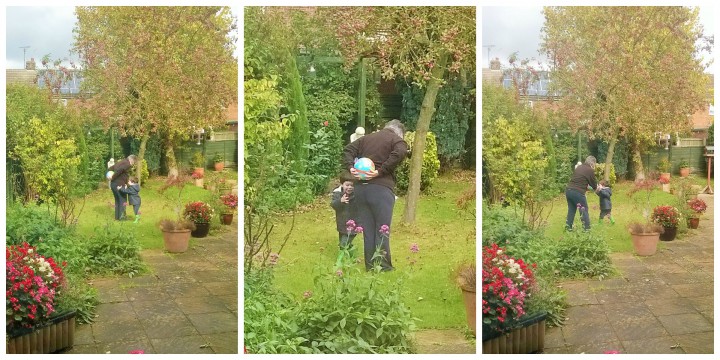 Then he decided that the plants needed more watering…. using their ornamental owl…? It does have a hole in and a spot so is kind of fit for purpose and he was so cute with it bless him! 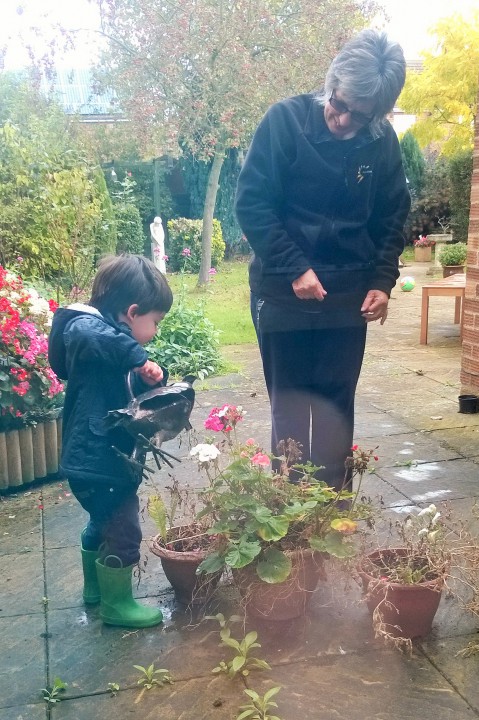 Just a simple day pottering and playing with his Nanny, but a day full of lovely little moments.

24 thoughts on “Fun at Nanny’s house”