At the moment I am finding Monkey to be equal parts heart meltingly adorable, and massively irritating. He can be the sweetest, kindest, loveliest, happiest little boy ever… Or he can be mind-bogglingly irrational and stroppy. Typical toddler I suppose! 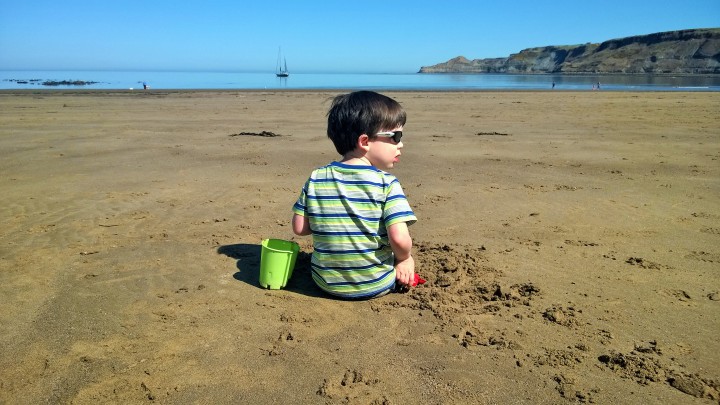 We have been very lucky really as we haven’t really experienced the ‘terrible twos’ with him – but I think maybe we are entering the realm of the “threenager.” The other day he walked past the room I was in such a teenager sulk pose, head down, dragging his feet, that it made me laugh out loud. Because I laughed he then came running past with the happiest, cheekiest look of glee on his face at getting such a response. I’m not even entirely sure what the sulk was about but thankfully it didn’t last that long on that occasion!

He has been going through a funny scared phase too, particularly at bedtime with a lot of upset and fear though it was difficult to put our fingers on why. We wondered if he was outgrowing his daytime nap (though he was only having one every few days anyway) and therefore not tired enough to sleep at night. Going almost a week with no nap has definitely helped but actually he is shattered so has had to nap again a couple of times since. Not quite ready to drop it entirely yet but he definitely needs it less and less at the moment.

He is also absolutely petrified of the plughole in the bath too for some reason. I literally have no idea why but when bathtime is ending, no matter how we approach it, the second he knows it’s the end of bathtime he panics and practically leaps out of the bath screaming and wailing until all of his toys are safely out too. Most of the time the plug is still well and truly in at this point but it doesn’t seem to stop the terror, no matter how much we explain, and show him, that his toys are all far too big to go down the plughole!!

I’m not entirely sure why he is so scared of things at the moment, maybe it’s just a developmental thing and he is aware of more now, or he is having nightmares, I have no idea!

Monkey has always liked to know exactly what is happening and when and I think this helps him to feel secure. He likes to list what is happening next – go to bed, then breakfast, then get dressed, then watch tv etc etc. His favourite question at the moment is “what we goin a be today?” i.e what are we doing today, which he asks repeatedly throughout the day. In fact he asks lots of the same questions, over and over, many of them with very obvious answers. (For example “what you doin Mummy?” “I’m changing LM’s nappy darling” then the same question 30s later) So we have started saying “what do you think we are doing?” turning it back onto him as he normally knows the answer and it just makes us less frustrated at his constant questioning! 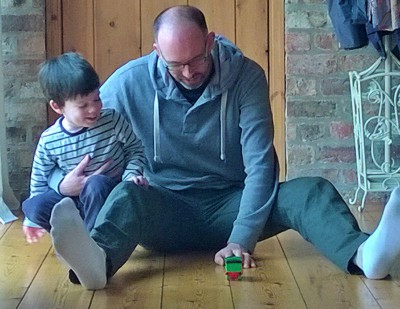 He’s a real daddy’s boy at the moment too. He goes through stages of this with both of us but it has been all about Daddy for some time now. Constantly wanting to know where Daddy is and wanting to be by his side at all times. No, Daddy do it, No hold daddy’s hand, etc, etc. So our holiday came at the right time as it meant that he got to spend a lot of time with Daddy. It doesn’t seem to have lessened the need for Daddy so far though ;/ I won’t lie, there are times it hurts, when he says he loves Daddy not Mummy for but those occasions are rare and there are still times he wants Mummy over Daddy and he does tell me he loves me too so I don’t let the other times affect me, as there’s just no point! 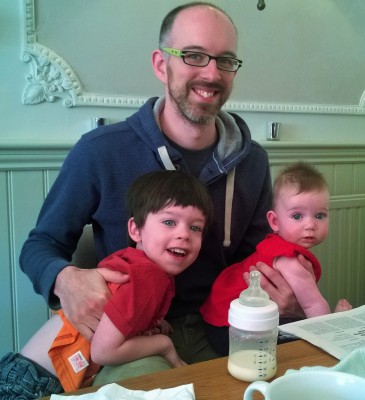 He is very loving actually and  has started randomly coming up to us, throwing his arms around our neck and saying “I really nove you” (his l’s really aren’t that great still bless him!). One day when he had been helping us in the kitchen and daddy thanked him for his help he threw his arms round Daddy’s neck and said “I’m so troud (proud) for you” not really the right context but very cute nonetheless! He is loving towards his toys too and I overheard him saying “Oh I nove you Doggy bear” and then he pretended to be Doggy Bear and in a cute voice replied “yes I do”. See, heart meltingly adorable sometimes!

He loves singing which is something hubs and I have been looking forward to for ages. When the nursery rhyme CD is on in the car he shouts out, at nearly every song, “Oh I love dis one!” and then sings along to them. Though he doesn’t always get the words right, a particular favourite is when he says “okey dokey” instead of the hokey cokey bless him.

“It’s really bumpily” not just about things that are bumpy as he often uses this word to describe food he isn’t sure about eating too!

“It’s not missy anymore” On a misty morning on holiday!

“My happy face is all gone” This was in reference to the smily face stamp he got on his hand when we went to the gadget show – it was washed off after a couple of days but he pronounced this more than 2 weeks later!!

“Mission accomrished” instead of mission accomplished, if you put your thumbs up like on Postman Pat SDS he will copy and shout this at you with a huge grin on his face!

So despite all the irrational fears and irritating questioning and clinginess he is completely adorable and I love him so much and am proud of him every day. I feel for him as when we are going through a tough time with LM he gets snapped at more and I know we aren’t giving him the attention that he wants. I hate this and feel like a terrible parent but I have to remind myself that he had our undivided attention for 2 1/2 years, and that it will get easier as his little sister gets older. Or at least I hope it will!