Much as I love my husband and loved him being at home last week, it was nice to get back to normal this week. Last week didn’t exactly go as planned, and with us both feeling so poorly we were shut up inside the house more than we would normally be, so by Sunday we were getting on each others nerves a bit (especially with a healthy dose of PMT added to the mix!). I think if we had been able to get out and do all the things we planned last week it would have been different, but as it was, by Monday morning it was nice to get back to normal.

Monday is normally a Nanny day (and Grandpops if his shift pattern allows) and we went for a lovely autumnal trip to a local play area, which was great fun. Mummy and Nanny were having lots of fun kicking up leaves, though Monkey didn’t really see the fun in that as much as we did! hehe 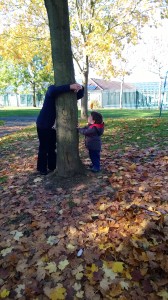 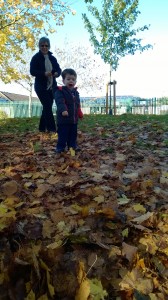 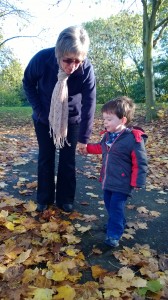 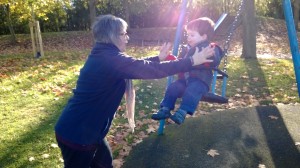 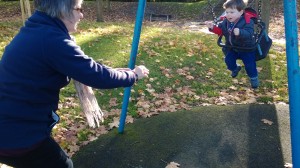 Tuesdays was tumbletots, which he loves, and then just some general playtime and a trip to the shops. Wednesday we were supposed to meet some friends at a soft play place, however one of my friends little girl has chicken pox! She is a year older than Monkey and we did consider a chicken pox party so he could get it out of the way, but I am sooo not ready for him to have it yet. My other friend’s little ones are also poorly and they were off to the doctors so we had to come up with another plan.

It was a bit grey and gloomy but not too horrible out so we made an impromptu trip out to a local country park to have a run around, and bumped into Grandma and Granddad! Which was a lovely surprise! We had lots of playtime with them, a nice cup of tea in the cafe when it got a bit cold, and some running around in the mud. After deciding to sit down in a big muddy puddle Monkey was very muddy by the end of it but lots of fun was had so that’s all that matters. 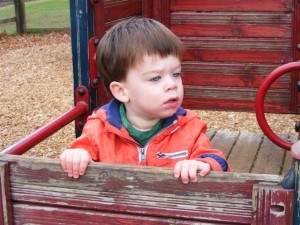 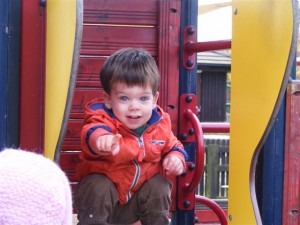 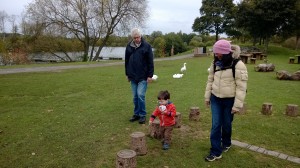 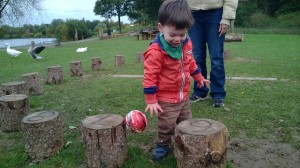 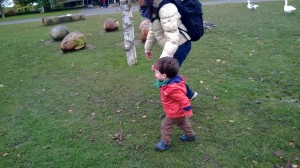 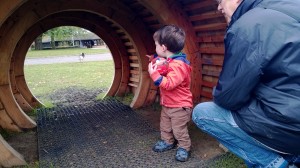 Thursday another friend and I took our little ones to a soft play centre we hadn’t tried before, and although Monkey was nervous and clingy to start with (as he can be in new places) we had a really love time. Monkey warmed up and started playing by himself so my friend and I got to have some good mummy chats which was very much needed for both us, so it was really lovely. Her little ones really enjoyed it too .

Friday is a day with the grandparents which is always lovely and a really nice way to end the week. Nice to all be well and happy and just generally, back to normal! 🙂