Another couple of months have passed so it is time for another update on our little lady. She seems to have changed and grown so much lately as she really moves from being our baby to being a real little girl. 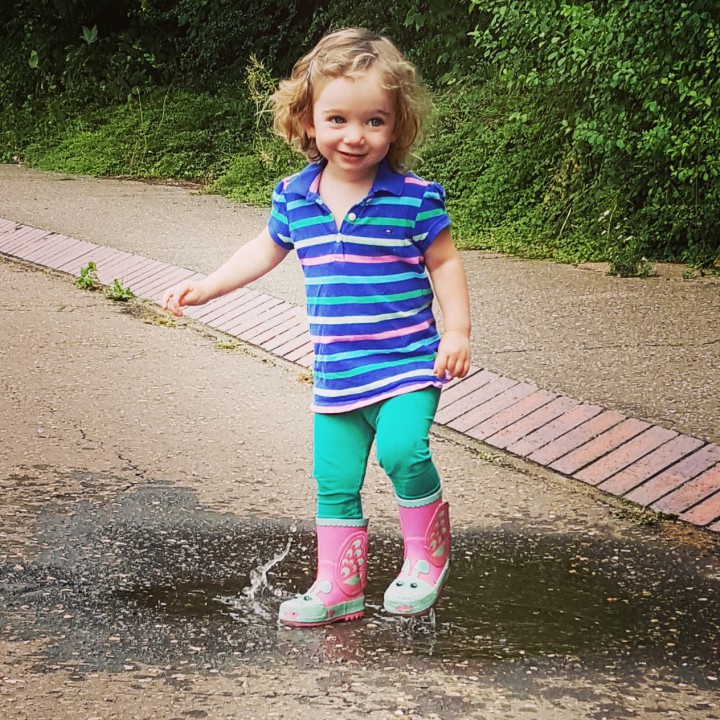 Where do I even start? Well I guess her speech is one of the biggest developments. She’s still not properly talking but she is jabbering on almost constantly these days and there are definitely more recognise able words amongst all the babble. “wandat” for I want that “ishweh” for it’s wet and lots of mama and dada. She likes counting and copies our tone for saying “one, two etc, even if the words aren’t right yet. There’s loads though and I’m sure in the swing earlier she said some form of “I want to get down” and was jabbering on about her boots too. Because it’s hard to describe written down, and I’ve wanted to record her jabbering for posterity, here is a little video of random clips of her chatting.

We don’t always understand her though which can lead to a heck of a lot of frustration and some serious tantrums. She is still so bossy and likes her own way a lot which also leads to tantrums when we say no. I wrote previously about some of the challenges of this age so won’t go on about that too much here. We have used the naughty spot for the first time recently though and it seemed to work quite well.

Another way she has so obviously grown up lately is the little routines she has developed. After playing the sand outside, for example, she will lead me into the house with her hands out in front of her, through into the downstairs loo and steps on the step so she can wash her hands. Another example is making sure stair gates are shut behind us when we enter/leave the living room etc. Very sweet. She’s also getting so lovely and following instructions and lives giving people things or “helping” with something. She will lay herself down when ready for a nappy change and another of her little routines is climbing into her brother’s chair once he has vacated after breakfast and hoovering up any porridge he left behind, even when that really isn’t very much!

Speaking of climbing she can now climb onto chairs pretty easily and in fact loves climbing on things, and I’ve even found her sat in her buggy having climbed in by herself.  We really had to watch her on a recent holiday as she was climbing on all sorts of dangerous things! I loved it recently at soft play though when she climbed all the way up by herself to follow her brother and friends. She is doing so well and is so brave. I was of course keeping a very close eye on her! 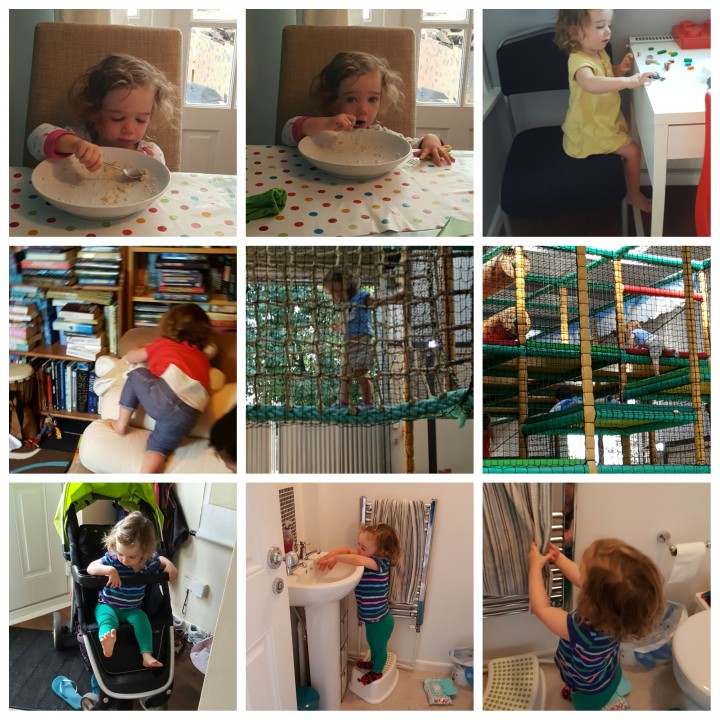 She’s also getting good at showing how much she loves friends and family now. She will willingly and voluntarily give her relatives lovely big cuddles and often kisses which of course everyone loves.

She’s really good at waving hello and goodbye and screams with happiness when she sees someone she loves, especially her daddy! You may want to turn the volume down for this clip taken from my instagram feed haha.

So what else is she up to? Well she’s learned to ride her brother’s scooter, and we have bought her her own one… But she only ever rides it very briefly and isn’t interested beyond that. I still think she’s done phenomenally well though as Monkey only really got to grips riding his this year! She loves dressing up and often brings me a dress, a hat or her favourite dragon costume to put on her. 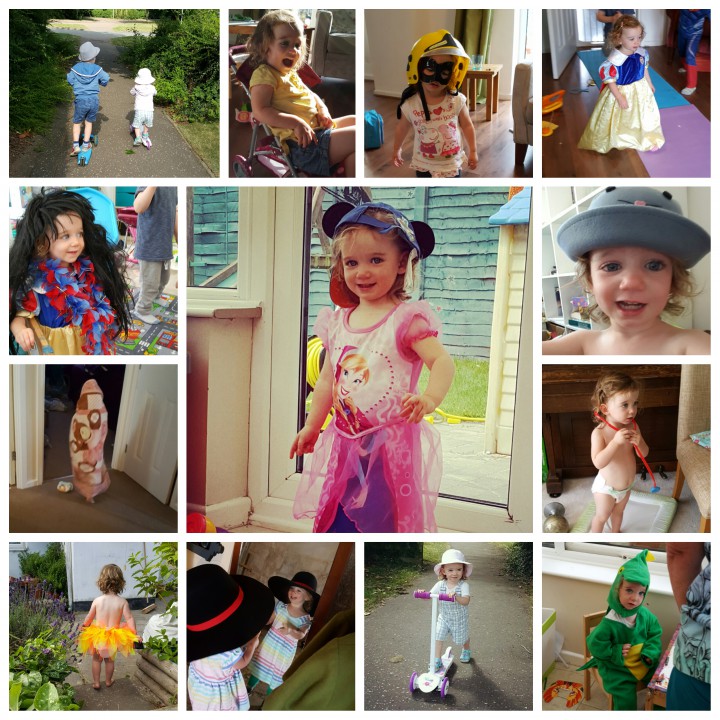 She has a lovely little imagination already. She loves playing with people and putting them in cars, feeding them or putting them into bed. She’s also learnt the cutest little habit of closing her eyes and pretending to be asleep. Makes me melt as it is so adorable!

I’m obviously biased and even though she drives me crazy I just think she is such a gorgeous little girl. She’s so cheeky and funny and doesn’t take herself seriously at all, pulling the funniest little faces. She’s a little gymnast and throws herself around and she loves to learn too. She loves having a good splash around outside, playing with her granny’s dolls and playing with her brother. 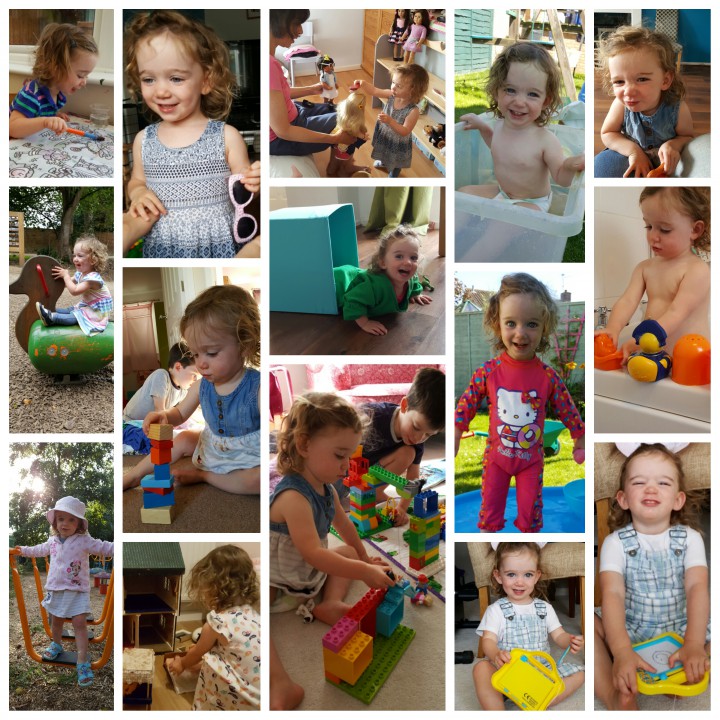 This age certainly has it’s challenges but it is also amazing to watch her grow and change so much all the time. Our little girl.