Our gorgeous girl turned 2 on Saturday and I think it is safe to say she had a lovely birthday… even though I’m pretty sure she didn’t really get what was going on!

We started off with presents on our bed. The lighting for these shots is terrible and we’re obviously all very sleepy but I love the happiness nonetheless. There were some lovely siblings moments where Monkey helped LM open her presents (and play with them haha) and she was definitely very excited by them. 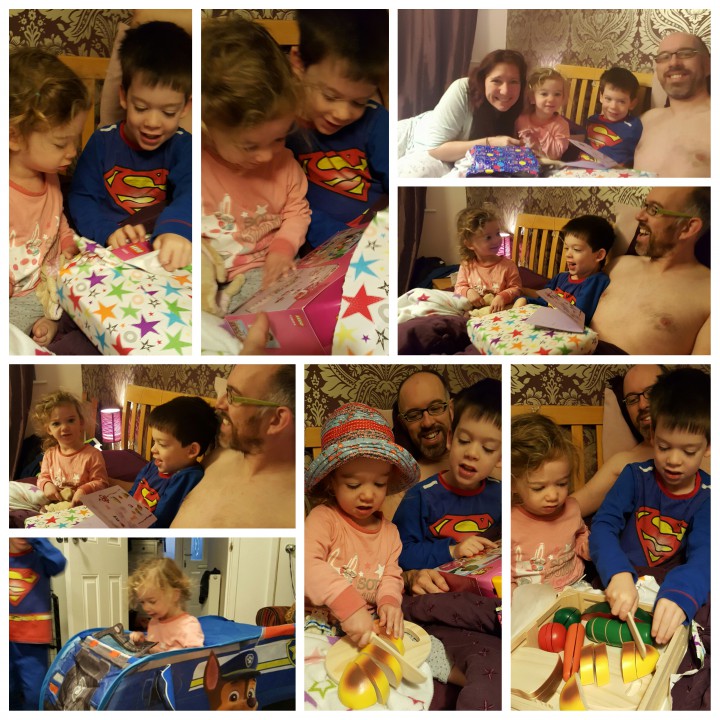 After a speedy tidy up of the whole house and finishing off the cake (which was the 2nd attempt, see here for some laughs about how the cake was created) it was time for a bit of a party. At this age we tend to keep it to just family as like I say she doesn’t really know what’s going on, and we are so lucky to have so many family close by anyway that even with just family we have quite a full house! She thoroughly enjoyed all of the attention from all of her favourite people and got lots and lots of very lovely presents. 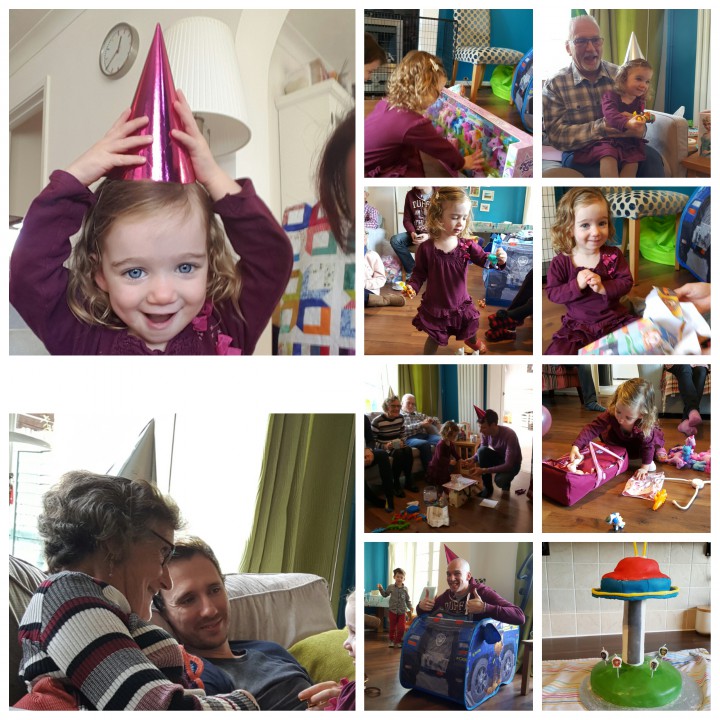 It’s worth noting how well Monkey coped with the whole day. He had a great time on the whole and really wanted to help LM with opening her presents even if he was a bit overexcited at times, and definitely more excited than she was! We did have some jealousy though over some toys and I think it was quite hard for him. He’s never had to share the attention in quite the same way before as last year she was so little and he could play with what he wanted really, whereas this year she was more possessive over her toys, and we had to explain more than once that it is her birthday and they are her toys. All just part of the learning process when you have siblings but definitely interesting to watch! 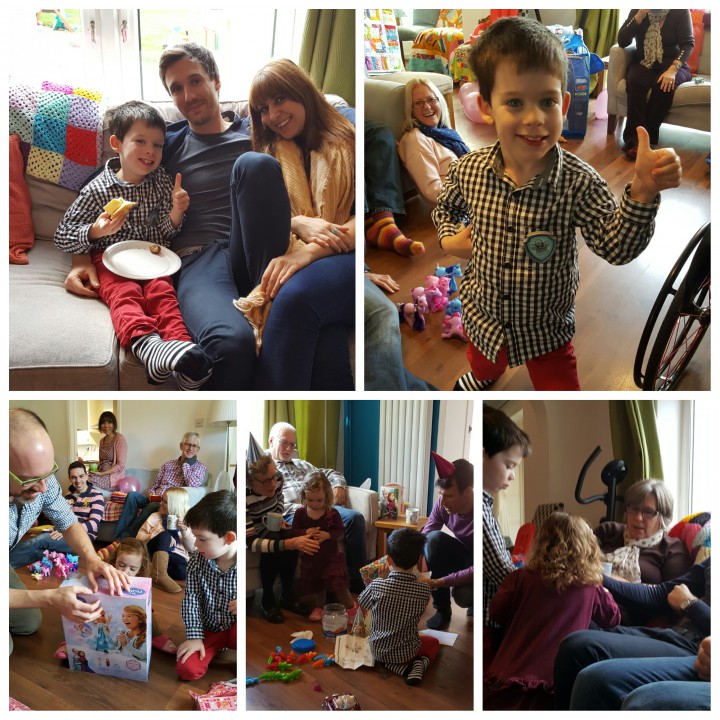 With all the presents opened and fun had with all her new toys (though the paw patrol characters were by far her favourites, should’ve known!) it was time for some food. We just did a simple buffet and then it was time for cake, which was very nearly a complete disaster. Still, it tasted good!

After the party had wrapped up and LM had had a little rest (she rarely actually naps these days but does sometimes want to have some quiet time in bed) we really felt in need of getting out for some fresh air. After seeing so many shots on social media lately of pumpkin picking adventures I was keen to head over to our local pick your own farm to join in the fun. They had a Halloween trail which Monkey adored and they had hung some “ghosts” in the trees which actually Monkey found hilarious. 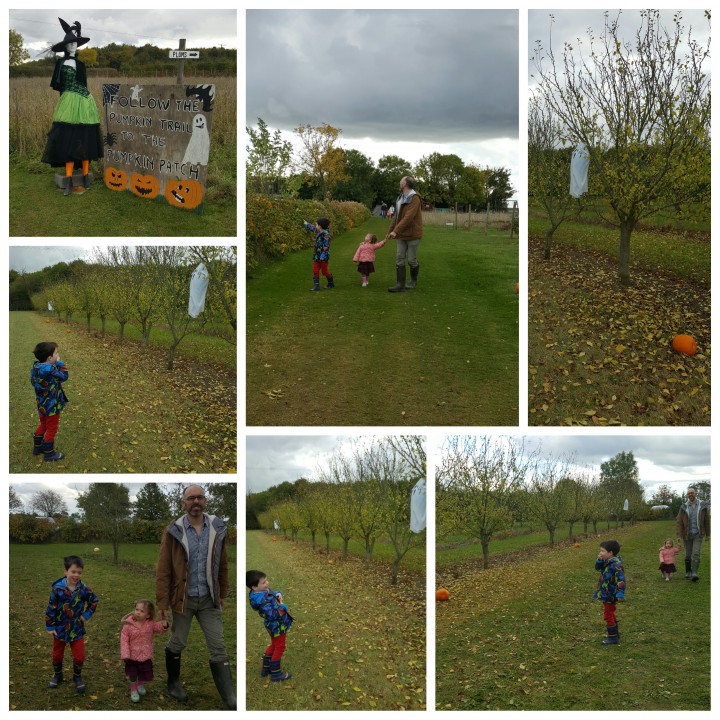 The trail also took us past some ploughed fields and Monkey loved balancing on the mounds of mud. LM tried too but she was less successful! 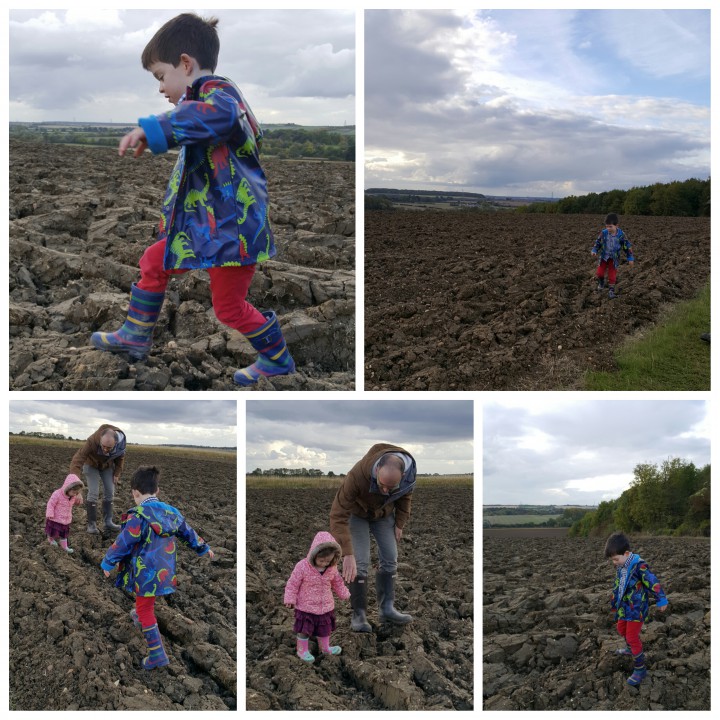 The Pumpkin patch itself was great fun. It was quite busy and it was lovely to see so many families out picking pumpkins and filling wheelbarrows. Monkey and LM loved looking at all the pumpkins and Daddy took the actual choosing of our Pumpkin very seriously while LM got distracted by some flowers! 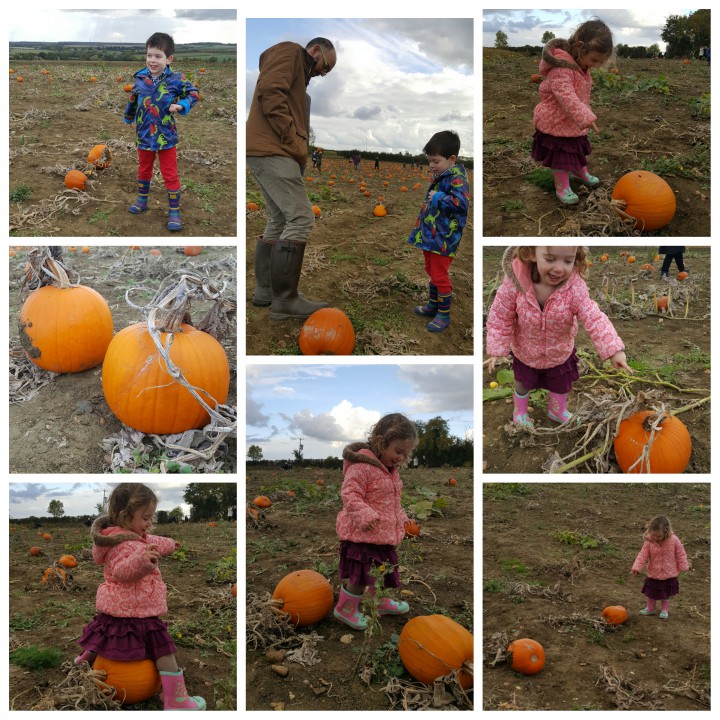 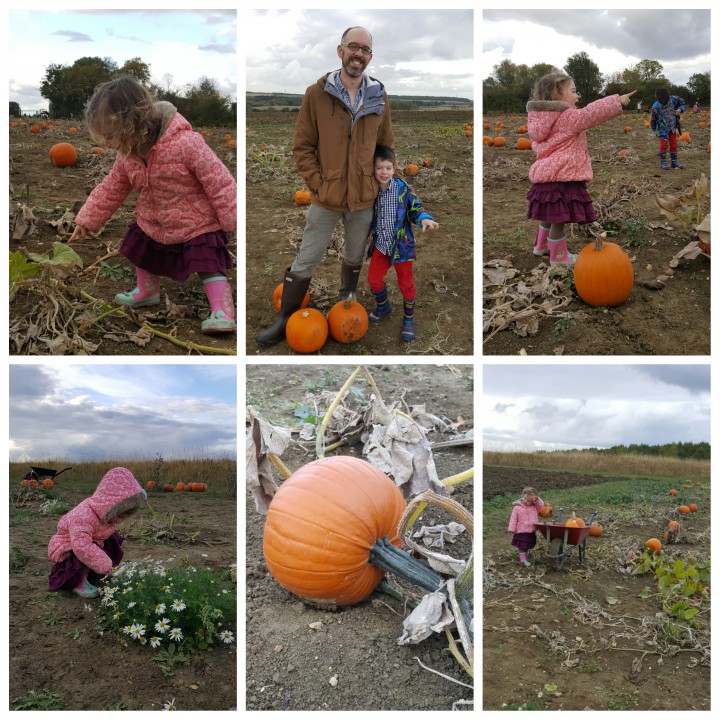 It was a lovely day for our little lady’s birthday though we were all completely shattered by the end of it! I wonder what we’ll get up to for her birthday next year?