I don’t know about you but since becoming a parent I worry all the time. Am I doing a good job? Is that the right decision? Am I doing something that will come back and bite me later? Swimming is something that has caused me a lot of worry over the past 4 years. I love swimming and I think it’s such an important life skill so I always thought I would get Monkey swimming early on.

But when Monkey was a baby I struggled so much with the day to day that swimming went to the back of my mind. With his colic and sleep troubles I couldn’t conceive it. Then we discovered that a routine worked so well for him and I didn’t want to do anything that mucked it up for him.

As he got older we checked out swimming lessons at a fabulous specialised pool near us, but they were so expensive! And I guess we were not convinced about the long term as it felt like once we started we would have to keep on going in order for him to keep the skills and that was looking like a phenomenal amount of money over the years. After our first holiday abroad where he loved the pool I was determined to start lessons. We found cheaper lessons at a local pool and hubs started taking him every Saturday… With varying degrees of success. To be honest sometimes it was a nightmare. The water in the pool wasn’t that warm and for the most part Monkey absolutely hated it and would scream for most of the session. 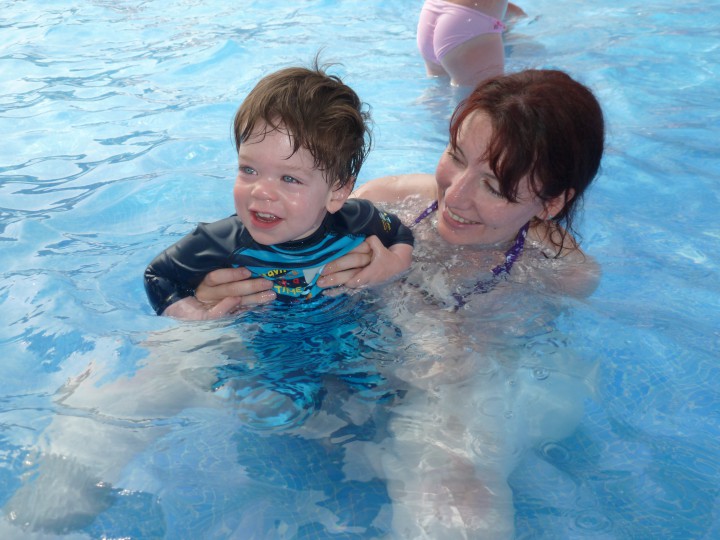 It was on a Saturday morning and it got to the point where every Saturday hubs would come home in such a foul frustrated mood with a tearful shattered Monkey and it was just not the way to start the weekend. So the lessons were shelved for a bit. On holiday last year I had hoped for a repeat of our previous holiday fun, but it was not to be as the pools there were so cold and Monkey absolutely refused to get in. LM loved it so at least that was something. 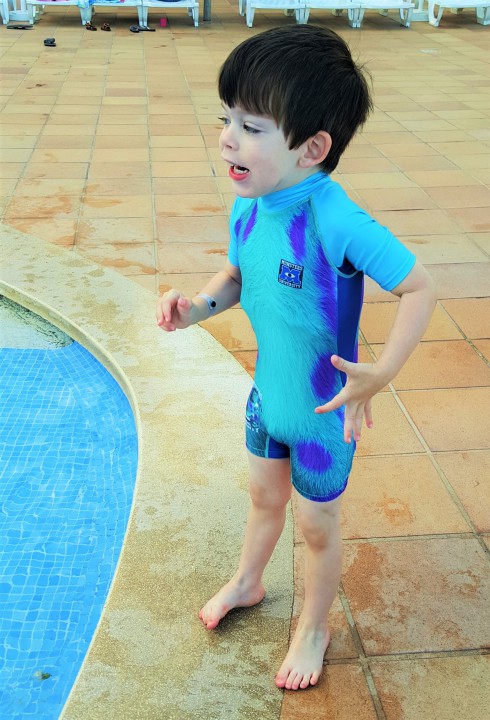 It may sound crazy but as honestly felt like we were failing Monkey. He needs to learn to swim and I want him to enjoy it but it just felt like noyhijg we did worked. I looked again at the expensive lessons but he is now too old to go to that pool. It didn’t help that in checking it out I saw them so proud of children Monkey’s age who were swimming 5 metres unaided etc. I felt like we had missed a window of opportunity.

Earlier this year we started taking the kids to a local baby pool a bit irregularly but on Sunday mornings. It is a love warm pool and I wrote how we were having a bit of success. Monkey was happy to go there for one thing and didn’t spend the whole time screaming. LM loved it too so it was lovely for all of us.

We have still been going, fairly intermittently but I have still been nagged by doubt and feeling we should do more. I have gone round and round in circles with it and felt like I was making both kids miss out by not taking them to lessons but felt I couldn’t take LM to lessons while Monkey was still not swimming. It just highlighted how little he could do.

Anyway, I am writing this having just come home from probably the best experience swimming with Monkey ever. He was kicking his legs and arms while we held him, and then instead of insisting on walking like a spaceman the rest of the time, he independently learned that he could float with his armbands on, and spent ages floating and kicking his legs and just having so much fun with it. 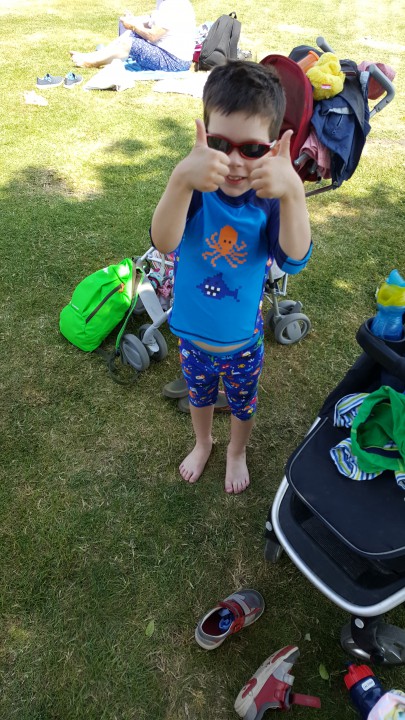 I’d also taken our swimfin along with us. After reading loads of great reviews last year I bought one, but other than once at home I have never been able to persuade him to put it on. It took some doing and LM had to wear it for a bit first, but we did get Monkey wearing it… And he swam! With the swim fun and arm bands he swam all by himself, a good doggy paddle and he just did it. Everything we have been saying to him and doing with him has clearly paid off.

We were so proud! And relieved, as it feels like we are finally on our way. We will carry on with what we are doing and when he is much more confident in the water we will start normal swimming lessons. For now though it feels like we have overcome a major hurdle!