Last weekend we had a visit from some very lovely friends of ours who live in South London. We last saw them way back in July last year when their newest little one was just 6-7 weeks old so it was lovely to see them now, to catch up with how everything is and see how much both of their girls have grown. Plus of course we have a new arrival of our own that they were keen to meet.

Their little E is still as lovely and chilled as she was when she was younger and she is so cute and diddy. Her and LM are almost the same size – though of course being 5 months older little E is way ahead developmentally. She’s such a happy girl constantly smiling and so content sitting playing with toys and it was lovely to see. 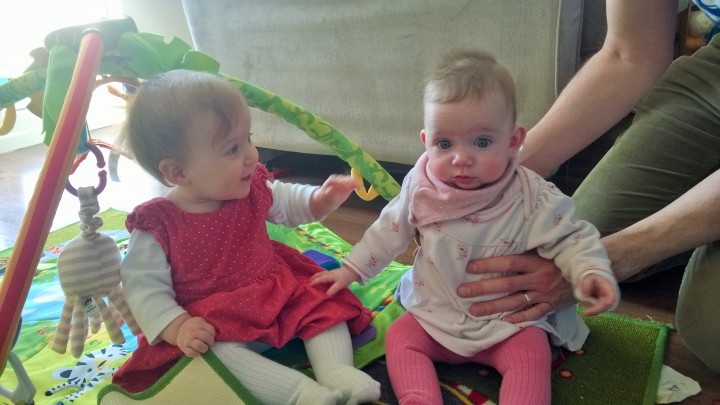 Monkey loved seeing their oldest, S, again too. He had been a bit poorly and grumpy over the weekend so we weren’t entirely sure how it would go but they arrived and he was so so happy at having a little friend to play with that he seemed to completely forget his grumpiness! S is such a cutie, just a little bit older than Monkey and they are so similar in so many ways. She was great following him around to see what he was up to and he did really well with sharing his toys and playing with her as well as alongside her. 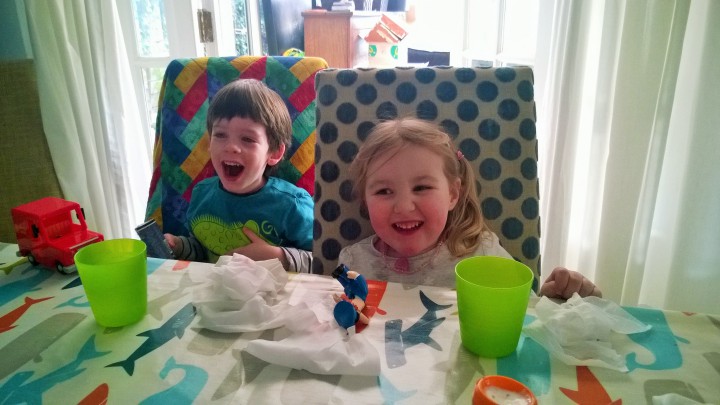 What was really nice was that they were able to stay for a while, often when we see them it is a bit of a flying visit so it was nice to be able to spend some time together to chat about life with another baby and all the challenges and happiness that brings! There was a really great moment while us Mums were with the babies and having a natter. One Daddy was dozing in the garden and we thought the other was playing play-doh with the older kiddies. In reality this was happening. 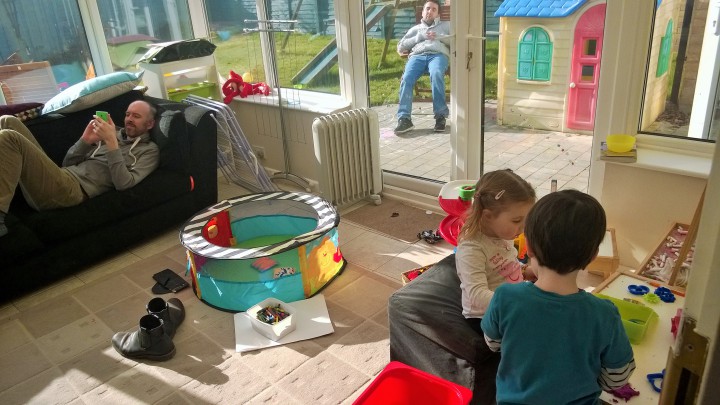 The kids were playing together so well that Hubs had decided to have a rest too hehe. Who can blame him eh? Late in the afternoon we went for a walk so that the youngest 2 could get a nice nap while we all had some fun. It was just lovely and Monkey and S were running around having so much fun together, it really was adorable. 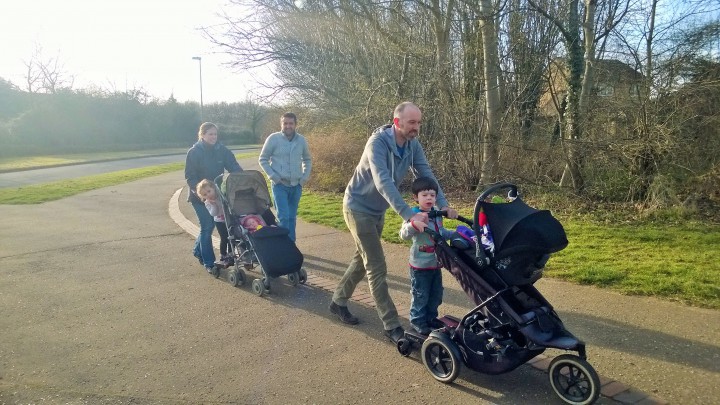 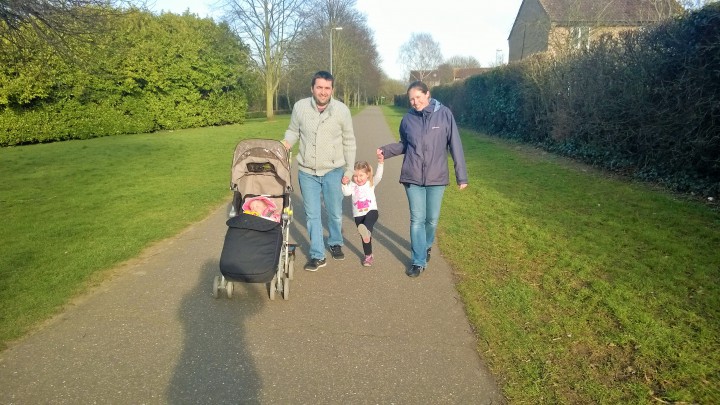 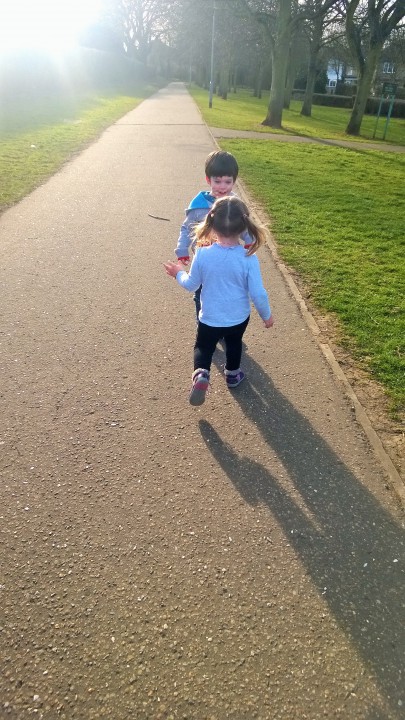 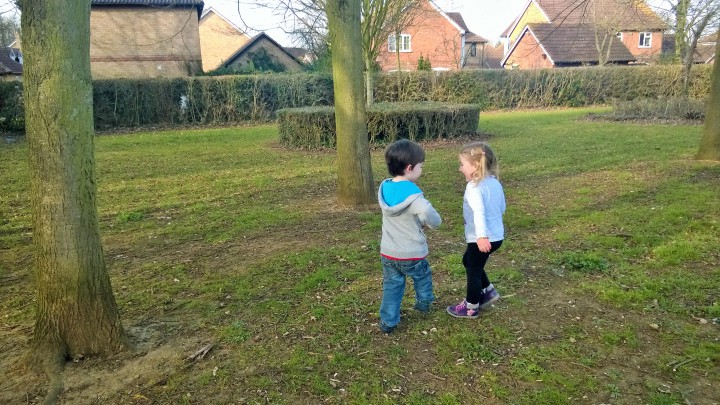 They even got an ice cream on the way home, lucky kiddies :). They stayed for tea then it was time for them to head home. I’ve said before how much I value their friendship and I really, really look forward to seeing the kids grow and play together over the years to come :).

19 thoughts on “Fun with Friends”