It was Daddy’s birthday last week and for a while I had it in my head that it would be nice for Monkey to make him a special picture that he can take into his office. Monkey loves painting and there are lots of pictures around but I wanted to make one a bit special for his Daddy.

Then I saw a post from Iona at Redpeffer who used masking tape to make a masterpiece with paint, and an idea was struck.

I bought some masking tape and then set about taping a message onto a piece of paper with the idea that I could remove the tape after Monkey had had his fun with the paint. ( We tried something similar with wax crayons and watercolour paints a while back which wasn’t particularly successful!)

Can you see what it says yet? 😉 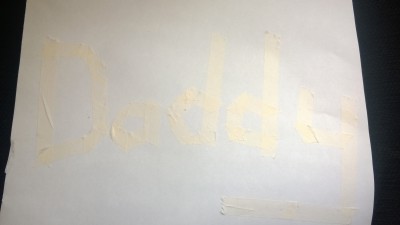 Then the day before Hub’s birthday I let Monkey loose with some paints, which he loves to do! 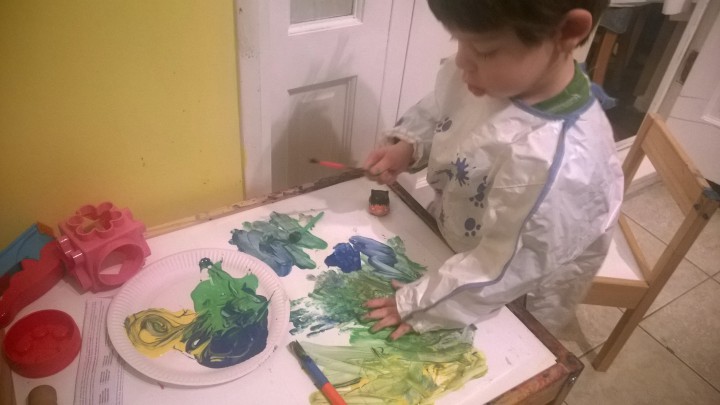 After the painting fun and before it got too dry I then set about peeling off the tape. I think I had left the tape on the paper for a bit too long ( acouple of days before we got round to painting :/) as it did peel the top layer of the paper off with it, but, overall it was pretty successful. 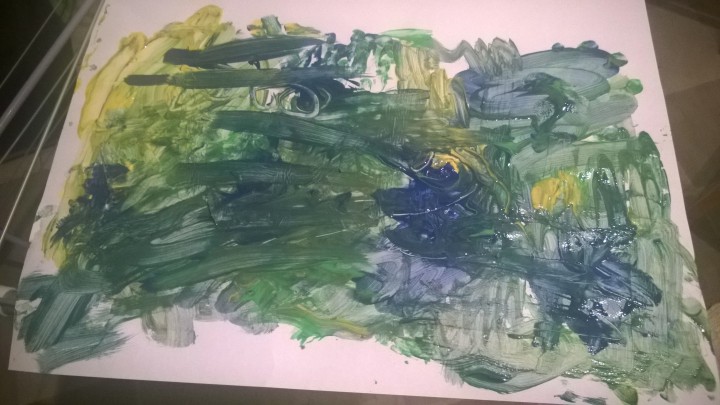 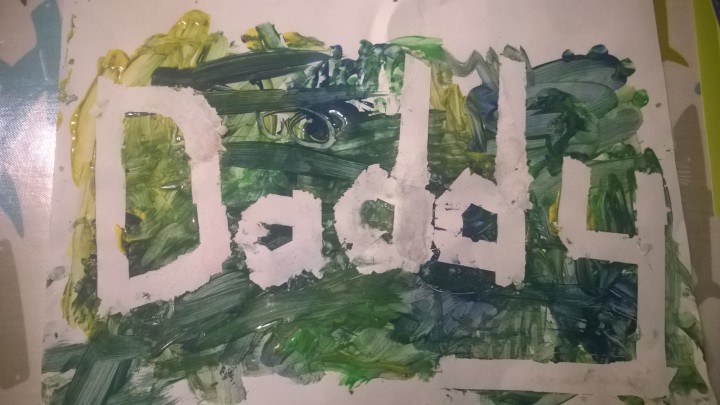 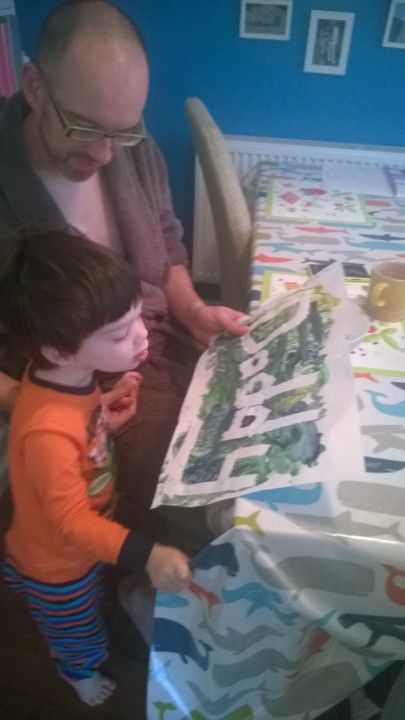