Every other Friday afternoon after work, my little bro pops round for a play with his nephew. He’s quite lucky in that he finishes fairly early and only lives round the corner from us so he often pops over from about 4pm. His name is Mark and as a kid, and as he is 4 years younger than me, and 6 years younger than our big bro, he was always known as Little Marky. As he grew up he lost the y off the end of his name, but somehow, since becoming an uncle, the y has reappeared and he is Marky once again – but this time he is Uncle Marky.

Monkey loves his Uncle Marky and loves it when he comes to play. He loves all his family but having Uncle Marky come round so regularly is so lovely for them both. I have to say I love it too as I am usually flagging in the afternoon and love having someone else to play with the little Monkey. He quite often naps till nearly 5 most days so every other Friday I try and put him down a little early, or I get him up early to maximise his playtime!

Here is a few snaps of them at play on his recent visit. Such cuties together! 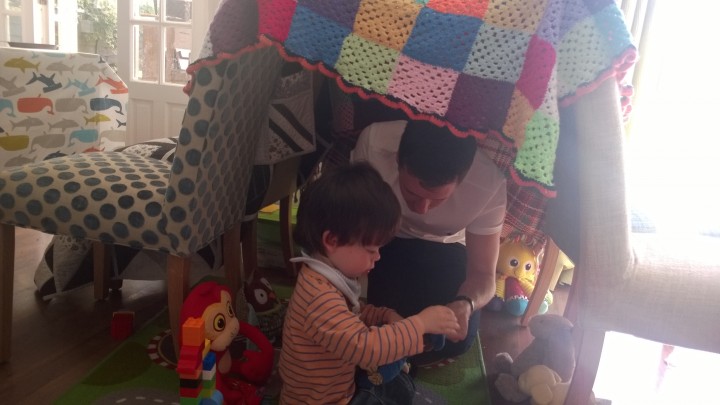 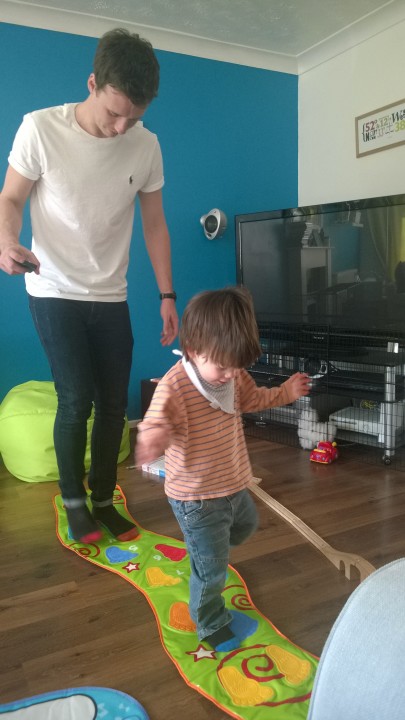 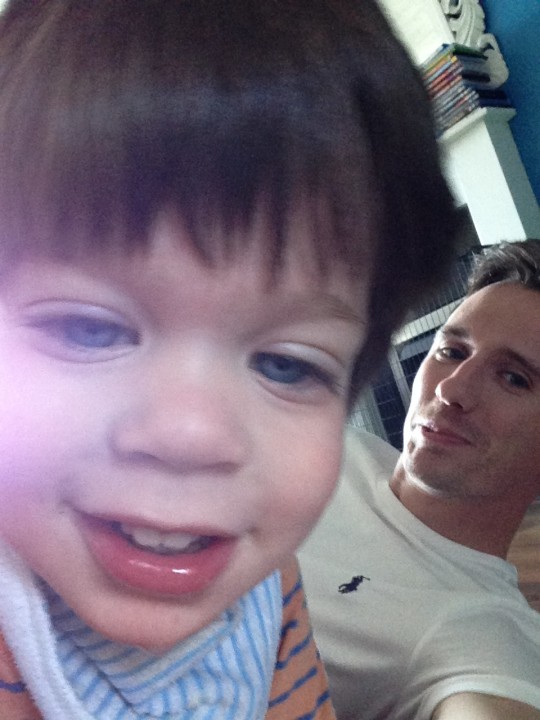 A selfie of the pair of them on Uncle Marky’s phone!