Ever since Monkey learned to talk I have been trying to keep a note of all the lovely, funny or cute things he has come out with and I love looking back on them. Now our Little Miss is talking more and more every day and I want to make sure I catalogue the things she comes out with too. Because I struggle to post anything regularly these days I’m going to combine both kids’ sayings in one series of posts, My children’s chatter. 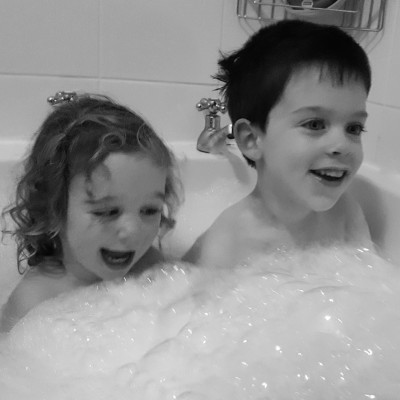 So Monkey first, I’ve been collating these for some time so there’s quite a few things he has come out with that have really made me chuckle! Monkey is 4yrs 5 mths

When I asked Monkey to put away all the toy cars he had got out:
Monkey: “But I haven’t got hundreds of hands”
Me: “You got them all out”
Monkey: (looking at his hands) “I can put them away 2 at a time” Bravo Monkey haha

Monkey:”You’ve got to see this. It’s amazing.”

There has been some real cheekiness lately too, and a great deal of imagination which you have to admire.
One day after playing with a toy phone: “I was on the phone to Uncle Simon. I just phoned him and he asked if I would like to go to his house in the morning in the afternoon when LM is asleep.” Oh did he now? lol This was followed by “I just spoke to Granny on the phone and she would like some wipes to clean the windows cos they’re really dirty. We need to go there now!” Look Monkey we know yu love going to Granny’s house but when have we ever taken wipes to help her clean her windows? lol

He also went through a (thankfully brief) stage of coming back downstairs after bedtime, and concocting the best excuses as to why. On one occasion at bedtime he had announced it was his dog Dougal’s birthday the following day and we agreed to have a tea party But shortly after bedtime he appeared down stairs and said “You know, it turns out Dougal birthday is today!”

On another occasion he came down with a cuddly swan to tell us “My swan is a bit hungry.” Ha, nice try darling, back to bed.

I love the way he interprets the wold and the way he thinks he can say things to us the way that we say things to him. He’s obviously used to us being a bit firm sometimes and bless him tries to do the same when we aren’t doing as he wants. he announces “you aren’t doing what I say!” Nope, sorry mate. One day he even yelled at Daddy “Go and get me a plaster right now, 5,4,3,2,1 Go on right now go get it.” As you can imagine it didn’t go down too well but I just wanted to laugh. Hearing the things you say parroted back to you by your child is always weird!

Also in regard to interpreting the world, I loved it when we were watching Star Wars recently, there’s a shot where you see the back of Darth Vader’s head without his helmet, and well it is funny colours, but I love how Monkey interpreted it. “I just saw an ice cream!” LOL 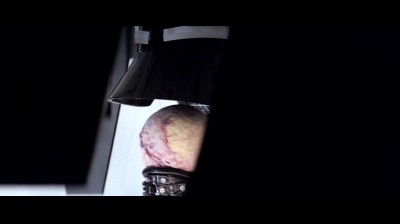 There’s been some little gems of phrases since Monkey has started school too. I mentioned some of his healthy eating comments in a recent post but there has been some other cuteness.

Monkey: “At school yesterday I dropped the back of my badge down the toilet!”
Me: “Oh, did they give you a new one?”
Monkey: “They did! That was very kind!”

Monkey: “Can Daddy take me to school while you and LM get me some popcorn?”

“We learned letters and sounds today like ssss… Not suh, sssss”

nd finally, because it amused me, one day when basically flinging himself around the room he announced:

“Oh my brain. It keeps telling me to fall over!”

With LM at the moment it’s mainly words that she is coming out with, though she does have a few very cute phrases too which she loves to repeat. LM will be 2 next week!

I’m going to list them all here mainly for me record but I’ve also put together a little video of her saying some of these as the way she says some of them is so cute and I want to try and capture them as I know this stage will be all too fleeting. Before long she will be speaking properly and coming out with gems like her big brother.

So, her most common words and phrases: Chick, I did it, Put it back, Moon, Boo (boots), A boo (spoon), Bu (blue), Buh (book), Bo(ball), Buh(bus) No (nose), Hair, Hah (hat), Hiya dada, Wee wee, all wet, Share, Chair, Shoe, Tea, Choo choo. Now some of them sound so similar so you really have to understand the context to get what she is saying sometimes! But she is trying so hard bless her. Now apologies for the quality of the video as sometimes the tv is on in the background and it will jump about a bit but like I say it is mainly a record for me so I remember the way she says them.

So that’s it for now, will be back with some more fun phrases soon no doubt :).