We have a lovely little ‘pick your own’ farm a really short distance from where we live. I vaguely remember going as a child to pick strawberries and had planned on taking Monkey to pick strawberries, but alas we missed the season this year. My neighbour went though and also went recently and said they had the most delicious plums! Plums aren’t a fruit regularly eaten in our house but my neighbour really wanted Monkey and I to join her and her kiddies on a pick your own expedition, and I thought Monkey would enjoy it so off we went.

Monkey absolutely loved it at the farm, so many open spaces to run about bless him and he just kept running around shouting “Berry, berry, berry!” lol. He was quite helpful with picking the plums, although he also tried picking some very underripe ones, and some less than lovely looking ones off the floor! He did try though! 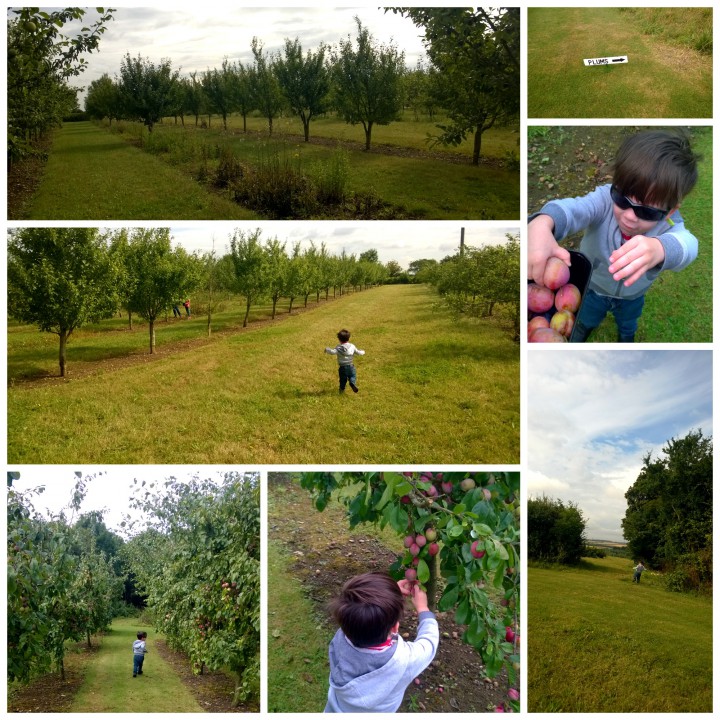 I didn’t realise they also had blackberry bushes and we love a blackberry crumble in our house so we picked some of those too. I was worried he would hurt himself on the thorns but he managed really well and actually tried to eat some of the blackberries and plums, though he isn’t very good with fresh fruit and pretty much spat it all out.

We then had a play on their fabulous play park before we headed home. It was a lovely place and we will definitely go fruit picking there again! 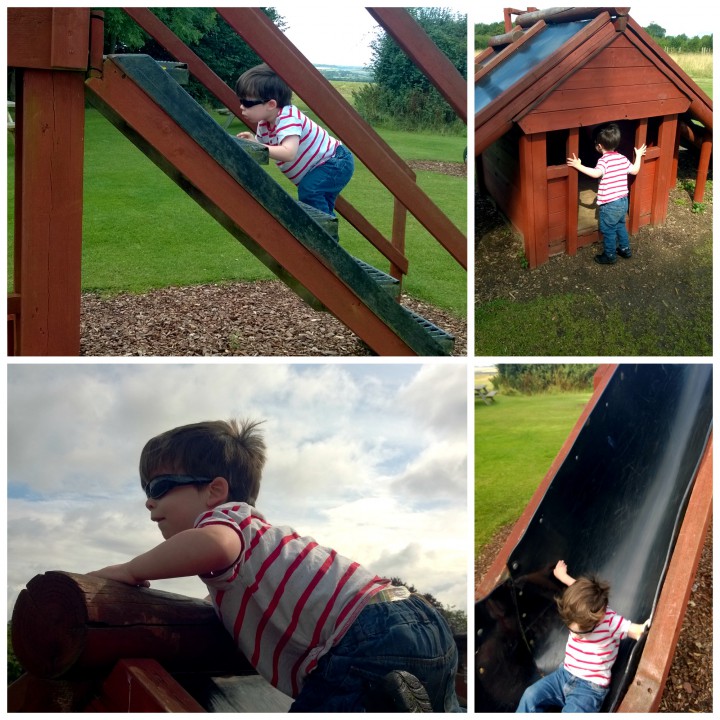 I wasn’t sure what to do with the fruit to start with as neither hubby or Monkey are big fans of fresh fruit, and I don’t really have the energy to make anything complicated. So it didn’t take long for me to decide to make a Plum & Blackberry crumble. I love making crumbles mainly because they are so easy to make, are absolutely yummy and get some fruit inside us (albeit with a lot of sugar involved!)

Here is our recipe for a lovely crumble. My fruit measurements are very vague and can be interchangeable with a lot of fruits. I originally used this recipe to make a rhubarb crumble, though with rhubarb you also need 50ml of water, which I left out in this case as the plums were so juicy in themselves! 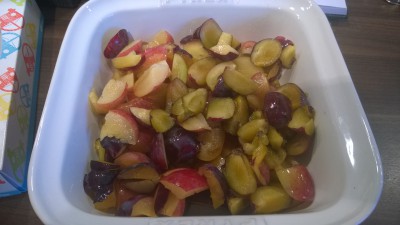 Place the chopped into fruit in an ovenproof dish and sprinkle with the Caster Sugar (and water if necessary i.e with rhubarb)

Put the Flour, Oats and Demerara Sugar in a separate bowl. Add the butter and mix in with your fingers until it resembles breadcrumbs. It is ok if there are a few lumpy bits.

Sprinkle crumble mixture over the fruit as evenly as possible, and don’t pat down too much.

Bake for 35- 40 mins or until the topping is golden brown and the fruit is bubbling around the edges.

Serve with custard, or a good dollop of ice cream! 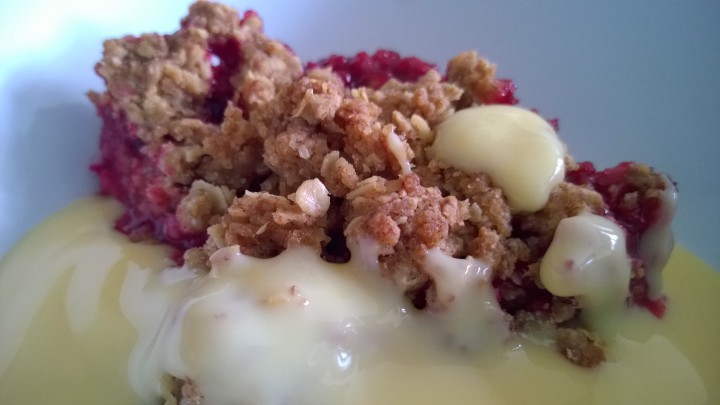